Players use a parachute to jump from the plane and select a place to land. Players are to find weapons and supplies to extend their game life. The sole purpose is to be the last man standing.

Players can choose to play Solo vs. Solo, Duo vs. Duo, Squad vs. Squad, or Solo vs. Squad to get better at the game. The game lasts for about 10 minutes; at that time, players are supposed to stay in a safe zone and kill enemies to become the winner.

Free Fire is a mobile-based game available on Android and iOS. In 2019, Garena Free Fire became the most downloaded game globally. Same year Free Fire also received the reward for the “Best Popular Game” by Google Play Store. But you can also play Free Fire on PC.

Free Fire is gaining a lot of attraction from players all over the world and becoming more and more popular. As of May 2020, the game sets the record with over 85 million daily active users around the world. Most amazingly, Garena is currently working on a new version of Free Fire to make it much better than it already is.

As you have already known, the Free Fire 3rd Anniversary Event has already begun. With all of the fantastic rewards and new stuff, it’s going to be the most memorable event in Free Fire history. You can get free characters, prizes, the new character, Bermuda Map, etc.

Free Fire 3rd Anniversary has brought a lot of rewards, so it’s safe to say that F2P players can have the character they wanted for so long, outfits, gun skin, and other rewards.

Free Fire has revealed some of the events, and some will be revealed later. The events are divided into missions like Exploration Missions, Time Capsule, etc. Then those events have sub-parts that you have to complete in order to claim or exchange rewards. 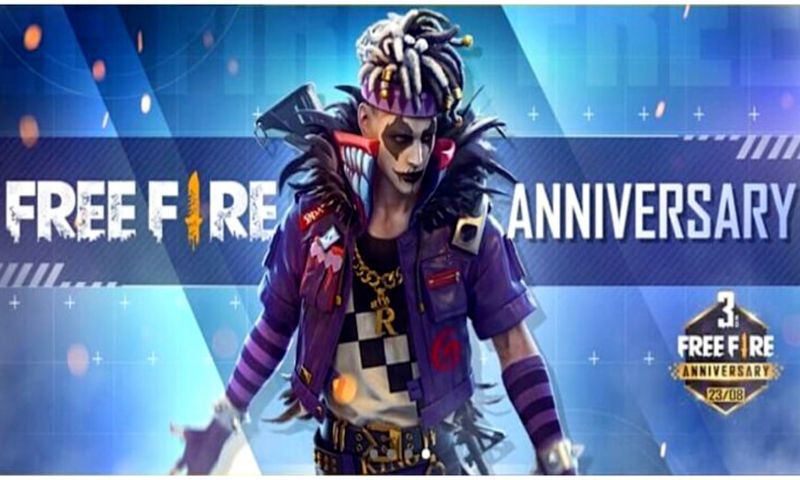 Today, I will tell you all about chips, how to collect Blue Chips in the Free Fire 3rd Anniversary and How to use them.

How to collect Blue Chips during the Free Fire 3rd Anniversary Event?

Every Free Fire 3rd Anniversary major event will come with unique and exclusive tokens, which you can easily collect by completing missions or playing matches daily. The Blue Chips event is currently on, you have to earn these exclusive tokens (Blue Chips), and then you will be able to exchange it with different rewards in the Capsule Store. 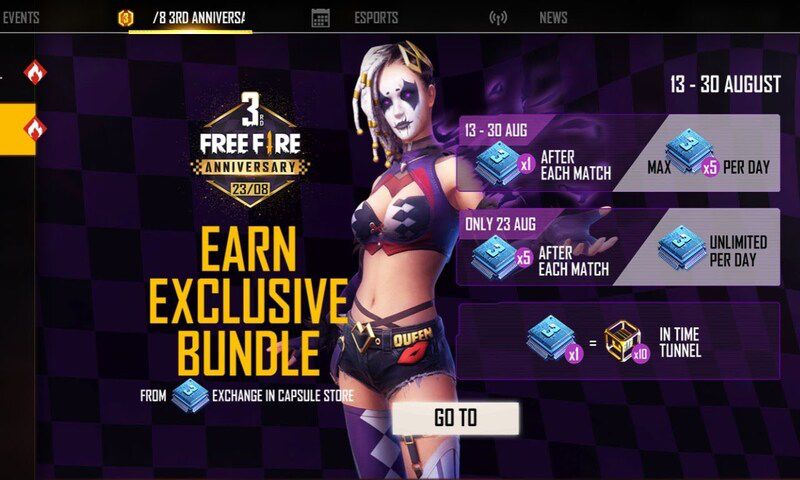 During the 3rd Anniversary event, you can earn free Blue Chip after every match you play. But the maximum limit of daily free Blue Chips is five per day. Players can play any mode, for example, Clash Squad, Battel Royale, etc.

On peak day (August 23rd 2020), players will be able to earn five Blue Chips after every match, and the fun part is there will be no maximum limit, so the more you play, the more Blue Chips are there for you to claim your favorite rewards from the Capsule Store. You can also get Blue Chips by putting Ten Time Token in the Time Tunnel.

How to use Blue Chips?

To be able to exchange Blue Chips for Ultra rewards, you have to complete certain requirements in Time Tunnel. Ultra-prize set brings you a lot of awesome stuff. You can exchange Blue Chips in two orders one by one or 10 by 10; the rewards will be randomly selected for you from the prize set. You will only win rewards from a normal prize set if you selected a normal prize set. 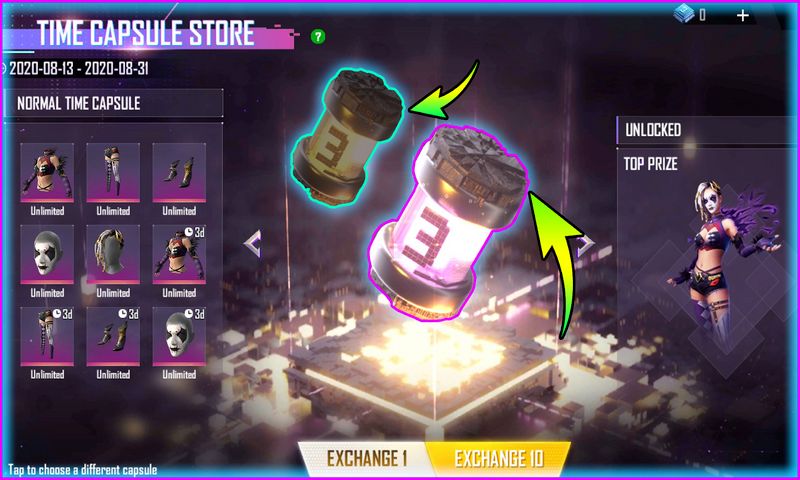 Players can exchange unlimited Blue Chips for rewards, in Normal and Ultra prize set, during the 3rd Anniversary time.

LDPlayer is an android emulator that offers a chance to play your favorite high graphics mobile games like Free Fire on PC.

LDPlayer is the best emulator for Free Fire; it doesn’t just provide high FPS and graphics; it also includes game boost, especially for Free Fire. This means now you can play all your favorite games, including Free Fire on PC with mouse, keyboard, and gamepad.

LDPlayer introduced a special event for Free Fire 3rd Anniversary. Players can earn up to 22000 Diamonds (From prize pool up to 300k diamonds) by just following simple instructions like engaging in Facebook comments, Reddit community, and by making a YouTube video using LDPlayer emulator. Feel free to take part in the events and you might be the winner!

Free Fire is gaining a lot of attraction from players all over the world and becoming more and more popular. As of May 2020, the game sets the record with over 85 million daily active users around the world. Most amazingly, Garena is currently working on a new version of Free Fire to make it much better than it already is.

You can also play Free Fire using the LDPlayer emulator to get Free Diamonds and the characters you like.