Influencers are the real power users of social media. People listen to what they think and use the advice they give. Their insights are generally highly trusted by social audiences and can give you a lot of credence if they talk about your products and services in a positive light.

However, it’s not always easy to see who the influencers are, let alone whether they are yet in your followers or fans, so I’ve come up with a few quick tips to help you along.

Forming relationships with influencers within your niche is invaluable. It means that followers can connect with your brand by using what they see as a trusted source. This of course will strengthen your brand, increase engagement and hopefully increase sales.

How do I find them?

Firstly, it’s wise to remember that the fans and followers you have on social that engage a lot with your content are not necessarily influencers. Whilst there are apps that promise to tell you the top influencers on your page or Twitter account each week, these are really just your most active fans, and not true influencers.

For the moment there doesn’t seem to be any tried and tested software for discovering who the influencers are in your following.

However, that’s not to say that there’s no technique for discovering and connecting with influencers for you niche.

Niche is the word you should pay attention to more than anything else. You need to find influencers within the same industry as you if they are to be effective. 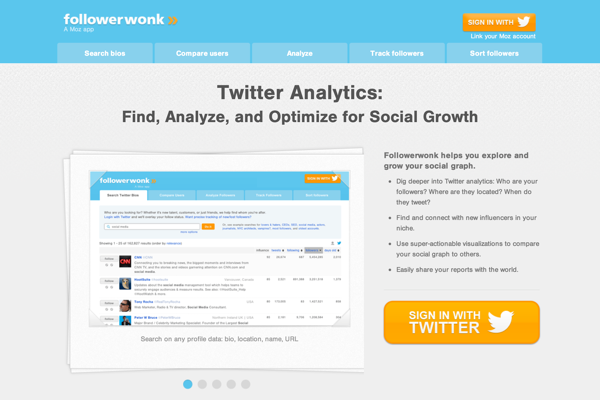 One tool that is very useful for finding and connecting with influencers is Followerwonk, which allows you to search for followers and influencers in your niche, with useful information available such as how often they tweet, the activity of their followers and so on.

Followerwonk comes in a free and pro version and allows extensive analytics of Twitter, including the top influencers in your niche, as well as who interacts the most with you and why. It gives all users a social influence score so that you can easily target and add the most influential users.

Influence scores are based on retweets, so if you’re looking at your followers, you will be able to see who is the most likely to retweet you.

There are a few good ‘top fan’ apps that can be added to Facebook to determine who is engaging with you the most and you can use Klout Topics scores to determine which fans are the biggest influencers per niche. Be careful to consider if they are influential in your niche though, as some people have a high score just because they update their posts often.

You can also use Agora Pulse to manage fans and engagement on Facebook. Social Statistics is also useful for finding the top people on G+, based on how many followers they have and how often they update.

LinkedIn very helpfully provides a list of top influencers which it’s adding to all the time and you can even apply to be one if you think you have the time to produce excellent content.

All-in-all, it would seem that the top influencers tend to be on Twitter, so Followerwonk is a good place to start. Once you have begun to identify them, then you can begin to target with high-quality copy that will, hopefully, get you noticed.

Did you enjoy this showcase? We would love to hear your thoughts, so don’t be shy and comment below! Please don’t forget to subscribe to our RSS-feed or follow Inspirationfeed on Twitter, Google+, Tumblr, and Facebook! If you enjoyed the following article we humbly ask you to help us spread the word!