We could talk for days about the long and troubled history of the makeup industry, as well as its tendency to promote narrow beauty standards.

Instead, today we’ll be talking about how things are changing for the better.

The push for diversity in media has reached far beyond our favorite movies and TV shows. After many years, the beauty industry has started to broaden its horizons. In the process, it’s made room for more inclusive beauty standards, which has had a major effect on the makeup products being produced.

But there has also been a grassroots movement among customers and influencers that has been steadily promoting diversity, self-care, and body acceptance.

A major player in this movement has been star YouTuber Anncy Twinkle.

If you’re already familiar with the online beauty community, then our expert guest today should need no introduction. To those in-the-know, Twinkle’s online pedigree is beyond reproach. With currently more than half a million subs on YouTube, Twinkle has found popularity by combining genuine advice and makeup tips with a genuine and very down-to-earth presentation style.

As we learned during our conversation with Twinkle, this sense of positivity and humor doesn’t apply just to the content she creates for various platforms, but also to her life philosophy.

Even after gathering millions and millions of views on YouTube and amassing an impressive following on social media, Twinkle doesn’t take herself all that seriously. More than anything, she’s been delighted to see that what she makes has connected with so many people.

There are lessons to be learned from Twinkle’s online presence and the very positive community she’s created, especially for the makeup industry as a whole. 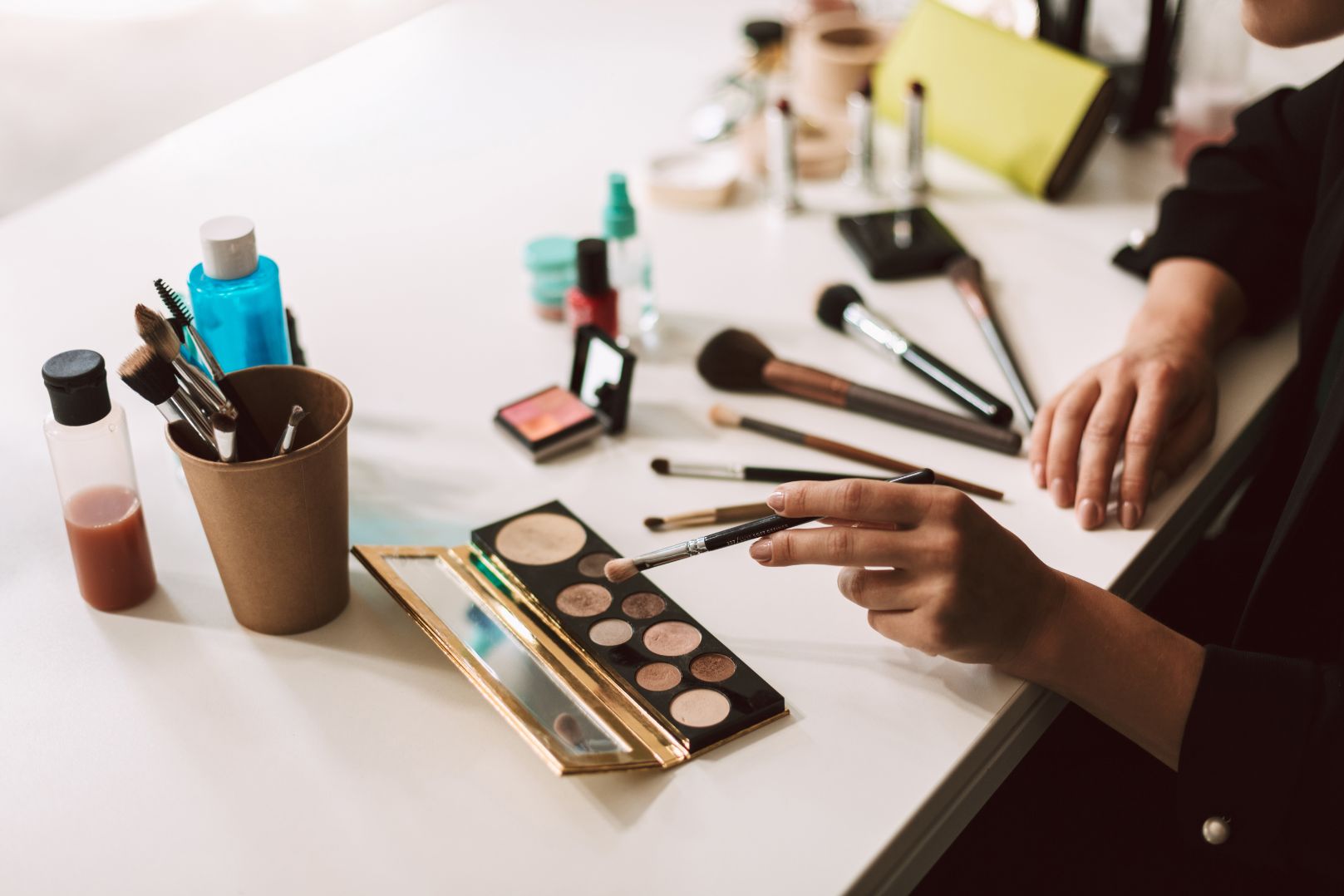 We mentioned it at the start, but we can’t overstate just how much things are changing in the world of makeup.

Twinkle very briefly commented on how the beauty/makeup industry has started to accommodate more people and skin tones in recent years, and she feels that it’s tied very closely to ethnic representation in popular media as well.

“Even a few years ago it was really weird, I could never find somebody who looked like me in popular media. It’s really great that brands are expanding their shade ranges. It’s really cool to see how the industry is expanding and getting better every year!”

When independent content creators praise and bring attention to these changes, it gives makeup companies even more of a reason to produce products and product lines that are much more inclusive.

The online response has proven there’s a significant consumer base for these new products, and it’s inspiring to see that more and more people now feel like they’re part of the discussion.

We’ll stop short of making any major predictions for the future of the beauty industry, but it’s safe to say that makeup companies, both large and small, will continue to see proof that making products for everyone isn’t just the right thing to do. It’s also extremely profitable.

Even beyond providing options for a wider range of skin tones, customer bases also represent many different makeup styles, not just the very limited set of makeup standards that have been around here in the US for decades.

The appeal of positivity

It would be misleading to say that more traditional makeup channels and advertising are inherently negative, but unfortunately, many of them highlight an implicit beauty standard.

If a viewer spends a lot of time watching a pro perfectly apply some very complex makeup, it could be easy for them to feel bad for not being at the same level, especially if they’ve tried the same look multiple times without success.

A lot of makeup videos on YouTube don’t show previous attempts or outtakes, even if the creator had to try the same look a dozen times before getting it right.

At first, Twinkle tried hard to live up to this unrealistic standard with her own early videos, but the moment of epiphany came when she started to take a more personal approach.

“It took me a while to be myself, but once I got the hang of it I decided to not be this cookie-cutter personality type. I want people to watch me and know it’s ok to be clumsy or it’s ok if you have a bad makeup day. Positivity isn’t all about constantly being happy, it’s incorporating both positive and negative into your perspective and choosing to be optimistic.”

Leaving room for mistakes was a breakaway moment for Twinkle’s channel. That easygoing attitude attracted more and more viewers who were eager for a more laidback vision of makeup and personal beauty.

This style also gave Twinkle the perfect chance to showcase her unique sense of humor. She felt that doing makeup should be fun, not just another daily chore to slog through.

The forming of a fandom 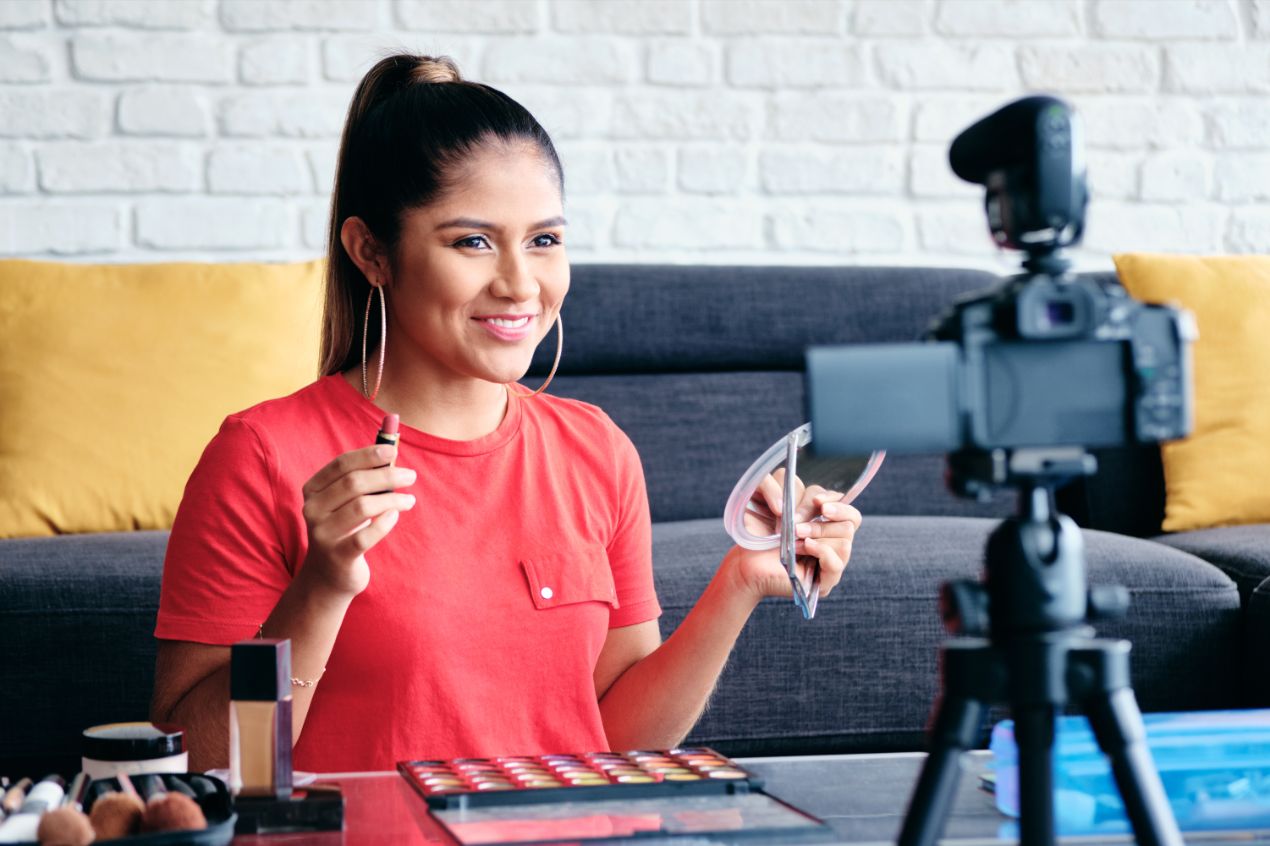 But it’s not just Twinkle’s content that has this air of positivity and encouragement. Her channel has attracted a following that’s just as happy to keep things light and fun, which is pretty uncommon for online communities in general.

While way too many YouTube commenters focus on trolling or posting negative comments to antagonize creators and users alike, Twinkle has managed to foster an environment of cooperation and playfulness.

“I have the world’s best comment section! I’m probably the only creator with over a half a million subs who also gets so much love and respect on the daily. On days where I feel unmotivated and unproductive, I’ll see some funny, caring comment, and honestly, that’s one of the best feelings in the world.”

It’s become a cycle of positivity. Twinkle’s fandom encourages her to make new uplifting and fun videos, and, in turn, those videos uplift their audience.

Sadly, this dynamic is rare on YouTube, Instagram, and Facebook, but Twinkle’s rise to internet fame gives us a playbook for how it’s not just possible but preferable.

Before we wrap up, Twinkle had some very useful advice to share with any aspiring artists and creators out there who are looking to share their work, and themselves, with a larger online community.

Not everyone shares the same journey when it comes to their social media and online presence, but these nuggets of advice highlight just how important it is to be yourself and have fun with what you make. 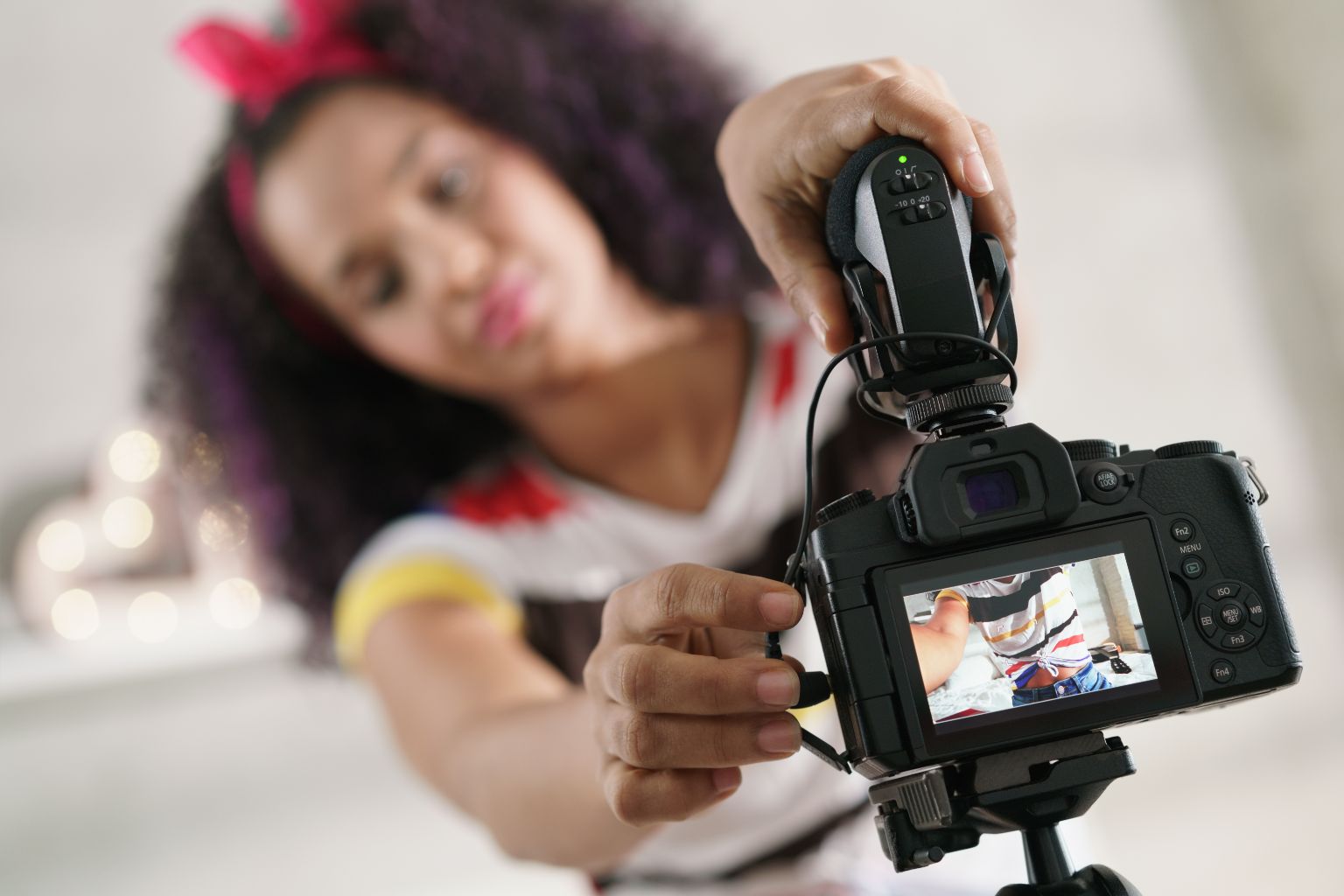 If you’ve ever tried to get a YouTube channel started, then you already know how intimidating it can be to post something for all the world to see.

Seeing all the ultra-successful channels out there can be discouraging. Why aren’t your videos clicking with audiences?

Well, we’d like to mention that Twinkle went through a similar time when she was striking out on the platform.

“I was so cocky. I assumed my first video would hit one million views instantly and I’d become an internet sensation overnight. But instead, I just had a bunch of high schoolers mocking me. My channel blew up when I did a Vlogmas one December and made a skincare video that hit one million views. It makes me happy that I helped people with their skin and confidence.”

If you’re having trouble staying motivated to make content, try to remember that even the most successful content creators out there have gone through similar struggles. Don’t be afraid to experiment and learn through trial and error.

Don’t forget that even negative comments can help promote your videos in the long run, since YouTube classifies any interaction as some form of engagement.

Take it all with a grain of salt and don’t let a few bad eggs spoil the omelet. 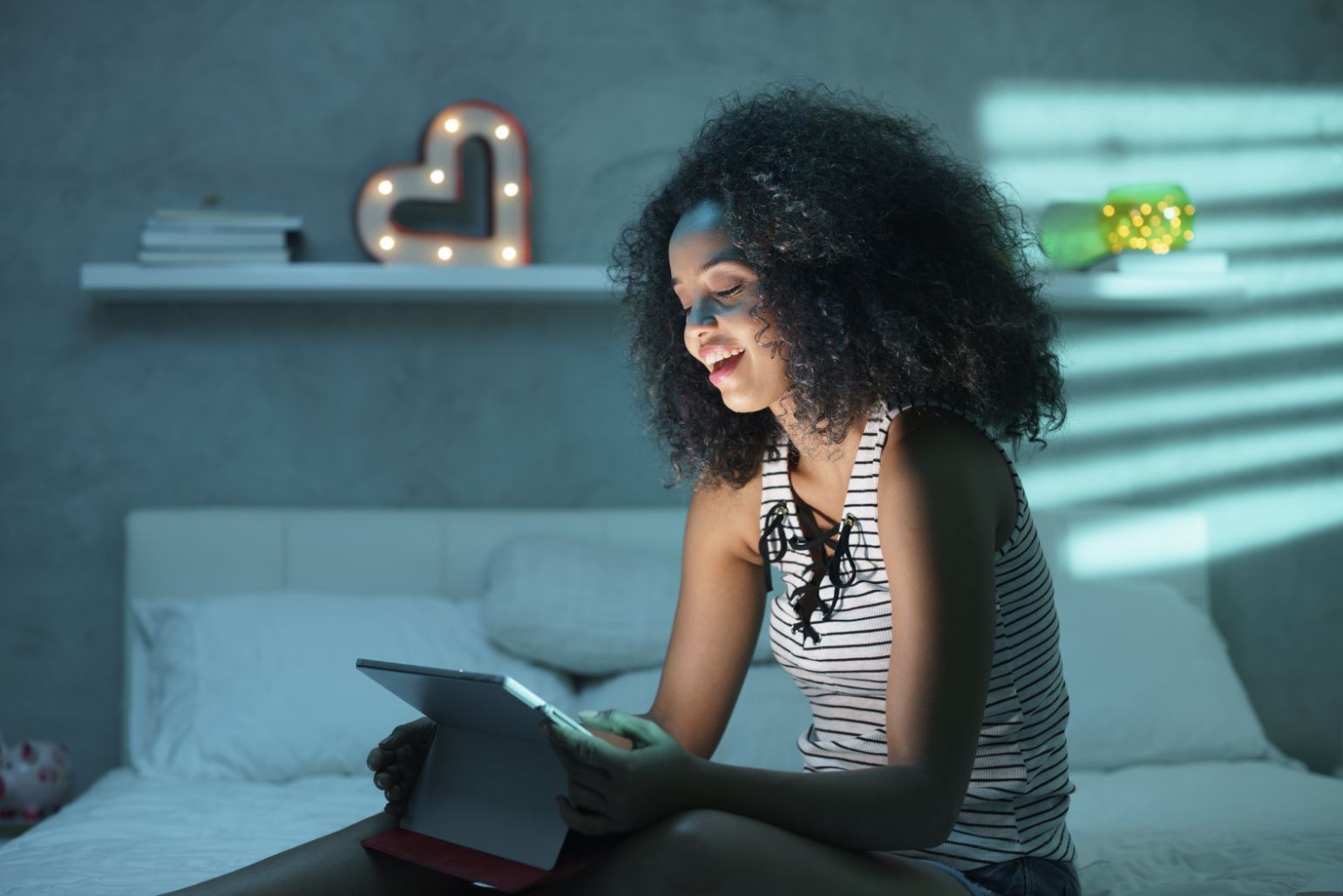 Last (but definitely not least), Twinkle believes that everything you make should be something you’d actually want to watch.

Enjoying your own videos and prospective video ideas can have a huge influence on your own sense of motivation, pride, and progress.

“Ask yourself what you would want to watch. If you don’t enjoy the content you create, you won’t be excited to get out of your bed to edit your videos, and maybe you’ll never even be motivated enough to make one in the first place!”

If there’s an idea you want to try, go ahead and explore it when you have the time. It might not turn into something you want to post, but every individual project will teach you something new about yourself and the kind of videos that you like to make.

YouTube and other content platforms leave so much room for creativity, fun, and, yes, positivity. Making upbeat, heartfelt videos, like Twinkle has, really can help viewers feel better about themselves and enjoy the small things.

We’d like to thank Anncy Twinkle for taking the time to speak with us and sharing so much about her personal creative process and what it’s been like to reach the heights of YouTube stardom.