Nail-biting is a behavioral issue that reportedly affects at least half of all children and teens. Most people generally stop biting their nails after their teenage years. But for others, the problem may continue well into adulthood.

Nail-biting goes by the clinical term onychophagia. The habit falls under a group of behaviors clinically known as body-focused repetitive disorders (BFRDs). BFRDs encompass seemingly subtle yet inherently harmful behaviors that may have far-reaching medical implications. They range from occasional benign habits to deeply-rooted self-mutilative behavior. Other common BFRDs, besides nail-biting, include hair pulling, nose picking, and skin picking.

Like other body-focused repetitive disorders, nail-biting is a severe medical issue that should be nipped at the bud. Without timely intervention, the disorder may lead to a wide spectrum of other medical conditions.

Fortunately, there are numerous remedies you can apply to stop nail biting for good. In this post, we unpack everything there is to know about nail-biting. Some of the areas the article will address include the causes of onychophagia, as well as potential risks and remedies for this self-mutilative behavior.

Why Do People Bite Their Nails?

The following are some of the potential causes of onychophagia;

Genetics plays a major role in the development of onychophagia and various other body-focused repetitive disorders.

Studies suggest that kids born to parents who bite their nails are more likely to bite their nails too. Most of these studies further claim that the disorder may be inherited even if the parents stopped biting their nails while moving into adulthood.

Common mental problems that may trigger onychophagia include;

Attention deficit hyperactivity disorder is a chronic condition that presents as attention difficulty, impulsiveness, and hyperactivity. The disorder is more common in children than adults, and nail-biting is one of its core symptoms.

MDD is a mental health condition marked by a depressed mood or a loss of interest in naturally stimulating activities.

Generalized Anxiety Disorder is the most common anxiety disorder affecting millions of people worldwide. The condition is marked by intense feelings of worry even in the absence of real stressors.

SAD is a leading anxiety disorder characterized by feelings of nervousness while in public places.

Considered one of the most severe forms of anxiety disorder, panic disorder is characterized by sudden and unexplained feelings of worry. Victims of panic disorder may think they’re having a heart attack or dying.

PTSD is an anxiety disorder that affects people who have been in traumatic experiences. It’s common among victims of domestic abuse, genocide survivors, and soldiers coming from close-combat encounters.

True to its name, OCD is an anxiety disorder marked by excessive thoughts (obsessions) and repetitive behaviors (compulsions).

In oppositional defiant disorder, not only does a child become anxious and start to bite their nails. They also develop a habit of defiance and disobedience to authority figures, which makes it even harder to stop the behavior of nail-biting.

Probably one of the rarest mental causes of onychophagia, Tourette syndrome is a nervous system disorder characterized by repetitive movements. The movements may also occur side-by-side with undesirable sounds.

Boredom may cause your mind to wander off into things you’d normally not do if you were otherwise occupied. One such thing is nail-biting.

Impatient may also induce onychophagia. And so can frustrations.

iv. A Need to Concentrate

Some people bite their nails as a way of unlocking their creative mind. Although there are no credible studies suggesting that nail-biting may activate the thought process, numerous anecdotal reports claim it does.

What we know for sure, however, is that most people who bite their nails during intense moments of concentration do it unconsciously.

What Are The Triggers? The triggers of onychophagia fall under four major categories, namely;

Nail-biting almost always results in abnormal-looking nails. But besides the cosmetic implications, onychophagia may also trigger a spectrum of medical issues.

For starters, you may suffer fungal, bacterial, or viral infections in the nail plate surrounding the skin as well as in your stomach.

Nail-biting may also cause various harm to your teeth, including chipping, misalignment, and dental resorption. Plus, it’s a risk factor for temporomandibular joint pain and dysfunction.

9 Ways to Stop Biting Your Nails

The most effective way to stop nail biting is by establishing and treating the triggers. All you need to do is ask yourself what makes you bite your nails and when you do it the most.

It’s impossible to prevent your nails from growing. In fact, long nails are a source of pride for most cosmetic fanatics. 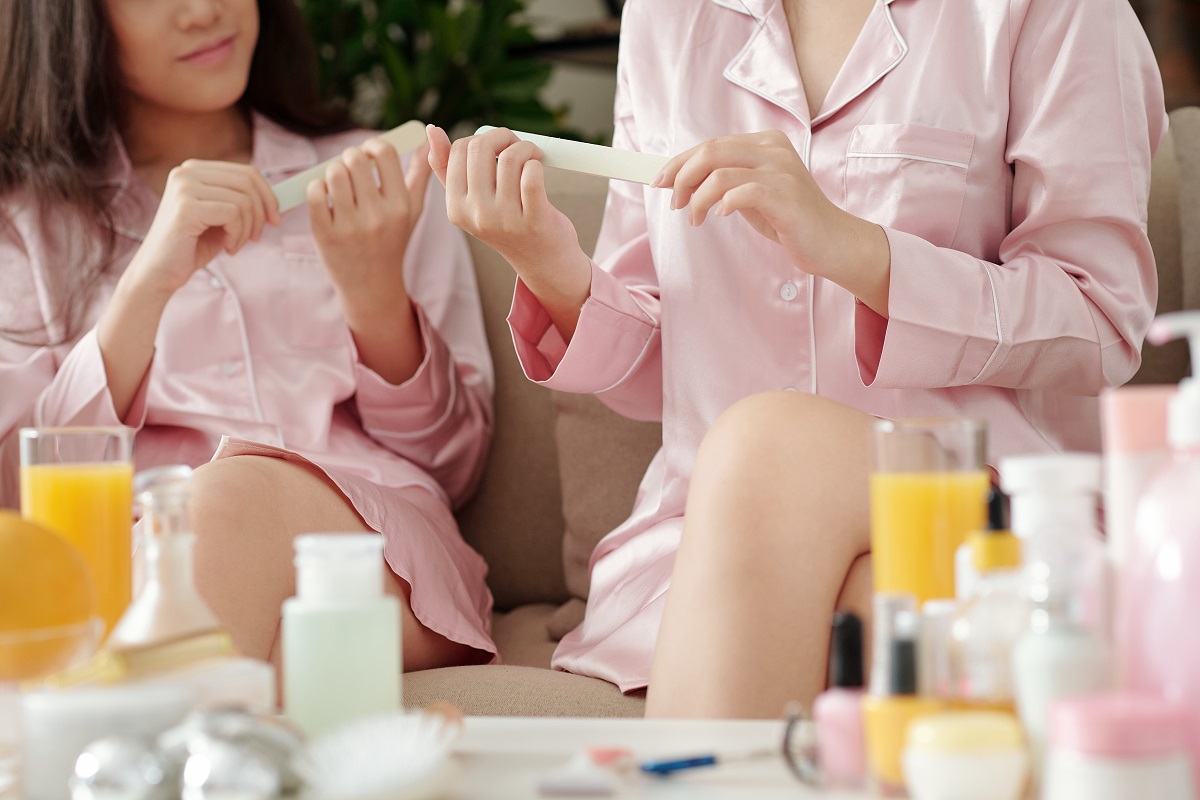 Manicures are some of the most affordable cosmetic treatments. Besides leaving your nails sparkling, manicures may also go a long way in helping you stop nail-biting.

Just remember to choose licensed and professional manicurists. That way, you won’t have to worry about getting your nails contaminated by unsterilized tools.

Nails are generally more tempting to bite when they’re plain and uncovered. So, one way to overcome this temptation is by covering them in undesirable materials, such as stickers and masking tape.

Stickers, masking tapes, or even bandages may not look so appealing on your nails, which is a great thing. Whenever you remember why your nails are covered in these eyesores, you’ll make a firmer resolve to stop biting them.

If stickers and tapes don’t work, you can do yourself one better by wearing a pair of hand gloves. Hand gloves are another inconvenience that may work in your favor as far as stopping nail-biting is concerned.

Related  Kundalini 101: How to Awaken Your Dormant Kundalini Energy

5. Coat Your Nails With Bitter-tasting Polish

Most ingredients in nail polish products are generally non-toxic. That explains why many people will bite their polished nails and not report immediate gastrointestinal issues.

But if you’re serious about stopping the habit of nail-biting, then you should consider bitter-tasting nail polish. Besides their bitter taste, these polishes are safe and available over-the-counter.

6. Think Of the Germs

Another way to stop nail biting is to think of all the filth that your fingers may have interacted with. Even if your nails look clean, remember they’re a major breeding ground for harmful bacteria. Biting your nails is akin to swallowing these bacteria whole.

Are you ready to deal with diarrhea or intestinal worms resulting from nail-biting? I guess not.

Basically, these devices operate by reminding yourself not to bite your nails. They vibrate whenever you raise your nails to your mouth.

You may also stop nail-biting by using positive distractions.

For instance, whenever you get the urge to bite your nails, consider chewing gum instead.

However, remember that like nail-biting, chewing gums can also lead to jaw and dental problems in the long run. So, moderation is key.

Also, chewing gum only keeps your mouth busy. And since nail-biting involves both the hand and mouth, you should also consider distractions like fidget devices to keep your hands busy. Examples of fidget devices include a stress ball, a click pen, jewelry piece, and a worry stone. 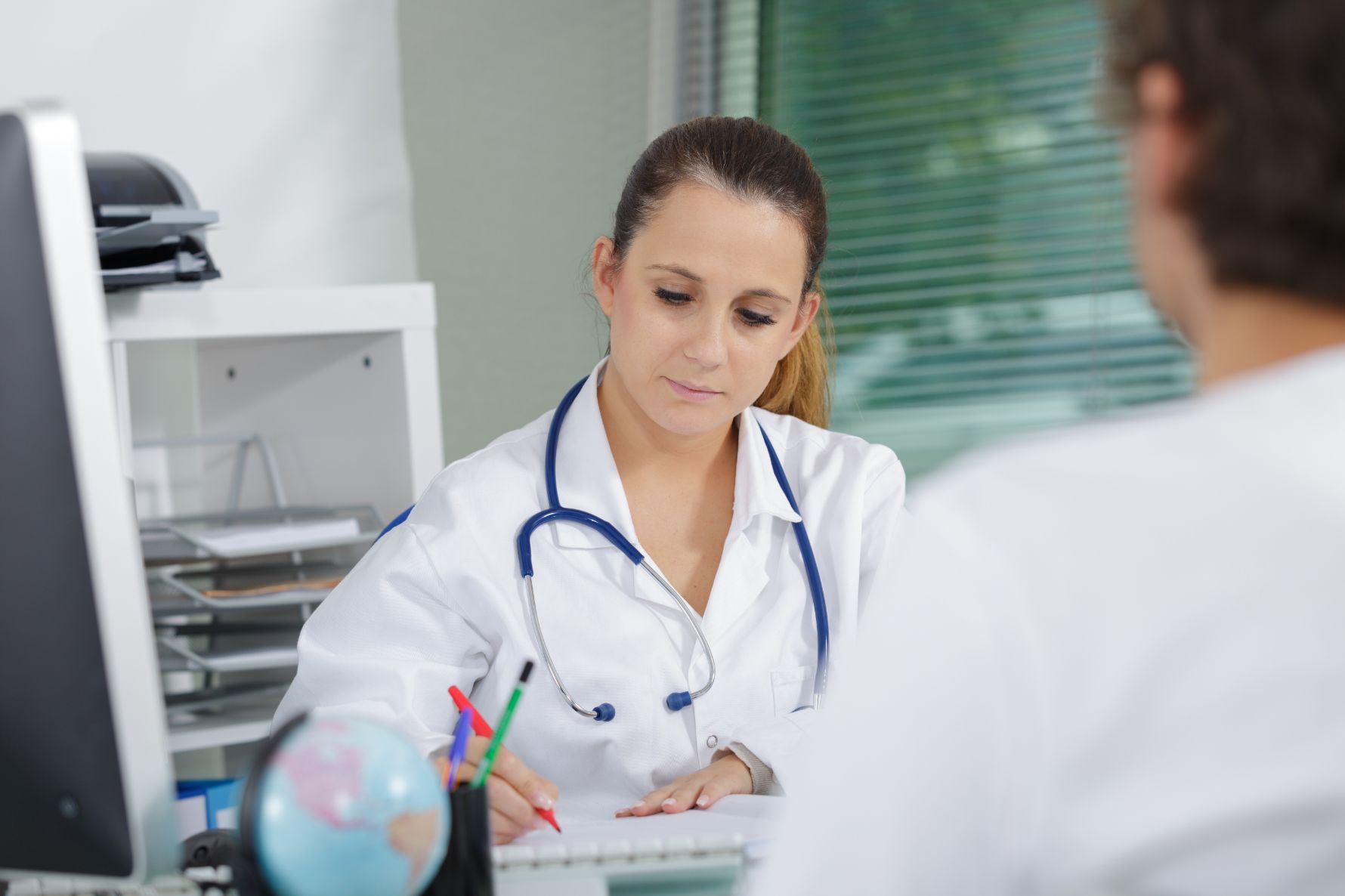 If nothing seems to work despite your best efforts, perhaps it’s best to consult your doctor. Your physician will conduct a thorough diagnosis to determine if you’re suffering from an underlying medical condition known to trigger onychophagia.

Other reasons to secure an appointment with your doctor include if you experience any of the following symptoms;

Nail biting, like most behavioral disorders, takes time to stop. So, don’t expect to succeed in a day or two. Instead, exercise patience while diligently implementing the above-listed remedies.