Impostor Syndrome refers to the persistent feeling of being inadequate or not enough despite all the indications it is not what’s true. It is that nagging feeling of self-doubt which just won’t stop making a person feel less confident about reaching his goals or expectations.

Briefly, impostor syndrome relates to depressive feelings of being unsuccessful or incompetent, but projecting the opposite – you simply impose that you are such when you’re really not.

“They will soon realize I am not really fit for this job.”

There are three major subcategories for these impostor feelings:

This is commonly demonstrated if you feel like you don’t deserve the success you have right now. For example, doubting your promotion in the workplace. This subcategory is associated with paranoia and extreme self-doubt. This includes being paranoid that eventually the authorities or employers would find out that you don’t really deserve to be recognized or appreciated for being excellent at work. You fear that sooner or later, they will be found out your incompetence and the “masks” you wear will be pulled down. Often, there’s also paranoia about how others might eventually find out that you aren’t skilled or knowledgeable at work.

This category is related to any success being attributed to sheer luck and never on your actual innate abilities. People who get this feeling would often say they just got lucky this time for fear that in the next challenges it wouldn’t give the same positive results.

This involves putting one’s self down after a successful feat telling others that it is not such a big deal for you; that it was not that important. This category also covers those who just couldn’t graciously accept compliments being thrown their way. Instead of saying “thanks,” they would say things like, “It was a very easy test even for me.” 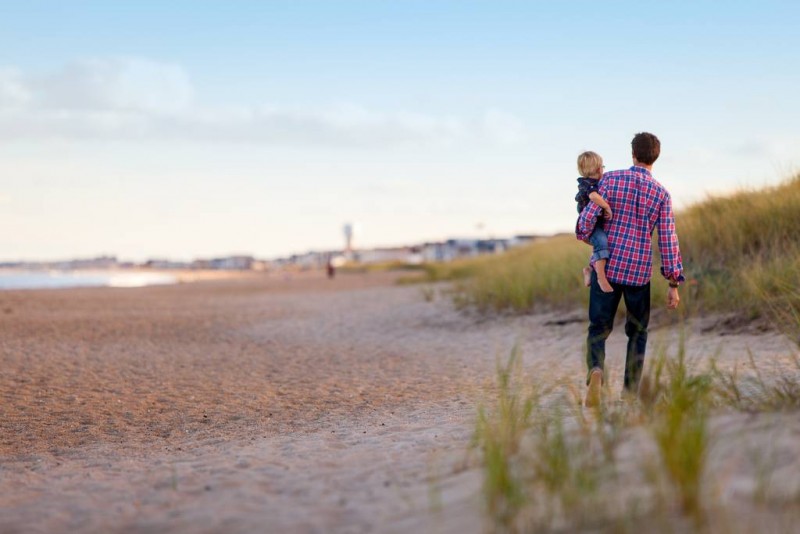 People with impostor syndrome often give in to the feelings they have in the face of success – whether the feeling is negative or positive.

Professionals like teachers, actors and those who work in the social sciences and academia are usually associated with the impostor syndrome. The condition has always been associated with women, but tests say that even men suffer from condition.

A person’s home serves as the original hub for developing certain human aspects like attitude or beliefs. More often than not, the family at home can significantly affect the development of impostor emotions. Unique family situations and dynamics affect this behavioral pattern.

A basic example is a small family with kids who may differ from each other in terms of intellectual and emotional quotients. One child could be naturally intelligent while the other is quite sensitive about things. There will be comparisons between the children that may affect their behavior, particularly their self-esteem.

The child who may not be as smart could be the more compassionate one. However, some family expectations may disregard his compassion. And no matter what that child does to become academically excellent will be insignificant since the parents have already concluded that he is not as smart as his sibling.

There are families that give high regard to intelligence and perfection. As kids grow and get exposed to such an environment, there are children who will always feel imperfect regardless of how much they have already achieved in school. The children would and could doubt the perception they have to live through and think that they are always a failure.

Those suffering from the impostor syndrome find it difficult to celebrate the past and present personal achievements or success. No matter how far you’ve achieved in the ranks or how great you excelled, the feeling of inadequacy persist and self-doubt remains.

People with this syndrome drown in feelings of failure. Impostors are afraid of projecting their actual, real-life success. They are doubtful about themselves and how they really deal with the responsibility and visibility that go with success. The more successful you become, the more tension builds between how you feel inside and other people’s perception of you.

For fear of being found out that you are not capable or a simple fraud, people with impostor syndrome are afraid to fail. If you had any bouts of success in the past, you wouldn’t be able to digest this enough because all you see is that fear of failing the next time and how people will think of your supposed failure.

Attributes and Beliefs of the Impostor 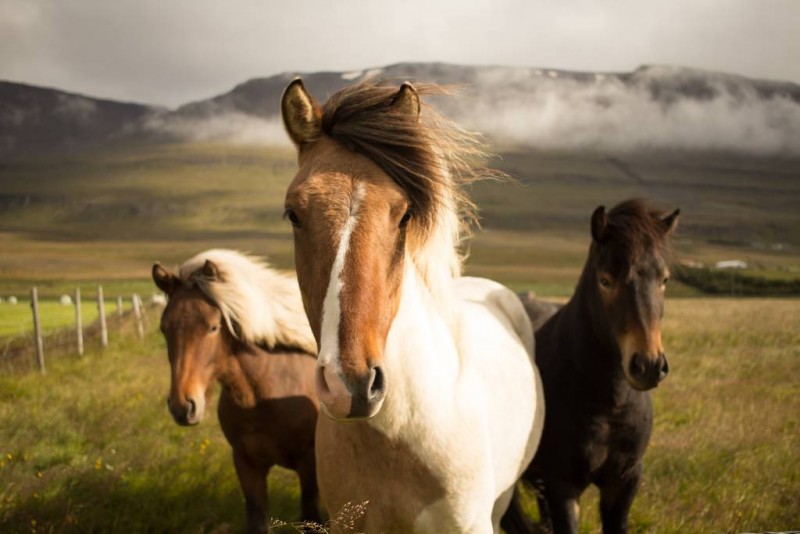 Men and women with impostor syndrome work as hard as they do to keep others from finding out that they are impostors – or are just projecting success, which is really not there – because they are not capable of succeeding.

Those with impostor syndrome would give their superiors what they think they’d want to hear from them. This would often worsen their feelings because in their mind, they are just faking it.

Most people charm their way to their superior’s hearts by delivering brainpower and creativity. Praise from these superiors and their approval mean something. However, for the impostor, the feeling is more concentrated on the charm and not the actual skill the person is capable of.

Those with impostor syndrome would often avoid displaying abilities or showing confidence. There is this intense fear of rejection that if they will show their intelligence they will not be accepted. And so, they would opt to stay invisible, maintain a low profile and not use their intellect for anything just to avoid the perception they fear so much.

How to Deal with the Impostor Syndrome

Being down with impostor syndrome shouldn’t feel like the end of the world. You are not stuck with this condition forever. There are ways you can minimize the feelings of inadequacy. Here’s how you could cope:

Find people you could trust to discuss your feelings with. This would give you that feeling you are not alone.

Learn to identify the emotions you get every day, every time. Being aware is one major step you need to cover. As much as this looks easy, many people are not always conscious of how they think or act.

These happen in your mind almost instantly and that you tend to be unaware of. The automatic thoughts often change how you deal with things, or how you sum up or assess a certain situation or event. An example is that thought process where you put yourself down – when you think you’re not as smart as the others, when you think other people are way smarter than you are, or when you believe your skills are no good.

Attack and Conquer the Monster 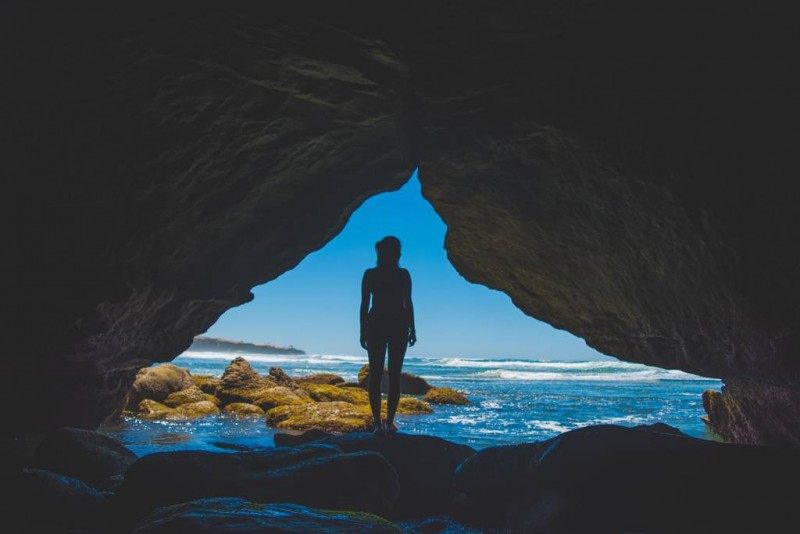 Here are some tips on how to battle it out face to face with that monster of an impostor syndrome you have now:

Know your worth and believe you are worth it. If you work harder than other hard-to-impress people and keep them from finding out you’re “faking” it, then you have to look at yourself at work and see for yourself that you’re not as unworthy as you think you are.

When thrown a compliment, learn to accept and not reply with a habitual negative feedback. Just let the feeling of pride sink in.

Build connections with people with the same values and beliefs as you. This way, you wouldn’t feel left out for so many reasons – age, skills, gender, race, ethnicity, etc. Believe in yourself and work on owning who you are and what you can do. Connect with those who get you.

Do not keep things tucked inside. Find somebody you trust and share your thoughts. Express how you feel by writing them down or by recording yourself. You should not keep quiet about your hang-ups.

List down all the positive things about you. Identify the skills you have and what you are good at. Check what attributes you have that magnetize people around you.

With an objective mind and eyes, see others – their needs, their strengths, their weaknesses. Know and accept their flaws and feel compassion for them and understand. This will help you see yourself with the same brand of compassion and understanding.

Take a hard long look at your fear.

Write down your skills, achievements and experiences in order to understand how you have become successful. Get validation from others.

Laugh and be merry.

A sense of humor will never be underrated. You always have to maintain a happy perspective and laugh as much as you can especially at yourself when things aren’t really working out well. Learn to relax and enjoy life.

Go for that life you want to live.

If you are not happy about the life you have now and the job you have, you should make changes and do something about it. Minimize the worries of not being accepted or of not fitting in. Live your life well.

Impostor syndrome is a condition that can be treated easily. The most important thing is that you recognize this pattern and deal with it as soon as possible.