James Arthur “Jimmy” Baldwin was not just another writer. He was a novelist, a social critic, an essayist, a playwright, and a strong advocate for equality. His works have inspired millions of people worldwide, and his story is one that will continue to touch generations to come. Together, let us learn the roots of this man of honor. 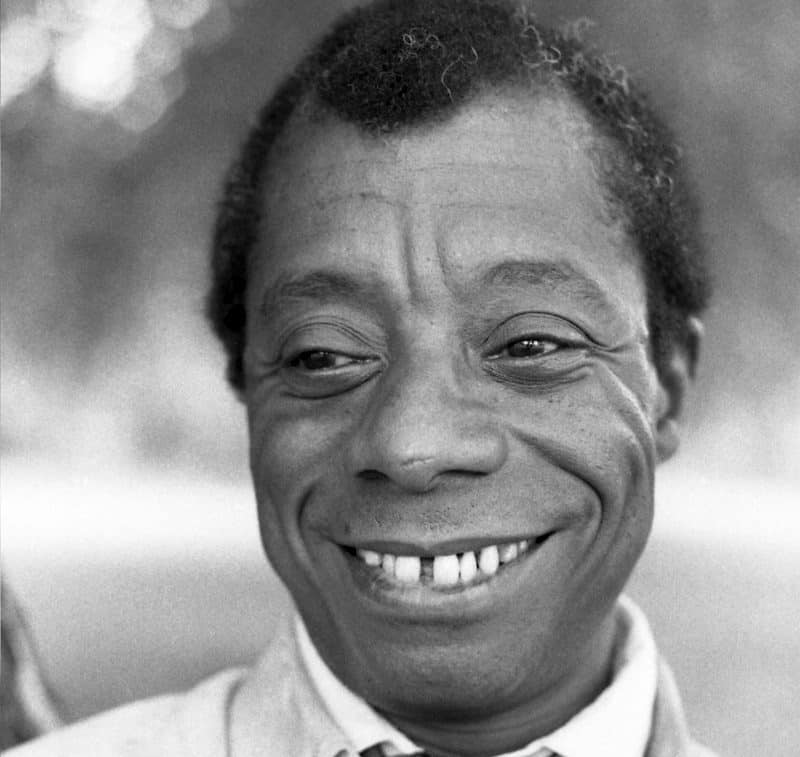 James Arthur Baldwin was born on the second of August 1924. Before he was born, his mother, Emma B. Jones, left his father due to his substance abuse. She escaped to Harlem, New York to give birth. There, she married a preacher named David Baldwin, with whom she had eight children.

The family lived a poverty-stricken life. David Baldwin was exceptionally harder on Jimmy than he is to the rest of the kids. Because of this, Jimmy Baldwin spent his time in libraries. At the tender age of 14, Jimmy Baldwin started to fall in love with writing. His talent was recognized by others, and at 13, he penned his very first article entitled “Harlem – Then and Now”. This article was published in his school’s magazine.

The time he didn’t spend writing he used to take care of his siblings. When he was 10, he experienced abuse from police officers in a show of racism. This is an event that he would experience a couple of times, as documented in his essays.

In 1943, Jimmy’s stepfather died of tuberculosis, just before he turned 19. The funeral was held on his birthday, which was also the onset of the Harlem Riot of 1943. He portrayed this event in his popular essay “Notes of a Native Son”. 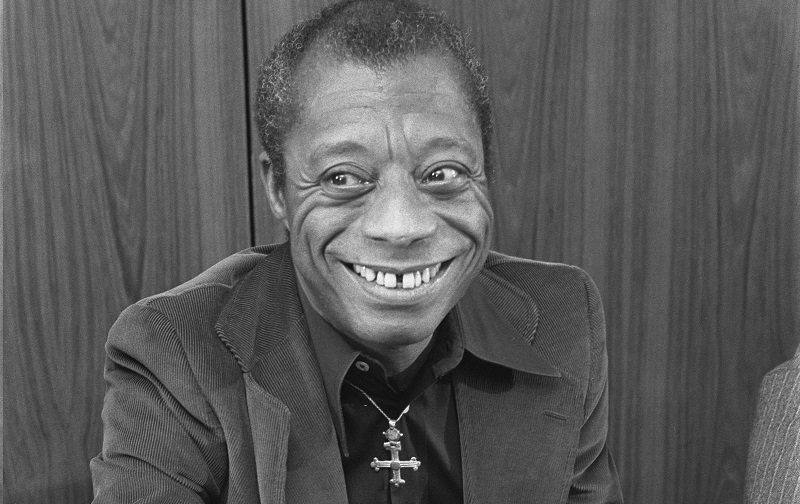 Due to his color, Baldwin experienced a lot of difficulties in his education. He was a smart student, but he was being judged not by his academic performance, but his race.

He attended P.S. 24 in Harlem, where he wrote the words to the school song. This song was used until the school was closed. Once, he wrote a play for school and impressed his teacher, who was a white woman. She offered to take him to real plays.

However, Baldwin’s stepfather disapproved, as he considered that his teacher was white. Nevertheless, he was able to attend the play because his mother thought it would be impolite to turn his teacher down. Later, Baldwin realized that this event became a source of conflict between his parents.

In middle school, he went to Frederick Douglass Junior High. He was inspired by Countee Cullen, a poet in the world of Harlem Renaissance.

Jimmy Baldwin was not a religious person. He once met Elijah Muhammad, the esteemed leader of the Nation of Islam, and told him that he left the church two decades ago and didn’t join anything after. He also told Muhammad that he didn’t want to join anything because he liked doing things alone.

Perhaps the only time he approved of religion was when it encouraged people to fight oppression. He even mentioned that if the concept of God had any use, it was “to make us larger, freer and more loving”. 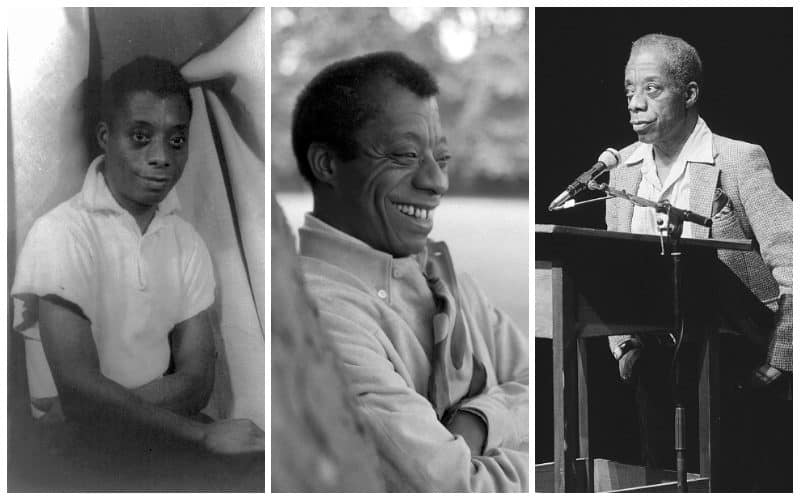 Baldwin realized that he was gay when he was still a teenager. In 1948, he went to a restaurant where African Americans weren’t catered to. When the waitress told him that they wouldn’t serve him, he threw a glass of water at her.

Baldwin realized that the prejudice against blacks in America will not stop. He moved to France when he was 24, settling in Paris. He settled in Saint-Paul-de-Venice where he rubbed elbows with a lot of his artist friends. He learned how to speak French and made friends with established writers and actors.

As he lived in France, he worked on his masterpieces. He devoted his days to writing and answering the letters he received from all over the world.

In 1953, his first work, “Go Tell It on the Mountain” was published. He received a Guggenheim Fellowship in 1954 and published “Giovanni’s Room” a year after. He wrote about a love between two men in his novel “Just Above My Head”.

His other works include “The Amen Corner”, “Another Country”, “Blues for Mister Charlie”, “The Fire Next Time”, and a whole lot more.

James Arthur “Jimmy” Baldwin passed away on the first of December, 1987, due to stomach cancer. He was buried in Hartsdale, near New York City. His influence and his legacy, however, lived on. His masterpieces became an inspiration to a lot of people, transcending to today’s generation.

Here are some quotes from Jimmy Baldwin that will warm your heart:

“You think your pain and your heartbreak are unprecedented in the history of the world, but then you read. It was books that taught me that the things that tormented me most were the very things that connected me with all the people who were alive, who had ever been alive.” – James Baldwin

“Love does not begin and end the way we seem to think it does. Love is a battle, love is a war; love is a growing up.” – James Baldwin

“You think your pain and your heartbreak are unprecedented in the history of the world, but then you read.” – James Baldwin

“Children have never been very good at listening to their elders, but they have never failed to imitate them.” – James Baldwin

“I imagine one of the reasons people cling to their hates so stubbornly is because they sense, once hate is gone, they will be forced to deal with pain.” – James Baldwin

“Perhaps home is not a place but simply an irrevocable condition.” – James Baldwin

“I love America more than any other country in the world and, exactly for this reason, I insist on the right to criticize her perpetually.” – James Baldwin

“All art is a kind of confession, more or less oblique. All artists, if they are to survive, are forced, at last, to tell the whole story; to vomit the anguish up.” – James Baldwin

“People pay for what they do, and still more for what they have allowed themselves to become. And they pay for it very simply; by the lives they lead.” – James Baldwin

“I can’t believe what you say, because I see what you do.” – James Baldwin

“Freedom is not something that anybody can be given. Freedom is something people take, and people are as free as they want to be.” – James Baldwin

“The paradox of education is precisely this – that as one begins to become conscious one begins to examine the society in which he is being educated.” – James Baldwin

“People can cry much easier than they can change.” – James Baldwin

“It is very nearly impossible to become an educated person in a country so distrustful of the independent mind.” – James Baldwin

“The most dangerous creation of any society is the man who has nothing to lose.” – James Baldwin

“To be a Negro in this country and to be relatively conscious is to be in a rage almost all the time.” – James Baldwin

“People can’t, unhappily, invent their mooring posts, their lovers and their friends, any more than they can invent their parents. Life gives these and also takes them away and the great difficulty is to say yes to life.” – James Baldwin

“There are so many ways of being despicable it quite makes one’s head spin. But the way to be really despicable is to be contemptuous of other people’s pain.” – James Baldwin

“True rebels after all, are as rare as true lovers, and in both cases, to mistake a fever for passion can destroy one’s life.” – James Baldwin

“The victim who is able to articulate the situation of the victim has ceased to be a victim: he or she has become a threat.” – James Baldwin

“You don’t have a home until you leave it and then, when you have left it, you never can go back.” – James Baldwin

“You write in order to change the world…if you alter, even by a millimeter, the way people look at reality, then you can change it.” – James Baldwin

“It is certain, in any case, that ignorance, allied with power, is the most ferocious enemy justice can have.” – James Baldwin

“To accept one’s past – one’s history – is not the same thing as drowning in it; it is learning how to use it. An invented past can never be used; it cracks and crumbles under the pressures of life like clay in a season of drought.” – James Baldwin

“Please try to remember that what they believe, as well as what they do and cause you to endure does not testify to your inferiority but to their inhumanity.” – James Baldwin

“If the concept of God has any validity or any use, it can only be to make us larger, freer, and more loving. If God cannot do this, then it is time we got rid of Him.” – James Baldwin

“People who treat other people as less than human must not be surprised when the bread they have cast on the waters comes floating back to them, poisoned.” – James Baldwin

“The role of the artist is exactly the same as the role of the lover. If I love you, I have to make you conscious of the things you don’t see.” – James Baldwin

“It took many years of vomiting up all the filth I’d been taught about myself, and half-believed, before I was able to walk on the earth as though I had a right to be here.” – James Baldwin

“People who shut their eyes to reality simply invite their own destruction, and anyone who insists on remaining in a state on innocence long after that innocence is dead turns himself into a monster.” – James Baldwin

“For, while the tale of how we suffer, and how we are delighted, and how we may triumph is never new, it always must be heard. There isn’t any other tale to tell, it’s the only light we’ve got in all this darkness.” – James Baldwin

“Confusion is a luxury which only the very, very young can possibly afford and you are not that young anymore.” – James Baldwin

“Those who say it can’t be done are usually interrupted by others doing it.”  – James Baldwin

“Whoever debases others is debasing himself.” – James Baldwin

“Tell me, he said, “What is this thing about time? Why is it better to be late than early? People are always saying, we must wait, we must wait. What are they waiting for?” – James Baldwin

“And when you have waited-has it made you sure?” – James Baldwin

“I often wonder what I’d do if there weren’t any books in the world.” – James Baldwin

“Life is tragic simply because the earth turns and the sun inexorably rises and sets, and one day, for each of us, the sun will go down for the last, last time.” – James Baldwin

“The artistic image is not intended to represent the thing itself, but, rather, the reality of the force the thing contains.” – James Baldwin

“Trust life, and it will teach you, in joy and sorrow, all you need to know.” – James Baldwin

“Hatred is always self-hatred, and there is something suicidal about it.” – James Baldwin

“Our crown has already been bought and paid for. All we have to do is wear it.” – James Baldwin

“Hatred, which could destroy so much, never failed to destroy the man who hated, and this was an immutable law.” – James Baldwin