Who Is Jay Leno? 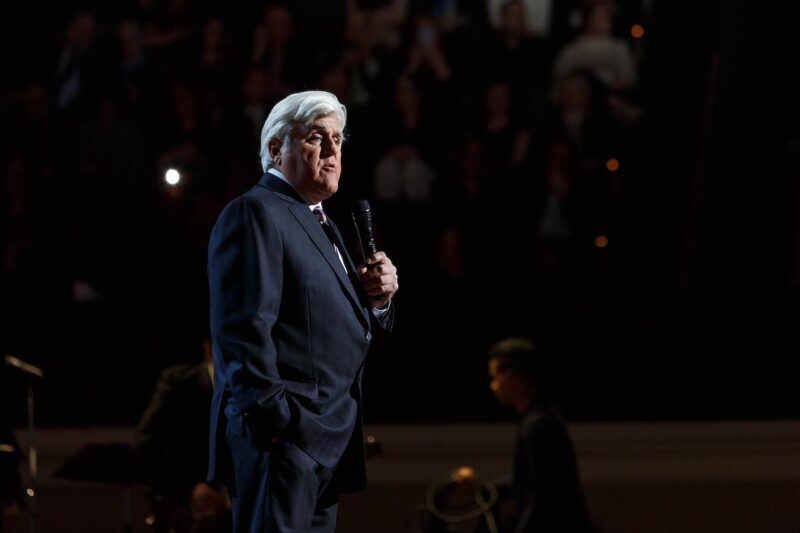 Jay Leno was born on April 28, 1950, in New Rochelle, New York, to Angelo Leno and Catherine Leno. His father was an insurance salesman, whereas his mother was a homemaker.

Leno started as a comedian before venturing into television hosting. In 1973, he launched a comedy club in Emerson College and on March 2, 1977, he made his debut appearance on The Tonight Show. A few years later, Leno became a regular substitute for Johnny Carson as the show’s host. In 1992, he eventually replaced Carson and hosted The Tonight Show until 2009.

After retiring from The Tonight Show in 2009, Jay Leno started his own primetime talk show known as The Jay Leno Show, which was aired on NBC weeknights at 10:00 pm ET. However, the Jay Leno Show was marred with controversies which ultimately led to its cancellation.

Some of the films and television shows that Leno has featured in include:

As of August 1, 2021, Jay Leno’s wealth stood at a staggering $450 million. He has achieved his net worth through various endeavors, including acting, comedy, film production, screenwriting, and television hosting.

Leno earned some of his biggest paychecks during his time hosting The Tonight Show. When he left the show, he had reportedly made $320 million in pretax salary. At some point, Leno was earning as much as $30 million in annual salary from The Tonight Show. Well, those figures could have been way higher than that. But after the show’s 2011 season, Leno accepted a 50% pay cut in exchange of helping his staff keep their jobs and get pay hikes.

The following is a breakdown of Jay Leno’s salary from The Tonight Show over the years:

It’s also worth noting that while Jay Leno may be 70 years now, the legendary comedian still draws huge paychecks performing standup comedy. According to reports, he can earn as much as $10 million a year from standup touring alone.

Jay Leno has flipped numerous real estate properties over the years. In 2017, he acquired an oceanfront mansion located in Newport, Rhode Island, at a cost of $13.5 million. The 15,851-square-foot mansion is known as Seafair and sits on 9-acres. It features 12 bedrooms, 12 bathrooms, three half-baths, an oceanfront pool, a tennis court, and lots of other convenient amenities.

In addition to his Newport mansion, Leno owns two other properties in Bel Air, California. The first of these two homes is a 3,400-square-foot mansion that he purchased in 1987. Ten years later, he added the second property.

In addition to residential homes, Jay Leno also maintains a hangar in Burbank, California. The 122,000-square-foot hangar serves as the primary garage for most of his automobiles.

Jay Leno is one of the few actors and comedians who doesn’t drink, smoke, or gamble. Instead, he spends much of his money collecting cars. He presently owns more than 300 vehicles valued in excess of $100 million.

Leno’s automobile collection includes both cars and motorbikes. Some of the notable names in the collection are 2 Doble steam cars, a Roadster, a Sedan, a Duesenberg Model X, and a 1963 Chrysler Turbine Cars. 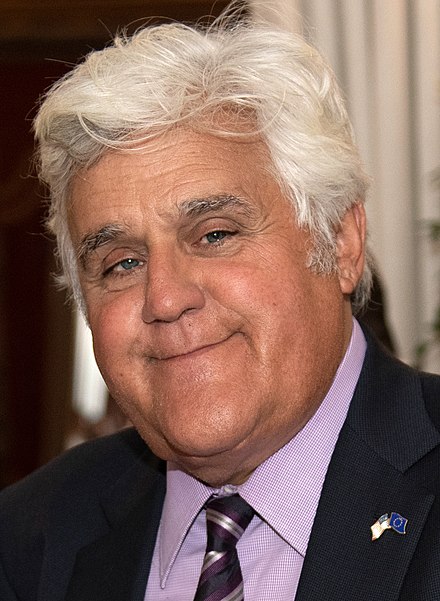 One of the critical success lessons we can learn from Jay Leno is the importance of eliminating middlemen, especially when negotiating deals. Besides being an accomplished comedian and television presenter, Leno does not have an agent or manager.

In 2011, Jay Leno accepted a 50% pay cut so that his staff could keep their jobs and get salary increase. That selfless gesture speaks to his sense of kindness and generosity.

3. Only invest on what makes you happy

Jay Leno may be an avid car collector, but he doesn’t splash his earnings on the newest automobile in town. He only believes in collecting cars that have technical and historical significance, as well as those that are aesthetically outstanding.

“If God had wanted us to vote, he would have given us candidates.”

“It is said that life begins when the fetus can exist apart from its mother. By this definition, many people in Hollywood are legally dead.”

“The reason there are two senators for each state is so that one can be the designated driver.”

“You can’t stay mad at somebody who makes you laugh.”

Jay Leno has distinguished himself as one of the greatest entertainers of all time. His years with The Tonight Show are considered some of the most successful periods in the history of the program. Not only did the show garner wider recognition, but it also contributed to Jay’s biggest paychecks from his professional career.