Born on August 29, 1632, John Locke FRS was a celebrated English philosopher and a renowned physician. He is regarded as the “Father of Classical Liberalism.” Locke’s work significantly influenced the emergence of academic theory, epistemology, and political philosophy. He put down most of the footwork for the Enlightenment and delivered key contributions to progressive liberalism.

As a physician, he was a supporter of the logical methods of the Scientific Revolution. One of his pieces, “Essay Concerning Human Understanding,” talked about the concept of the self as a blank page. The understanding, knowledge, personality, and identity of the person only arise from his/her accumulated experience.

Political-wise, his theory of government that underscores the consent of the governed to safeguard “life, liberty, and estate” profoundly inspired the founding documents of the United States of America. Also, his pieces on religious fortitude supplied the early yardstick for the separation of the church and the state. 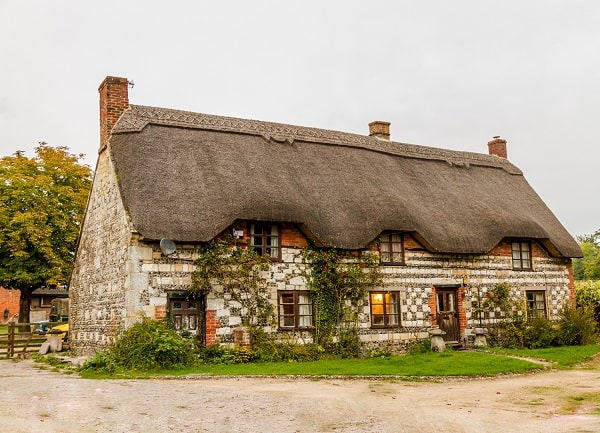 John Locke was born in a small cottage owned by his maternal family in Wrington, Somerset. His mother, Agnes Keene, passed away while he was an infant. His father, whose name was also John Locke, worked as an attorney in Pensford, a small town near Bristol. Growing up, Locke was tutored at home because of his fragile health.

At age 14, he finally attended school. He studied at Westminster School for six years. Afterward, he enrolled at Oxford University. There, he was elected a senior student who taught Greek and ethical philosophy. At that time, it was conditioned that he had to be ordained to keep his fellowship. Rather than pursuing it, he changed course and transferred to medicine where he eventually received a license.

Locke and the Earl of Shaftesbury 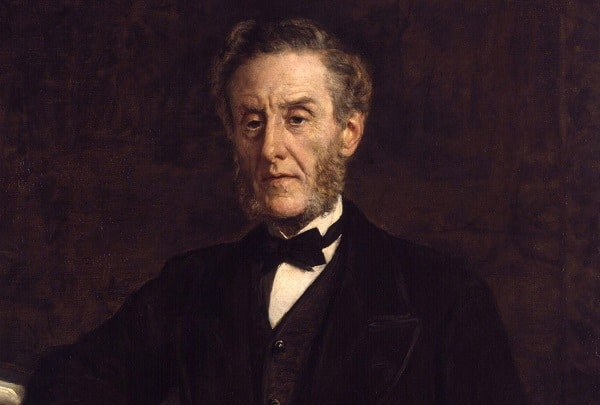 In 1666, Locke was introduced to Anthony Ashley Cooper, better known as the first Earl of Shaftesbury. The physician and the parliamentarian struck up a camaraderie that has grown into a strong friendship and patronage. Just a year later, Locke became the official physician to the Shaftesbury residence. That same year, he administered a high-risk surgery of the liver on the earl that very likely saved Shaftesbury’s life.

For the next 20 years, Locke’s accomplishments and fortunes were closely associated with Shaftesbury. The latter was a top minister to Charles II and then became one of the founders of the opposition. In 1679, Shaftesbury directed the “exclusion campaign” to prohibit the Catholic Duke of York (who eventually became James II) from his royal succession.

The campaign failed. Not long after, Shaftesbury started to plan armed resistance. In 1682, the earl was compelled to depart to Holland for his safety. Locke followed his patron a year later. He only returned from exile after William III, a Protestant, succeeded the throne during the Glorious Revolution.

While serving as the resident physician at the Shaftesbury residence, Locke started writing. Six years after returning from Holland, he published the majority of his written works.

In 1689, Locke released “Essay Concerning Human Understanding.” The piece was about his theory on human knowledge and the concept of identity. For him, knowledge was essentially the accumulation of information and facts based on a person’s sensory experience. To unearth facts over and above the sphere of fundamental experience, Locke discussed a technique patterned on the strenuous strategies of experimental science.

In 1690, Locke published the “Two Treatises of Government.” The piece underscored theories on politics that he had observed, developed, and enhanced during his long service at Shaftesbury’s side. Shunning the “godly” rights of the royals, Locke defined that, in reality, societies are the ones that form governments through mutual and tacit agreement. Therefore, when a king loses the consent of whom he rules, a society has the power to remove him.

In 1693, Locke presented “Thoughts Concerning Education.” The piece argued for a widened and more refined school syllabus along with the better treatment of students. The majority of the ideas in the book was heavily influenced by Emile, a novel by Jean-Jacques Rousseau.

In 1689 to 1692, Locke published “Letters Concerning Toleration.” The piece indicated that governments must value and respect the freedom of religion if the dissenting belief isn’t a danger to public order.

As such, atheists, people whose oaths could hardly be trusted as per Locke’s concept, and Catholics, people who have faith to an external ruler, were ruled out from this structure. Locke’s religious toleration also didn’t believe that all beliefs were good or real in equal parts, but merely that governments weren’t in a position to choose which one was “correct.”

Below are the best of John Locke’s quotes.

“Few men think, yet all will have opinions. Hence men’s opinions are superficial and confused.”  – John Locke

“New opinions are always suspected, and usually opposed, without any other reason but because they are not already common.” – John Locke

“No peace and security among mankind – let alone common friendship – can ever exist as long as people think that governments get their authority from God and that religion is to be propagated by force of arms.” – John Locke

“In transgressing the law of nature, the offender declares himself to live by another rule than that of reason and common equity.” – John Locke

“There are a thousand ways to Wealth, but only one way to Heaven.” – John Locke

“It is ambition enough to be employed as an under-laborer in clearing the ground a little, and removing some of the rubbish which lies in the way to knowledge.” – John Locke

“Personal Identity depends on Consciousness not on Substance.” – John Locke

“Who are we to tell anyone what they can or can’t do?” – John Locke

“The end of law is not to abolish or restrain, but to preserve and enlarge freedom.” – John Locke

“What worries you masters you.” – John Locke

“Reading furnishes the mind only with materials of knowledge; it is thinking that makes what we read ours.” – John Locke

“I have always thought the actions of men the best interpreters of their thoughts.” – John Locke

“The only defense against the world is a thorough knowledge of it.” – John Locke

“We are like chameleons, we take our hue and the color of our moral character, from those who are around us.” – John Locke

“Parents wonder why the streams are bitter, when they themselves poison the fountain.” – John Locke

“To love truth for truth’s sake is the principal part of human perfection in this world, and the seed-plot of all other virtues.” – John Locke

“Being all equal and independent, no one ought to harm another in his life, health, liberty, or possessions.” – John Locke

“Education begins the gentleman, but reading, good company and reflection must finish him.” – John Locke

“Revolt is the right of the people.” – John Locke

“No man’s knowledge here can go beyond his experience.” – John Locke

“There is frequently more to be learned from the unexpected questions of a child than the discourses of men.” – John Locke

“To prejudge other men’s notions before we have looked into them is not to show their darkness but to put out our own eyes.” – John Locke

“All wealth is the product of labor.” – John Locke

“Our Business here is not to know all things, but those which concern our conduct.” – John Locke

“Reverie is when ideas float in our mind without reflection or regard of the understanding.” – John Locke

“One unerring mark of the love of truth is not entertaining any proposition with greater assurance than the proofs it is built upon will warrant.” – John Locke

“Fortitude is the guard and support of the other virtues.” – John Locke

“Nothing is in the intellect that was not first in the senses.” – John Locke

“The most precious of all possessions is power over ourselves.” – John Locke

“It is only practice that improves our minds as well as bodies, and we must expect nothing from our understandings any farther than they are perfected by habits.” – John Locke

“God hath woven into the principles of human nature such a tenderness for their off-spring, that there is little fear that parents should use their power with too much rigor.” – John Locke

“Methinks Sir Robert should have carried his Monarchical Power one step higher and satisfied the World, that Princes might eat their Subjects too.” – John Locke

“When we find out an idea, by whose intervention we discover the connection of two others, this is a revelation from God to us, by the voice of reason.” – John Locke

“For though the law of nature be plain and intelligible to all rational creatures; yet men, being biased by their interest, as well as ignorant for want of study of it, are not apt to allow of it as a law binding to them in the application of it to their particular cases.” – John Locke

“Truths are not the better nor the worse for their obviousness or difficulty, but their value is to be measured by their usefulness and tendency.” – John Locke

“Liberty is not an idea belonging to volition, or preferring; but to the person having the power of doing, or forbearing to do, according as the Mind shall choose or direct.” – John Locke

“Moral laws are set as a curb and restraint to these exorbitant desires, which they cannot be but by rewards and punishments, that will over-balance the satisfaction any one shall propose to himself in the breach of the law.” – John Locke

“Virtue is harder to be got than knowledge of the world; and, if lost in a young man, is seldom recovered.” – John Locke

“The legislative cannot transfer the power of making laws to any other hands: for it being but a delegated power from the people, they who have it cannot pass it over to others.” – John Locke

“Men’s actions are the best guides to their thoughts.” – John Locke

“There is nobody in the commonwealth of learning who does not profess himself a lover of truth.” – John Locke

“Whoever goes beyond this measure of assent, it is plain, receives not the truth in the love of it; loves not truth for truth’s sake, but for some other bye-end.” – John Locke

“There are some Men of one, some but of two Syllogisms, and no more; and others that can but advance one step farther.” – John Locke

“Books seem to me to be pestilent things, and infect all that trade in them…with something very perverse and brutal.” – John Locke

“There are indeed in some writers’ visible instances of deep thoughts, close and acute reasoning, and ideas well pursued. The light these would give, would be of great use, if their readers would observe and imitate them.” – John Locke

“And when a countryman says the cold freezes water, though the word freezing seems to import some action, yet truly it signifies nothing, but the effect, videlicet that water, that was before fluid, is become hard and consistent, without containing any idea of the action whereby it is done.” – John Locke

“So that, in effect, religion, which should most distinguish us from beasts, and ought most peculiarly to elevate us, as rational creatures, above brutes, is that wherein men often appear most irrational, and more senseless than beasts themselves.”- John Locke

“The Bible is one of the greatest blessings bestowed by God on the children of men. It has God for its Author, salvation for its end, and truth without any mixture for its matter. It is all pure, all sincere; nothing too much; nothing wanting!”- John Locke

“The great question which, in all ages, has disturbed mankind, and brought on them the greatest part of their mischiefs…has been, not whether be power in the world, nor whence it came, but who should have it.”- John Locke