Who Is Josh Peck?

Peck began his acting career in the late 90s and appeared in The Amanda Show between 2000 and 2002. He gained widespread recognition for his role in the Nickelodeon sitcom Drake & Josh which was aired from 2004 to 2007, as well as the sitcom’s two television movies in 2006 and 2008.

As an internet personality, Josh Peck is best known for his comedic lifestyle YouTube channel known as Shua Vlogs. The channel features Peck’s wife and renowned bloggers like David Dobrik.

Peck never met his biological father because his parents were not married when he was born. He was raised by his mother and maternal grandmother.

Josh Peck became interested in stand-up comedy at the age of eight years. As a budding stand-up comedian, Peck appeared at TADA! Youth Theater and performed stand-ups at Carolines on Broadway.

In 1996, aged 10 years, Josh Peck appeared on The Rosie O’Donnell Show. His breakout role came in Nickelodeon’s sketch comedy series The Amanda Show. He appeared in the series regularly until the end of its production in 2002.

Josh Peck made his film debut in the 2000 movie Snow Day. In 2001, Peck appeared in the theatrical movie Max Keeble’s Big Move. The same year, he appeared in an episode of ER titled ‘Thy Will Be Done.’

Josh Peck went on to appear in scores of other movies and television shows, including:

In addition to acting, Josh Peck is also a film director. He made his directorial debut in a Drake & Josh episode titled ‘Battle of Panthatar.’ He also directed Drake Bell’s music video for the song ‘Found a Way,’ which was used as one of the theme songs to the Drake & Josh movie.

In 2016, Josh Peck started appearing in David Dobrik’s YouTube vlog and eventually became a frequent contributor to The Vlog Squad. The following year, Peck launched his own comedic lifestyle YouTube channel known as Shua Vlogs. As of the time of writing, Peck’s YouTube channel has garnered close to 4 million followers.

Besides YouTube, Josh Peck has a presence in other social media platforms, including Instagram and TikTok. He currently commands a following of 10.3 million and 1.9 million from the platforms, respectively.

As of January 1, 2021, Josh Peck had a net worth of $9 million. It’s safe to say that a huge chunk of Peck’s wealth comes from his stellar career in the entertainment industry, including as an actor, film director, and comedian.

But entertainment isn’t the only way Josh Peck earns his millions. He is also a renowned blogger and reportedly makes around $1,150 per day (or $420,000 a year) from his YouTube channel alone.

Josh Peck became interested in stand-up comedy when he was eight years old. By the age of ten, Peck had already made numerous Broadway appearances.

Peck has always struggled with weight issues. His first step in his weight loss journey was accepting that he had a weight problem. He once remarked, ‘I always had a weight issue since I was a young kid.’

3. There’s life away from the spotlight

Unlike many celebrities, Josh Peck doesn’t delight in the glamor of the spotlight. He has claimed on several occasions that he dislikes watching himself in films and on television. 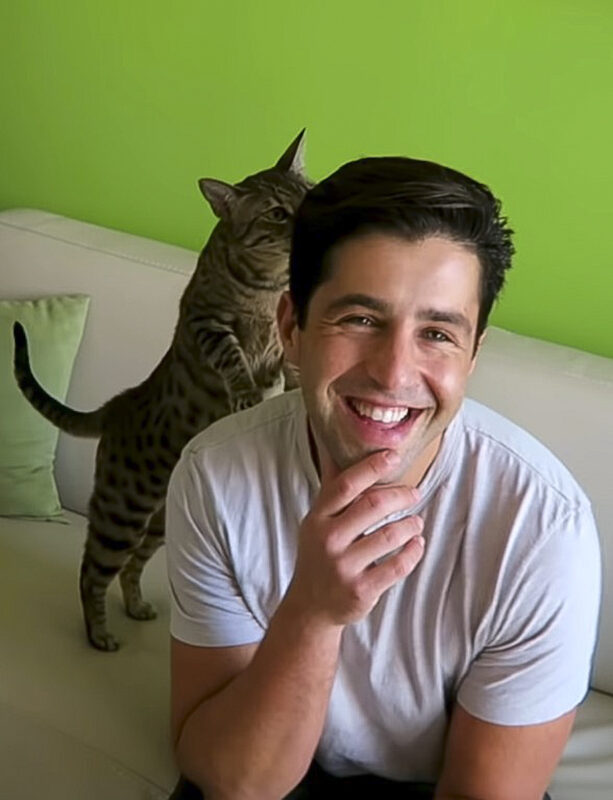 “Acting’s not therapy, but it can be therapeutic.”

“Anytime where you’re challenged, physically or mentally, you rise to the occasion in different ways.”

“I do work too hard sometimes, but my mom is such an inspiration. She tells me to ‘chill out’ and not take things so seriously. She will say: ‘Go and have a massage.”

“Real artists take the misery and sadness of life and translate it into art.”

“When you’re an actor or any kind of artist, you use your life as something to draw from in every experience.”

Josh Peck is one of the few child actors who transformed their passions into a successful film career. While his $9 million net worth still pales in comparison to that of fellow child actors like Daniel Radcliffe, it’s still more than many actors would make in the fullness of their careers.