Many names have graced history. But not all of them has the same kind of impact that the name Julius Caesar has.

One of the most influential people of all time, a politician and author, Julius Caesar was integral in the death of the Roman Republic. He was also one – if not the most – critical figure who paved the way towards the rise of the Roman Empire. 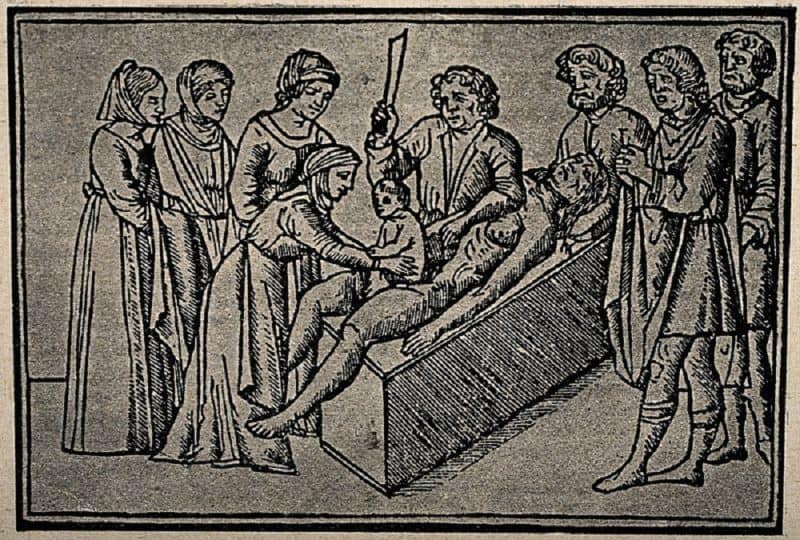 Julius Caesar was born on July 13, 100BC and was given the name Gaius Julius Caesar. Rumors say that he was born via caesarean section. However, this is not true as that specific procedure, at that time, was only given to women who are already dying in an effort to at least save the child.

In reality, Julius Caesar came out into the world through normal birth. His mother lived until 54BC after that. Just like him, his father was also named Gaius Julius Caesar. He was the governor of Asia, which was then considered a province and not a continent.

His mother, Aurelia Cotta, was the daughter of a Consul. Back then this was the top position in the Roman Republic. This shows that right from the start, Caesar was already born into affluence and power: something that he never forgot despite the few tragedies in his life.

Probably one of the most notable stories about Caesar’s life, he was kidnapped by pirates when he was in his mid-20’s. He was on his way to Rome to study when his ship was hijacked somewhere around Asia Minor.

The pirates who kidnapped Julius Caesar already set a ransom for his release. However, Caesar was insulted because he thought it was too low. He insisted that he be ransomed at a greater price.

He was later released when the ransom was met. Of course, Julius Caesar was able to seek revenge against his captors. He commandeered a group of ships, sought the pirates out, and had them executed.

Julius Caesar’s father died unexpectedly in 85 BC. His biggest rival was Sulla, who, incidentally, is also his father-in-law’s enemy.

As if to follow tradition, Sulla was also eventually named as one of Caesar’s biggest rivals. When Sulla became Rome’s ruler, Caesar had to flee Rome as a fugitive. He was captured by Sulla’s men, but was able to remain free when he bribed them. This cost him almost all of his money.

When Sulla finally died, Caesar was able to go back to Rome. However, he had lost his inheritance by this time, so he was forced to live an ordinary life. He lived around the red-light district, an area where most of the working class lived.

Caesar was also involved with a number of mistresses, including Cleopatra VII. He is even believed to be the father of Ptolemy Caesar, Cleopatra’s son. In fact, Ptolemy Caesar was often referred to as Caesarion, which meant “Little Caesar”.

One of Caesar’s mistresses is Servilia. Incidentally, her son, Marcus Brutus, was one of the people involved in the murder of Caesar.

Although Julius Caesar was a notorious womanizer, he was also, at one point, rumored to be involved with King Nicomedes IV of Bithynia. In fact, a lot of Caesar’s enemies teased him with the title “Queen of Bithynia”.

Other Interesting Facts about Julius Caesar

Julius Caesar became a talented lawyer and enjoyed prosecuting government officials who were proven to be corrupt. People admired him because of the way he spoke. Although they also noticed that he had such a high-pitched voice.

Thanks to his talent and determination, Julius Caesar quickly rose up the ranks. His ambition was evident. In fact, when he saw a statue of Alexander the Great on a visit to Spain as governor, he became disappointed at the thought that Alexander at his age was already known as the master of the known world.

Despite Caesar’s many successes, he was also privately prosecuted because he was deeply in debt. Being in politics was highly expensive – and he just couldn’t afford it.

Julius Caesar was also known as the father of the leap year. He implemented the Julian calendar that had 365 days in a year. He added an extra day every four years to make up for the extra ¼ day in every solar year.

This system was in use until the 16th century. The Gregorian calendar that we use up to this day is a slightly modified version of Caesar’s calendar.

Without a doubt, Julius Caesar played a huge role in shaping how the world is today. His words, up to now, have a certain amount of impact. In fact, a lot of his sayings are still used not only as general expressions, but as a source of inspiration.

2. “It is not the well-fed long-haired man I fear, but the pale and the hungry looking.” – Julius Caesar

3. “Let us go where the gods have shown us the way and the injustice of our enemies calls us.” – Julius Caesar

4. “I assure you I had rather be the first man here than the second man in Rome.” – Julius Caesar

5. “Fortune, which has a great deal of power in other matters but especially in war, can bring about great changes in a situation through very slight forces.” – Julius Caesar

8. “It is the right of war for conquerors to treat those whom they have conquered according to their pleasure.” – Julius Caesar

9. “The difference between a republic and an empire is the loyalty of one’s army.” – Julius Caesar

11. “Men in general are quick to believe that which they wish to be true.” – Julius Caesar

12. “He conquers twice, who shows mercy to the conquered.” – Julius Caesar

14. “If I fail it is only because I have too much pride and ambition.” – Julius Caesar

15. “It is better to suffer once than to be in perpetual apprehension.” – Julius Caesar

16. “The greatest enemy will hide in the last place you would ever look.” – Julius Caesar

17. “As a rule, what is out of sight disturbs men’s minds more seriously than what they see.” – Julius Caesar

18. “If you must break the law, do it to seize power: in all other cases observe it.” – Julius Caesar

19. “Experience is the teacher of all things.” – Julius Caesar

20. “In the end, it is impossible not to become what others believe you are.” – Julius Caesar

21. “A coward dies a thousand deaths, the gallant never taste of death but once.” – Julius Caesar

23. “It is better to create than to learn! Creating is the essence of life.” – Julius Caesar

25. “We have not to fear anything, except fear itself.” – Julius Caesar

26. “Even now we can still turn back. But once we have crossed that little bridge, everything must be decided by arms.” – Julius Caesar

27. “What a terrible era in which idiots govern the blind.” – Julius Caesar

28. “The fault, dear Brutus, is not in our stars, but in ourselves, that we are underlings.” – Julius Caesar

29. “There are no tricks in plain and simple faith.” – Julius Caesar

30. “Death, a necessary end, will come when it will come.” – Julius Caesar