Who Is Kaley Cuoco?

In 2002, Kaley Cuoco landed her breakout role by playing Bridget Hennessy on the ABC sitcom, 8 Simple Rules. She starred in the sitcom until 2005.

Following her exceptional performance on 8 Simple Rules, Cuoco became a household name in Hollywood. It wasn’t long before she landed other lead acting roles.

From 2004 to 2006, Kaley Cuoco voiced Brandy Harrington on the television series Brandy & Mr. Whiskers. Around the same period, Cuoco appeared on the final season of the television drama Charmed, playing Billie Jenkins. Her notable film appearances around this period include Crimes of Fashion (2004), Lucky 13 (2005), and Cougar Club (2007).

Cuoco later landed another lead role as Penny on the CBS sitcom The Big Bang Theory (2007–2019). She currently stars in the HBO Max comedic thriller, The Flight Attendant. Besides playing a lead role in The Flight Attendant, Cuoco is also the series’ executive producer. Cuoco’s most notable film appearances over the last decade include The Penthouse (2010), Authors Anonymous (2014), and The Wedding Ringer (2015).

Kaley Cuoco was born on November 30, 1985, in Camarillo, California, United States, to Gary Carmine Cuoco and Layne Wingate Ann. Her father was a realtor, whereas her mother was a homemaker.

As a child, Cuoco was an ardent tennis player. She played tennis from the age of three to sixteen, then stopped so she could pursue her acting career.

Kaley Cuoco kicked off her acting career in 1992 by playing Connie Reinhardt in the film Quicksand: No Escape. In 1994, Cuoco made her television debut by portraying Young Angela Chase in the series My So-Called Life. The same year, she appeared in yet another television series, Northern Exposure.

Cuoco’s breakout role came in the 2002 television series, 8 Simple Rules. She starred in the series until 2005.

The following are other notable films and television shows that Kaley Cuoco has appeared in to date:

Kaley Cuoco is the recipient of several awards and honors.

As of May 1, 2022, Kaley Cuoco had a net worth of $100 million. Cuoco has earned the vast majority of her wealth from acting.

Cuoco earned $45,000 per episode of The Big Bang Theory during the series’ first season. That translates to $765,000 for the season. Her per episode salary increased to $200,000 for seasons 2 through 4, which works out to $14 million for that period.

In addition to acting, Kaley Cuoco also makes money off endorsement deals. She reportedly earned $2 million in 2013 from her endorsement deals with Toyota and Priceline. Cuoco has also endorsed Starbucks, Marshalls, among other big brands.

It’s also worth noting that Kaley Cuoco was married to tech billionaire heir Karl Cook from 2018 until their separation in September 2021. Karl is the son of billionaire Scott Cook, founder of the tax software company, Intuit. Scott Cook has a jaw-dropping net worth of 3.6 billion. If Cuoco’s separation from Karl ends up in an official divorce and depending on the terms of their prenuptial agreement, The Big Bang Theory superstar may walk away with several millions.

1. Discover your dreams and pursue them diligently

Kaley Cuoco played tennis as a child. However, she switched to acting soon after she discovered her true passion was in the entertainment industry.

Cuoco clearly knew her worth in The Big Bang Theory. She leveraged her role in the series to bargain for salary increments.

In a previous interview, Kaley Cuoco said that she enjoyed pampering her husband with sumptuous meals and undivided attention. Although she has since split with all her two previous husbands, Cuoco’s admission revealed much about her loving and caring nature. 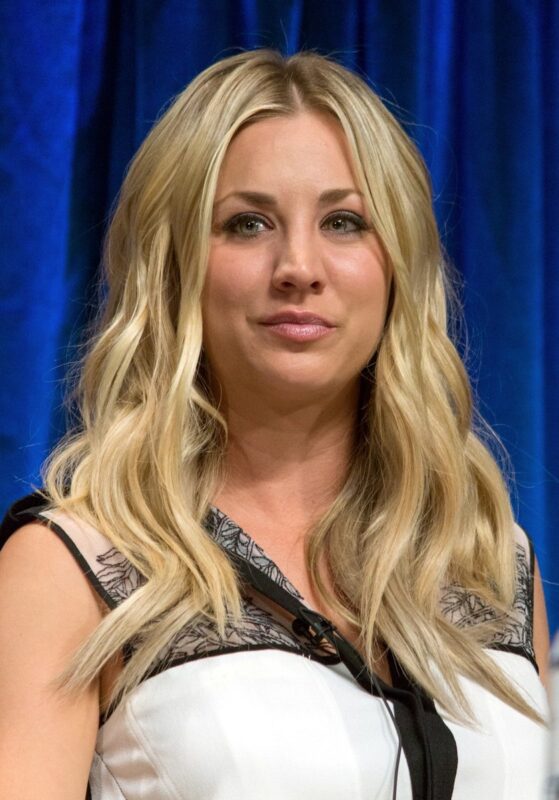 • I’m hoping one day to open my own shelter. I would be the person with the three-legged dog. I just love animals more than people; I really do.
• People tend to think they know you when u come into their TV’s every week. They think you are different than who you are. Don’t believe everything u here.
• For me, what I really want to come out of it is to show people that I can hold together a movie, be the number one character and play someone who is twenty or twenty-one.
• Obviously, I don’t have a high IQ, but I’ve always liked nerds and quirky guys.
• I like old-fashioned romance, when the two people sleep in separate beds but still hold hands all night. Their hands rest on a little table between the beds.

Kaley Cuoco is an American actress with a career spanning close to three decade. Cuoco has amassed a net worth of $100 million from her numerous pursuits in and outside the entertainment industry.