Karl Marx is arguably the most influential socialist thinker and revolutionary of the 19th century. Through his greatest work, “The Communist Manifesto”, he laid the groundwork for many communist regimes in the years that followed.

Until now, his philosophy on politics and economics continues to influence more than half of the modern world. 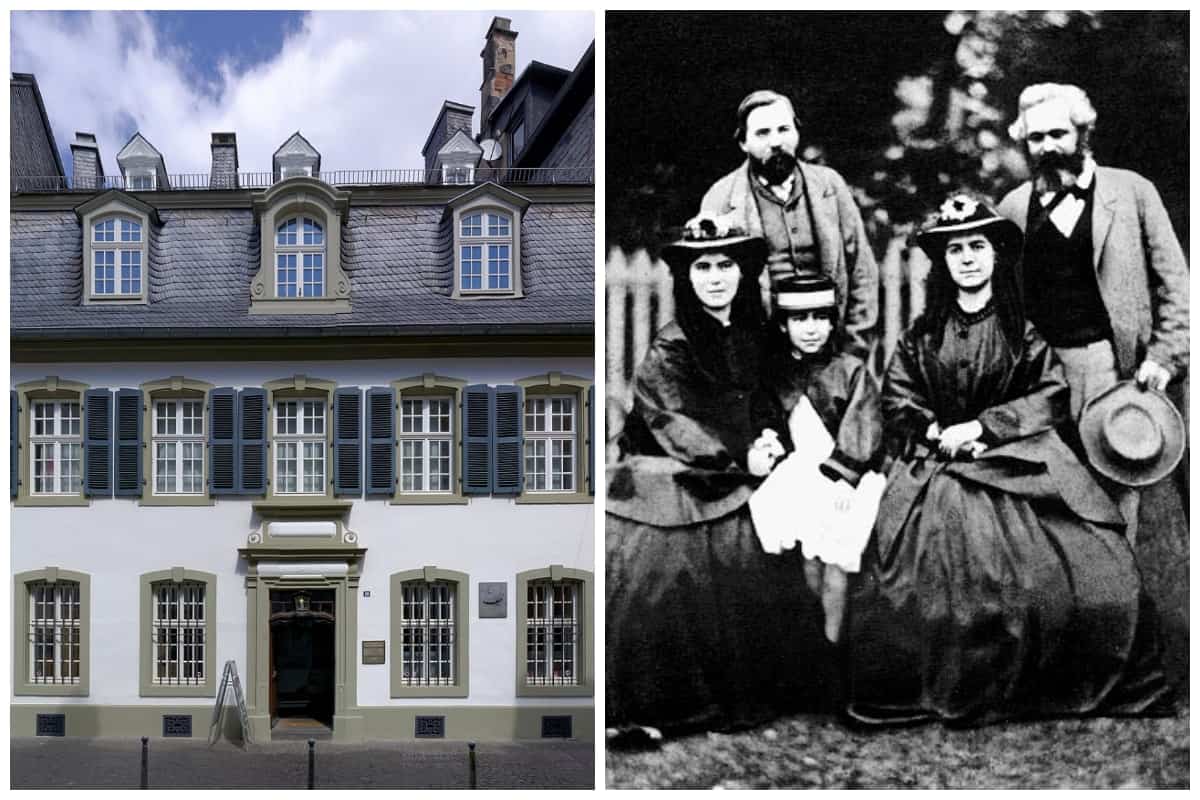 Karl Heinrich Marx was born on May 5, 1818, in Trier, Kingdom of Prussia, now known as Germany. He hailed from an affluent middle-class family, with both parents descending from a long line of rabbinic ancestry. The Marx family was Jewish but was forced to convert to Christianity. This is so his father could continue his law practice in the midst of Prussia’s anti-Jewish laws.

As a young boy, Marx was a mediocre student. He was homeschooled until the age of 12, after which he studied at Friedrich Wilhelm Gymnasium in Trier for five years. He then went to the University of Bonn to study law, a decision his father imposed on him. There, he became a member of the politically radical Poet’s Club and was constantly under police surveillance. He also served as the co-president of the Trier Tavern Club drinking society.

Eventually, his grades started to plummet. He got imprisoned for public drunkenness and engaging in a fight with another student. Naturally, his poor academic performance and co-curricular activities at the University worried his parents. After his first year, they transferred him to the more academically-inclined Frederick William University in Berlin.

Karl Marx studied law and philosophy and was exposed to the teachings of late professor Georg Wilhelm Friedrich Hegel. He became a member of a radical group of Hegel’s followers called “Young Hegelians”, known to criticize existing ideas and institutions in politics, philosophy, and even religion.

After completing his degree, Marx struggled to find a career in the academia due to his political background. He moved to Cologne and started a career as a journalist. He became a writer – and eventually the editor – of Rheinische Zeitung, a liberal democratic newspaper.

He used the paper as an avenue to express his views on economics and socialism. He often criticized ineffective and unproductive political figures on both sides of the Prussian government. The next year, after publishing a story that was critical of the Russian monarchy, the newspaper was permanently shut down by the government.

He decided to move to Paris with his wife. There he met and developed a strong friendship German socialist Friedrich Engels. The latter convinced Marx of the power of the working class to spark a revolution that would end all social and economic struggles in history.

Marx started to embrace the ideology of communism and championed it through Vorwarts! (translated from “Forward!”), a German-language radical newspaper. He formed ties with an organization that would later become the Communist League. For this reason, he was expelled from France.

Karl Marx moved to Brussels, Belgium where his ideologies of socialism further intensified. He first developed his theory on social materialism and wrote The German Ideology (published years after his death).

In 1846, he attempted to congregate all European socialists and formed the Communist Correspondence Committee. He also inspired a group of English socialists to form the Communist League. Upon the request of the organization, he authored The Communist Manifesto together with Engels. This eventually became the most-celebrated work of the socialist movement.

Published in 1848, the manifesto upholds that the history of mankind was shaped and defined by class struggle, and the only way to eradicate it is through the victory of the proletariat. Shortly after the publication of their work, Marx was again expelled from Belgium.

In 1949, Marx finally moved to London, where he lived the last years of his life. His family lived in poverty. This pushed him into spiritual and political isolation. Eventually, he was able to overcome such slump with the help of his friend, Engels. Before his death, he wrote Das Kapital, now considered as his magnum opus.

Today, Das Kapital is deemed as the “Bible of the working class” and has had an enormous impact in the fields of history and sociology. Marx’s mode of analysis, known as the dialectical model, asserts that every social system inherently gives birth to disequilibria or contradictions that can only be resolved by creating a completely new social system.

His theoretical beliefs are believed to have been utilized by famous political leaders such as Vladimir Lenin and Mao Zedong in enforcing communism during their respective regimes.

Karl Marx died of pleurisy on March 14, 1883. In his honor, the Communist Party of Great Britain mounted a bust resembling his liking on his tombstone in 1954. The monument bears the closing line of The Communist Manifesto which translates to “Workers of all land unite”.

Here are 30 of the best quotes from Karl Marx’s life works:

“The oppressed are allowed once every few years to decide which particular representatives of the oppressing class are to represent and repress them.” – Karl Marx

“Reason has always existed, but not always in a reasonable form.” – Karl Marx

“The production of too many useful things results in too many useless people.” – Karl Marx

“The proletarians have nothing to lose but their chains. They have a world to win.” – Karl Marx

“I am nothing but I must be everything.” – Karl Marx

“Go on, get out! Last words are for fools who haven’t said enough!” – Karl Marx

“You must be aware that the reward for labour, and quantity of labour, are quite disparate things.” – Karl Marx

“Education is free. Freedom of education shall be enjoyed under the condition fixed by law and under the supreme control of the state.” – Karl Marx

“Necessity is blind until it becomes conscious. Freedom is the consciousness of necessity.” – Karl Marx

“Then the world will be for the common people, and the sounds of happiness will reach the deepest springs. Ah! Come! People of every land, how can you not be roused.” – Karl Marx

“The tradition of all dead generations weighs like a nightmare on the brains of the living.” – Karl Marx

“The theory of Communists may be summed up in the single sentence: Abolition of private property.” – Karl Marx

“The ruling ideas of each age have ever been the ideas of its ruling class.” – Karl Marx

“Moments are the elements of profit.” – Karl Marx

“Money is the universal, self-constituted value of all things. Hence it has robbed the whole world of its proper value.”  – Karl Marx

“Capitalism: Teach a man to fish, but the fish he catches aren’t his. They belong to the person paying him to fish, and if he’s lucky, he might get paid enough to buy a few fish for himself.” – Karl Marx

“Communism is the riddle of history solved, and it knows itself to be this solution.” – Karl Marx

“If money is the bond binding me to human life, binding society to me, connecting me with nature and man, is not money the bond of all bonds?” – Karl Marx

“Religion is the impotence of the human mind to deal with occurrences it cannot understand.” – Karl Marx

“In proportion therefore, as the repulsiveness of the work increases, the wage decreases.” – Karl Marx

“There is no royal road to science, and only those who do not dread the fatiguing climb of its steep paths have a chance of gaining its luminous summits.” – Karl Marx

“To be radical is to grasp things by the root.” – Karl Marx

“The philosophers have only interpreted the world, in various ways. The point, however, is to change it.” – Karl Marx

“The last capitalist we hang shall be the one who sold us the rope.” – Karl Marx