Keanu Reeves is described by many as a transcendent actor, whose audience appeal has remained despite the evolution of his movie roles since he first rose to fame through the “Bill and Ted” franchise in the late 1980s.

In fact, Reeves’ career is on an upswing this 2019, with the third installment of John Wick, a cameo appearance in the Netflix original Always Be My Maybe, and voicing of action figure Duke Caboom in Toy Story 4 under his belt. Industry insiders and supporters dub his acting revival as “the Keanaissance” or “Keanussiance.” 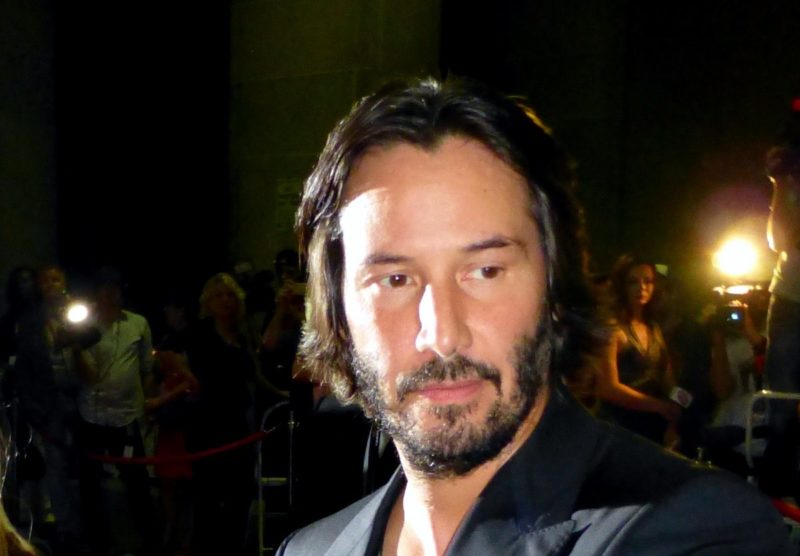 Keanu Charles Reeves was born in Lebanon on September 2, 1964. His English mother, Patricia Taylor, was in Beirut working as a costume designer when she met his American father, Samuel Nowlin Reeves, Jr. The actor’s name is Hawaiian, meaning “cool breeze over the mountain.”

His parents divorced when he was just three years old. After his mother met and married her second husband, Aaron Paul, the family migrated to Toronto, Canada where Keanu spent most of his younger years. 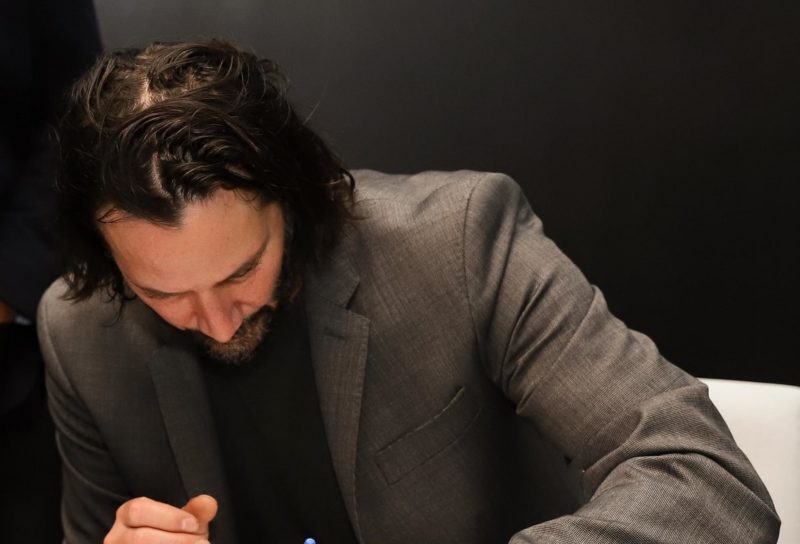 Reeves went to four different high schools and got expelled from the Etobicoke School of the Arts for being too “rambunctious.” He may not have excelled in academics, but he was certainly athletic during his teens. While studying De La Salle College in Ontario, Reeves played ice hockey and was even nicknamed “The Wall” for his goalkeeping skills. He would later show his hockey skills in Youngblood (1986) where he was cast with Rob Lowe.

Reeves dreamt of playing for the Canadian national ice hockey team but his love for acting was stronger. He started his hand at acting as early as age nine when he appeared in the musical comedy play Damn Yankees. But his exposure to the film industry first came through his stepfather, in whose films he worked as a production assistant at age 15.

Besides acting, Reeves also became a teen TV reporter and got cast in a Coca-Cola commercial.

Reeves had his first big movie break as Theodore “Ted” Logan in Bill & Ted’s Excellent Adventure (1989) and its sequel, Bill & Ted’s Bogus Journey (1991) where Alex Winter was his co-star. 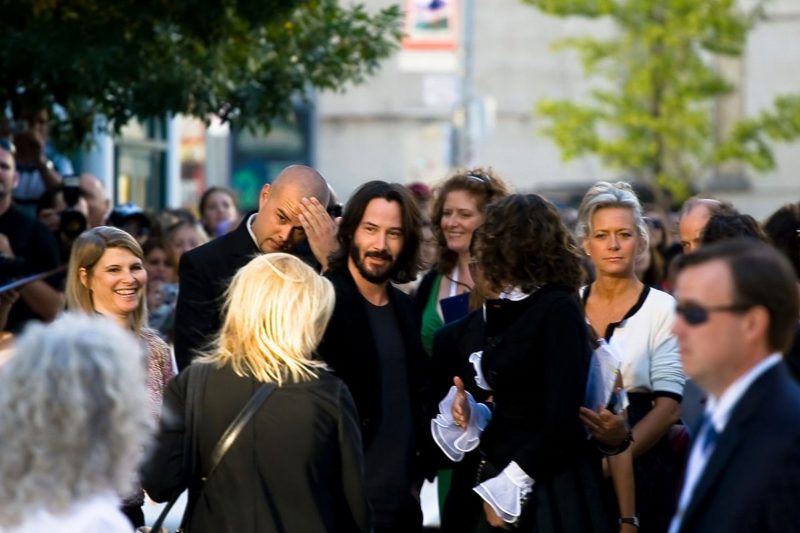 He then went on to shed his teen image through the action film Point Break. He also starred in Bram Stoker’s Dracula (1992) by director Francis Ford Coppola, and drama film Little Buddha (1993).

The actor’s popularity shot up when he played the main character of LAPD SWAT officer Jack Traven in Speed (1994). As Speed was successful, Keanu was called on to do a sequel but he refused. This made 20th Century Fox to blacklist him on all other films of the studio.

It also didn’t help when his succeeding appearances in the romantic A Walk in the Clouds (1995), sci-fi action movie Johnny Mnemonic, (1995) and action-thriller Chain Reaction (1996) failed at the box office. His career only recovered when he starred in the horror-drama The Devil’s Advocate (1997). 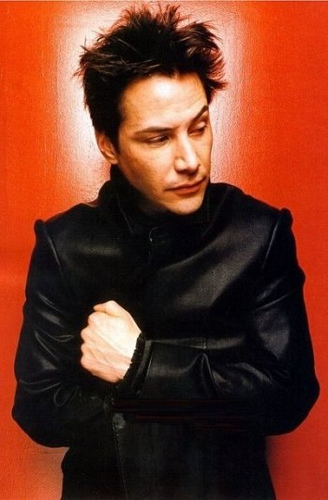 Reeves shot to stardom when he played the lead character, programmer-hacker Thomas Anders, a.k.a. Neo, in The Matrix trilogy. Because Neo embodied every geek’s ultimate fantasy, Keanu Reeves drew a cult following that he even had a fan-created Twitter account aptly named ‘Keanu Doing Things’ and a subreddit called ‘Keanu Being Awesome.’

While Keanu cemented his place in Hollywood, his personal life took a downward spiral. It started with his then girlfriend, Jennifer Syme, giving birth to a stillborn baby.

This loss had a major impact on their relationship and they soon broke up. Then in 2001, Syme died in a car accident which affected Keanu deeply. 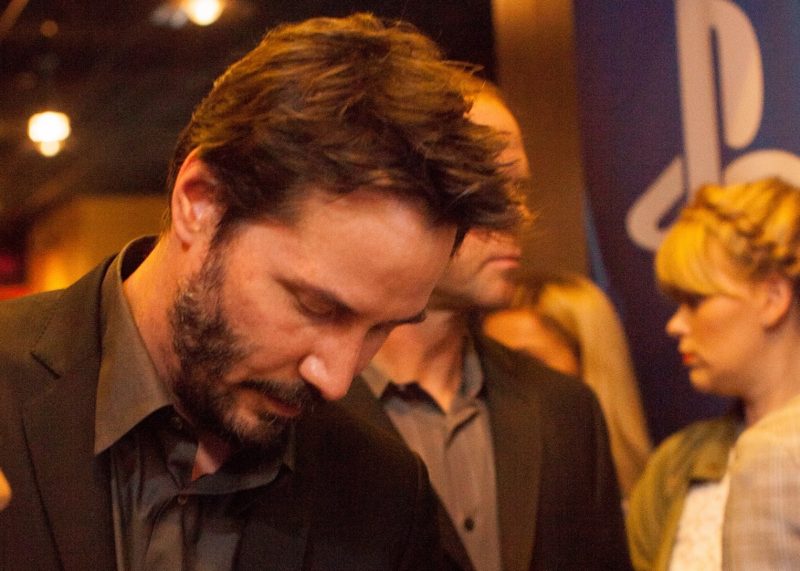 While the internet continued on fawning about Keanu and his awesomeness, in 2010, a paparazzi in New York took photos of Keanu sitting glumly on a park bench and eating a sandwich. It quickly went viral when a Reddit user created a meme about Keanu’s sad snapshots. After this, countless “Sad Keanu” memes started to spread.

Keanu, being awesome, took all of this in stride. A year later, he even released the adult picture book Ode to Happiness, a combination of humor and wisdom seemingly poking fun at the pitiable events of his life.

Throughout his career and life, Keanu Reeves has experienced career setbacks and personal tragedies. Despite these misfortunes, his optimistic take on life and his philosophical wit truly makes him a rarity in the Hollywood celebrity scene.

Here are some gems of wisdom from the actor: