Who Is Kevin James?

James is best known for portraying Doug Heffernan on the CBS sitcom The King of Queens (1998–2007). He also starred in Kevin Can Wait, another CBS sitcom that aired from 2016 to 2018.

Kevin George Knipfing was born on April 26, 1965, in Mineola, New York, United States, to Joseph Valentine Knipfing Jr. and Janet Knipfing. His father was an insurance agency owner, whereas his mother was an office worker.

Kevin James attended Ward Melville High School. He participated in wrestling while in high school, mainly competing at the 145 pound weight class. At some point, James reached the #1 spot on the school’s wrestling team, finishing right ahead of friend and future professional wrestling superstar Mick Foley. However, a back injury had him lose his number one spot to Foley.

After graduating from high school, Kevin James proceeded to State University of New York at Cortland. James continued to pursue athletics while in the university, this time majoring in football. He played halfback at the varsity’s football team. However, James suffered yet another devastating back injury that brought his athletic career to a screeching halt.

Kevin James kicked off his comedy career in 1989. He made his stand-up debut at the East Side Comedy Club based on Long Island. 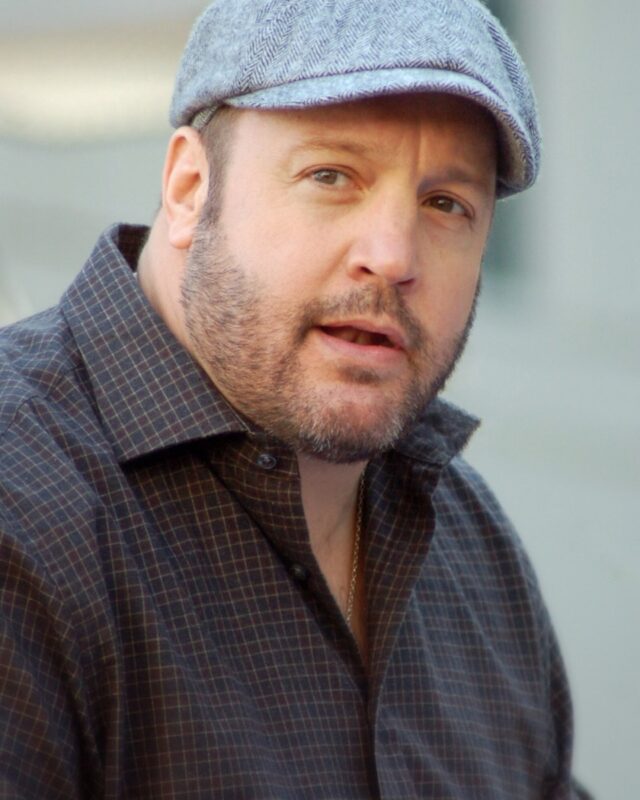 Kevin James landed his first television gig in 1991 on ‘The New Candid Camera, where he pulled pranks on unsuspecting people. Between 1994 and 1996, James worked as the announcer for the MTV sports game show SandBlast. His breakout television role came in 1996 when he guest-starred on an episode of the CBS sitcom, Everybody Loves Raymond. He appeared in more episodes of the series in 1998 and 1999.

Banking on the attention he received following his role on Everybody Loves Raymond, Kevin James developed his very own sitcom titled The King of Queens. The sitcom was also aired on CBS and ran from September 21, 1998 to May 14, 2007.

In 1998, Kevin James appeared in an episode of Cosby. The following year, he appeared in ‘Becker’ and ‘Martial Law.’

In 2001, James was cast in an episode of Arli$$. He took a break from television before returning in 2015 with a role in Liv & Maddie.

James starred in 48 episodes of the sitcom Kevin Can Wait from 2016 to 2018. He later joined the cast of the Netflix series ‘The Crew’ in 2021, appearing in a total of ten episodes.

Related  CJ So Cool's Net Worth

Kevin James made his film debut in the 2002 movie, Pinocchio. His second film role was a cameo appearance as a factory worker in 50 First Dates (2004). James’ breakout film role came in 2005 when he starred in the romantic comedy ‘Hitch.’

In 2006, Kevin James starred in the straight-to-video comedy, Grilled. He also lent his voice to the animated films ‘Monster House’ and ‘Barnyard.’ James subsequently starred in a number of comedy films, including I Now Pronounce You Chuck & Larry (2007), You Don’t Mess with the Zohan (2008), and Paul Blart: Mall Cop (2009).

The following are other notable films that Kevin James has featured in over the years:

As of January 1, 2022, Kevin James had a net worth of $100 million. Kevin has earned the bulk of his wealth from stand-up specials as well as his numerous roles in movies and television shows.

James reportedly earned $300,000 per episode of The King of Queens during the series’ middle seasons. His per-episode salary increased to $400,000 during the show’s final seasons. Considering that he was also the series’ executive producer and owned a decent percentage of its backend equity, James has likely earned upwards of $50 million from ‘The King of Queens’ alone.

Kevin James was a promising athlete during his high school and college years. However, he shifted his focus to comedy and acting after suffering devastating back injuries.

James’ breakout television role was in Everybody Loves Raymond. He landed this role courtesy of his friendship with the show’s producer Ray Romano.

3. Build from your experiences

After making a name for himself starring in Everybody Loves Raymond, Kevin James leveraged that popularity to develop his very own sitcom – The King of Queens.

• As American as an apple is and as American as baseball is, they don’t go together. You can’t be chewing an apple at a baseball game. You’ve got to let go of the diet that day.
• I don’t want to be known as this goody-two-shoes who can only do comedies where puppies are licking peanut butter off my face.
• I think I invented the phrase ‘Don’t overdo it.’
• Just me onstage with a mike having an intimate relationship with the audience. I don’t get nervous for that. I just get excited.
• There’s no better feeling in the world than a warm pizza box on your lap.

Kevin James is a comedian and actor with experience spanning close to three decades. James has released several stand-up specials and featured in a host of Hollywood blockbusters. His current net worth stands at $100 million.