Who Is King of Thailand?

Maha Vajiralongkorn is the reigning King of Thailand. He has served in that position since October 13, 2016, the very day his father died. Vajiralongkorn ascended to the throne courtesy of being the only son of King Bhumibol Adulyadej and Queen Sirikit.

Maha Vajiralongkorn’s first few years in office have been characterized by widespread discontent among his subjects. For the first time in Thailand’s history, Thai’s are now openly speaking up against the monarch. That’s despite the Thailand monarchy being the most revered institution in the country and the tough lèse-majesté law which outlaws any insults (direct or implied) against the king.

Most young Thais have voiced their concerns at the manner in which the king handles his political opponents, especially following allegations of crackdown towards the popular opposition party, Future Forward Party. Under Vajiralongkorn’s rule, cases of unlawful arrests and mysterious disappearances of political and social activists have been rampant.

There have also been concerns about runaway corruption. In fact, the king’s personal wealth and lavish lifestyle has been a subject of constant scrutiny.

Some Thais have also wondered whether the king is in touch with the realities in the country. That’s especially considering that he spends most of his time in Germany pursuing his personal undertakings.

After completing grade seven (Mathayom 1), Vajiralongkorn traveled to the United Kingdom where he was enrolled at various independent schools. He then traveled to Australia, where he completed his military training course and also earned a bachelor’s degree in liberal arts.

In 1982, Vajiralongkorn earned a bachelor’s degree in law from the Sukhothai Thammathirat Open University. 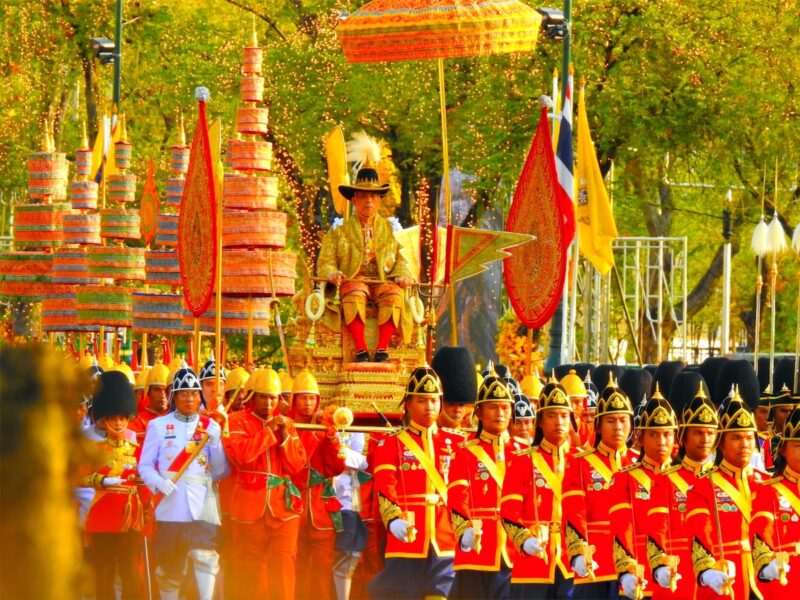 Maha Vajiralongkorn was officially proclaimed crown price on December 28, 1972, becoming the 3rd crown prince of the Chakri dynasty. The proclamation happened at 12:23 in the Ananta Samakhom Throne Hall.

After completing his military studies, Maya Vajiralongkorn joined the Royal Thai Army as a staff officer in the Directorate of Army Intelligence. Vajiralongkorn spent his military career training with the British, US, and Australian armed forces. He holds various ranks in the Thai armed forces, including Field Marshal, Admiral of the Fleet, and Marshal of the Royal Thai Air Force. He’s also a trained pilot with the ability to fly various aircrafts, including the Northrop F – 5.

On November 6, 1978, Vajiralongkorn was ordained as a monk at the Temple of the Emerald Buddha (Wat Phra Sri Rattana Satsadaram). He was 26 years old at the time and as is the tradition, Vajiralongkorn lived at Wat Bowonniwet Vihara for 15 years, assuming the monastic name “Vajiralongkornno.”

On October 13, 2016, King Bhumibol Adulyadej died and by law, Vajiralongkorn became king. However, Vajiralongkorn didn’t ascend to the throne until December 1, as he asked for some time to mourn.

As of April 1, 2021, Maha Vajiralongkorn had a net worth of $30 billion. That’s enough to make him the richest monarch ruler in the world.

Bhumibol’s net worth came from a number of lucrative sources, including the Crown Property Bureau (CPB). He also owned huge tracts of land, including a 3300-acres real estate property in central Bangkok and 13,200-acres of country land. The king also owned a 32% stake in Siam Cement estimated to be worth $13 billion at the time of his death. Not to mention, a 23% stake in Siam Commercial Bank and a minority stake in the Shin Corporation. 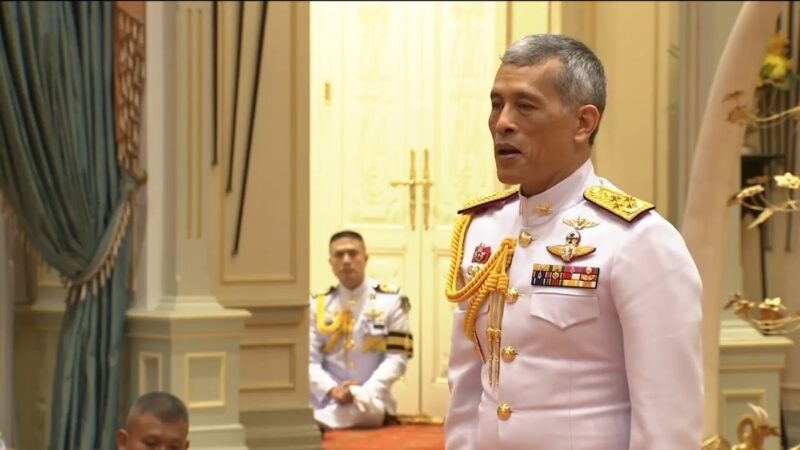 Maya Vajiralongkorn has been widely criticized for his lavish and promiscuous lifestyle. Some of his critics have labeled him a playboy who has no business occupying the highest office in the Thai government. However, the king doesn’t seem to be moved by his critics, probably because he finds personal fulfillment from his lifestyle.

2. When an opportunity to serve your country presents itself, grab it with all arms

King Vajiralongkorn has extensive military training. He trained alongside British, American, and Australian forces and served his country in the military before becoming king. That’s an achievement not to be scoffed at, considering that many crowned princes would rather stay in the palace and enjoy the trappings of power than join the military.

Maha Vajiralongkorn is the reigning king of Thailand. He has served in that capacity since his father’s death on October 13, 2016. Vajiralongkorn also happens to be the wealthiest monarch in the world, with a staggering net worth of $30 billion.