Kobe Bryant, born Kobe Bean Bryant on August 23, 1978, was an American professional basketball player who majorly played the position of a shooting guard. Kobe was born in Philadelphia, Pennsylvania, to Joe Bryant and Pamela Cox Bryant.

Kobe’s father was also a professional basketball player, which might help to explain where Kobe got his inspirations from. His first name, Kobe, was inspired by the famous beef of Kobe, Japan, which his parents saw on a restaurant menu. And his middle name, Bean, came from “Jellybean”, his father’s nickname. 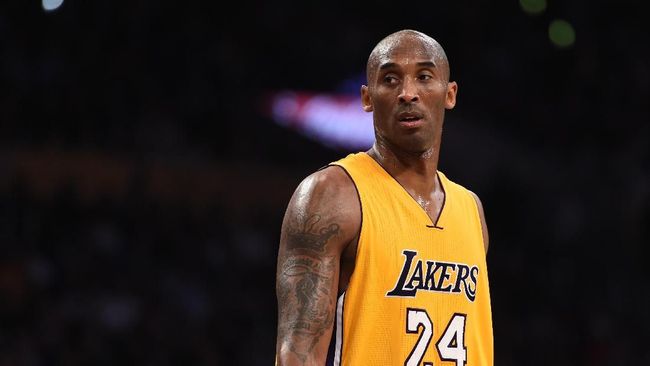 Kobe Bryant discovered his basketball playing talent when he was only three years. At the time, he keenly followed the events of the Los Angeles Lakers, which was his favorite team. His father retired from the National Basketball Association (NBA) when Kobe was six. But despite retiring from the NBA, Joe Bryant still had a passion for basketball. So, he moved the family to Rieti in Italy, where he continued to play professional basketball for a lower-ranking team.

While in Italy, the family lived in different cities and towns, including Reggio Calabria, Pistoia, and Reggio Emilia. It’s at Reggio Emilia where Kobe Bryant began to play some serious basketball. Though he was in Italy, Kobe still tried to follow the NBA, particularly his favorite team, the Lakers. His grandfather occasionally mailed him videos of the NBA, just so he could stay in the loop on the happenings in the league. He also learned more about the game by following animated European films that were based on basketball.

When he was thirteen, the family moved back to Philadelphia, and Kobe was enrolled at the Bala Cynwyd Middle School. He later joined Lower Merion High School, from where he entered the NBA. During his entire 20-season career as a professional basketballer, Kobe Bryant played for the Lakers, where he was considered one of the best players of all time. He is credited for making 33,643 points as well as 7,047 rebounds and 6, 306 assists throughout his professional career.

The following are some of his awards and achievements;

Besides these prestigious awards, Kobe Bryant has also won two Olympic Gold Medals for the US national basketball team (2008 and 2012), as well as the FIFA Americas Championship in 2017. At 34 years and 104 days, Kobe was recognized as the youngest player ever in the NBA league history to attain 30,000 career points. And as of February 1, 2010, he became the all-time leading scorer for the Los Angeles Lakers franchise history.

As of January 1st, 2020, Kobe’s net worth was a staggering $600 million. He owed most of his wealth to the million-dollar salary he was earning playing basketball professionally for the Los Angeles Lakers. During his days with the Lakers, Kobe reportedly earned $328 million in salary alone. In 2013, he was listed on Forbes as the fifth-highest paid sportsperson in the world, coming only after Floyd Mayweather, Cristiano Ronaldo, LeBron James, and Lionel Messi.

Like most celebrities, Kobe also made his fortune through lucrative endorsement deals, most notably, for sports brands and magazines. He is reported to have made at least $350 million from endorsement deals. Some of the brands he endorsed include Adidas, McDonald’s, Nike, Sprite, Sina.com, Alibaba, Mercedes Benz, Hublot, Turkish Airlines Lenovo, and Panini.

In terms of personal investment, Kobe Bryant purchased a 10% equity stake in the renowned sports drink, BodyArmour. In 2018, Kobe earned some $200 million from his investment in the company.

One of the lessons we can learn from Kobe is that success requires passion and dedication. The life of Kobe speaks to a man that was not only dedicated to his team but also to the entire game of basketball. He once said, “If you want to be great in a particular area, you have to obsess over it. A lot of people say they want to be great, but they’re not willing to make the sacrifices necessary to achieve greatness. They have other concerns, whether important or not, and they spread themselves out.”

Another important lesson we can learn from Kobe Bryant is the importance of a strong work ethic. Kobe believed that there’s no substitute for hard work. And that to succeed in your career, you’ve got to pull all the stops to make stuff happen. He recognized the competitive nature of the NBA, and that a small lapse could cost him and his team big time. As such, he didn’t mind putting in extra hours just to stay ahead of the competition.

As far as leadership is concerned, Kobe Bryant taught us the importance of nurturing talents and fostering the spirit teamwork. Kobe once admitted to his passion for challenging people and making them feel uncomfortable. He was excellent at bringing out the best in, not only his teammates but also to his fans and the global basketball fraternity. And when in the court, Kobe wasn’t the player that loved to outshine everyone. He didn’t delight in taking personal credit as he believed that when a team wins, it means that everyone must have pulled their weight.

The following are some of the popular quotes by Kobe Bryant;

• “A lot of leaders fail because they don’t have the bravery to touch that nerve or strike that chord.”

• “I realized that intimidation didn’t really exist if you’re in the right frame of mind.”

• “I’m extremely willful to win, and I respond to challenges. It’s not a challenge to me to win the scoring title, because I know I can.”

• “I’m reflective only in the sense that I learn to move forward. I reflect with a purpose.”

• “If you’re afraid to fail, then you’re probably going to fail.”

• “Once you know what failure feels like, determination chases success.”

• “The beauty in being blessed with talent is rising above doubters to create a beautiful moment.”

• “The most important thing is to try and inspire people so that they can be great in whatever they want to do.”

• “Winning takes precedence over all. There’s no gray area. No almosts.”

On January 26th, 2020, Kobe Bryant, along with his 13-year-old daughter, Gianna Bryant, and seven others perished in a helicopter crash in Calabasas, California. The Bryant family lost a husband, dad, and son. But the world lost a legend and mentor.