Unless you’ve been living under a rock, the chances are that you’ve heard of the phrase ‘Law of Attraction’. While this phrase has been extrapolated to various life situations, it has its fundamental origin among the 12 spiritual laws of the universe. These are laws or principles that govern everything that happens in the universe.

The 12 spiritual laws of the universe are designed to help humanity pursue happiness through love and forgiveness, as we harmonize our environment to create better realities. Philosophers and thinkers believe that to achieve true happiness and appreciate our role and space in this universe, we must grasp and apply these 12 universal laws.

The 12 universal laws are grouped into two categories, namely;

i. Absolute Laws – Absolute laws are the first three. They cannot be transcended or changed, and are, therefore, eternal.

ii. Conditional/Transitory Laws – Unlike absolute universal laws, transitory laws are mutable. That means you can use them to create and even change your reality.

Now, let’s go over each law and examine how it impacts our lives; 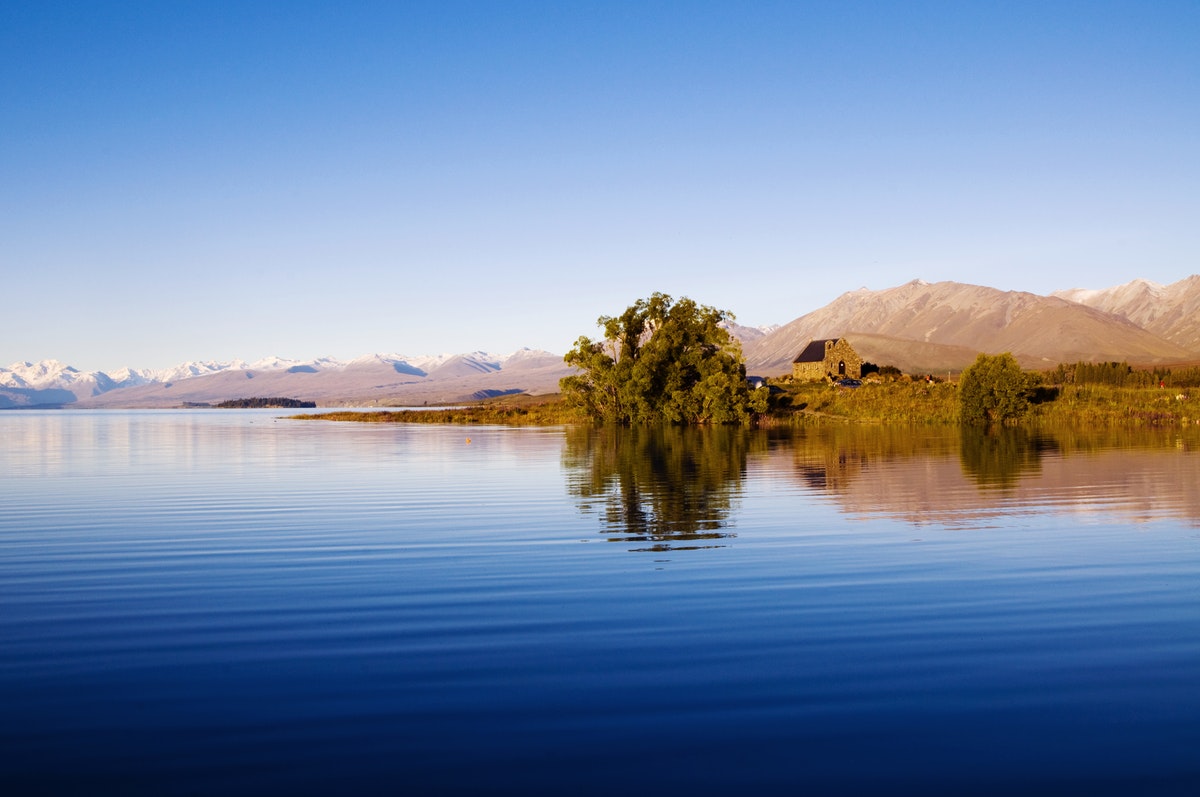 1. The Law of Divine Oneness

The Law of Divine Oneness presupposes that the entire universe is made up of a matrix of interconnected particles.

This law borrows a lot from the quantum theory, which suggests that there is some kind of connection among all creation.

We’ve all experienced this kind of connection at one point or another. For example, you may have dreamt of an incident out of the blues and the incident happens a few days after. Or, you could have had premonitions of your friend being in trouble and when you give them a call, you find out that they’re actually in trouble.

Through the Law of Divine Oneness, we can appreciate the fact that all humanity and creation is one, regardless of the many terms that spell our differences.

2. The Law of Vibration

According to this law, all matter is made up of particles that vibrate at a certain frequency.

As you may already know, matter exists in three states namely, solid, liquid, and gas. But with respect to the Law of Vibration, matter could be anything, ranging from the sun and the planets to dust particles blown off the ground. Even our human thoughts constitute matter and vibrate too.

The Law of Vibration holds that regardless of the form in which matter exists, its particles are always in constant motion. Each of those particles carry some energy with them and as they vibrate, they get attracted to each other depending on their energy frequencies.

3. The Law of Correspondence

The Law of Correspondence ties closely to the Law of Divine Oneness. It states that all creation is made up of the same patterns.

We can apply this law to mean that our outward actions are a manifestation of our inward thoughts. If your thought process is productive and organized, you’ll likely make better and more fruitful decisions. But if you’re battling with inner conflicts, those conflicts may spill over into your physical world and interfere with your pursuit for happiness.

The Law of Correspondence may also be applied to challenge people to change their perspectives about their situations and life in general. Like they say, ‘the problem is not the problem; the problem is how you look at the problem’.

4. The Law of Attraction

This is the most popular of all the 12 spiritual laws of the universe.

According to the Law of Attraction, like attracts like. Therefore, you can only achieve your goals in life when you work out a way to vibrate on the same frequency as your life’s desires.

Through the Law of Attraction, we can appreciate the importance of aligning our thoughts and emotions with the things that we want to do or become in our lives.

Of course, that isn’t the only requirement in creating your reality. However, by thinking positively and having a balanced attitude about life in general, you’ll find it a lot easier to face and overcome challenges that would have otherwise been insurmountable.

5. The Law of Inspired Action

The Law of Inspired Action is closely related to the Law of Attraction.

This law challenges us to actively pursue our life goals. The law argues that we cannot imagine our realities into existence. That if we’re serious about improving our lives and creating better realities, then we must take concrete steps to make it happen.

Visualization is good. Fostering a positive attitude is equally recommended. However, you can only get from point A to point B when you take actual steps to get there, and not just by wishing. Above all, the action should be inspired as opposed to motivated.

6. The Law of Perpetual Transmutation of Energy

According to this law, everything that surrounds us exists in a constant flux. However, it’s impossible to fully grasp these changes as most of them take place at the cellular, molecular, and atomic levels.

Through this law, we appreciate the fact that we can trigger positive change even in situations where everything else appears bleak.

The law of Perpetual Transmission of Energy tells us that high vibrations can cause positive change in low vibrations. So, if you’re presently feeling stressed and dejected, it means that you’re vibrating at low frequencies.

You can have your moods lifted by interacting with an excited and cheerful friend who, in this case, is vibrating at high frequency.

7. The Law of Cause and Effect

Every action gets an equal reaction, choices have consequences, etc. These are some of the different interpretations of the Law of Cause and Effect.

The Law of Cause and Effect is also one of the most widely-applied spiritual laws, especially when it comes to the administration of justice.

And since we’re all basically one creation, how you vibrate in one realm might even affect other people’s realities in a different realm.

8. The Law of Compensation

The Law of Compensation is closely related to the Law of Cause and Effect. It tells us that we receive whatever we put out.

But even when what we receive may appear like a consequence of good or evil deeds, it’s not always the case with the Law of Compensation. For instance, this law argues that riches and honor aren’t necessarily rewards or consequences of good works. Indeed, the world abounds with wealthy people who aren’t necessarily happy, as well as kings and rulers who didn’t deserve to be there.

Therefore, the compensation shouldn’t be looked at purely from the perspective of good and bad, or positive and negative. It’s simply a result of what you put out.

9. The Law of Relativity

This is another common spiritual law that we encounter almost on daily basis. The law supposes that nothing can be judged in absolute terms.

You cannot deem somebody or something to be entirely good or bad until you’ve compared them with someone or something else. According to this law, no one is perfectly righteous or utterly vile. Instead, our morals, abilities, competencies, etc. can only be gauged in relation to those of other people.

The Law of Relativity is commonly applied to help people develop a more objective analysis of a situation, and not just see everything in black and white. For instance, you can only believe that your neighbor is poor because you’re yet to meet a poorer person. Otherwise, you’ll quickly change your point of view.

The Law of Polarity tends to run a bit parallel to the Law of Relativity. According to this law, everything in life has an exact opposite, and you can only define something in relation to its opposite.

In a spiritual perspective, the Law of Polarity implies that once you’ve determined what you want, you’ll seamlessly know what you don’t want. The existence of contrasts is key in fueling our passions to pursue our dreams. Which explains why a person that lived a wretched life as a kid would always feel inspired to work harder not to relive their childhood experiences.

Also known as the Law of Perpetual Motion, the Law of Rhythm explains that life happens in cycles, and that everything is seasonal.

When you’re facing rough patches in your life, it’s reassuring to know that it’s all for a spell, and that you’re destined for a brighter and happier future.

Through this law, we can appreciate the fleeting nature of life and learn to savor the beautiful experiences while they last. If you’re in a relationship where everything appears rosy, make the most of those glorious moments because you never know when things will head south.

The Law of Gender claims that everything exists both as male and female. Well, that may sound a bit counterintuitive but according to this law, there’s no distinct male or female.

Instead, we have both male and female energies vibrating within us. The energies can also be termed as yin and yang, anima and animus, etc.

Unlike in the Law of Polarity where only one of the conflicting forces can exist at a particular time, the Law of Gender claims that a person can manifest two opposing vibrations at the same time. All you have to do is find a balance between these energies so that you can synergize their powers.

The 12 spiritual laws of the universe have been with us from time immemorial. Through these laws, we can make better decisions and harmonize our environments in a way that positively impacts our realities.