Who Is Lil Nas X?

Old Town Road first went viral on TikTok before receiving international success and becoming diamond-certified within a year of its release. It also went on to top the Billboard Hot 100 chart for a record nineteen weeks, becoming the longest-running #1 song in the chart’s history.

The song’s popularity continued to rise even after it was edged out of the number one spot, thanks to its subsequent remixes. The most popular of such remixes is the one that featured Billy Ray Cyrus. Lil Nas X leveraged the popularity he received from Old Town Road to release several hits, most of which have been nearly as successful.

Though he has a fairly short industry presence, Lil Nas X has already bagged numerous prestigious awards, including: 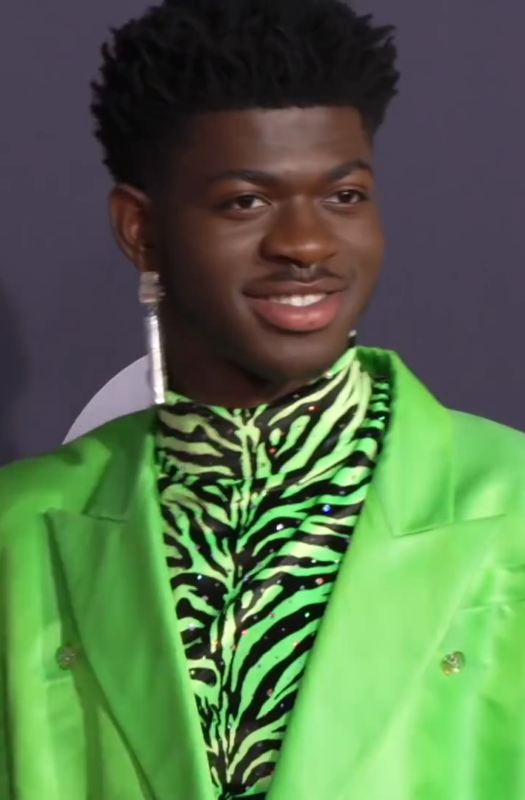 Lil Nas X was born on April 9, 1999, in Lithia Springs, Georgia, to Robert Stafford and Tamika Hill. His parents separated when he was six and he moved with his mother and grandmother. Three years later, he moved in with his father, a decision that he has since claimed helped him stay out of trouble.

Lil Nas X attended Lithia Springs High School where he graduated in 2017. He proceeded to the University of West Georgia but dropped out after one year to pursue a career in music.

During his teenage years, Lil Nas X began creating comedy videos and witty memes on social media platforms. He started out on Facebook before moving to Instagram and Twitter. In under two years of venturing into social media, Lil Nas X had already racked up more than 5.2 million YouTube subscribers, 4 million Instagram followers and 2.3 million Twitter followers.

On December 3, 2018, Lil Nas X released his first and most popular music project so far, a country rap song known as Old Town Road. The song went viral on various social media platforms within weeks of its release.

The following are other songs that the sensational rapper has released so far:

Lil Nas X has a net worth of $4.3 million, as of 2023. Nas X has earned his fortune from his successful career as a rapper and he owes much of it to his sensational hit song Old Town Road.

Within a couple of months of its release, Old Town Road had already broken Drake’s all-time record for the most streams in a week. The song also made it to the #1 spot on Billboard’s Hot 100 list. Lil Nas X has released several other songs, most of which are available on streaming services like YouTube, Tidal, Soundcloud, Spotify, and Apple Music.

Lil Nas X’s exceptional rapping talent has seen his net worth rise astronomically over the past few years. In 2018, the rapper was only worth $100,000. A year later, vigorous streaming campaigns increased his net worth to $2.7 million. If he sustains his current form, he might just emerge as one of the wealthiest young musicians in the not-so-distant future.

1. Take pride in being different

Lil Nas X struggled with coming out as gay during his teenage years. Initially, he feared that publicizing his sexual orientation might affect his brand. However, he was able to overcome his fears when he realized that we should all be proud of our diversity.

2. Collaborate with people that can get the best in you

Another crucial life lesson that we can learn from Lil Nas X is the importance of teaming up with likeminded individuals who can make you grow. The young rapper has since collaborated with popular artists like Billy Ray Cyrus, RayAyy, and Skaiwater.

3. Humor endears you to fans and haters alike

Lil Nas X started out posting hilarious memes on social media. At the time, he probably never envisaged the long-term implications of his comedy videos and memes. As it turned out, his rib-cracking memes drew more fans to him and contributed significantly to his overall popularity.

The following are some of the memorable quotes by Lil Nas X:

“I believe whenever you’re trying something new, it’s always going to get some kind of bad reception.”

“In my music, I’m never going to force anything to try to recreate a moment or something.”

“Live your life to its fullest potential and don’t really care too much about what other people think of you.”

Lil Nas X may be one of the youngest rappers alive. But he has already proven that he’s a force to be reckoned with.