Who Is Lil Pump?

Gazzy Garcia, professionally known as Lil Pump, is an American rapper and songwriter. Lil Pump has been active from 2015, though his breakthrough came in 2017, after releasing his single Gucci Gang.

The song was the most successful project from Pump’s self-titled debut album. It peaked at number 3 on the U.S Billboard Hot 100, and has since been certified triple platinum by the Recording Industry Association of America (RIAA).

In addition to Gucci Gang, Lil Pump has released other hits, including:

Over the few years he has been active in the music industry, Lil Pump has successfully carved himself a hyperactive public persona. He has appeared in numerous videos, mostly on social media, blissfully taking drugs like marijuana, MDMA, lean, and Xanax. His hyperactive and rather controversial public profile has earned him fans and critics in equal measure.

While he has been in the industry for barely five years and only released a handful of tracks, Lil Pump has already proven to be a force to be reckoned with. In 2019, he made the Forbes list of 30 Under 30 and his song, Welcome to the Party, appeared in the soundtrack for Deadpool 2. 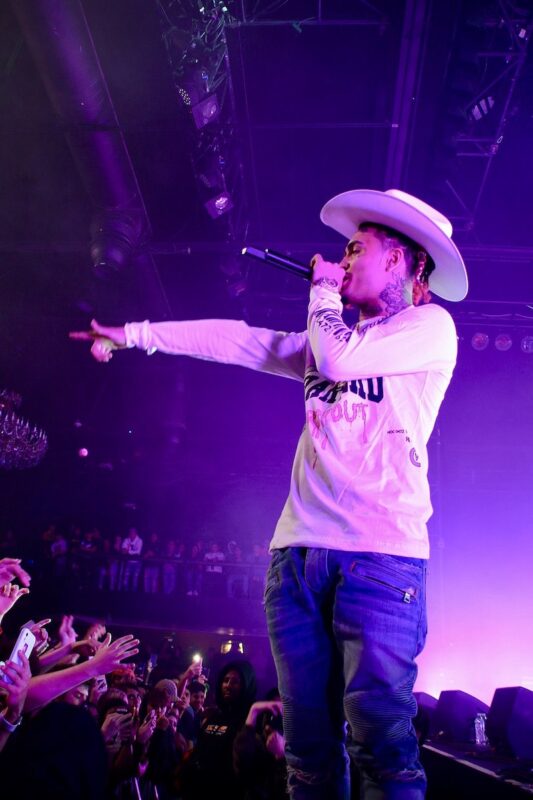 Lil Pump was born on August 17, 2000 in Miami, Florida, to Colombian parents. His parents divorced when he was six years old, after which his mother moved to Miami.

Right from his childhood, Lil Pump was always passionate about music and rapping. When he was thirteen years old, he was introduced to rapper Omar Pineiro, popularly known as Smokepurpp, by his cousin, Lil Ominous.

The introduction marked the beginning of his rise in the music industry, as the duo went on to become successful collaborators. Not only did Lil Pump feature Smokepurpp in his debut mixtape, but the rappers also co-headlined the 2016’s No Jumper tour.

Like many budding rappers, Lil Pump first became popular on Soundcloud. By the time he released his self-titled debut album, he was already a valuable brand. The album achieved incredible success, peaking at the #2 spot on the US R&B/Hip-Hop and US Rap charts, as well as #3 on the Billboard 200 chart.

However, he felt that continuing with his education would derail his ambitions of pursuing his career in rapping. So, he dropped out of the institution but still decided to pay tribute to it. The name Harverd was conveniently chosen to resonate with Harvard, while avoiding potential legal issues.

Of course, these claims remain rumors, as information has since emerged that the rapper might not have attended the Harvard Medical School, after all. That’s especially considering that he never even graduated from high school.

As of July 1st, 2021, Lil Pump had a net worth of $8 million. He owes a substantial portion of his net worth to album sales. It’s worth noting that Pump has earned much of his wealth over the last two years. In 2017, his net worth stood at a paltry $1 million. However, that improved drastically, thanks to his $8 million recording contract with Warner Bros. Records.

According to the terms of the contract, Lil Pump would get $8 million in advance. After that, he would receive $9,000 during the first year and $12,000 in the second year. From there, the contract pays him $15,000 annually through the seventh year. But that’s not all. The rapper received a 14% share of his royalties in the U.S.

In addition to album sales, it’s safe to assume that Lil Pump also earns some decent cash from monetized videos and campaigns on his social media platforms, particularly on YouTube. By September, 2018, the rapper had racked up over 11 million subscribers and just under 2 billion views on YouTube.

Besides YouTube, Lil Pump’s songs have also performed exceptionally well on Spotify. He enjoys more than 1 billion streams on the platform. On September 22, 2018, his single with Kanye West, I Love It, topped the streaming songs chart, garnering 46 million streams just on its first week.

Lil Pump revealed on social media that he’s dyslexic, which makes him unable to read. That he has succeeded despite his condition is proof that disability is not inability.

Lil Pump also reminds us that working with popular brands is a sure catalyst for success. He is known to collaborate with some of the industry’s finest rappers, including Kanye West and Lil Wayne.

The importance of originality is another crucial life lesson from Lil Pump. While his hyperactive public profile has been a subject of controversy, it’s the very thing that defines the rapper.

“I want to be the biggest thing that’s out because I’m different from everybody. I don’t sound like nobody.”

“My goal is to be the most ignorant, richest rapper I could be.”

Lil Pump may have been around for a few years. But he is already giving the big boys a run for their money. If he maintains his form, he might just be one of the best things the rap industry has ever known.