Who Is Lisa Rinna?

Lisa Deanna Rinna is an American actress and television personality who’s best known for playing Billie Reed on the NBC soap opera Days of Our Lives. Rinna is also famous for her role as Taylor McBride on Fox television drama Melrose Place, as well as for being one of the cast members of the reality television series The Real Housewives of Beverly Hills.

Lisa’s other notable television roles include appearances as a contestant on the reality shows Dancing with the Stars and The Celebrity Apprentice. The shows aired on ABC and NBC, respectively.

Still on television, Lisa Rinna is credited for guest-starring on Veronica Mars, Entourage, 8 Simple Rules, The Middle, and Community. Her television roles also include talk show hosting, where she’s best known for hosting Soapnet’s talk show, Soap Talk from 2002 to 2006.

In addition to her successful career in the entertainment industry, Lisa Rinna is also an acclaimed author. She has written three notable books, including ‘Starlit,’ ‘The Big, Fun, Sexy Sex Book,’ and ‘Rinnavation.’ Rinnavation is a New York Times bestseller.

Rinna is also a model and fashion designer.

Lisa Rinna was born on July 11, 1963, in Newport Beach, California, to Frank Rinna and Lois Rinna. Rinna attended Medford Senior High School, from where she graduated in 1981.

After graduating from high school, Rinna moved to San Francisco, California, to pursue a modeling career. She appeared in a couple of television commercials for various brands.

Lisa’s breakout role came in 1992 after she was cast as Billie Reed on NBC’s soap opera Days of Our Lives. She starred in the series until 1995 but later reprised her role as Billie Reed in 2002, 2012, and 2018. Rinna gained wider recognition in 1996 when she started portraying Taylor McBride on Fox television drama Melrose Place. She starred in the series until 1998. During this time, she landed other film and television roles, including in the 1993 film Robot Wars and 1995 television movie Vanished.

Lisa Rinna continued appearing in various movies and television shows over the next couple of years, including:

Since 2014, Lisa Rinna has been a cast member of the television reality show The Real Housewives of Beverly Hills. During the same period, she has continued making television appearances, including on series like C.S.I. (2015), The Hotwives of Las Vegas (2015), The Middle (2017), This Close (2019), and Celebrity Family Feud (2020). Lisa Rinna has a net worth of $10 million, as of 2023. She has earned her millions from her highly successful film and television careers.

Rinna draws a salary of $450,000 per season for her role in The Real Housewives of Beverly Hills. That’s enough to make her one of the series’ highest-paid cast members.

The following are the per-season salaries of various former and current members of the RHOBH.

Lisa’s notable endorsement earnings came from appearing in commercials for Mars Inc., Taco Bell, Winsor Pilates, and Depend. She reportedly made $2 million for being the spokesperson of Depend.

Other notable business ventures by Lisa Rinna include:

It’s almost impossible to amass meaningful wealth pursuing one business venture. It appears that Lisa Rinna understands this crucial success lesson, which is why she undertakes various endeavors in and out of the entertainment industry.

2. Keep your private life away from the public limelight

Despite being married to an actor for more than two decades, Rinna and her husband Hamlin have managed to keep their private life away from the spotlight.

Lisa Rinna is a renowned philanthropist. She has donated generously to various charity and humanitarian organizations over the years, such as The Trevor Project. 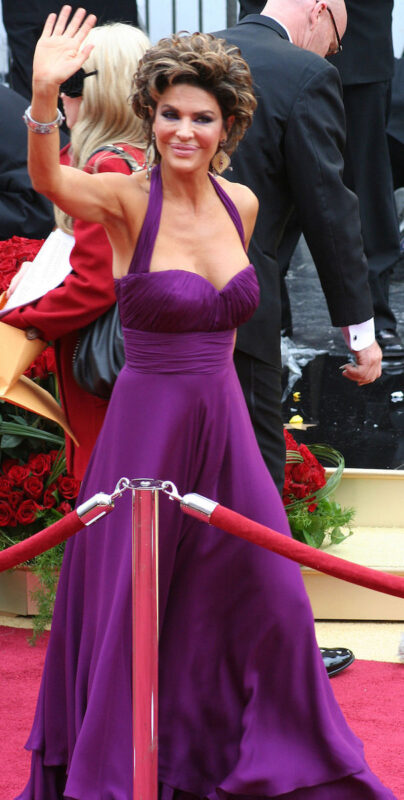 “I have two children, and they know that I never pass up a piece of cake, ever.”

“I’ve got really good people around me, and I feel really blessed to get to do everything I get to do, so to me it’s a joy.”

“Just like I believe God is everywhere, I believe that whether it’s nature, whether it’s sitting on a bike in spin class, that can be church, too, for me.”

“Love is all there is. That I know to be absolutely true.”

Lisa Rinna is an American actress, television star, model, and author who has a net worth of $10 million. Rinna attributes her net worth to her illustrious film and television career, as well as her strong enterprising spirit.