Melvin Kaminsky, best known as Mel Brooks, was born on June 28, 1926, in Brooklyn, New York. Brooks is a multi-hyphenated artist. He is an actor, director, writer and producer. He directed several iconic film comedies, which include The Producers, Blazing Saddles, and Young Frankenstein.

Brooks is also a recipient of Academy, Emmy, Grammy, and Tony Awards. He was the husband of four decades to the late Anne Bancroft. 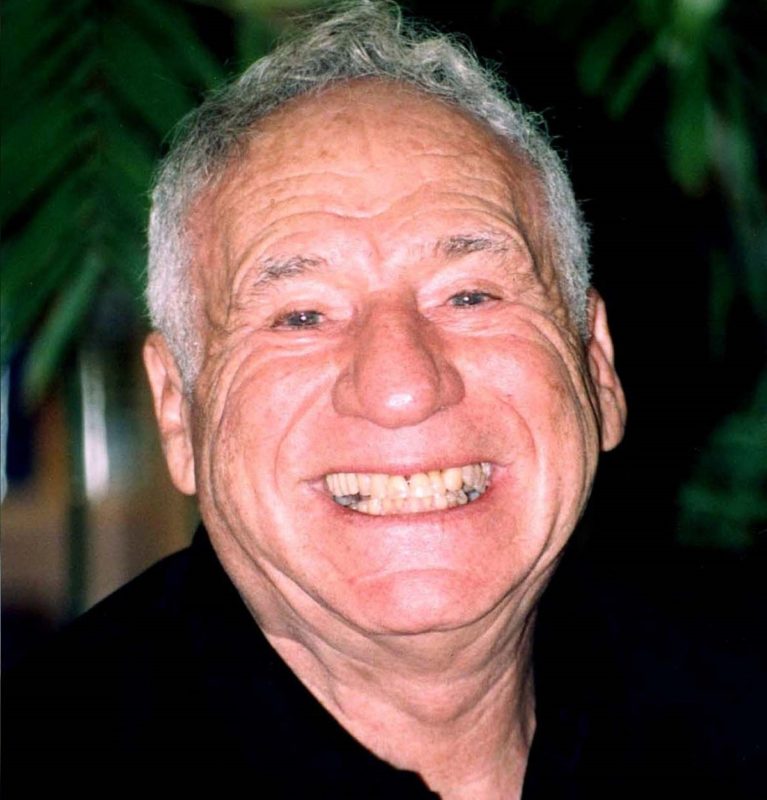 Mel Brooks was born in Brooklyn, but grew up together with his three older brothers in Williamsburg. His parents were Max Brooks and Kate Brookman Kaminsky. When he was two, his father died of kidney disease. Of his father’s sudden demise, an older Brooks noted in an interview that he was outraged. He was angry at the world. And so, much of his comedic work was based on anger and hatred.

When he was young, Brooks was a sickly boy. He was also small for his age. Thus, he was frequently bullied by his classmates. When he was nine, his uncle Joe, a cab driver who would chauffer Broadway doormen to and from Brooklyn, took him to see Anything Goes.

The tickets were given as a token of appreciation for his uncle’s kindness. After the show, Brooks told his uncle that, without a doubt, he would be a part of the entertainment business. At 14, he learned how to play the drums with the guidance of Buddy Rich, who happened to be living in Williamsburg, too. In that same period, Brooks started to earn a living.

Brooks first attended Abraham Lincoln High School before transferring to Eastern District High School, where he graduated. He majored in psychology at Brooklyn College, but only for a year because he was drafted into the army. He served in the US Army as a corporal in the 78th Infantry Division.

After his service, Brooks made his way to be a part of show business as a comedian. In 1949, he partnered with Sid Caesar, another comedian, to write The Admiral Broadway Revue. A year after, they collaborated again to pen Your Show of Shows. In the mid-1960s, on his own, Mel Brooks received recognition for his work at Get Smart, a TV series starring Don Adams. He also worked on an animated short film, The Critic, which received an Academy Award. In 1968, Brooks directed and wrote his first feature-length film, The Producers.

Zero Mostel and Gene Wilder starred in the hilarious, witty film about two greedy Broadway producers who intentionally produced a play in bad taste. Initially, the film failed to be a box office success, but it earned Brooks an Academy Award in 1969 for Best Screenplay. Decades later, The Producers would be cited as one of the best classic comedy films of the century.

In 1970, Brooks directed another film, Twelve Chairs, and simultaneously worked on the movie script for the animated version of the musical Shinbone Alley. Earlier that year, he also released the film Blazing Saddles, which is a parody of westerns he co-wrote with Richard Pryor.

The film gained domestic success. It earned nearly $120 million in the US alone. Then in the latter part of the year, Brooks unveiled yet another future comedy classic, Young Frankenstein. The film was an immediate hit.

Brooks continued to direct and write quality films over the next couple of decades. His body of work includes Silent Movie (1976), Spaceballs (1987), Robin Hood: Men in Tights (1993), and Dracula: Dead and Loving It (1995). Besides doing onscreen work, Brooks also founded Brooksfilms, his own production company. It produced several notable films like The Elephant Man (1980) and The Fly (1986). 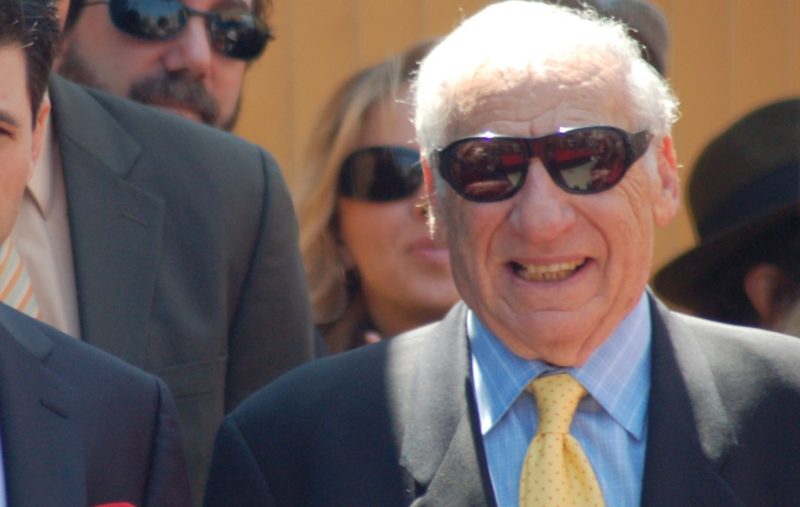 Mel Brooks is part of an elite group of people who have earned multiple Academy, Emmy, Grammy, and Tony awards. He earned one Grammy award for the Broadway adaptation of his film The Producers. He got another one for The 2000 Year Old Man in The Year 2000, a comedy album.

He received an Emmy award for his written work on his variety show, and then decades later, three more statues for his portrayal of Uncle Phil on Mad About You.

In 2013, Brooks received the American Film Institute Lifetime Achievement Award. In 2016, he was the recipient of the National Medal of Arts award presented by President Barack Obama. Brooks’ first marriage was with Florence Baum. Their union lasted nine years (1953 to 1962) before they divorced. Together, they had three children.

Brooks met popular film, TV, and stage actress Anne Bancroft in 1961 at a rehearsal for a variety show. On August 5, 1964, Brooks and Bancroft got married in Manhattan. The two remained married until 2005 when Bancroft passed away. They had one son, Max Brooks, who authored the series The Zombie Survival Guide and World War Z.

Here are some of the best Mel Brooks quotes.