Who Is Millie Bobby Brown?

Millie Bobby Brown is an English actress and film producer who is best known for her role as Eleven on the Netflix television series Stranger Things. Brown began starring in the science fiction series in 2016. She was only 12 years old at the time. The series has since been renewed for four seasons, with Millie Brown appearing in all the four seasons.

Besides Stranger Things, Millie Bobby Brown has also starred and featured in several other films, including the monster movie Godzilla: King of the Monsters in 2019 and the mystery film Enola Holmes in 2020. 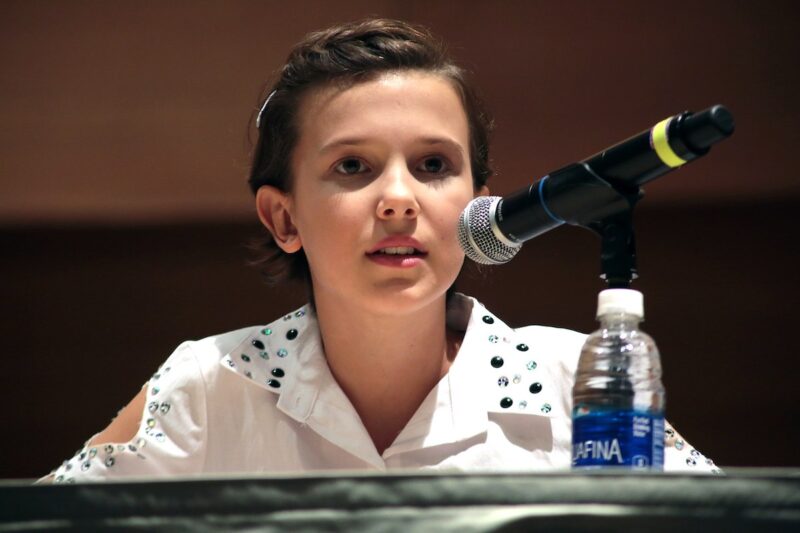 Millie Bobby Brown was born on February 19, 2004, in Marbella, Spain, to English parents Robert Brown and Kelly Brown. Brown’s parents moved to Bournemouth, Dorset, when Millie was around four years old. At the age of eight, her family relocated to the United States and eventually settled in Windermere, Florida.

Millie Bobby Brown kicked off her acting career by making a guest star appearance as Young Alice in the drama series Once Upon a Time in Wonderland, aired on American Broadcasting Company (ABC). The following year, Brown landed a starring role as Madison O’Donnell in BBC America’s paranormal drama-thriller series Intruder. She went on to make numerous guest appearances, including in the police drama series NCIS, the sitcom Modern Family, and the medical drama series Grey’s Anatomy.

In 2016, Millie Bobby Brown got her career-defining moment when she was cast to star as Eleven in the Netflix sci-fi horror series, Stranger Things. She has retained her role in the series to date.

In January 2019, Brown made her cinematic debut playing Madison Russell in the monster film Godzilla: King of the Monsters. The following year, she starred as well as produced the mystery film The Enola Holmes Mysteries.

Brown’s acting talents haven’t gone unnoticed either. The young actress has received numerous awards and recognitions for her outstanding performance in the entertainment industry.

The following are some of the notable awards that Millie Bobby Brown has earned so far:

In music, Millie Bobby Brown is best known for appearing in music videos by other artists. Some of the videos she has graced include:

Millie Bobby Brown’s net worth is a jaw-dropping $10 million, as of March 1, 2021. That’s pretty impressive, considering her young age and relatively short career as a professional actress.

Much of Brown’s $10 million net worth comes from her acting career, the bulk of which is attributed to her salary from Stranger Things.

Millie reportedly earned $10,000 per episode for her role in Stranger Things. That translated to some $80,000 for the entire season.

In November 2019, it was reported that Millie Brown would earn $6.1 million to star in the movie. That amount was exclusive of production credits. As a producer, Brown would earn $500,000 per day, as well as an additional $800,000 worth of bonuses if the movie’s profits crossed certain figures. So, Brown might have easily made at least $7 million from Enola Holmes (before taxes and fees).

But that’s not all. The actress was also guaranteed $7.5 million as base salary if Enola Holmes ever spawns a sequel.

In November 2016, Brown appeared in an advertisement for Citigroup. Other notable brands that Millie has endorsed include Calvin Klein and Moncler. 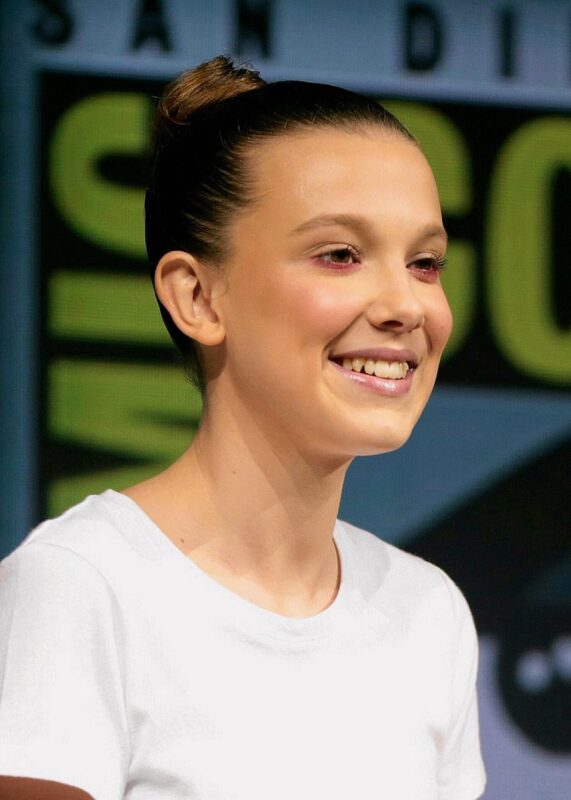 Despite being one of the most accomplished teen actors, Millie Bobby Brown came from a rather poor background. Brown’s family had to sell almost everything to move to Hollywood in a bid to support her acting career.

At the age of 12, it would have been convenient for Brown to focus her acting career solely on Stranger Things. However, she has managed to split her time between Stranger Things and other films, such as Godzilla: King of the Monsters and Enola Holmes.

Millie Bobby Brown has achieved monumental success both in and out of the entertainment industry. On November 20, 2018, it was announced that Brown had been appointed a UNICEF Goodwill Ambassador, becoming the youngest person ever to hold that prestigious position.

“At the end of the day, I just do my job. I love my art. But I genuinely want to change the world. I’m very generous, and I really want people to see that I am – that’s really it.”

“I have two hands: one for me, one for other people.”

“With my platform, anyway, I want to try and do good things and want to help people.”

Millie Bobby Brown has already accomplished so much for her age, but it seems she’s only getting started. With numerous upcoming projects, it’s only a matter of time before the Stranger Things sensation becomes even richer and more famous.