Many people enjoy their cup of coffee or espresso in the morning and don’t think that much about it. For some, it’s just liquid fuel to get us through the day. But for enthusiasts, coffee is a beautiful blend of both art and science.

So how much are coffee-passionate folks willing to invest to fuel their daily habit or to make sure the customers at their restaurant get the best cup possible?

You’re about to find out. 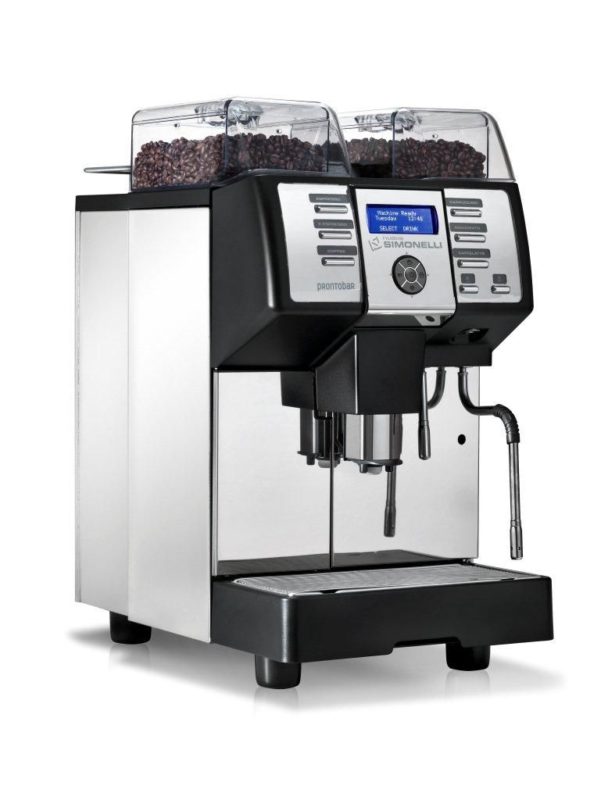 Priced at around $9,855 Nuova Simonelli Prontobar is one of a kind. Even though this espresso machine isn’t the most expensive on this list, it is probably one of the most technologically advanced models that you can find (next to the Franke which we discuss later).

You see, this machine is classified as a super-automatic. That means that all you have to do is press one button and it handles every other step of the process. That’s right, it grinds the beans and everything!

Now this machine is mainly built for commercial use, but some wealthier folks have also opted to put it into their espresso bars at home. I mean it’s understandable, right? Some people don’t want to take the time to worry about grinding the beans, loading a portafilter and cleaning it all out at the end.

There are other superautomatic machines out there, but few of them offer what the Prontobar does.

For one, the LCD display makes it super easy to select drinks, modify the temp, control the steam and even do automatic cleaning.

If someone decides to get the 1 step model of this machine it will actually steam the milk for you and blend it with your coffee.

The final thing that makes the Prontobar stand out is the dual hoppers. If you have some guests that prefer decaf or a certain roast then you can make sure the machine is equipped to make both by loading each hopper respectively. You can see exactly how they look at Majesty Coffee. 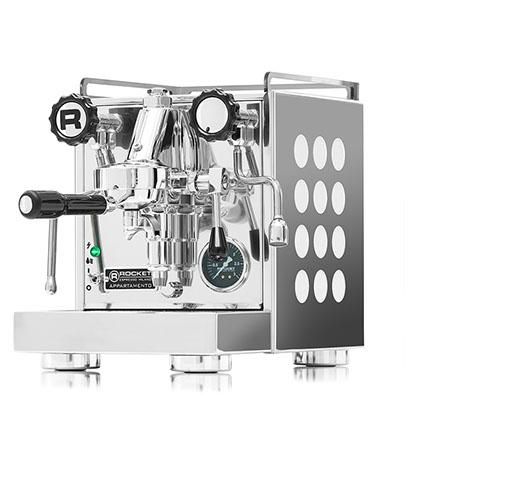 While the Rocket Appartamento isn’t relatively expensive compared to the other ones, it’s still a huge investment. Priced at around $1,750 the average person is going to be putting coins into their piggy bank for quite a while before they can afford it.

Despite the machine’s small footprint, you can brew and steam at the same time. Fantastic if customers are in a hurry in the morning.

This machine is also a “lever” machine technically, even though it doesn’t look like one. There’s a tiny lever on the side that does the infusion process which can be more fun for some people than just pressing an automatic button.

Perhaps the nicest thing about the Rocket Appartamento is the way that it looks. It’s surely a machine that you’ll want to show off on your counter-top or in a small coffee shop or restaurant. Whichever angle you look at it, It’s truly a work of art.

Related  How To Cancel An Auto-renewing Subscription On iPhone

The Nuova Simonelli Wave is one of the newest espresso machines which came out in late 2019. It’s a replacement for the previous model, the Aurelia II. One of the main features that make this new machine fantastic is the Pulse Jet technology.

This advancement gives the barista a greater amount of control over the pre-infusion stage so that they can bring out certain desired flavors such as sweetness and reducing things like bitterness and acidity in the final extraction.

It also has some other fantastic high tech features like an LCD display. It allows you to quickly and easily change things like power settings, pressure, infusion settings and much more.

If you’re someone that likes to make tall and cafe-style drinks, this machine also has raised group heads. This means you can fit larger cups under the group and easily make drinks with a larger amount of liquid such as cappuccinos and flat whites.

The wave comes in a few different configurations, but the highest tier (the T3) will run you around $18,500. 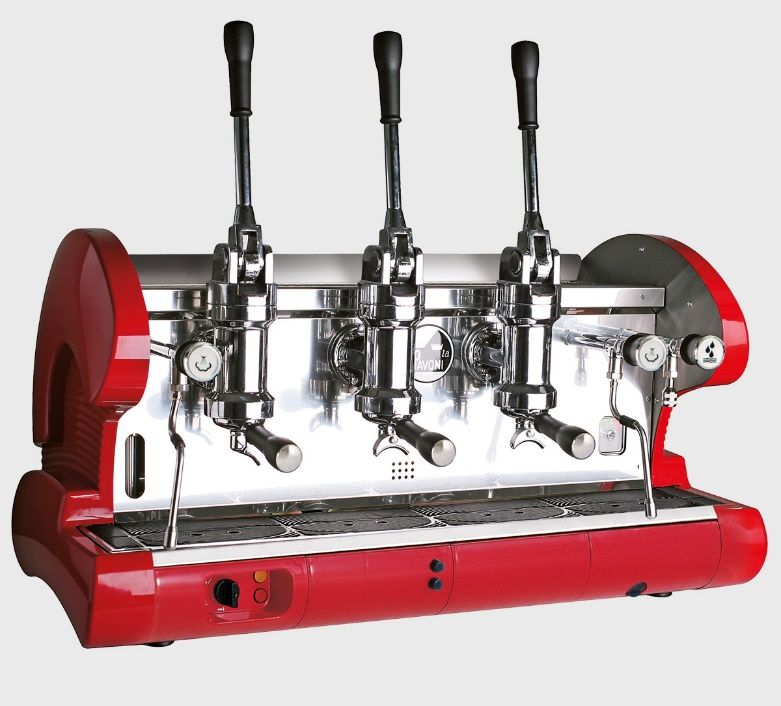 If you’ve ever wanted to truly “pull a shot” of espresso, then you’re going to need a lever machine. After all, that’s where the term comes from. The La Pavoni Bar 3L, priced at $7,100 has a classic look in red or black and comes with three lever-based group heads.

While this machine looks absolutely gorgeous, it’s important to actually know what you’re doing before you buy it. You see, the art of pulling shots of espresso is just that, an art. It’s a skill that you need to hone and craft over time.

After all, that’s why there are barista competitions and champions. Having to use a manual lever over a pre-programmed button just makes things that much harder.

While some folks absolutely love lever machines, you should know what you’re getting into before you buy. Your business should have a team of trained baristas that can operate levers because if not there is going to be a learning curve. 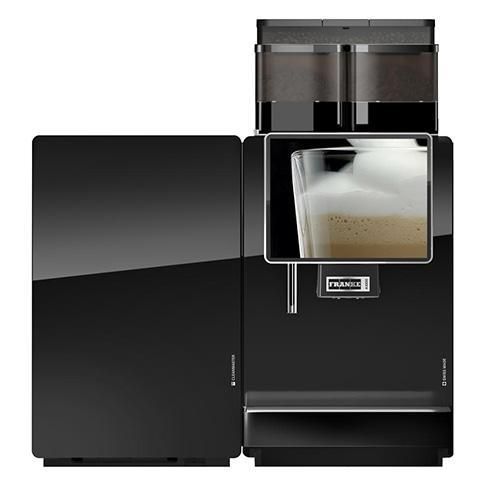 Priced at $18,899, and well over $20,000 if you want add-ons, this espresso machine is the pinnacle of convenience. With the single press of a button, you get freshly ground espresso, steamed milk, multiple flavors and much more. If you can think of a coffee-based drink, there’s probably a way to make it instantly with the Franke A1000.

It’s got a massive 10.4-inch touchscreen which is bigger than most laptop screens!

Just because it has so much automation built-in does not mean that it skimps out during the actual brew process. With pre-infusion of the coffee grounds built into this machine’s design, it’s almost like it’s a real barista pulling the shot.

The daily output capacity of this machine is truly massive. It can make up to 300 cups per day and 80,000 in a year’s time. This machine is obviously not recommended for a small business or cafe. You need to be a large operation with lots of daily customers before even thinking about investing in it, but if that’s something you have it can be a total game-changer.