You’ve heard before that the internet exists in three categories, right? The one we are on right now is called the surface web. The next up is the deep web and then there’s the dark web-or should we call it the underworld (because of all the criminal activities and other hush-hush stuff that happens there.)

You might be wondering why the pointless digress. Well, here’s the thing; if you talk about secret government projects, arms dealing, war crimes related to top politicians or rich corporations, and other similar such stuff, you could get into hot soup. In fact, you could get yourself killed.

If you are a whistleblower who wants the world to know the ills happening or simply wish to communicate with others without fear of being tracked, then you better start reading about the best encrypted messaging apps.

Besides the sensitive hush-hush topics, the best secure messaging apps will help you to keep your embarrassing story away from the prying eye. Or simply avoid marketing companies tracking your activity just so they can sell more stuff to you.

We know you are getting impatient so let’s just fire away to the main stuff, cool?

If you want your communication to stay under the radar of governments and tracking agents, here are the messaging apps to keep on your phone: Last on this line is Silence, previously identified as “SMS Secure.” While it doesn’t really outshine other well-known top dogs like Whatsapp, it is still a secure messaging platform. In fact, it’s a Spin-off of Signal, which was created by one of Whatsapp’s founders. Hope that calms any worry that was brewing up.

Silence maintains your security whether you are texting online or offline. It’s quite a really unique feature. This is because it works as an SMS/MMS app. Every once in a while, the app goes under public scrutiny to see if any outside agency (including governments) tried to track users’ chats.

The biggest pro of Silence is that you don’t need to have sign-up details. Plus, it’s open-source which means any programmer worth their salt can investigate the code for vulnerabilities. 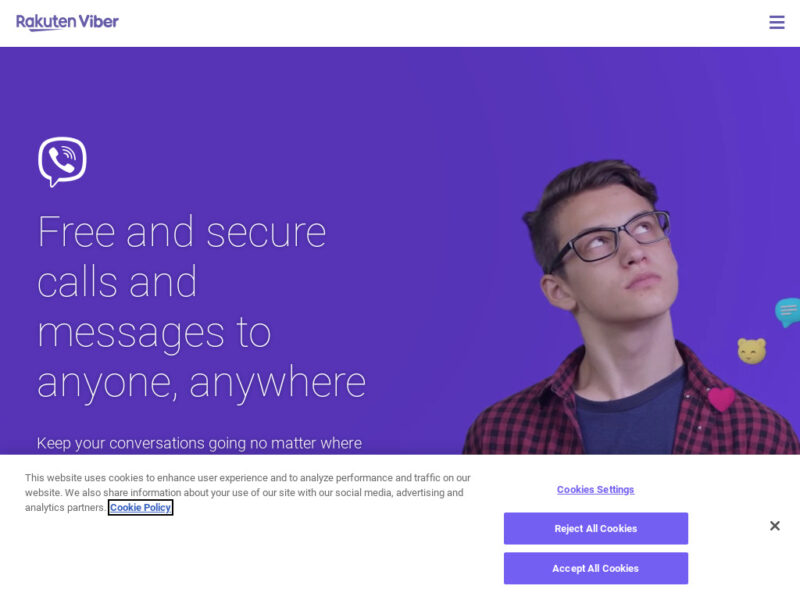 Viber shares a lot with Whatsapp. The app lets you make E2E encrypted HD calls, voice calls, messages, and more. It also encrypts group chats and calls. The group feature is better than WhatsApp because it allows unlimited members to join making it great for businesses, organizations, and institutions.

With Viber, you can hide contact and group chats or set them to self-destruct after some duration. The app is totally free but you’ll pay to call non- Viber users. 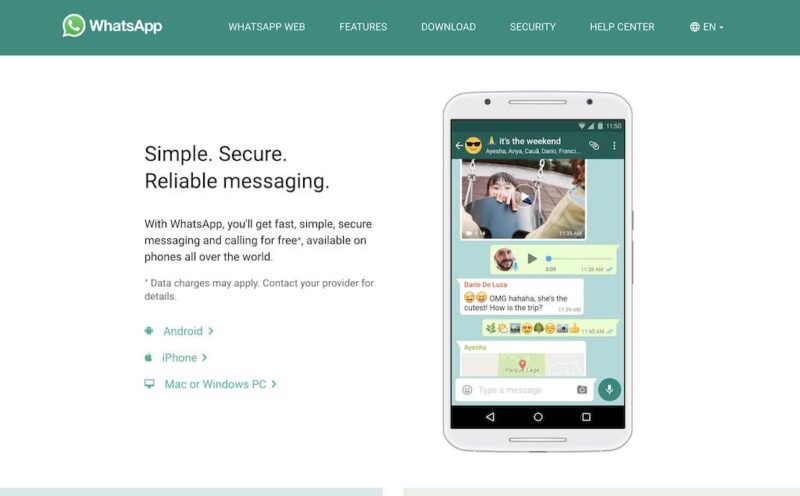 Like Facebook Messenger, most of us have Whatsapp installed on our phones as well. Whether you know it or not, it’s actually one of the best secure messaging apps out there.

Okay. Let’s offer more explanation. And that means spoiler alert. Signal is considered the best and most secure messaging app because it runs on Secret Conversation protocol. Whatsapp runs on the same algorithm. But the app took things a bit far by introducing disappearing messages and offered more control on group activity.

A bit of an eye-opener. Whatsapp remained unmonetized until 2014 when Facebook acquired it. Since then, its possible users’ behavioral activity is monitored although conversations remain closed off from snoopers.

We understand Facebook is a giant corporation and they are good at circumventing privacy laws. Just know other options like Signal (co-founded by one of Whatsapp’s founders) exist.

Nevertheless, unlike other apps, Whatsapp actually lets you individually verify that each of your chats is encrypted through a QR or 60-digit verification code. To do this, just open any chat, tap on “view contact” to open their profile, and scroll down to “encryption.” You should be able to find out if your chats are walled-off or not. 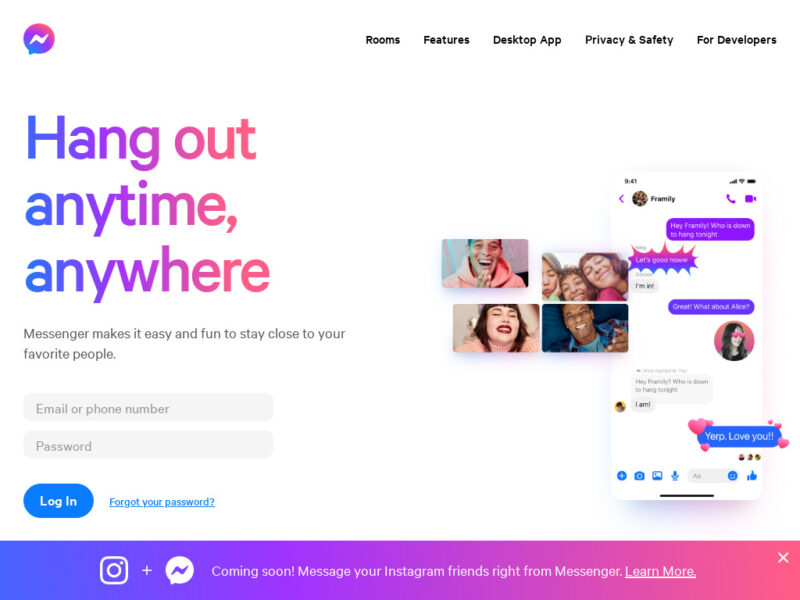 You possibly have never used some secure messaging apps in this article because they are not so common. And when a project isn’t user-supported, it’s likely to go sink any time. But thanks to Facebook’s billions of users, Messenger now enjoys widespread adoption.

Unlike the parent company, messenger offers E2E encryption that keeps out agents spying on your network connection. Their encryption protocol, Secret Conversations requires users to opt-in. This means you are exposed if you don’t.

All communication-including both voice and video calls are end-to-end encrypted. It’s also possible to set a timer on when a message should disappear completely. At the moment, they are testing E2E encryption for group calls, chats, and videos.

That said, you have to treat Messenger with caution. Facebook has experienced data breaches several times resulting in diminished faith amongst users. Plus, they will still track your user behavior for their own benefit. 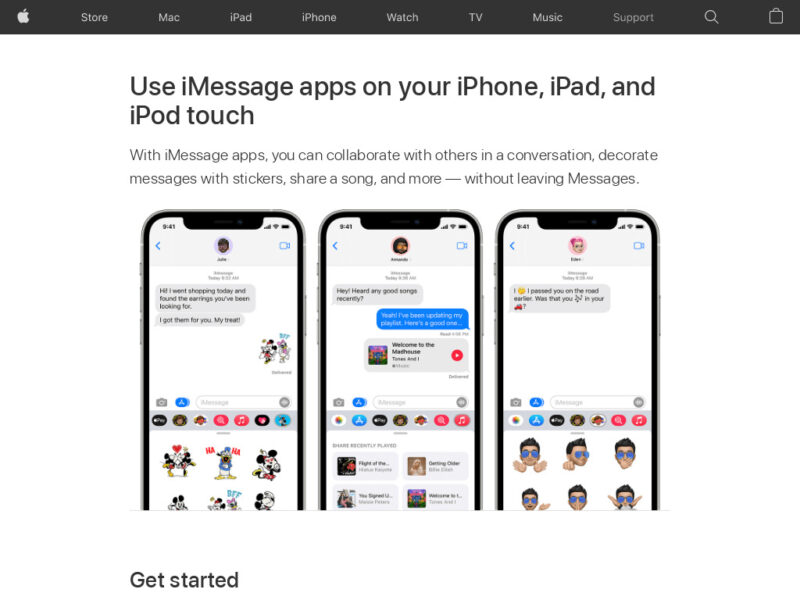 Besides offering end-2-end encryption, IMessage has pretty cool features that make it worth taking for a spin. Unlike Whatsapps disappearing message (where a message vanishes the moment the reader views it, this one lets you decide how long the message should last and the number of times the receiver can access it.

With this app, you can send text, images, documents, and videos. You’ll get a delivery notification for all the read messages. If you wish to keep a copy of your chat, you can back them up in the iCloud server which is encrypted by Apple. Yes, that last bit is scary as any cloud service can get hacked with a bit of patience and persistence. 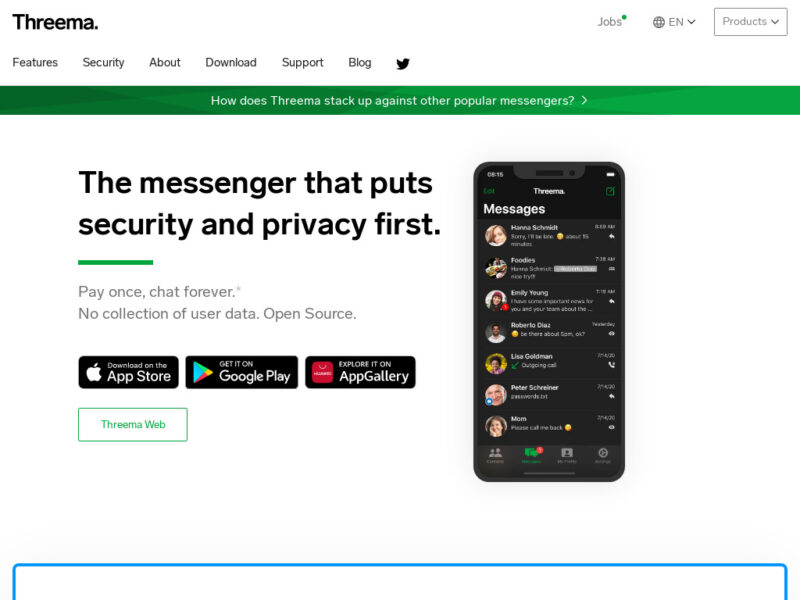 If you crave a better level of privacy and security, it might be worth it to look into Threema. The moment you fire it up, it generates a unique ID that lets you communicate anonymously. After that, it deletes your message the minute it hits your recipient’s inbox.

Besides leveraging the advanced NaCI cryptography, the app keeps no data online. Instead, it’s stored locally on users’ devices.

On top of that, Threema is an open-source software. Meaning you can actually verify the legitimacy of the app in keeping spies at bay. Since emails and phone numbers are prone to tracking, you don’t need them to use Threema-which is a huge pro. Nevertheless, you can use these ID details which makes it easier for others to search you out.

Planning to meet in person but you feel afraid to reveal your name? No worries. Take advantage of the scannable QR code that you can present to each other offline. 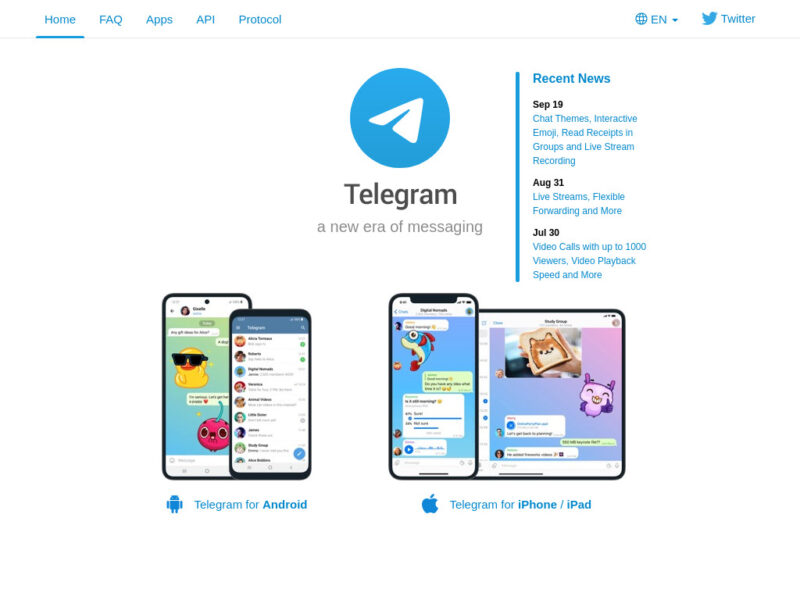 Heavily encrypted hush-hush conversations take place on Telegram. After Whatsapp, this app too is very popular worldwide and the audience keeps growing. This is partly because Facebook’s properties are not entirely trusted when it comes to complete privacy.

Telegram supports self-destruction of anything-from messages, images to videos. You are free to determine when that should happen. There are cases where you can delete the message but the other party refuses to do so. In this case, you can turn on secret chat and it will coerce the recipient’s app to delete the messages as well.

End-to-end encryption on Telegram doesn’t come by default. You must enable the “secret chat” feature. There is a small discomfort when it comes to Telegram’s security. The app uses its in-house MTProto encryption protocol.

While using their own security system is okay, we feel it could have been better if they went with the tried and tested protocols like that used by Signal and WhatsApp. In fact, there’s a general consensus that Telegram isn’t that secure. So proceed with caution. 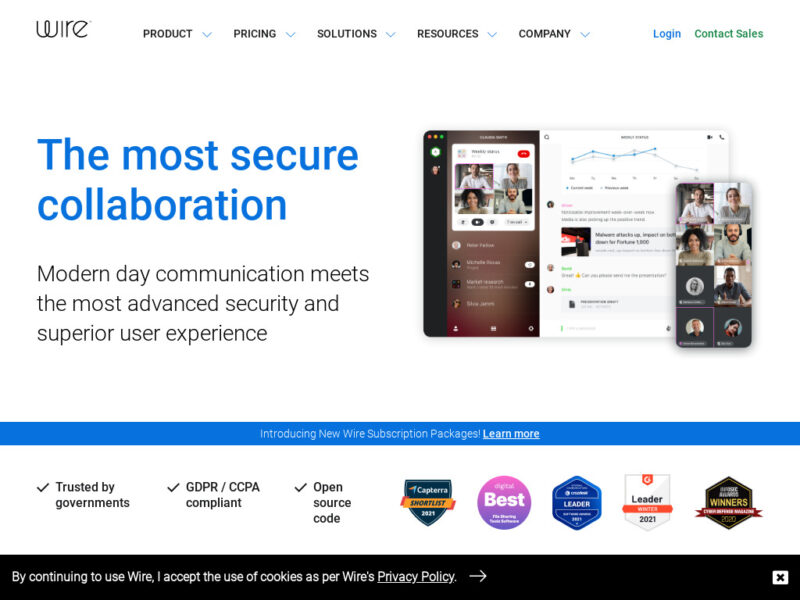 As we highlighted before, WhatsApp and Telegram are some of the most used secure communication apps. Unfortunately, there’s still a lot of doubt about the robustness of their encryption protocols.

Wire takes things a bit far by offering default end-to-end encryption. No need to activate anything. Here’s something cool; every message carries with it a new encryption key which means any compromise message will not be very helpful to spies.

By being open-source, Wire is publicly available for inspection and improvement in developer community forums like GitHub. 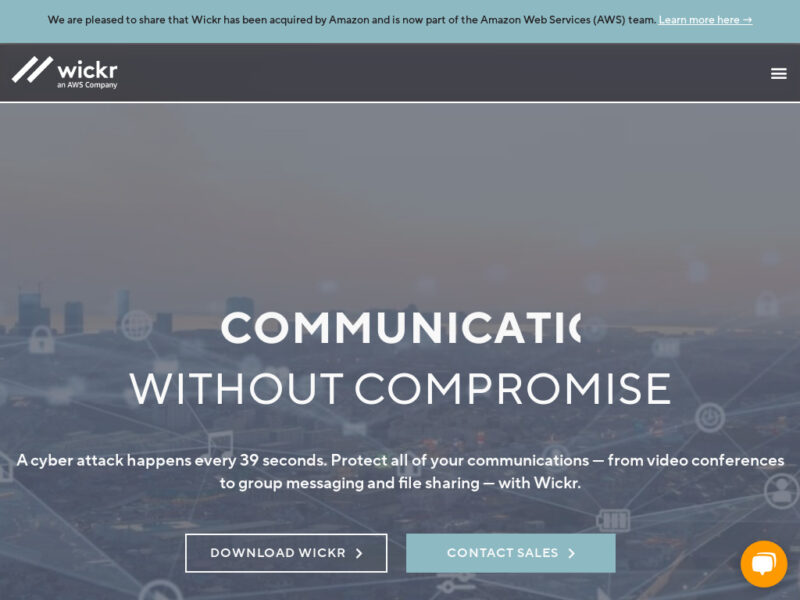 Going anonymous is one of the best ways to stay off the radar of spies and government agencies. That’s a feature Wickr offers. There’s no need for an email or phone number. On top of that, the app doesn’t track or store users’ data and metadata.

Everything from video, voice to text messages is fully encrypted. The app takes collaboration far by throwing in niceties such as sharing of locations, screens, and online statuses. Encryption is automatically fired on to ensure you never have to (or forget to).

Unfortunately, the app is not as widely adopted as Signal, Telegram, and WhatsApp. That might be inconvenient unless you ask your friends or teams to download the app as well. 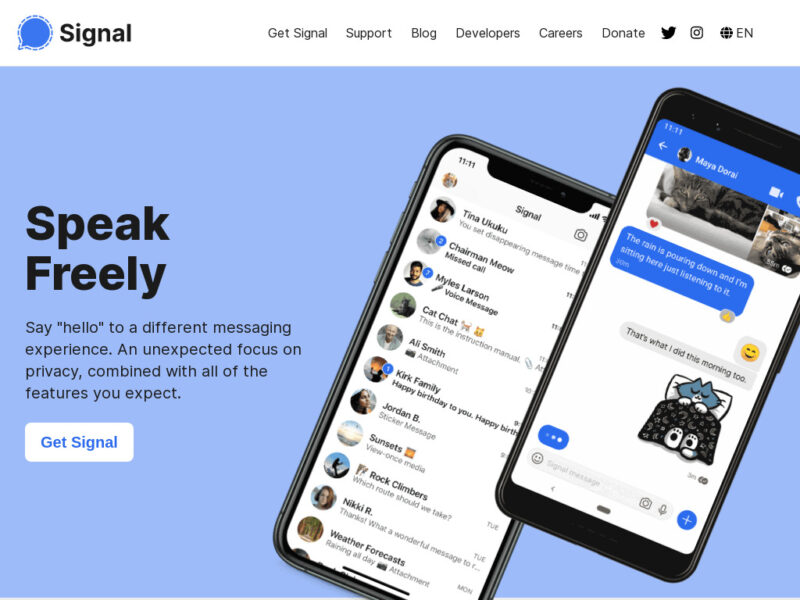 Signal is a product of an anarchist cryptographer and one of WhatsApp’s founders. It’s run by a non-profit organization making it one of the best encrypted messaging apps on earth.

Like other messaging apps in this article, this too allows you to make E2E encrypted calls, send texts, emojis, and other attachments. You can set a timer that allows messages to self-destruct.

Signal is an open-source software and thus frequently analyzed by the public for security vulnerabilities. Its privacy-enhancing feature is always turned on so no one risks sending non-encrypted texts. 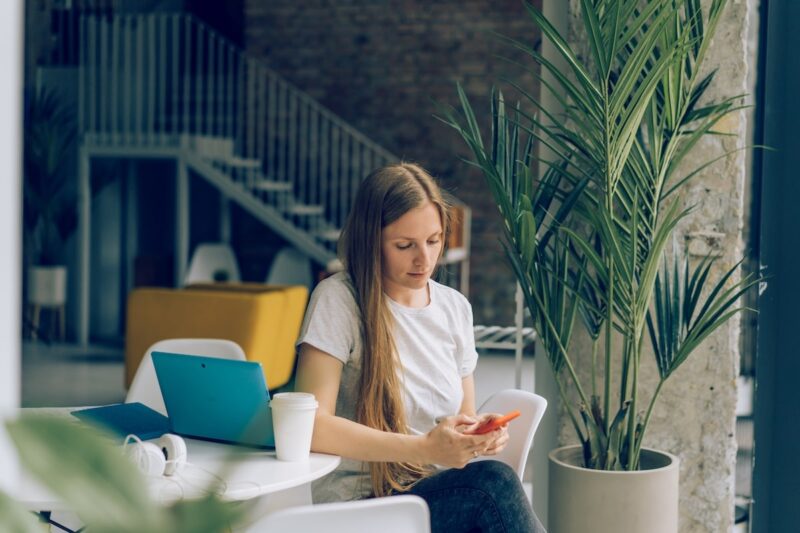 Here are the core features of the most secure messaging apps:

End-2-End encryption means there is no spy lurking in the network. The messages can only be seen by the sender and the recipient.

Able to sync with multiple devices/platforms

For business individuals and companies, the best app should sync with email systems, CRMs, and other platforms or devices.

You should be able to make voice and video calls, send texts, use emojis and send files to others.

While there is a danger of the recipient screenshotting messages, the self-deleting mode helps to minimize the risk of chats being found.

An open-source app lets the public scrutinize it for vulnerabilities. Additionally, anyone can contribute to its improvement resulting in robust security. 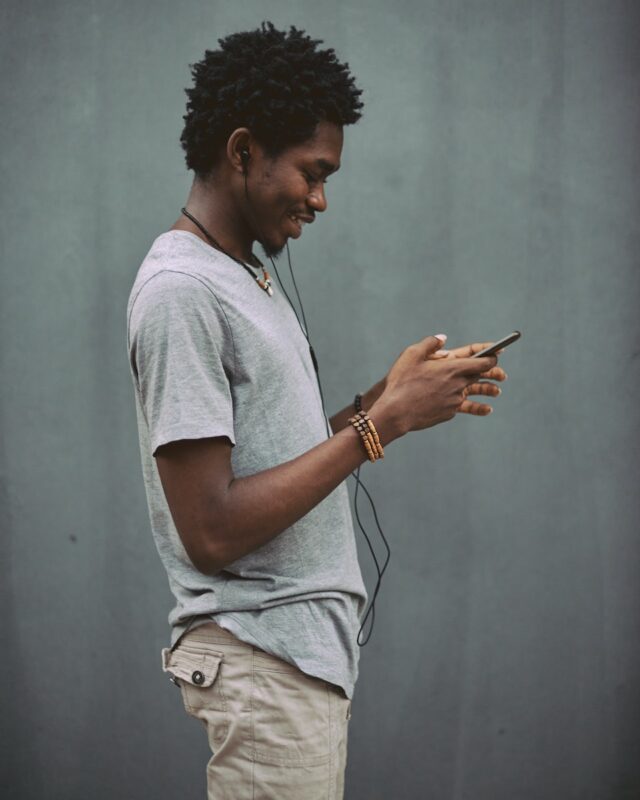 There’s a huge concern over privacy, especially where huge corporations like Facebook track users’ activity for their marketing campaigns. Some governments too monitor citizens to ensure their non-democratic regimes are not sabotaged by democracy advocates.

There are certainly many more reasons why you need to switch to the best secure messaging apps. Telegram, Facebook Messenger, and Whatsapp are definitely worth trying since virtually everyone else has them. However, they do have some worrying flaws.

If you don’t want to risk even a single thread of your chats, you might want to switch to Wickr, Wire, or the ultimate beast-Signal. That’s it for now, do have a good one. Ciao.