Celebrated every second Sunday in May in the United States, Mother’s Day is an annual holiday, honoring maternal figures and recognizing the contributions of women to our society.

Around 40 countries worldwide celebrate this occasion in a myriad of ways. Mother’s Day, much like the role of a mother in a child’s upbringing, is varied and diverse. Each country observes the holiday in their own way on a different date.

The History of Mother’s Day 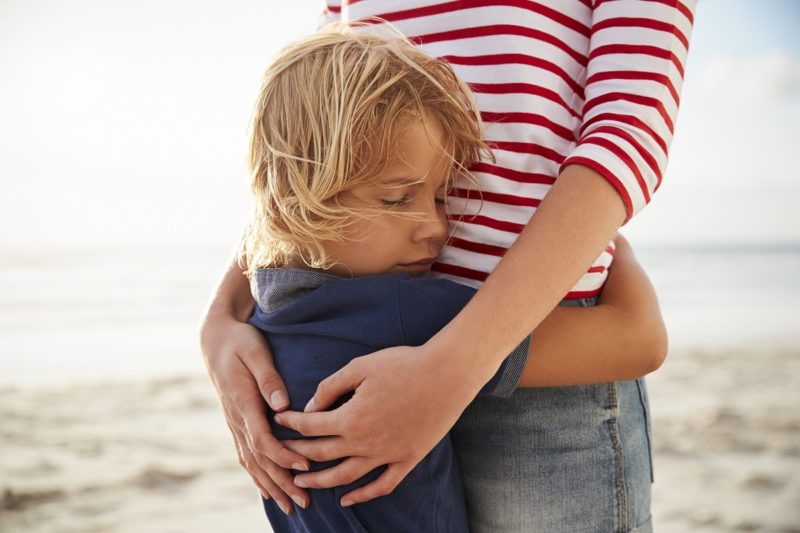 Some of the oldest Mother’s Day traditions can be traced back to ancient Egyptians, who honored Isis, a goddess revered as the Mother of Pharaohs. The Greeks and Romans had special celebrations for mothers as well. They held festivals in honor of goddesses Cybele and Rhea.

In the United States, Ann Reeves Jarvis inspired the tradition back in the early 20th century. Having lost children to various diseases, she founded the Mother’s Day Work Club to help other women learn how to take care of their children. She also wished someone would put up a memorial day solely for mothers for all their sacrifices.

Three years after Ann’s death, her daughter Anna Maria Jarvis went on to start a commemoration of her mother and all the mothers of their church who served valiantly in the Mother’s Day Work Club.

After receiving financial support from John Wanamaker, a department store owner in Philadelphia, Reeves put together the first Mother’s Day celebration at a Methodist Church. She urged people to wear a white carnation as a badge, visit their mother on this special day, or attend church services. 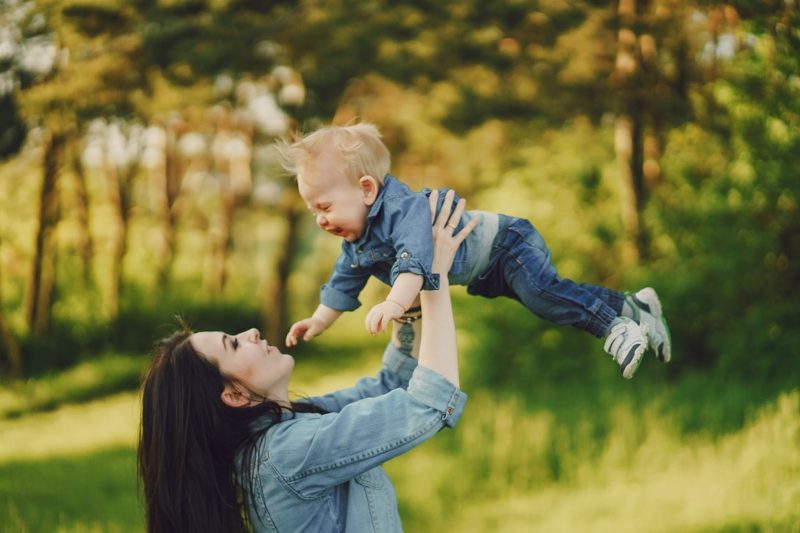 Wanamaker also held a special service at one of his stores on the same day, which drew a crowd of thousands.

Anna Jarvis was unmarried and childless her entire life. Yet, people fondly called her Mother Jarvis as she was a selfless, nurturing figure in her community throughout her lifetime.

She organized a massive campaign that would last six years, lobbying for the adoption of this special holiday to the national calendar. She sent letters to newspapers and prominent politicians. The custom quickly spread to several states across the country and beyond.

In 1912, West Virginia proclaimed Mother’s Day as an annual holiday, while Pennsylvania followed suit a year later. All her efforts paid off in 1914 as President Woodrow Wilson declared every second Sunday of May as Mother’s Day.

Eventually, the celebration became heavily commercialized that Jarvis resorted to campaign against the holiday she started, even lobbying to have it removed from the national calendar.

Mother’s Day Around the World 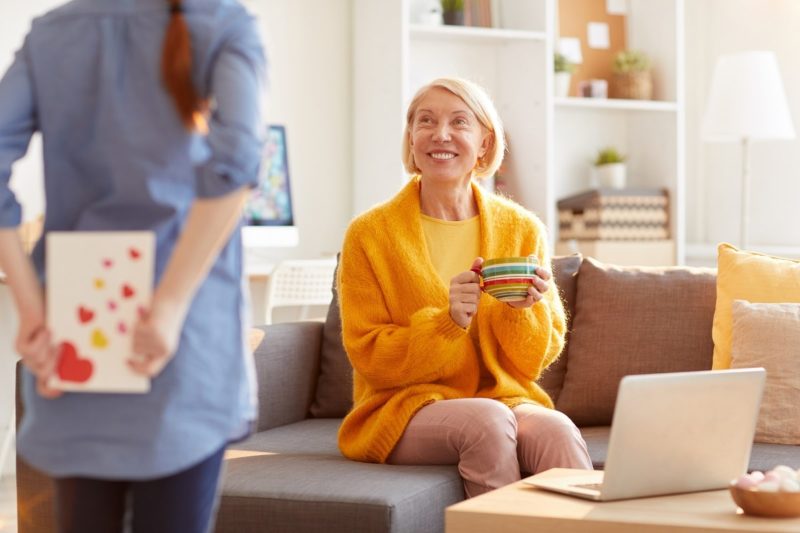 Other countries celebrate this special occasion on the second Sunday of May as well—including Canada, India, New Zealand, and France. However, countries have varying traditions and customs.

Thailand, for instance, observes the holiday in August, during the birthday of their queen Sirikit. Ethiopia honors their mothers during Antrosht, a multi-day celebration where families gather, sing songs, and feast on good food.

Mexico celebrates the annual holiday on the 10th of May. Mothers are often serenaded by mariachi bands and showered with flowers. Kids handmake gifts for their mothers and mother figures, while churches hold special services.

Traditions may have evolved over the years. However, some things remain unchanged. Like in America, Mother’s Day gifts in South Africa and Australia often consist of carnations, which is the official flower for this special occasion. 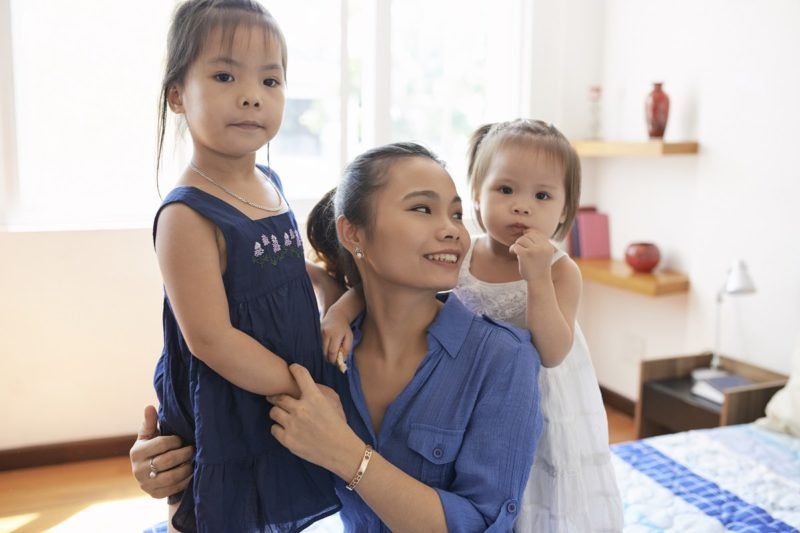 Mother’s Day has also been a historic day for political and feminist causes. Coretta Scott King, for example, hosted a march on Mother’s Day in 1968 to show support for underprivileged women and children in society. Two years later, other women’s organizations used the holiday to raise awareness of the importance of equal rights and childcare.

All around the world, moms have a special day where their efforts are honored and appreciated. Different countries might have their own way of recognizing and celebrating Mother’s Day; however, they all have the same purpose: honoring mothers and mother figures who’ve changed their lives.

Although consumerism has tainted its authenticity, the holiday will always serve as a reminder of the important role that mothers play in our lives.

Related  50 Of The Best Fred Rogers Quotes On Kindness, Love, and Play

Although we should all express our gratitude to our mothers every day, the special holiday gives us a great reason to show our love and appreciation to our mothers in a more pronounced and special way that they really deserve.

Here are 90 short and sweet quotes for Mother’s Day: 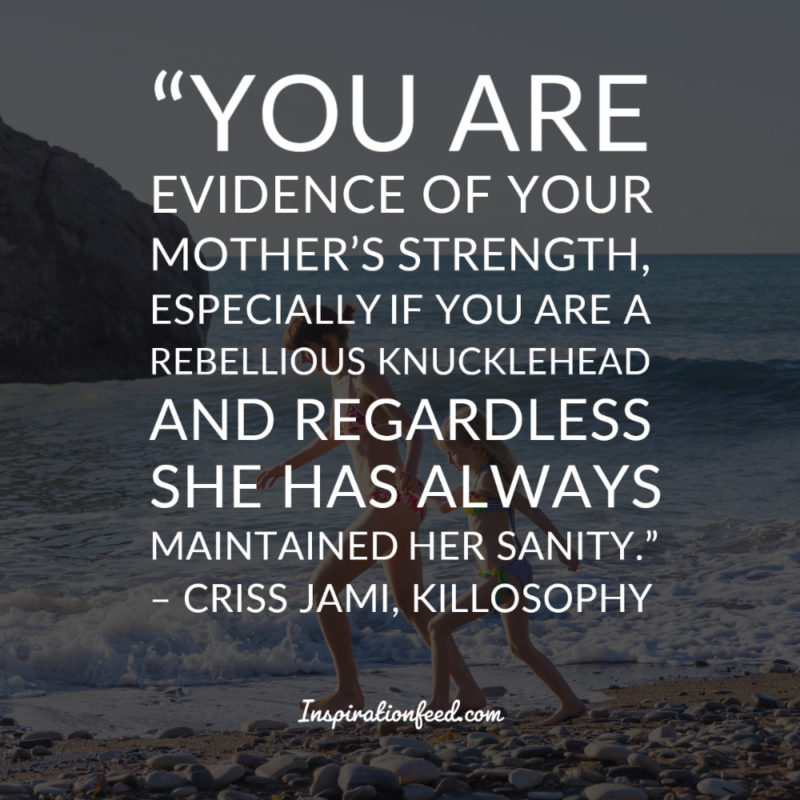 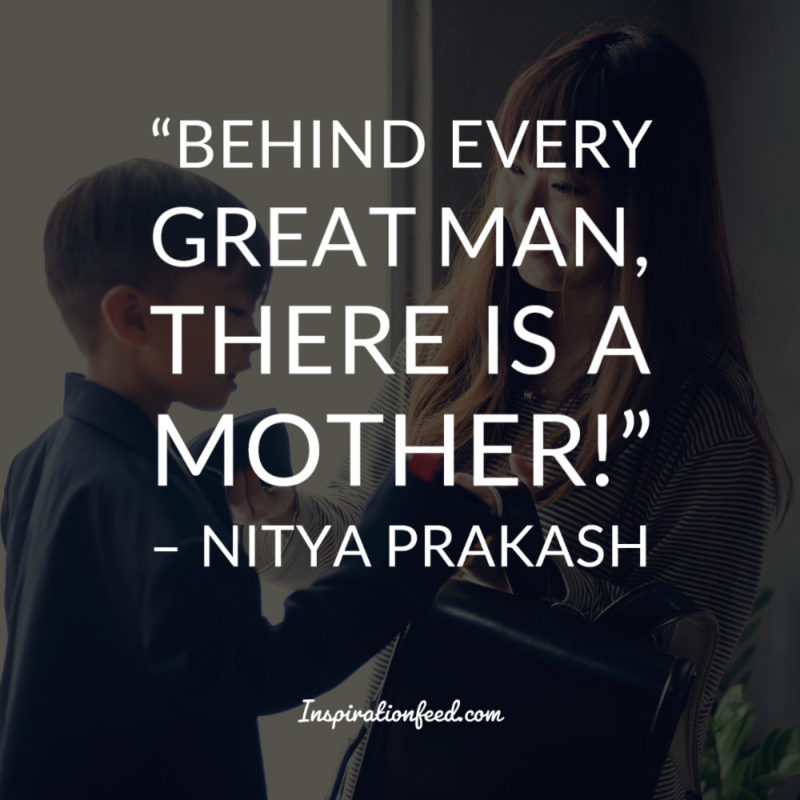 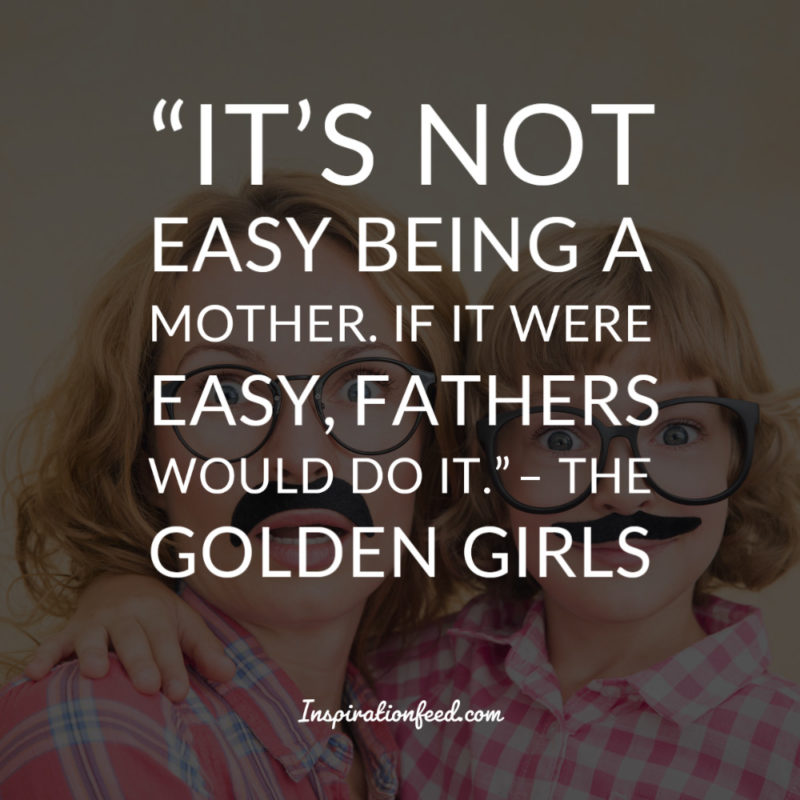 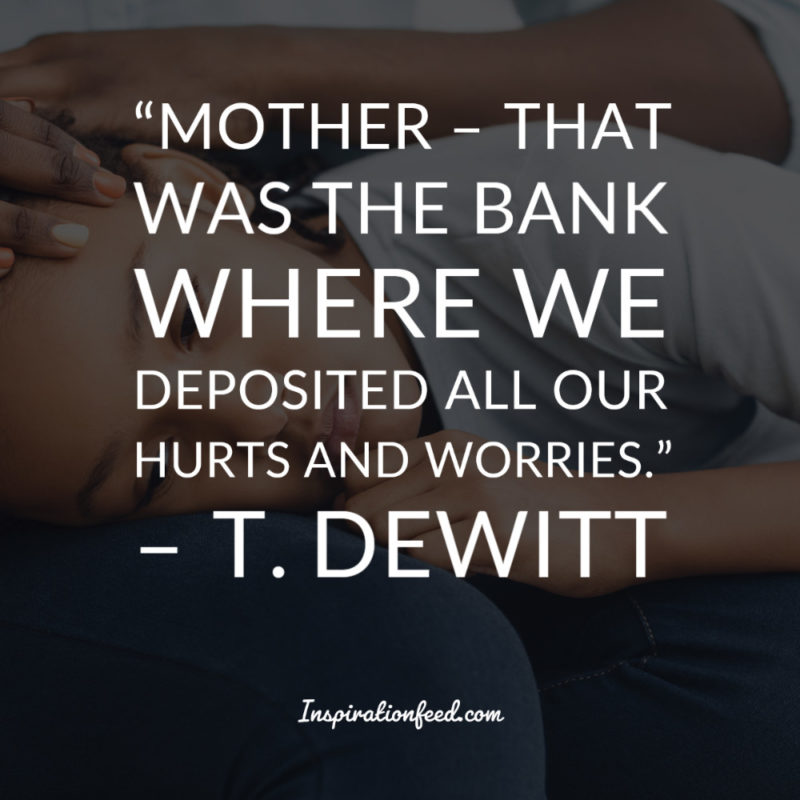 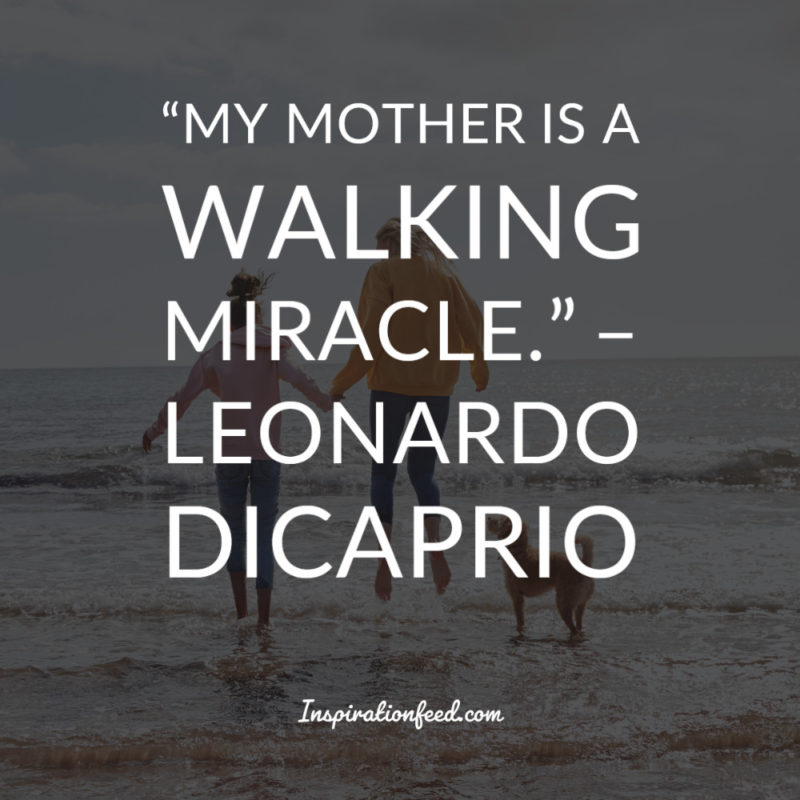 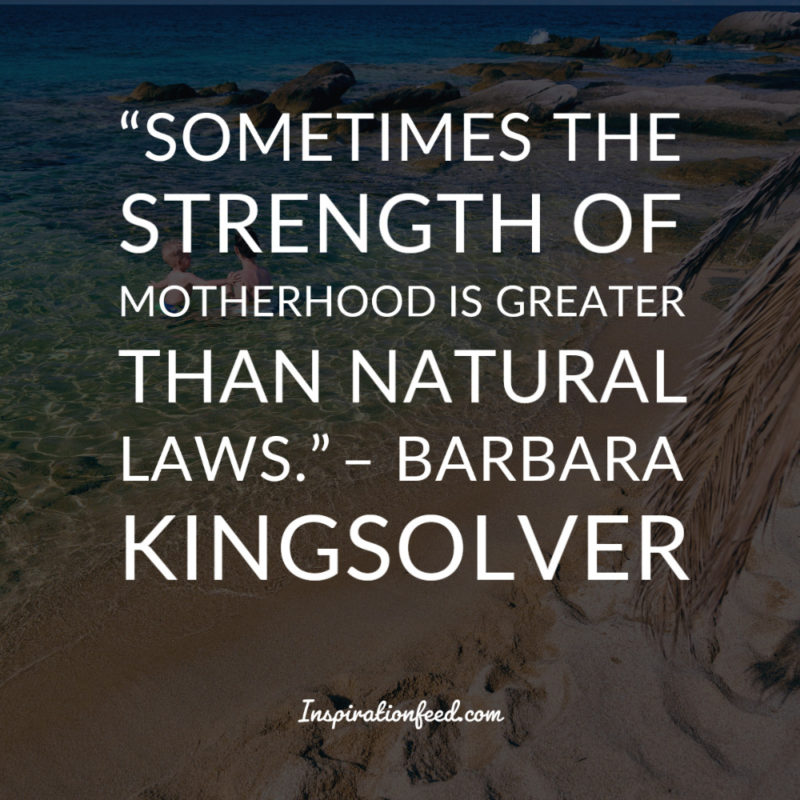 Related  90 Quotes to Motivate Your Team and Foster Teamwork 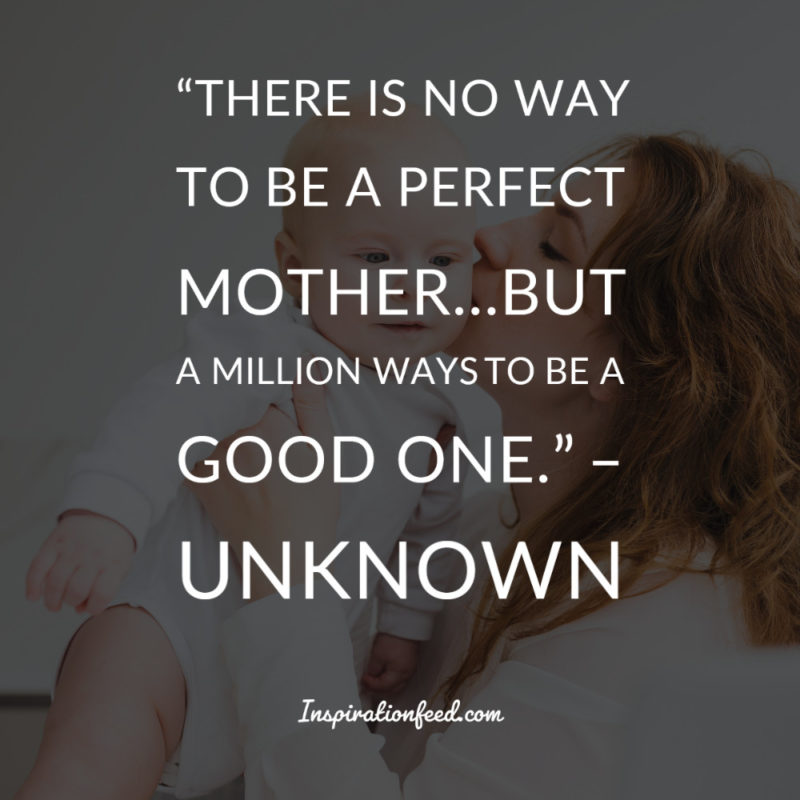 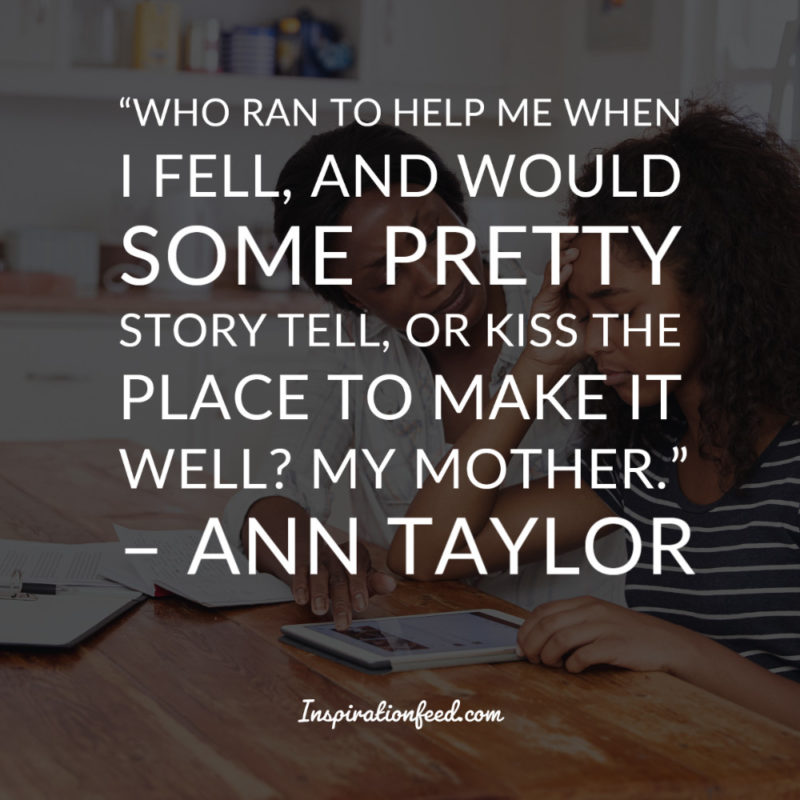 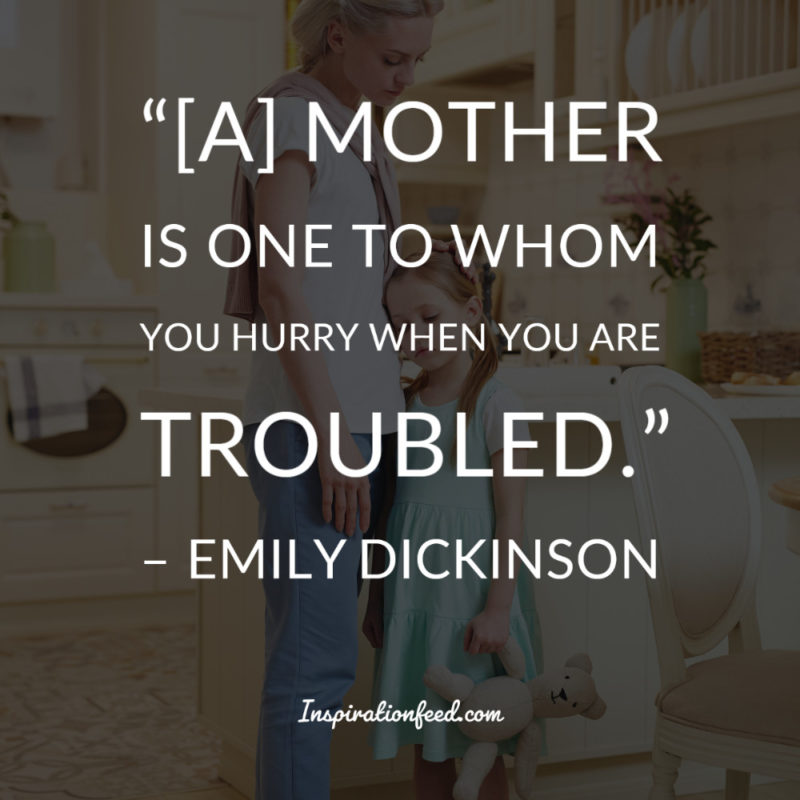 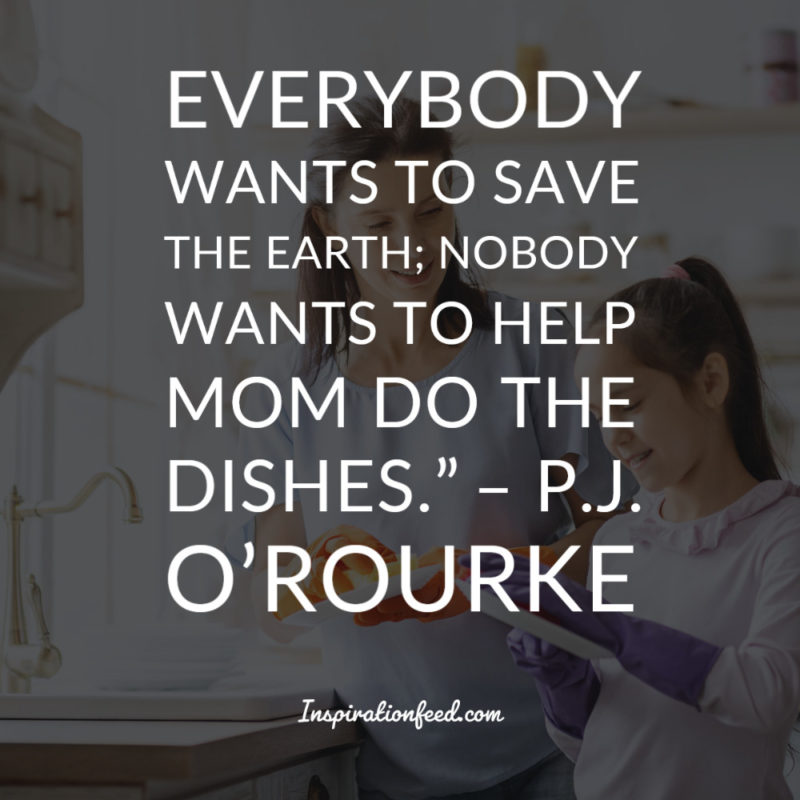 Related  30 Free Wallpaper Quotes to Motivate and Inspire You 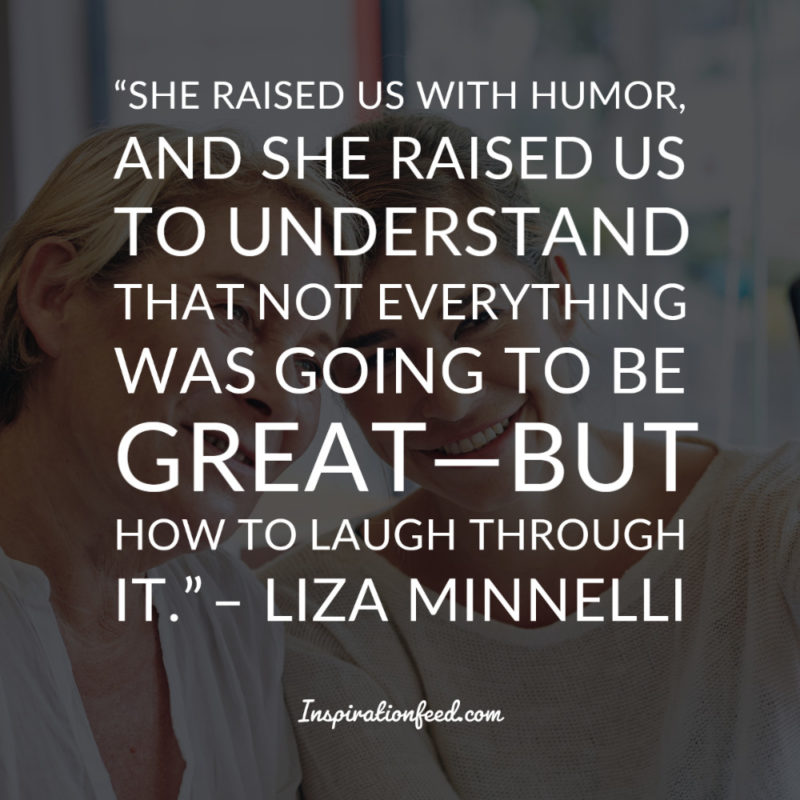 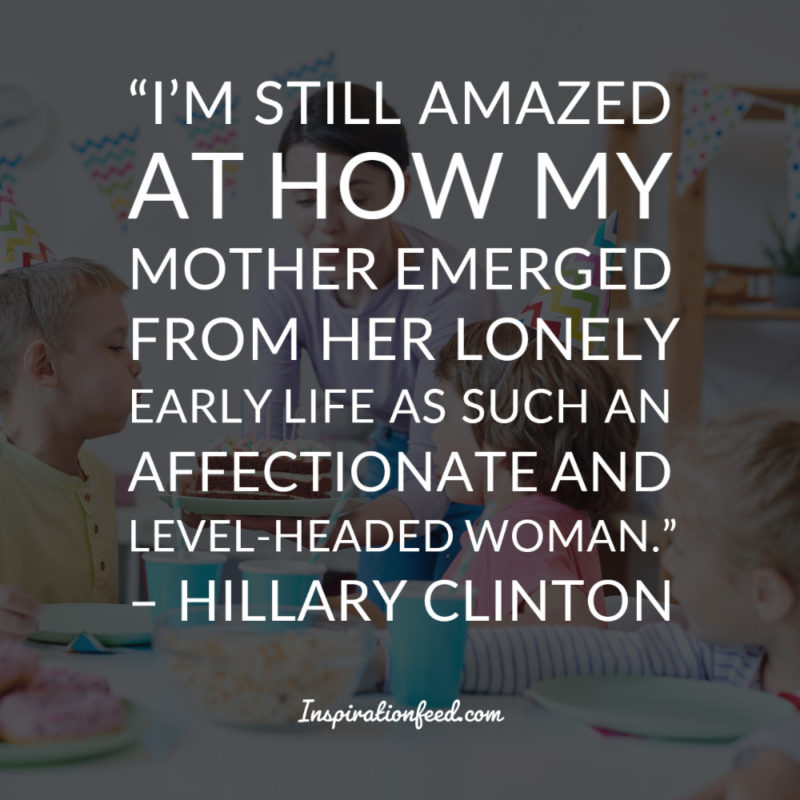 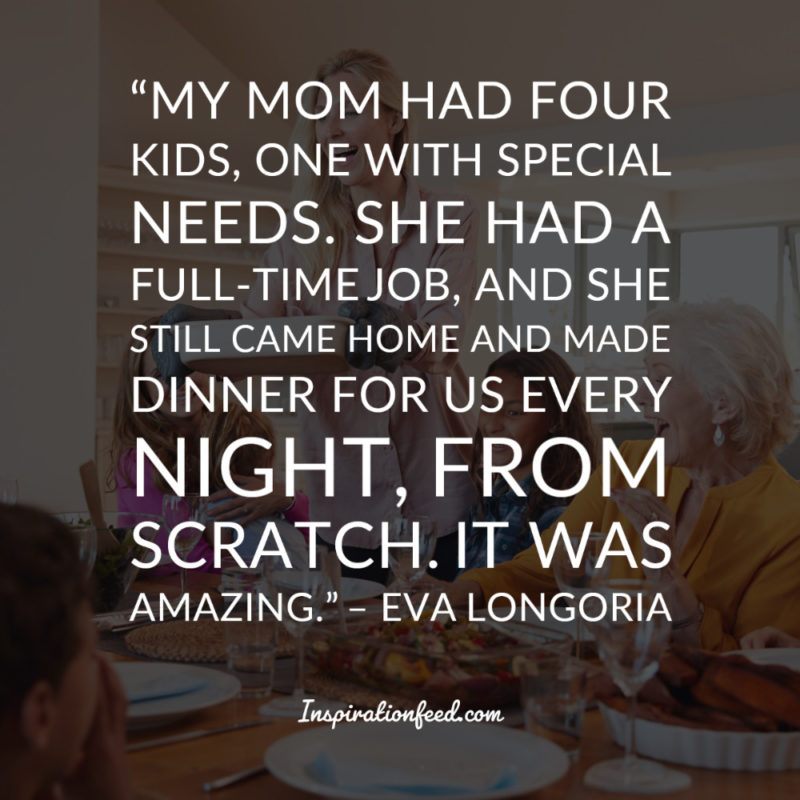 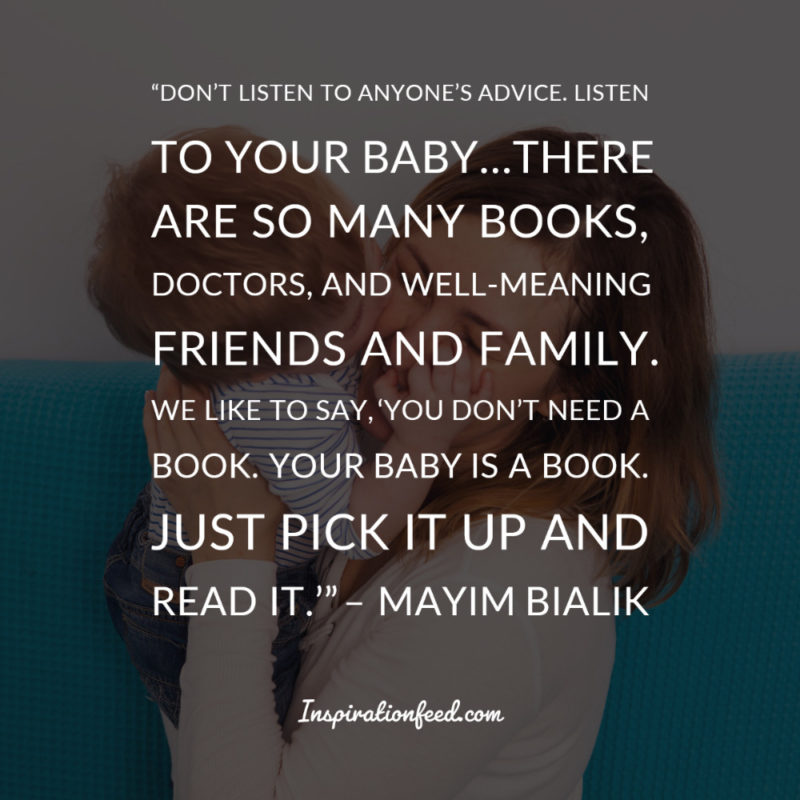 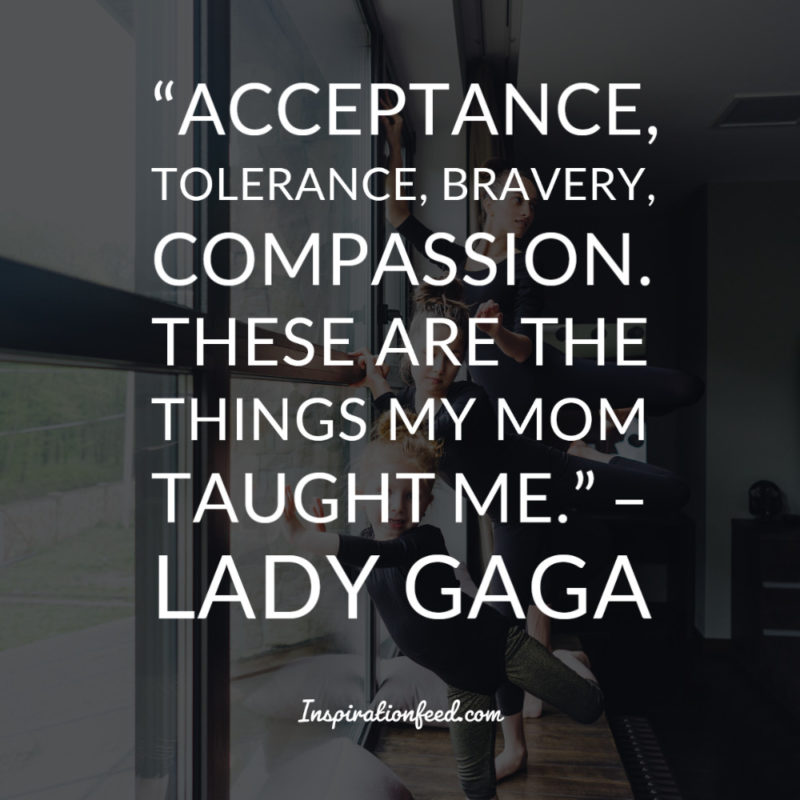 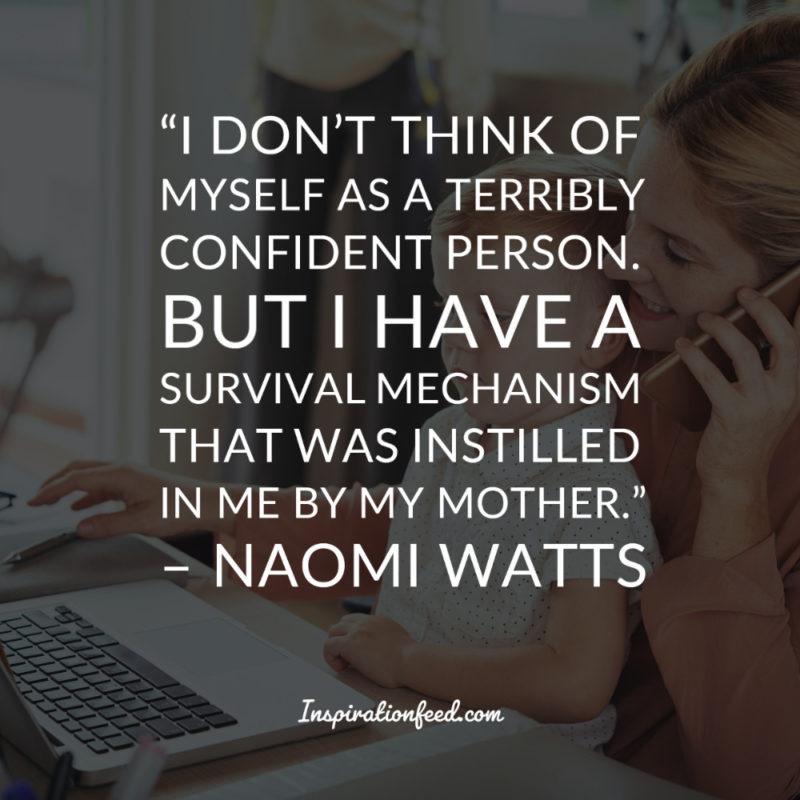