Who Is NBA Youngboy?

NBA Youngboy has been in the music industry since 2014. He gained widespread recognition between 2015 and 2017 after releasing ten independent mixtapes. 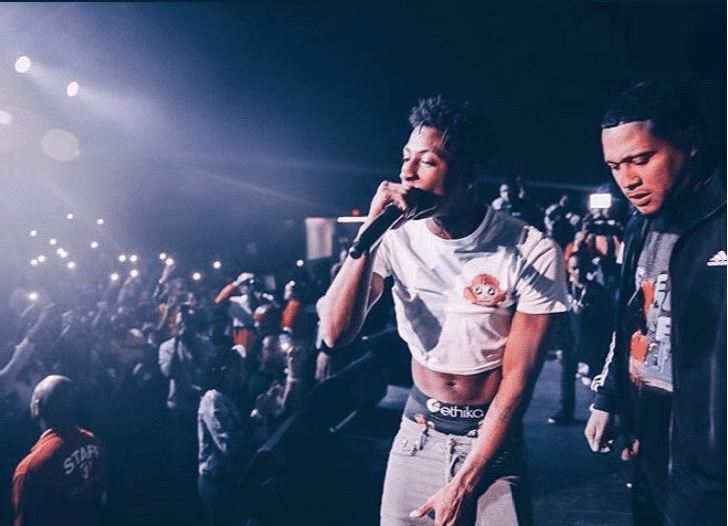 NBA Youngboy was born on October 20, 1999, in Baton Rouge, Louisiana. Youngboy’s childhood was not exactly ideal. He was mostly raised by his maternal grandmother after his father was sentenced to 55 years in prison. As a toddler, he suffered a neck injury that required a head brace during his recovery period. Although his spine eventually healed, the brace left him with permanent scars on his forehead.

Youngboy’s passions for rapping began to show at a tender age. He dropped out of school in his ninth grade to pursue a career in music. However, things did not work out for him immediately. He engaged in a series of robberies that led to his arrest and detention in Tallulah, Louisiana.

But determined not to give up on his musical dreams, NBA Youngboy began writing lyrics while still in the detention center. His grandmother tragically died of heart failure after he was released from detention, forcing him to move with his friend and fellow rapper, NBA 3Three.

NBA Youngboy kicked off his professional rapping career in late 2014. He went on to release ten mixtapes between 2015 and 2017. The mixtapes played an instrumental role in pushing him to the limelight.

In January 2018, NBA Youngboy released one of his most successful solo single so far, titled Outside Today. The song peaked at #31 spot on the Billboard Hot 100 chart. Leveraging the incredible success and popularity he garnered from Outside Today, the rapper went on to release his debut album titled Until Death Call My Name on April, the same year.

The following are NBA Youngboy’s most successful songs to date:

NBA Youngboy has amassed significant wealth over the approximately five years he has been in the industry. As of July 1, 2021, the rapper had a net worth of $6 million. He may not rank among the richest rappers in the world, but his net worth is proof that he surely might never be broke again.

And at only 20 years, the young musician is way richer than most rappers were at his age. Much of NBA Youngblood’s wealth comes from album sales and music streaming. In 2019, he was ranked as the most popular musician on YouTube, surpassing some of the finest artists in the industry like Drake, Taylor Swift, and Billie Eilish.

The following is a highlight of his net worth over the years:

NBA Youngboy doesn’t just earn big bucks, he is also known to be a big spender. In addition to donning expensive clothing and jewelry, the rapper has also kept exotic pets, which include a tiger.

There’s a long list of successful artists that dropped out of school to pursue their musical dreams. NBA Youngboy is one such artist.

A detention center is not exactly the place where anyone would think of writing lyrics. But when you are NBA Youngboy, every situation is an opportunity to excel yourself. Instead of wallowing in agony, the rapper made good use of his detention time to compose lyrics that inspired several of his earlier mixtapes.

NBA Youngboy has consistently released music over the few years he has been in the rap industry. He understands that as an artist, a single hit can propel you to the limelight. However, it takes consistency to stay there.

“I don’t really talk that much. I just watch and observe.”

“I don’t really trust nobody.”

“The only thing that scares me is dying.”

“Without loyalty, you won’t accomplish anything.”

“Your love is poison so no more I can’t take it.”

NBA Youngboy may only be 20 years old. But he has already achieved incredible success. If he maintains his form and consistency, it will only be a matter of time before he enters the world’s big league of rappers.