Whether you are a sports fan or not, you will have heard of the name Pele. Widely regarded as one of the greatest footballers to ever live, he still has millions of fans around the world who fondly remember his ability and some of the great goals he scored, and of course, his fantastic celebrations that inspired many. 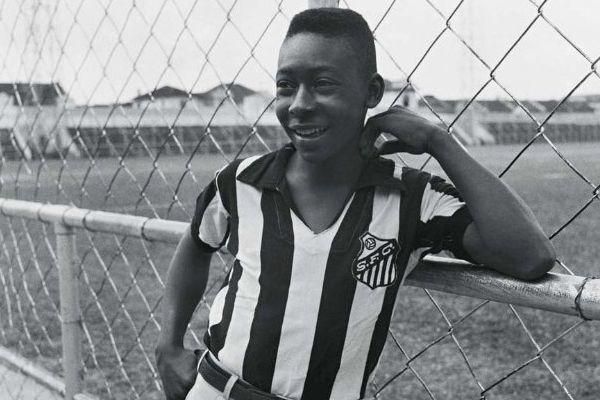 Pele was born in 1940 and given the name Edson Arantes. He was the oldest of two siblings and was born into a footballing family with his dad being a footballer Dondinho.

His family was not wealthy by any means, and during his early years, Pele worked as a servant in tea shops while also learning how to play football from his father.

He played for several youth football teams before joining up with an indoor football club, in Bauru.

This is what he accredits his skill to, saying that indoor football gave him the ability to think and play quicker, something that would be a trait that would turn him into a footballing icon later in life.

The Clubs Pele Played For 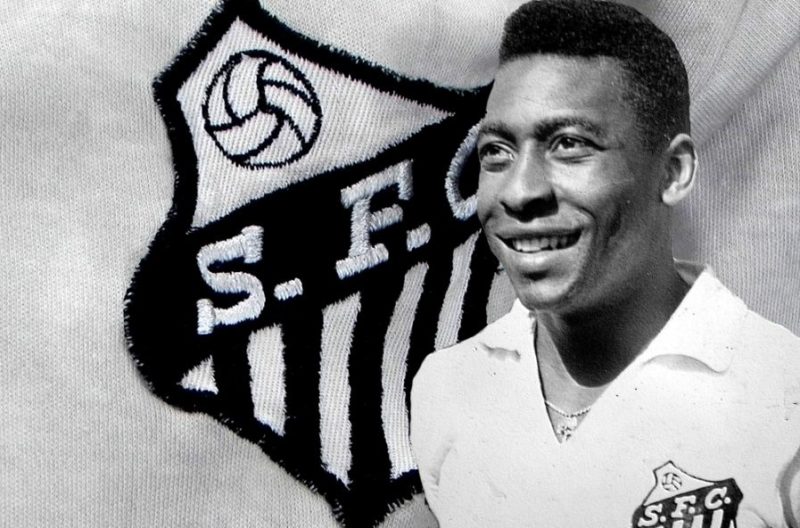 Pele only ever played for two clubs, his Brazilian team Santos and American team New York Cosmos, where he ended his career. He will forever be linked to Santos Football Club and made 638 appearances for them during his time with the club which lasted for a total of 18 years from 1956 to 1974. He moved to the New York Cosmos in 1975 and left to retire from the game in 1977 after making 56 appearances for the club. 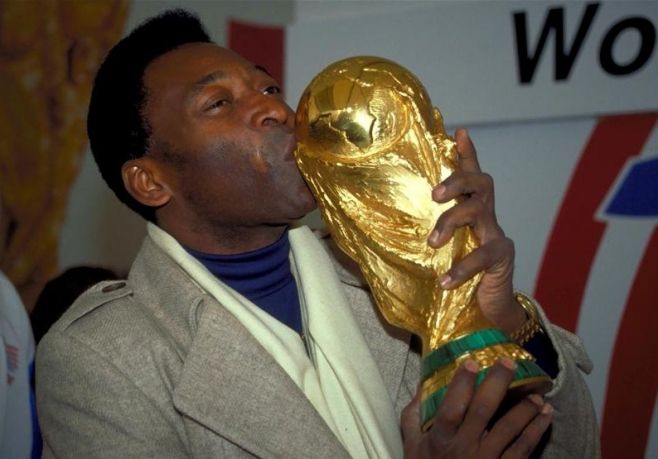 While Pele was known as being a great player, it was his goal scoring that put him in the limelight. He made a total of 92 appearances for Brazil, scoring a total of 77 goals for his nation. It was at the World Cup when able to shine on the biggest stage of them all where Pele made his name.

Brazil won another World Cup title in 1962 and while Pele was regarded as the best player in the world at this stage, he did not play as big a part as expected due to injury. He scored and set up a goal in the opener but injury soon after ruled him out of the tournament.

When turning up at the 1966 World Cup, Pele was still regarded as the best in the world, although this will be a tournament that he will want to forget. Brazil was knocked out in the first round after playing just three games and the tournament was known and remembered for the brutal treatment that some star players, including Pele, received from defenders.

The 1970 World Cup would be his last, and he originally refused this although he went on to play in six qualifying matches before playing in the tournament. This was another win for them, and another personal milestone for Pele who was awarded the Golden Boot as the tournament’s top goal scorer.

Brazilian fans will always look back fondly at the time they had Pele driving their team forward, and even players now will feel the pressure of living up to his name. The expectation is always high when Brazil enter a big tournament, and the 2022 World Cup will be their next chance to win on the big stage.

There are a number of new bookmakers that have extensive football betting services, and this includes the ability to back on competitions in the future if you are looking to back a national team for glory.

“Success is no accident. It is hard work, perseverance, learning, studying, sacrifice and most of all, love of what you are doing or learning to do.” – Pele

Related  100 Albert Camus Quotes On Life, Writing, and the World

“I always had a philosophy which I got from my father. He used to say, ‘Listen. God gave to you the gift to play football. This is your gift from God. If you take care of your health, if you are in good shape all the time, with your gift from God no one will stop you, but you must be prepared.” – Pele

“A lot of people, when a guy scores a lot of goals, think, ‘He’s a great player’, because a goal is very important, but a great player is a player who can do everything on the field. He can do assists, encourage his colleagues, give them confidence to go forward. It is someone who, when a team does not do well, becomes one of the leaders.” – Pele

“The World Cup is a very complicated tournament – six games, seven if you make it to the final – and maybe if you lose one game you’re out, even if you’re the best.” – Pele

“If I pass away one day, I am happy because I tried to do my best. My sport allowed me to do so much because it’s the biggest sport in the world.” – Pele

“I am constantly being asked about individuals. The only way to win is as a team. Football is not about one or two or three star players.” – Pele

“The first World Cup I remember was in the 1950 when I was 9 or 10 years old. My father was a soccer player, and there was a big party, and when Brazil lost to Uruguay, I saw my father crying.” – Pele

“Wherever you go, there are three icons that everyone knows: Jesus Christ, Pele and Coca-Cola.” – Pele

“The World Cup is a very important way to measure the good players, and the great ones. It is a test of a great player.” – Pele

“You must respect people and work hard to be in shape. And I used to train very hard. When the others players went to the beach after training, I was there kicking the ball.” – Pele

“Enthusiasm is everything. It must be taut and vibrating like a guitar string.” – Pele

“If you don’t give education to people, it is easy to manipulate them.” – Pele

“I always think that I would have become an actor if I hadn’t been a soccer player.” – Pele

“I’ve come to accept that the life of a frontrunner is a hard one, that he will suffer more injuries than most men and that many of these injuries will not be accidental.” – Pele

“When you are young, you do a lot of stupid things.” – Pele

“Sport is something that is very inspirational for young people.” – Pele

“A penalty is a cowardly way to score.” – Pele

“Edson is the person that supports Pele. Edson is the base. Pele just comes and adds the face.” – Pele

“I represent Brazil all over the world. Wherever I go I have to do my best, to not disappoint the Brazilian people. And that I’ve done.” – Pele

“When I was a footballer, I surrounded myself with footballers. We were all friends. But in Brasilia you don’t know who your friends are. It can be a dangerous place.” – Pele

“I sometimes lie awake at night and wonder why I am still so popular and, to be honest, I don’t know.” – Pele

“Pele doesn’t die. Pele will never die. Pele is going to go on for ever.” – Pele

“When I retired, at that time I had a lot of proposals to play in Europe, England, Italy, Spain, Mexico. But I said no, after 18 years I want to rest, because I want to retire.” – Pele