Who Is Pete Buttigieg?

Peter Paul Montgomery Buttigieg, more famously known as Pete Buttigieg, is an American politician who is the current United States Secretary of Transportation, a position he has held since February 3, 2021.

Prior to becoming the Secretary of Transportation, Pete Buttigieg served as the 32nd mayor of South Bend, Indiana, from 2012 to 2020. Earlier on in his political career, Buttigieg worked on the political campaigns for numerous Democratic contenders, including Joe Donnelly, Jill Long Thompson, and John Kerry. More recently, he’s known for being one of the presidential candidates in the 2020 Democratic Party primaries. However, he shelved his presidential ambitions on March 1, 2020, and later endorsed Democratic hopeful Joe Biden.

Pete Buttigieg was born on January 19, 1982, in South Bend, Indiana, to Joseph A. Buttigieg and Jennifer Anne Montgomery.

After graduating from Harvard, Buttigieg won a scholarship to study at the University of Oxford. He graduated from Oxford in 2007 with a B.A in philosophy, politics, and economics. 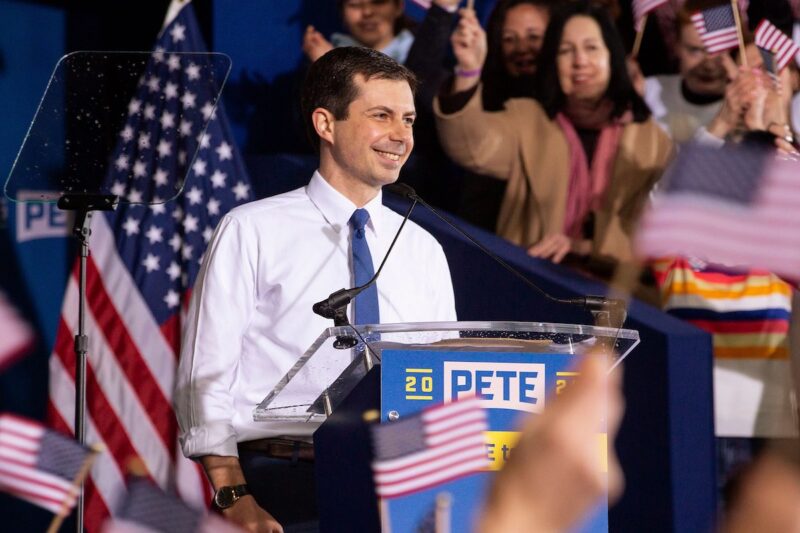 While still in college, Pete Buttigieg worked as an investigative intern at the Chicago-based NBC News affiliate, WMAQ-TV. He also worked as a political intern for Democrat Jill Long Thompson in 2002.

In 2007, Buttigieg joined McKinsey & Company as their Chicago-based consultant. He worked in the company for the next three years, offering insights on various areas such as energy, retail, and logistics.

In September 2009, Pete Buttigieg joined the United States Navy Reserve as an intelligence officer. He resigned from the Navy Reserve in 2017.

In 2010, Buttigieg vied unsuccessfully for the position of State Treasurer of Indiana under the Democratic Party. However, he won to Republican incumbent Richard Mourdock.

On January 23, 2019, Pete Buttigieg announced that he would run for President of the United States in the 2020 elections. However, he dropped out of the race on March 1, 2020, and endorsed Joe Biden’s candidature the following day.

Buttigieg was nominated as Secretary of Transportation on December 15, 2020, and was confirmed on February 2, 2021. 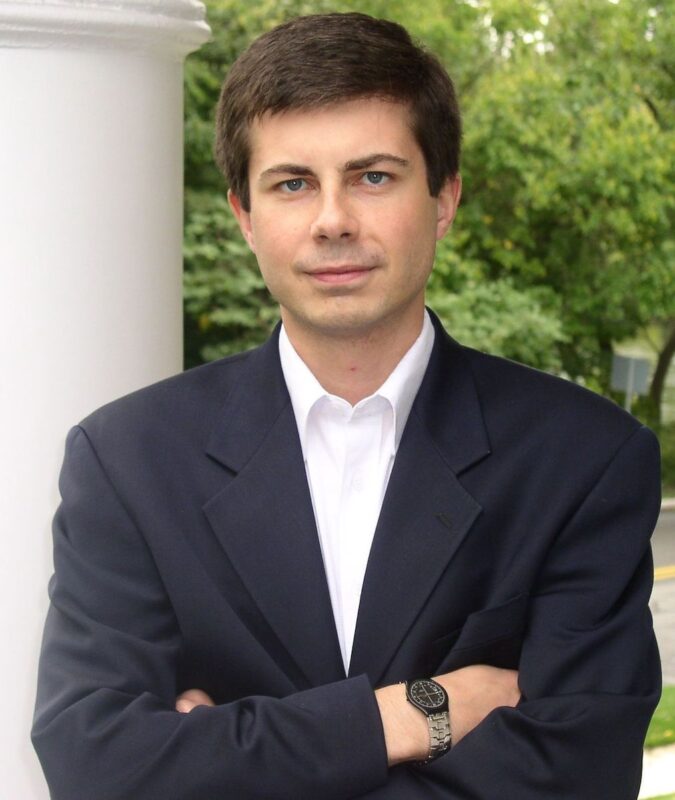 Pete Buttigieg has a modest net worth of $250,000 as of 2023. Buttigieg was considered one of the poorest 2020 Democratic Party presidential hopefuls.

The following is the net worth of other notable 2020 presidential contenders under the Democratic ticket:

Buttigieg has earned the vast majority of his wealth from politics. He earned a salary of $149,000 as Mayor of South Bend.

In addition to politics, Pete Buttigieg has also drawn some major paychecks from book sales. A financial disclosure released in May 2019 indicated that Buttigieg received some $75,000 as an advance for his book titled Shortest Way Home. The same disclosure revealed that Buttigieg and his husband Glezman owned $50,000 worth of stocks in Apple, as well as $15,000 in Google stock.

Pete Buttigieg’s first stab at a political office ended in an epic failure. He garnered a paltry 37.5% of the votes and subsequently failed to become State Treasurer of Indiana. Despite the loss, Buttigieg was undaunted. Just two years later, he mounted a successful campaign to become the 32nd mayor of South Bend, Indiana.

2. Remain true to your ideals

Buttigieg is one of the oldest members of the Democratic Party, regardless of his relatively young age. He has defended his party’s ideals even when the outcome wasn’t exactly favorable to him.

Although he put up a strong campaign for the 2020 Democratic presidential nominee, Pete Buttigieg’s chances of clinching the ticket were rather slim. That might explain why he chose to abandon the race and throw his full weight behind Joe Biden, a move that ultimately paid off. 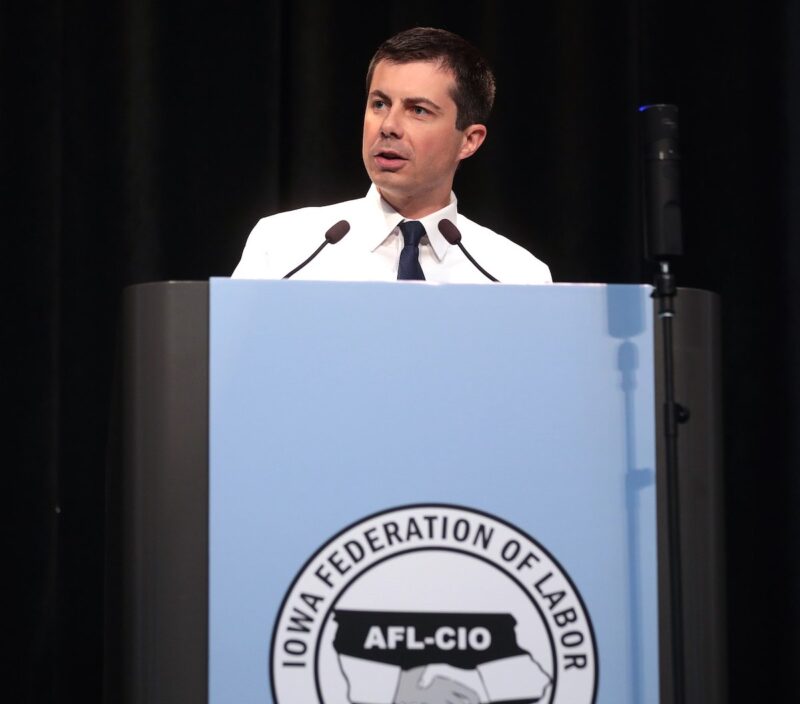 “I am not skilled enough or energetic enough to craft a persona. I just have to be who I am and hope people like it.”

“In local government, it’s very clear to your customers – your citizens – whether or not you’re delivering. Either that pothole gets filled in, or it doesn’t. The results are very much on display, and that creates a very healthy pressure to innovate.”

“Safety and security are the most basic job of government. I understand that – both as a mayor who works every day to secure public safety and reduce crime, and also as someone who deployed in uniform to Afghanistan because I believed joining the military was part of my duty to help keep my country safe.”

“The death penalty has been one of many examples where racial discrimination has played out. You can see it in the simple fact that someone convicted of the same crime is more likely to face the death penalty if they are black.”

Pete Buttigieg is an American politician who is the current United States Secretary of Transportation. Buttigieg is considered the first openly gay person ever to serve in the United States cabinet. His current net worth is a modest $250,000.