Who Is Philip Lindsay?

Phillip Lindsay is an American football running back who currently plays for the National Football League (NFL’s) club the Denver Broncos.

Lindsay was signed by the Denver Broncos in 2018 as an undrafted free agent. He is credited for being the first undrafted offensive rookie in history ever to make it to the Pro Bowl. 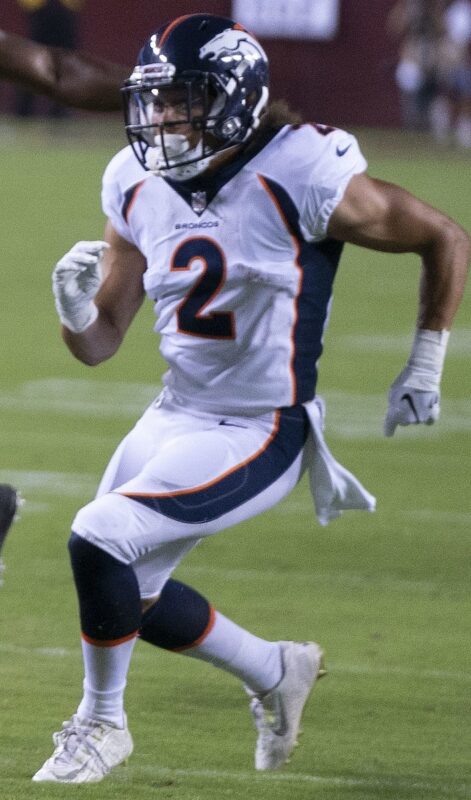 Philip Lindsay was born on July 24, 1994, in Denver, Colorado, to Troy Lindsay and Diane Lindsay. He attended South High School in Denver, where he began playing American football seriously.

While in high school, Lindsay wore the jersey number 22, which was the same football jersey number worn by his father who is also a former American football player. As part of his high school football career, Lindsay is best remembered for setting the record as South High School’s all-time leading rusher, with a total of 4,587 yards.

Philip Lindsay featured in all of the Buffaloes’ games throughout the 2014 and 2015 seasons. He continued honing his talents throughout the next two seasons playing for the team.

In 2017, during his senior season with the Colorado Buffaloes football team, Philip Lindsay finished with the most rushing attempts in Division I play (301).

On May 1, 2018, Lindsay signed with NFL’s the Denver Broncos as an undrafted free agent, and he didn’t wait to impress. During his first week playing with the Broncos against the Seattle Seahawks, Philip rushed for 71 yards on 15 carries, in addition to recording two receptions for 31 yards as well as a receiving touchdown.

In the second week, Lindsay inspired the Broncos to beat the Oakland Raiders and put up an overall excellent performance in the game. Not only did he run for 107 yards and record one reception for 4 yards. Lindsay also set the record for being the first undrafted player in the history of NFL to earn over 100 scrimmage yards in each of their first two matches. Later in the year, he also became the first undrafted offensive rookie in the history of the NFL franchise to be voted to a Pro Bowl.

Philip Lindsay continued inspiring the Denver Broncos to several notable wins over the next two years. However, he was placed on injured reserve on December 26, 2020, after battling recurring injuries.

Philip Lindsay has a relatively short NFL experience. However, he has already earned millions playing football for his first and current NFL team, the Denver Broncos.

As of March 1, 2021, Lindsay had a net worth of $1.9 million. His earnings for the three years he has played with the Broncos are as follows: Philip Lindsay’s humility is indisputable. He’s one of the few players who’ll hardly ever put up a fuss even if they learned they were put on the reserve list.

2. Seize every opportunity and make the most out of it

It’s difficult to imagine that Philip was actually an afterthought during the 2018 NFL Draft. It’s clear that the Broncos could have easily picked someone else. But when Lindsay luckily got the opportunity to play for the club, he didn’t wait to impress.

3. Make your presence (or absence) felt

Philip Lindsay is undeniably one of the Broncos’ most talented players in recent history. In the first week of the 2020 season, Lindsay exited a game with the Tennessee Titans after suffering a toe injury. His absence was immediately felt. Although he had already rushed for 24 yards by the time he exited the game, the Broncos eventually lost the match 16 – 14.

“God is going to humble you — regardless of whether it’s in football or life in general, you are going to be humbled at some point. But once we realize that we can’t do everything on our own, we start to realize that we need God in our lives.”

“I was able to save some money for me to be able to get a place and also help myself out after getting a place. Just think it was the right choice to do right now. I definitely am going to move out and be an adult now.”

“That’s when God taught me one of His most important lessons — that it’s not about me. (While commenting on a pre-NFL injury scare).”

“We got a little taste of it today. We’re young, all the rookies, we don’t know what we’re getting ourselves into. We’re just out there playing ball, having fun. Playing ball, listening to our coaches.”