Yugoslavia isn’t just famous for its tumultuous past that is filled with wars and political mobocracy. If you’re a fan of odd-looking art, you’ve probably heard of Yugoslavian monuments. These works of art are incredibly off-the-wall when it comes to design that a great deal of people describe them as futuristic monuments. I personally picture them as monuments you can find in Vulcan, of course that is if Spock’s home planet is real. Alas, I digress.

The peculiar-looking Yugoslavian monuments were commissioned by the country’s former president Josip Broz Tito. The thing that makes the monuments more astounding is the fact that they were built in the ’60s and ’70s, which made them even more futuristic in design, if that’s even possible. The monuments were built to commemorate the places where the battles of World War II took place. They were designed by various artists, but with one underlying meaning. And that was to visually represent the strength of the Socialist Republic.

Today, the Yugoslavia monuments are once again gaining popularity. This growing new interest with these works of art is due to the artistry of Belgian lens-man Jan Kempenaers. The well-known photographer explored the former Yugoslavia region to document the remnants of the famous monuments through images. He decided to do the exploration after seeing pictures of the monuments in an art encyclopedia. And they’ve captivated his interest and passion.

From 2006 to 2009, Kempenaers, with his trusty 1975 map of memorials, photographed the remaining Yugoslavian monuments. The abstract style of the masterpieces and the history behind them photographed exquisitely often create a sense of nostalgia. Kempenaers’ collection of Yugoslavian monuments are compiled in his book, aptly-named Spomenik, the South Slavic word for monument.

Even with the seemingly undefinable designs of these pillars, people are still in awe of them because of their historical representation and symbolic importance. 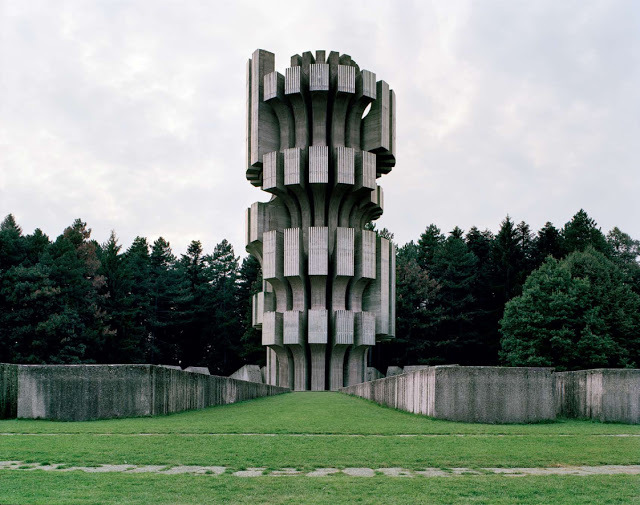