There’s something unique about poetry that makes it a timeless medium of expression – its ability to transcend all human barriers. Anything that cannot be freely spoken out against, rebuked in a song, or expressed in other art forms can easily be captured in a poem.

Poetry uses a language that can challenge a tyrannical ruler without the dictator ever knowing they were the subject of the author. Through poetry, status quos have been challenged, perspectives have been shifted, and taboo topics have been freely canvassed.

And like songs, poems are also fun to read, especially if the author is a skilled wordsmith with a mastery for figurative language.

Now, thousands of poetry books have been published to date, and finding the right one for you may be quite a challenge. We’ve made a collection of the top poetry books you might consider reading in 2020. 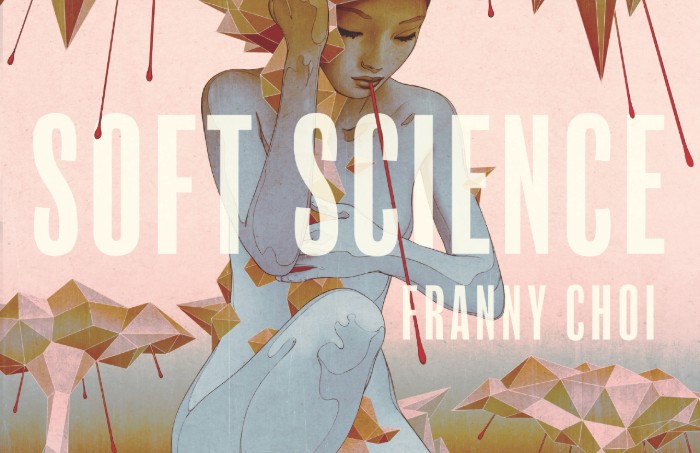 Soft Science, as the name suggests, attempts to examine the idea of softness with respect to humanity. The book explores how difficult it is to maintain your morals, values, and ideals in a world that’s increasingly becoming inhumane.

Soft Science revolves around a scintillating matrix of science, technology, and poetry, by analyzing the impacts of cyborgs and artificial intelligence. Through this book, Franny Choi attempts to interrogate the human concept of consciousness and the blurry line that exists between the conscious and the unconscious.

For a more exhilarating read, the author has integrated a series of poems known as Turing Test, to help the reader relate to the theme better. In the end, the author observes that it’s scarcely possible to preserve our human identities in the face of artificial intelligence and machine automation. 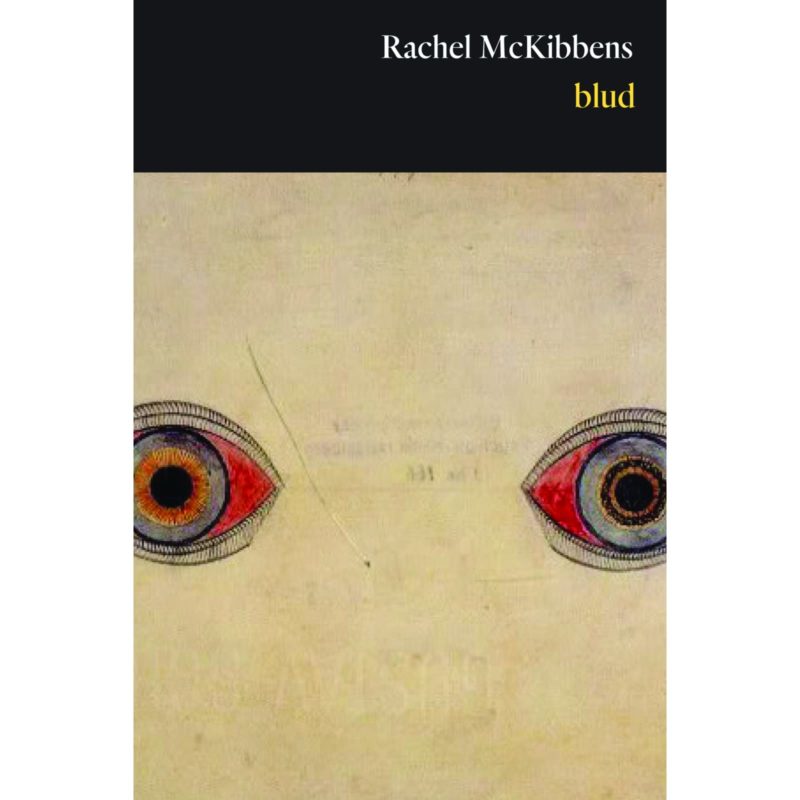 Rachel McKibbens is a master in spoken word poetry. And though she is almost exclusively famous for her powerful live stage performances, Rachel has also carved out a niche for herself as one of the most celebrated poetry book authors.

The main themes in Blud are mental health and gender equality. The book seeks to restore hope to the victims of gender violence and other forms of domestic abuse who may be grappling with trauma.

One of the best things about Blud is the use of metaphors and other stylistic devices to drive positive energy. Like most of Rachel McKibbens poetry works, the language used in Blud has the same reverberating effects as a piece of music, thanks to the incorporation of rhythms and rhymes. 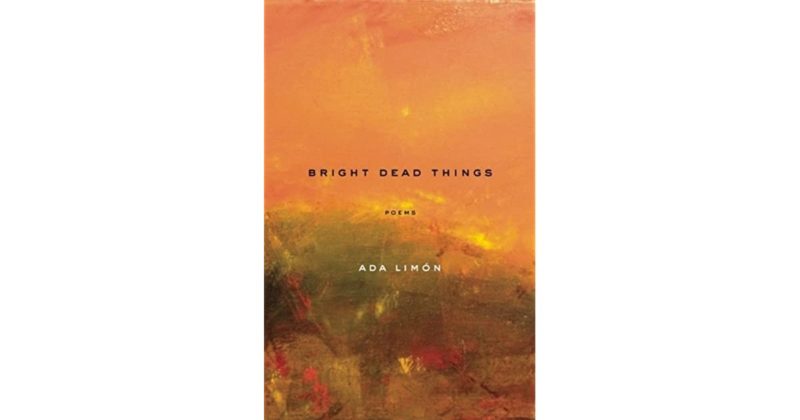 Bright Dead Things by Ada Limón examines the fleeting nature of life. The book attempts to explore the thrilling feeling of living your life with the full conviction that you’ll leave this world someday.

Ada Limón particularly speaks to those who delight in building identities that are out of touch with their realities. In the book, you can feel a massive shift in the speaker’s sense of personal worth as she journeys from New York City to rural Kentucky.

Subsequent events, such as losing a parent and falling in love, help her to redefine herself amidst the chaos and confusion of her life. 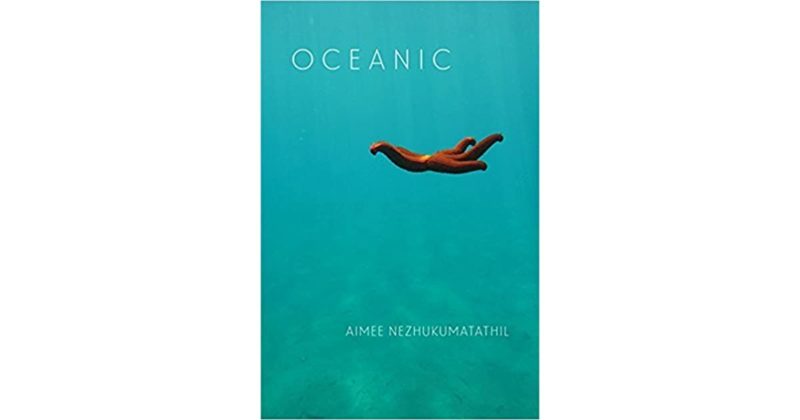 This is another excellent poetry book that aptly captures the precarious nature of life. Oceanic by Aimee Nezhukumatathil takes a keen analysis of a world that’s saturated with a profound sense of loss.

Unlike most other poetry books that only address humanity, Oceanic takes a more universal approach. The book emphasizes on the interconnectedness of the physical and spiritual realms.

Love (and the lack of it) is the central theme of this book. Aimee Nezhukumatathil tries to study love in all of its diverse forms, likening its abundance to that of the ocean.

Aimee’s reverence for the universe sees her bring to life a C-section scar, the Niagara Falls, and father penguin. She artfully blends each of these seemingly-disconnected themes harmoniously so that they can all fit within the context of the main theme, which is love.

And throughout the book, the author seamlessly weaves in other subjects, such as meditation and parenting. 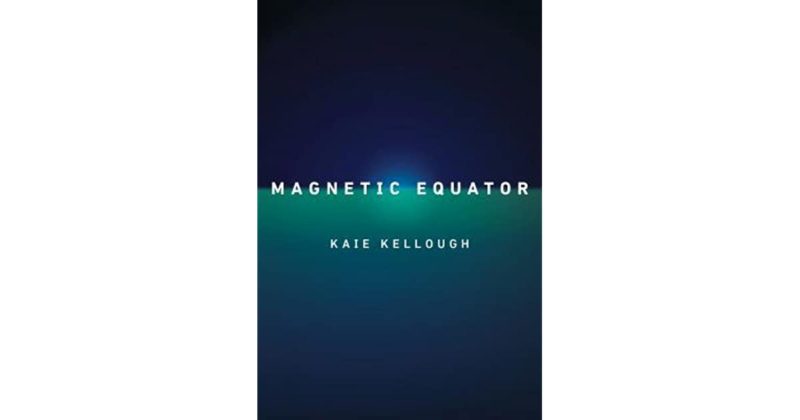 Most poetry books take the reader through a sobering journey of self-discovery. The Magnetic Equator by Kaie Kellough does the same but uses a whole new approach.

In the book, the author uses poems that drift between different settings in North and South America, all in search of self-identity. The poems traverse various geographies, such as Guyana, Georgetown, the Canadian Prairies, as well as the Amazon Rainforest and the Atlantic Ocean.

Magnetic Equator attempts to examine how deeply a person can remain entangled in the different places he travels to and worlds he touches.

Kaie Kellough utilizes numerous poetry styles and visuals as he helps the reader to understand the central themes within the book – migration and hybridity, ethnicity, and geographical differences.

6. The After Party by Jana Prikryl 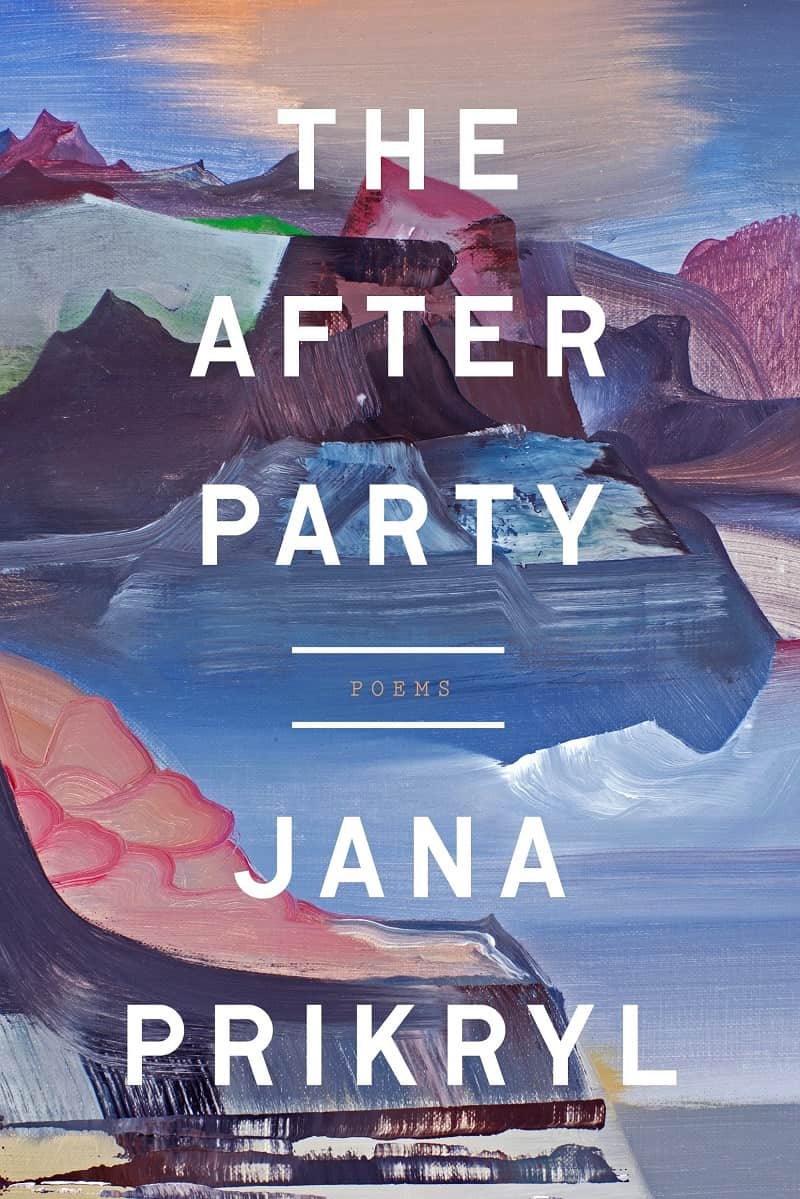 Like the Magnetic Equator, The After Party also explores different geographies and eras in a bid to highlight the conflicts in our inherited identities.

The book occasionally drifts between the cold war in Central Europe and present-day New York City. It also compares ancient Rome with modern suburbs and explains how we often grapple with our self identities whenever our realities change.

The After Party observes that all the identity tensions we witness today emanate from our inability to communicate and commune effectively with one another. And that we cannot commune with others if we remain estranged to ourselves.

The book has a section of linked poems that allow you to pause and meditate. Occasionally, the author weaves in humor to try and drive her profound message in a rather light manner.

7. Build Yourself a Boat by Camonghne Felix 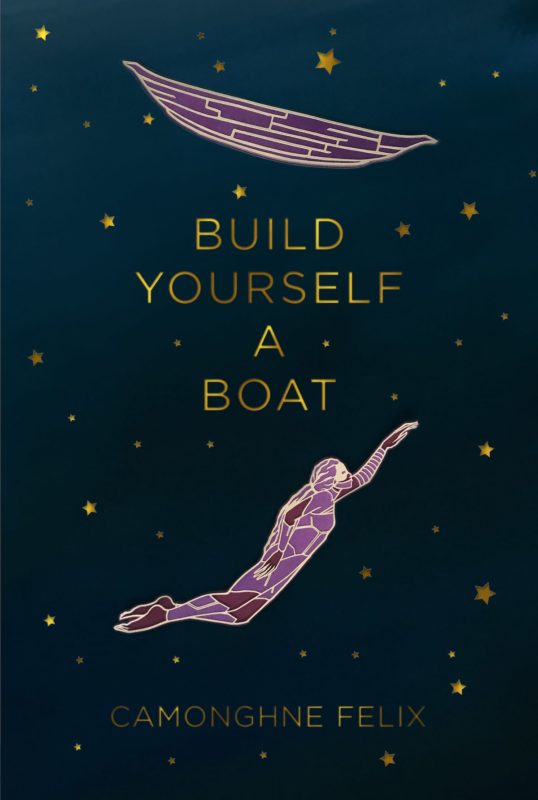 Build Yourself a Boat are poems about our family origin and heredity, and how they shape our identities and future.

The book takes an all-encompassing analysis of the family unit. It examines the good and the bad of family and the role of womanhood, as well as our survival instincts and the inevitability of death. Build Yourself a Boat particularly focuses on black female identity.

It warrants mentioning that Camonghne Felix is a brave woman who went on to break the glass ceiling despite numerous obstacles that were holding her back. So, there couldn’t be a better author to tell the story of growing through the wreckage of life.

8. When My Brother Was an Aztec by Natalie Diaz 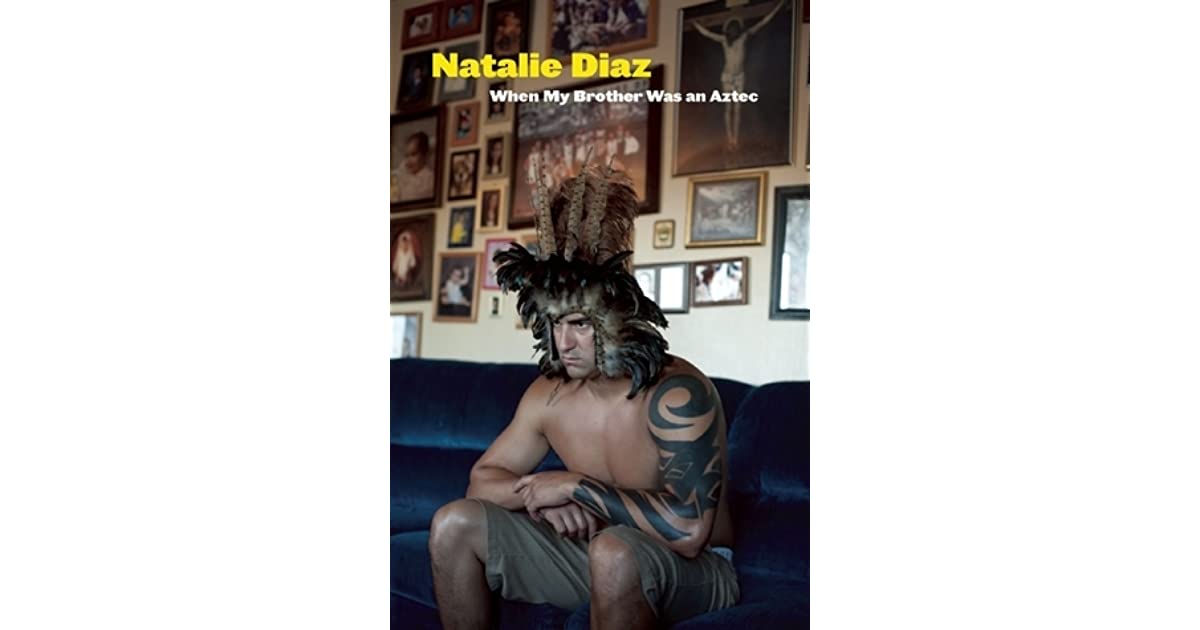 This poetry book by Natalie Diaz journeys the reader through her personal reflections about her brother who was battling methadone addiction. Diaz also takes a walk down the memory lane and tries to reenact her childhood experiences living a life of reservation and detachment.

Related  190 Nicknames That Will Sweep Your Girlfriend off Her Feet

Natalie uses her mastery in poetic language to paint her brother as a godlike figure who can be both awesome and terrifying whenever he is overwhelmed by meth.

If you enjoy poetry on familial love and commitment, then When My Brother Was an Aztec by Natalie Diaz is the book for you. 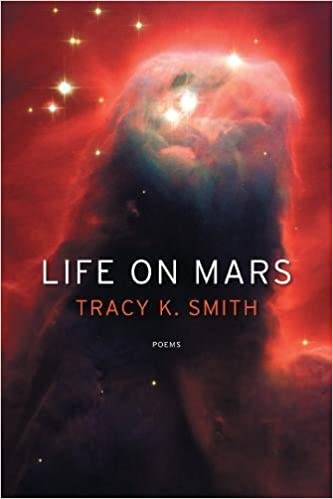 Life on Mars somewhat lives up to its title. The book explores the human understanding of space by taking cues from previous space explorations and other popularly-held conceptions about the extraterrestrial realm.

Tracy tells most of the stories through her father who once worked on the Hubble Space Telescope before his death. The poems oscillate across the themes of science fiction, interplanetary travels, pop culture, and personal grief, with numerous allusions to David Bowie.

However, the entire book isn’t focused on the realm of the abstract. Other subjects it touches on include environmental degradation, political controversies, and hate crimes.

In Life on Mars, Tracy K. Smith tries to capture the interconnectedness of the universe and the planetary system. She uses her father’s death to explain that grief affects us beyond a personal level. 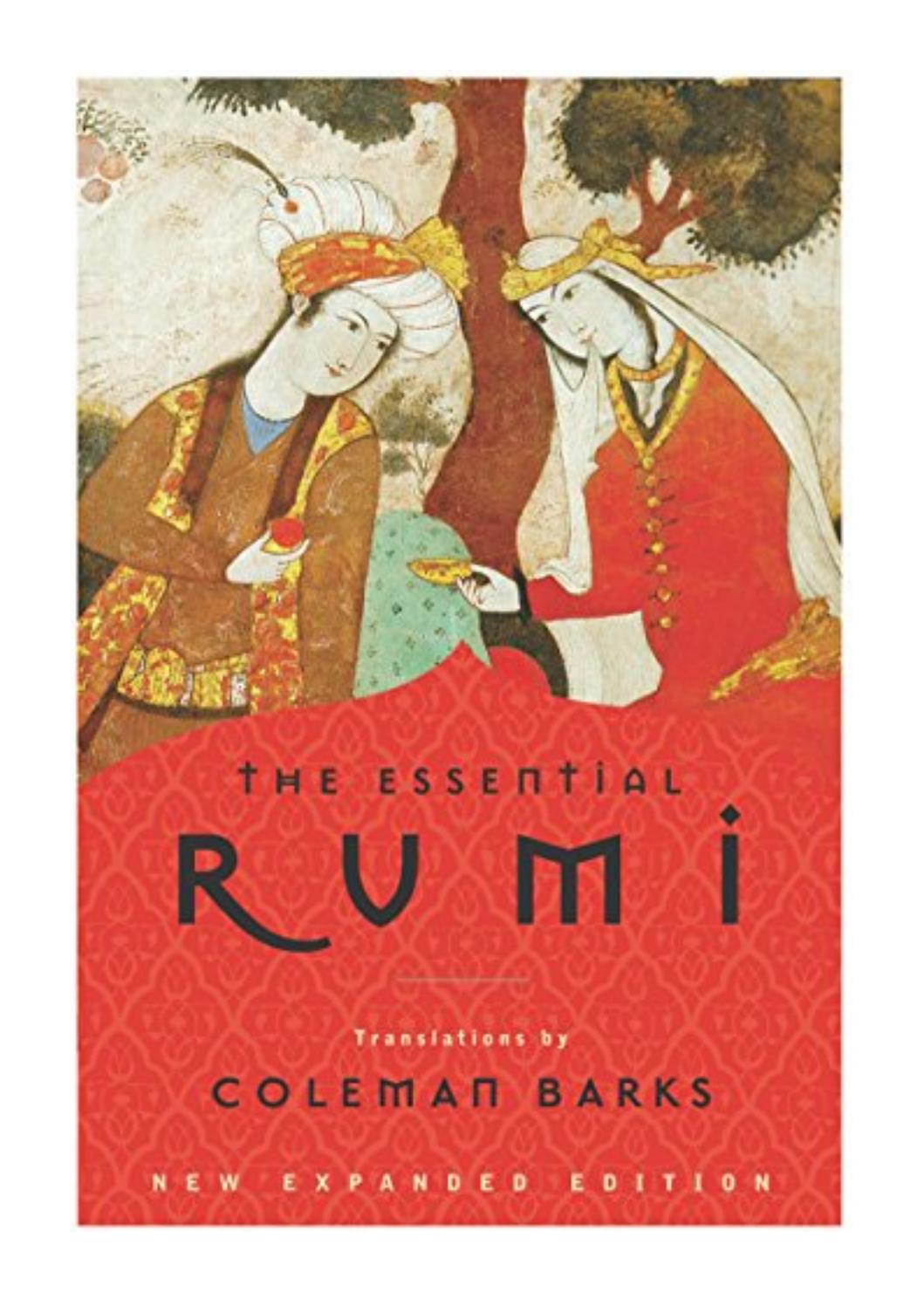 Jalal al-Din Rumi is one of the best-selling poets of all time. He enjoys a solid grounding in spirituality, the same that reverberates through most of his poetry books.

The Essential Rumi is rich in deep spirituality, and will get you to self-reflect and reconnect with your higher power. Another thing that makes it a worthwhile read is that the author has not limited himself to his religion.

Though he is Muslim, the book takes a broad approach to spirituality. Subjects like love are also aptly captured in The Essential Rumi.

If you’re interested in everything spirituality, from meditation to contemplation and philosophy, then The Essential Rumi is the book for you.

Finding a poetry book that is both inspiring and entertaining isn’t a walk in the park. However, the top 10 books we’ve reviewed here deliver on both aspects. Not only is the language used captivating, but the underlying themes are highlighted in a sobering manner.