He broke into the limelight through his sensational debut single titled “White Iverson,” released in 2015. And while he has been active for barely seven years, this young musician is already giving renowned rappers a run for their money. 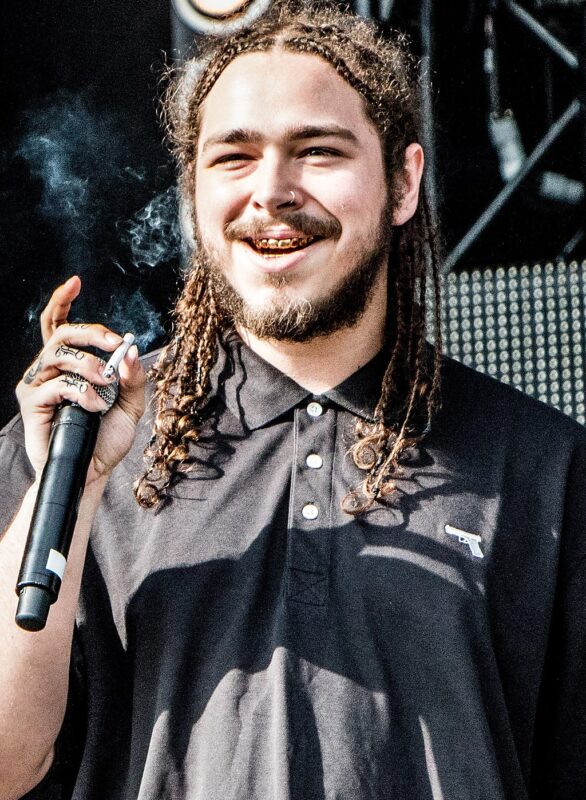 Post Malone was born on July 4, 1995, in Syracuse, New York. When he was nine years, the family moved to Grapevine, Texas. He attended the Grapevine High School and Tarrant County College District Office. However, he never graduated from college.

As a young kid, Malone loved to play the guitar. At the age of 16, he created a mix-tape which he shared with his friends at school. After listening to the mix-tape, his classmates voted him as “Most Likely to Become Famous.”

In 2015, Post Malone released his debut single titled “White Iverson,” and uploaded the track on SoundCloud. The song racked up over 1 million views, putting Malone on the radar of some of the industry’s big rappers, such as Wiz Khalifa.

Later that year, Malone was signed to Republic Records. He went on to release several other successful hits, some of which garnered hundreds of millions of views.

Post Malone’s debut studio album, known as Stoney, was released in December 2016. The album was certified triple platinum, after reaching #4 on the Billboard 200.

Stoney also reached #1 and #2 on the US Rap chart and US R&B/Hip-Hop chart, respectively. Malone’s second album, Beerbongs & Bentleys, was certified double platinum, adding to the rapper’s fast-rising fame.

The following are some of his biggest hits:

Post Malone’s net worth is an estimated $30 million, as of May 1st, 2021. The artist has made much of his wealth through album sales and royalties. It’s worth noting that Post is his own songwriter, which means that he enjoys higher royalties compared to many other recording artists.

In addition to album sales and royalties, Post Malone also earns big from other areas of the industry, such as live concerts. According to Forbes, the rapper grosses roughly $500, 000 per concert.

He launched his own music festival known as Posty Fest, in 2018. The festival, which also features Pharrell, Meek Mill, Rae Sremmurd, and Jaden Smith, was sold out even before the lineup was announced.

The star has also entered into a couple of lucrative sponsorship deals with several brands, including True Religion, Bud Light, and HyperX. His Bud Light sponsorship has been a tremendous success.

As of late 2018, the artist had his eyes set on starting his own record label, and was also working on making a movie. And around May 2019, reports by TMZ indicated that Post was seriously considering venturing into the lucrative marijuana industry. If these ventures take off successfully, the star will definitely be smiling his way to the bank.

Post Malone doesn’t just earn big bucks, he’s a big spender too. He owns a $430, 000 Phantom, a Lamborghini, and is also an avid gambler. He reportedly paid $20, 000 to rapper YG, after losing a Dallas Cowboys versus St. Louis Rams game.
Post Malone officially lives in Los Angeles, though he has another $3 million home in Utah.

One of the life lessons we can learn from Post Malone is that you’re never too young to begin chasing your dreams. Right from his childhood, Post knew he was destined for a career in music.

He wasted no time honing his guitar playing skills. And when the opportunity presented itself, he released a track that became an instant hit.

Never pay attention to your detractors. That’s another invaluable lesson we can learn from Post Malone. The rapper has come under heavy criticism throughout his career, on account of his rapping style. But Post has been undeterred. He has persisted in releasing track after track, just so he can keep his fans entertained.

Through Post Malone’s successful rapping career, we can also appreciate the significance of bending the rules a little, provided that everyone is happy. Post’s rapping style is largely undefined, as it blends several genres. But the final output is always a masterpiece, and that’s what matters. 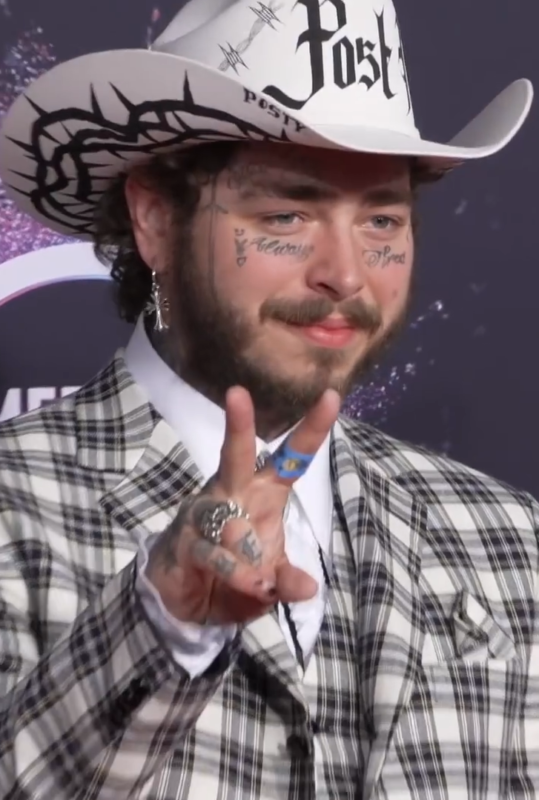 “I’m just trying to make music everybody can get happy to and vibe to and turn up to. So long as I keep making good music, everything’s going to be OK.”

“You just got with the flow because life is just all about how you feel.”

Post Malone is undeniably one of the most talented artists. He’s not only gifted in rapping, but also songwriting record production. And considering his relatively young age, it’s safe to admit that the rapper has a bright future ahead of him.