Who is R Kelly?

It is often said that raw talent can be spotted anywhere, no matter how hidden it is. Robert Sylvester Kelly was a classic example of the above statement. As he is popularly referred to, R Kelly was born on January 8, 1967, on Chicago’s south side. He skipped high school to pursue a career as a subway musician. After a while, R Kelly then proceeded to win a $100,000 award on a television talent show known as “Big Break,” and things started to look up.

R Kelly was also in a band called Public Announcement, which got signed with Jive Records in 1991 and subsequently released the album “Born into the 90s” in 1993. Although R Kelly’s talent has been questioned as much as his character a lot lately, it is an undisputed fact that he was indeed talented at some point. R. Kelly’s solo debut, “12 Play,” was released in November 1993, after which the album became certified six times platinum as a result of the single “Bump n’ Grind.” R Kelly also established a career as a record producer for other musicians around the same period, including the production of the whole first album of Aaliyah, a teenage pop vocalist. 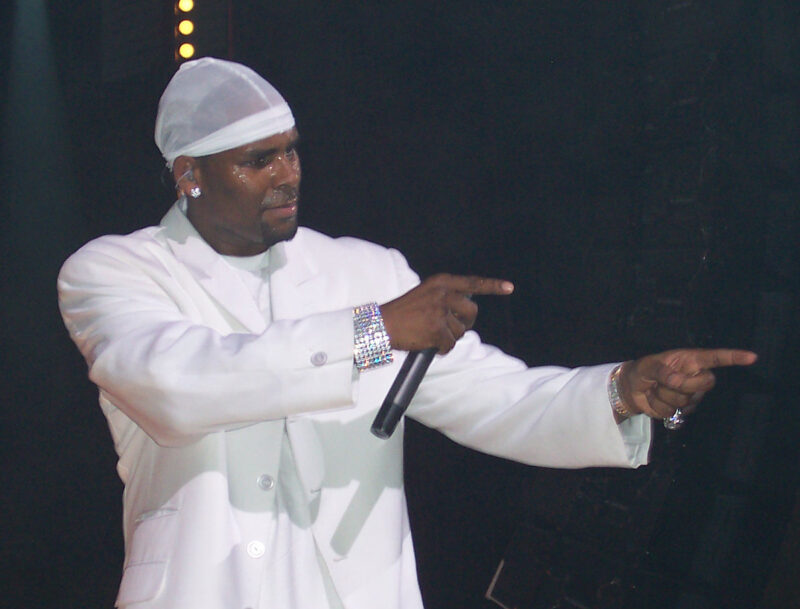 R Kelly was born and raised in a cozy home in Hyde Park, Chicago Lying Hospital. He was born to his single mother, Joanna Kelly, a devout Christian and singer.

His father was also reported to have been largely absent from R Kelly and his siblings’ lives while growing up. R Kelly has three half-siblings, namely Bruce Kelly, Theresa Kelly, Carey Kelly. R. Kelly’s first big break came in 1990 when he signed a recording contract with Jive Records after singing on the streets for a while.

After this big break, he released “Born into the ’90s,” with his backup band, Public Announcement. With his two top R&B hits, namely “Honey Love” and “Slow Dance (Hey Mr. DJ),” the album rapidly became a hit. Kelly’s sexually charged lyrics were also well-known almost as rapidly as his album’s success.

R Kelly, known as the King of R&B, also assumed the “King of the Ballad” position when he released “I Believe I Can Fly” in 1996. He won three Grammy Awards for the song in the subsequent year, which also featured on the soundtrack for Michael Jordan’s film Space Jam.

R Kelly also contributed to the Batman & Robin (1997) soundtrack with “Gotham City.” R Kelly has five compilation albums, three collaborations (albums), and 14 personal studio albums to his credit. Kelly has received hundreds of prizes, including multiple AMAs, a BET award, and numerous Billboard awards, in addition to his three Grammys. “Black Panties” and “The Buffet,” his most recent albums, were released in 2013 and 2015, respectively. From 1994 to 2013, he also took part in 12 world tours.

Tiffany Hawkins sued R Kelly for $10 million in 1996 after she accused the growing star of sexual abuse dating back to 1991 when she was 15 years old. He preyed on her dreams of being a singer, she claimed and fed her promises of making her dreams come true. However, he did not fulfill this promise. Kelly was reported to have paid her $250,000 to disappear, and the lawsuit was said to have been settled. However, the allegations continued to pile up, and his money dwindled.

What is R Kelly’s Net Worth?

The combination of legal fees and his tumultuous divorce kept the bills piling up, causing his finances to evaporate over ten years. Lawsuit settlements (from dozens of women claiming that the artist raped them) also claimed millions of dollars in the said legal fees. Kelly admitted in 2018 that he owed the sum of $20 million in general and was “touring just to pay rent.”

Due to the sexual harassment and child trafficking controversy surrounding his reputation, several musicians refused to cooperate with him, thus blacklisting him from the entertainment industry putting a significant dent in his finances. As such, his net worth has drastically depleted to a meager sum of -$2 million. Yes, you read that right. R Kelly is $2million in debt.

R Kelly derived a considerable amount of his wealth from racketeering, which is morally and legally wrong. Individuals should learn to be content with whatever it is they have. If one’s source of wealth does not produce enough to sponsor their lifestyle, such individuals should discover more lucrative ways to increase their source of income.

2. Live Right by the Law