The Fickle Nature of Marriage

Out of the many moments in life that are difficult to forget, our wedding day stands out. It doesn’t matter how many years have passed since you tied the knot. This day will forever remain etched in your memory.

Perhaps it’s the serenading beats that reverberated in the background as you walked down the aisle that makes your wedding day truly unforgettable. Or the tears of joy that rolled down your cheeks as you looked directly into your partner’s eyes and whispered the words “I do.” Maybe it’s just the pomp and color that punctuated the entire occasion. Whichever the case, your wedding must have been perfect. And so must have been your partner (at least that’s how it felt back then).

But as days turned into weeks and weeks turned into months, you began to question whether this was the right partner for you. You realized that the sparkle in their eye was gone. They were no longer as sweet and empathetic as they used to be. Or maybe you discovered a deep secret they’d been hiding from you for years. Whatever the reason may be, you’ve decided to call it quits.

You know your friends may judge you for walking out of the marriage. You also know you’ll face emotional emptiness for a while. But since matters have come to a head, divorce is the only way out of your misery. Well, if your conscience is right, all we can say is – Good luck with your divorce!

But for you, a random reader, who’s just here wondering why the heck people get divorce, we’ve prepared the top 20 reasons why. 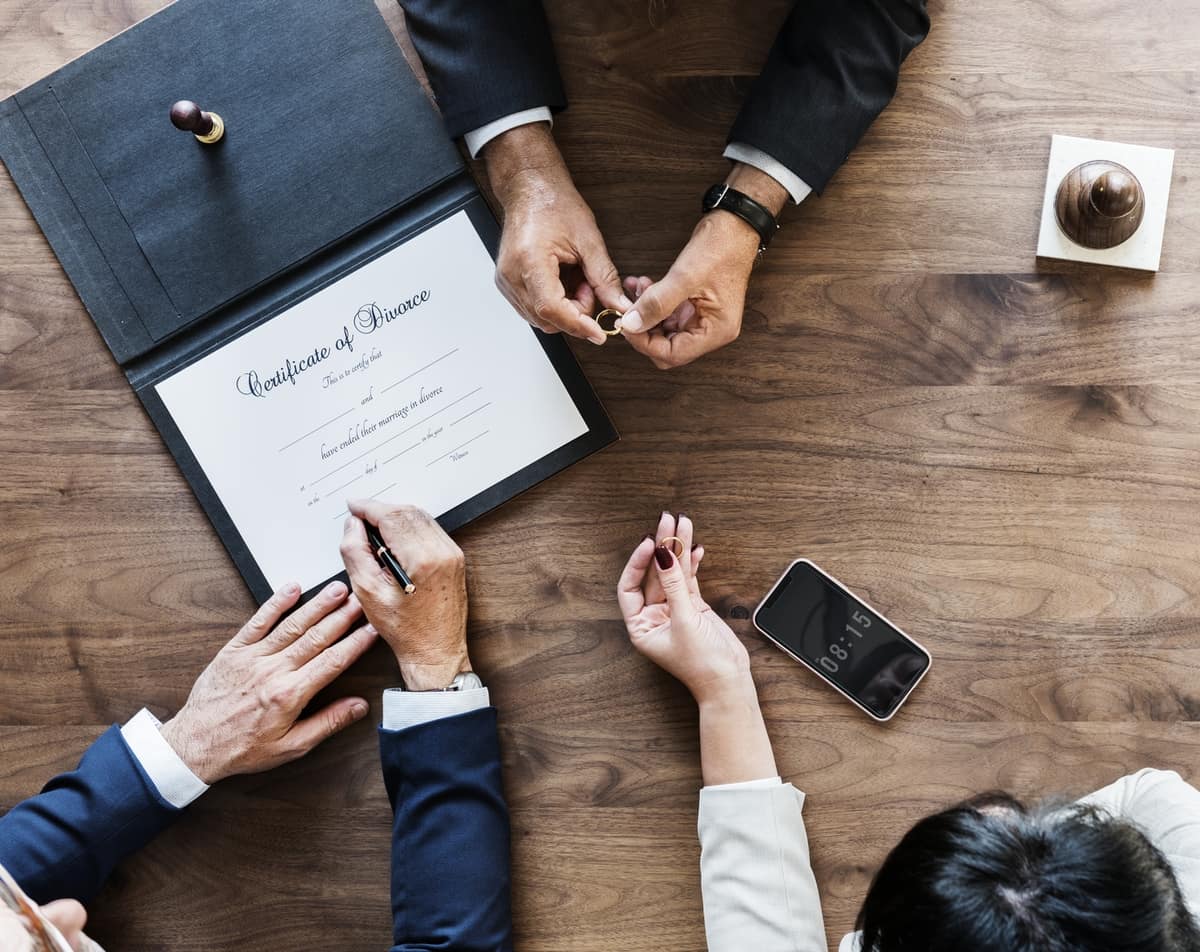 You may call it infidelity or refer to it using sweeter-sounding euphemisms like ‘extramarital affairs’ or ‘seeing someone else.’ But the fact remains that cheating is a leading cause of relationship breakups. According to statistics, infidelity accounts for 20 – 40% of all divorce cases (1).

Anger, resentment, and a lack of communication are the common underlying reasons people cheat in marriage. Inadequate emotional intimacy and differences in sexual appetite may also be a trigger.

The most important thing to note here is that infidelity doesn’t necessarily imply seeking out sexual satisfaction out of marriage. Seemingly innocent acts, such as flirting with a coworker, may also constitute cheating.

Related  10 Couple Goals You Need for A Successful Relationship

Communication is an essential fuel that drives all relationships, marriages included. Ineffective communication breeds anger and frustrations as every partner tries to second-guess the other.

The following are various aspects of ineffective communication that could drive a marriage to the rocks;

Constant arguments is usually lumped together with other aspects of poor communication.

However, quarreling partners are usually communicating quite well with each other.

Constant bickering about anything may make spouses withdrawn from each other. That’s especially true if a couple appears to be having the same argument over and over.

Domestic abuse is a broad term that encompasses physical as well as emotional and financial abuse.

It can involve couples alone or extend to their children and other family members living in the same house.

Whichever the case, when a marriage partner feels like they’ve become a punching bag, divorce is usually the safest way out. 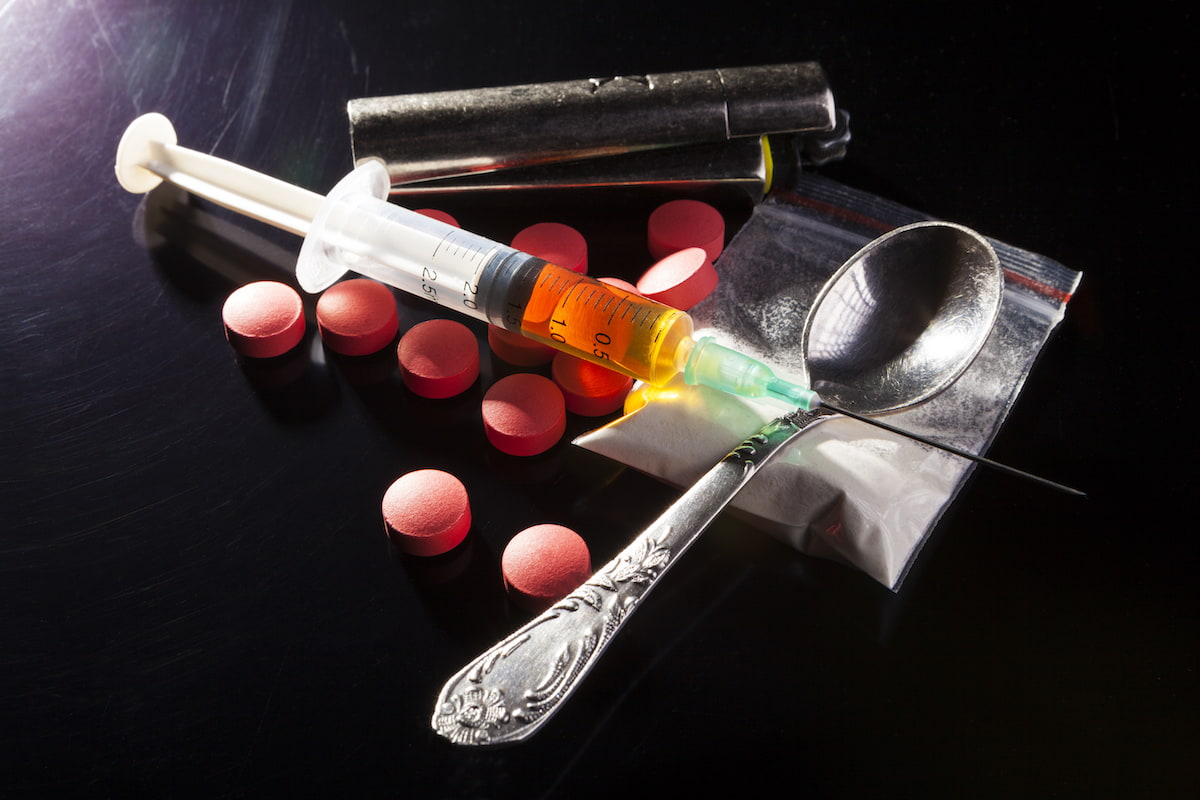 Alcohol and drug abuse can destroy a flourishing marriage in a matter of weeks.

It usually begins with communication breakdown before things escalate into physical abuse.

Numerous couples cite cultural and religious differences as the primary cause of their split-up.

Various surveys have shown that couples in interfaith marriages are up to three times likely to divorce than their non-interfaith counterparts (2).

“There’s no romance without finance.”

Although commonly used in a puny context, this saying holds true for most relationships today. No matter how much love you profess to your partner, things will never be the same the day your bank accounts get depleted. And this applies both ways – whether you’re married to a spouse going bankrupt or you’re the one running out of money.

The primary reason bankruptcy breaks marriages is that it triggers massive lifestyle changes. You begin by selling your mansion, car, and other valuable assets. And if a stable job doesn’t come by in good time, you soon find yourself struggling to put food on the table. For partners who aren’t understanding enough, this may seem too much to bear. 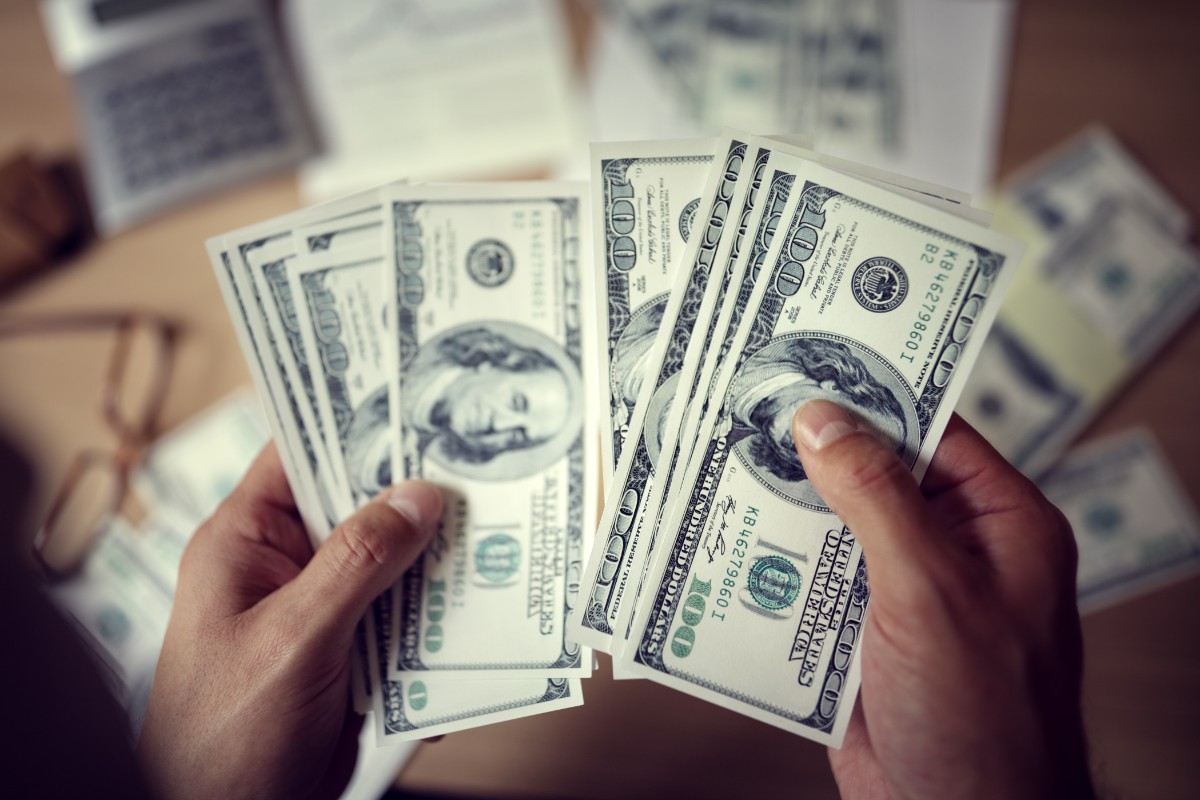 Some couples divorce when the family goes bankrupt. Others go their separate ways when they can’t seem to agree on how to save, spend, or invest their incomes.

Disagreements about finances are a major challenge for couples who manage their money as a team. There’s always someone who thinks their partner is spending too much. In some cases, partners just can’t seem to decide on what to spend their money on.

With everyone pulling in a different direction, it may only be a matter of time before things go south.

As mean as it may sound, some people marry purely for the purposes of inheriting their partner’s wealth.

Ideally, the inheritance should happen when the richer couple passes on.

But if death seems to delay the plan, the ill-intentioned partner may choose to expedite the process by filing for divorce.

10. Getting Married Too Early

Cases abound where people got married, only to realize they were too young and grossly unprepared for it.

Note that an ideal marriage should be a story of “happily ever after.” But when a spouse suddenly realizes that they tied the knot a little too soon, every day in the marriage may feel like going through a slow-motion car wreck.

In such circumstances, divorce may be the only logical avenue to pursue.

11. Getting Married For the Wrong Reasons

People get married for all manner of reasons. Sadly, many of these reasons are completely unrealistic. Some of them include;

When you marry for any of the above reasons, there are close to ZERO chances that your marriage will last the first year.

12. Little or No Premarital Education 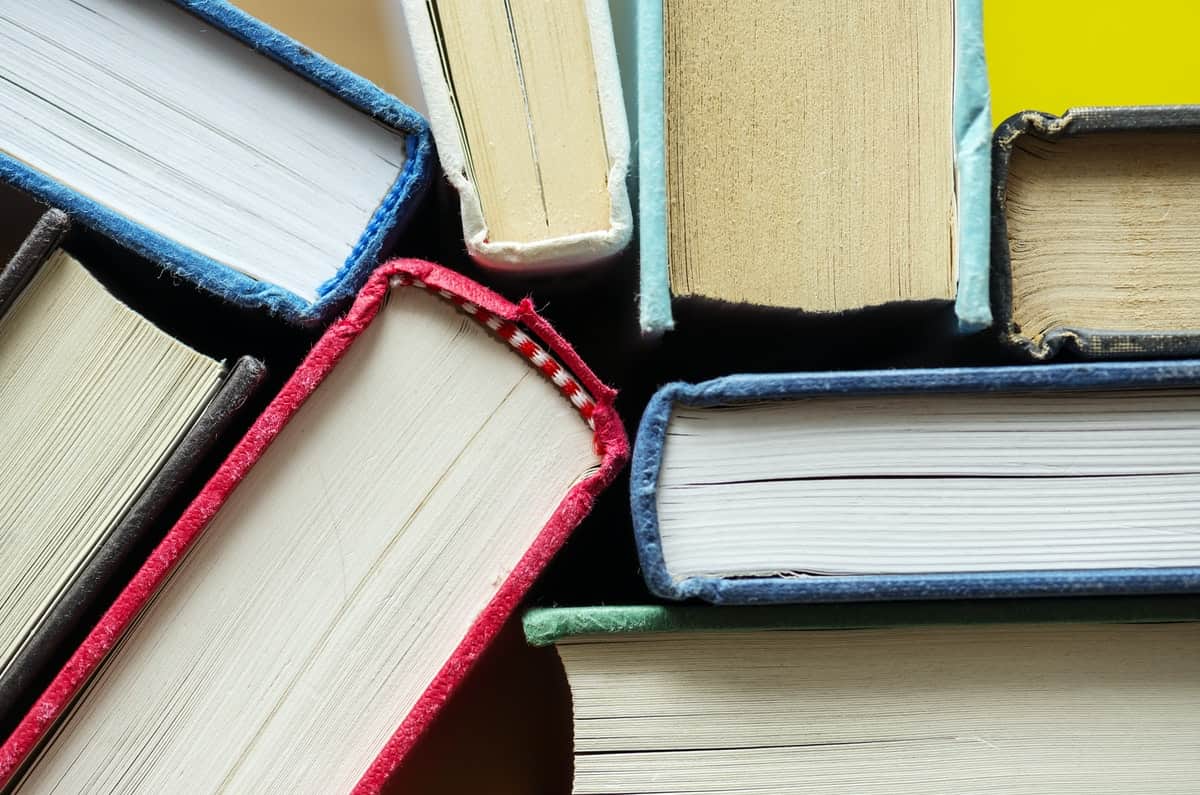 The ‘open forum’ policy adopted by marriage counselors also helps prospective spouses discover more about one another, particularly their likes and dislikes.

In fact, premarital education can help you determine whether your fiancé/fiancée is your ideal marriage partner or not.

Parenting style differences have also been cited as a major reason for divorce (3).

This is further complicated by the fact that there are numerous parenting styles out there.

If couples cannot agree on common methodologies to use in raising their children, the resultant conflicts can lead to a split.

There may come a time when couples no longer feel connected as they did before.

This may happen where one partner constantly ignores their spouse’s sexual, emotional, or physical needs.

Ultimately, the affected partner may start to feel like they’re living with a stranger and file for divorce.

Related  When Do You Know it’s Time to Call it Quits and File for Divorce?

What a man can do a woman can do, right? Well, this idealistic expression doesn’t apply in most marriages.

There’s usually that one partner who talks and acts as though they have a greater say in the marriage.

Even if this is true, it can make the other person feel undervalued, thereby filing for divorce. 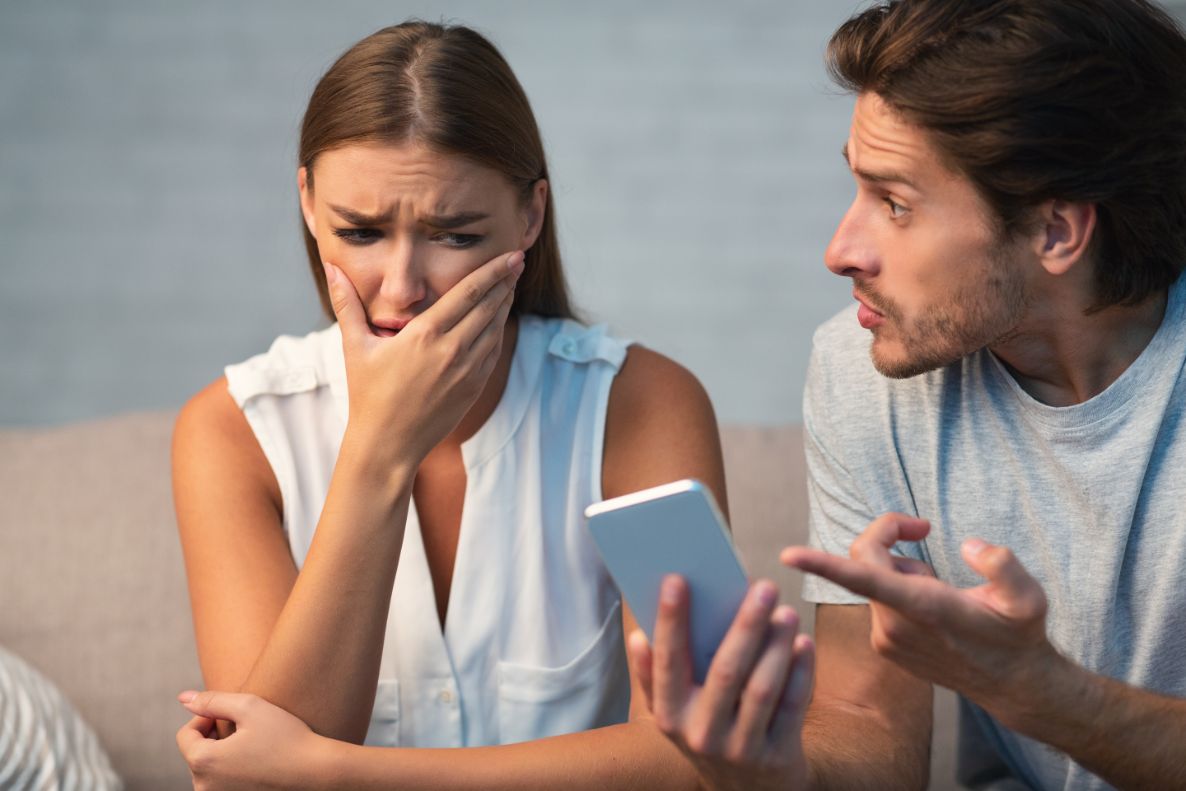 Commitment is a broad and subjective term that can be somewhat difficult to define.

But when it comes to marriage, it’s often easy to tell who is committed and who’s not.

One sure indicator of non-commitment in marriage is when a partner no longer wants to get involved in sensitive family affairs, such as setting financial goals.

Physical attraction influences intimacy between partners. Studies have established that both men and women feel happy in a marriage if they perceive their partners to be physically attractive.

According to one study, men perceive their spouse’s physical appearance as a future predictor for successful or unsuccessful relationship outcomes (4).

Numerous factors may cause couples to no longer consider each other physically attractive. The most common ones are weight gain, old age, medical deformities, or accident-induced disfigurements.

But long absence could also kill love. And the death may come fast if the couple doesn’t check on each other frequently enough.

It’s okay to be married to someone who works or studies overseas. However, the marriage can only flourish if you maintain constant touch. That includes texting, calling, and visiting each other regularly. 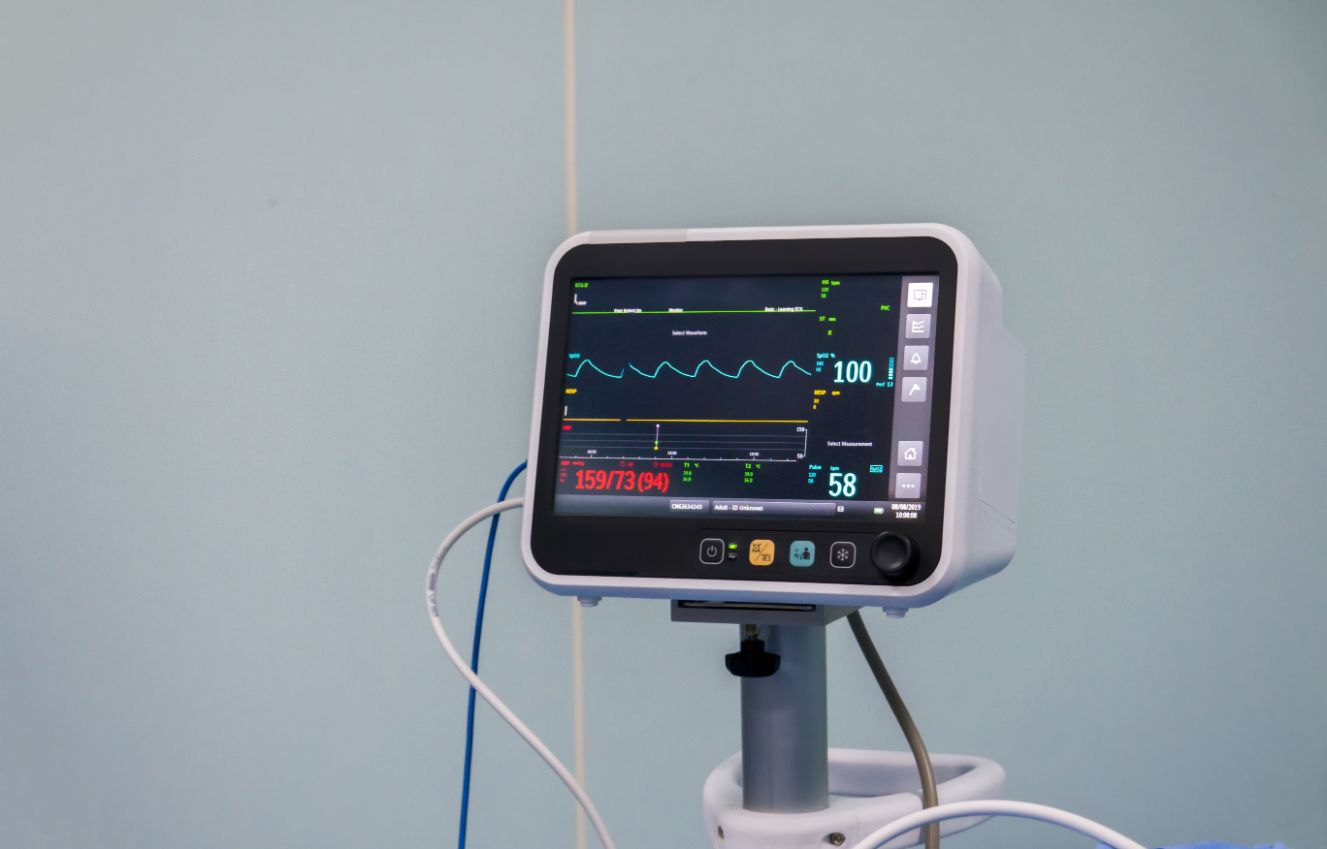 Chronic debilitating illnesses like stroke and heart disease often lead to substance abuse, anxiety, and depression. Plus, they could take a toll on a person’s sexual vitality and finances.

According to research, the rates of divorce cases caused by medical problems are higher when it’s the wife suffering from a chronic disease.

Some couples may choose to divorce simply because they’re just fed up with married life.

Such couples may not necessarily be quarreling. They’ve only gotten tired of living together under the same roof.

In fact, they might choose to remain best friends and even satisfy each other’s sexual needs from time to time.

Whichever your reasons for divorce may be, do thorough soul-searching to ensure your conscience is clear.

Once you hand your partner the divorce papers, it may be difficult to win their heart back even if you happen to change your mind.