Here’s the good news: we want to inspire you to make your own movies.

Here’s the bad news: making movies, at any budget, is a difficult and challenging experience.

It will still be fun and creatively stimulating, but don’t expect to find yourself cruising through the process without any hiccups or significant compromises.

So what will it take to finish a film project, big or small? It’s going to take a whole lot, really, but to help you get in the right headspace and build up the motivation you’ll need to get it done. 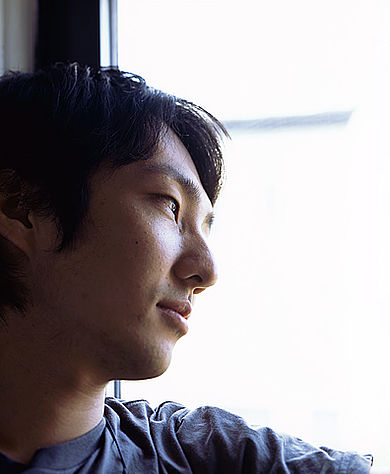 Our conversation with Motoyoshi produced some wonderful insights and effective tips for filmmakers young and old. Read through them below and let us know which you found most helpful.

Many people want to make movies, but very few of those people actually follow through on their dreams. Why is that?

Well, there are definitely those who find their way into other careers, other interests and hobbies, eventually losing touch with the part of them that wanted to make a film.

But in a lot of cases, intimidation is a huge factor. Aspiring filmmakers, especially those who have already graduated from college, think they need a huge amount of resources to make something, and they think their project has to be good enough to sell to a distribution company.

Here’s the thing, though: nobody starts out with all the resources and clout they need. Wanting to make something doesn’t mean that it needs to be commercially viable. It doesn’t even mean that the finished product needs to be good.

Yes, if you’d like to pursue a career in filmmaking, you’ll need to learn a lot about both the technical and creative sides of the craft, but as a creative outlet, filmmaking is more accessible now than ever before.

So before getting started on a new film project, find some motivation that will see you through the long and arduous filmmaking process.

Motoyoshi finds creative inspiration in his memories of childhood experiences with movies. In particular, there’s a singular sensation that some of his favorite movies gave him, and accessing that sensation sparks creativity.

“When I was a little kid, there were many VHS tapes of Charlie Chaplin’s films in my house and I would watch them after my parents went to bed. I believe that cinema is something that I grew up with, and I still remember the sensation that Chaplin’s films brought to me. I make films because I want to create and live with this sensation for my entire life.”

When the work of filmmaking gets tough, Motoyoshi can access this childlike feeling of wonder and joy at the power of cinema.

If you have a solid understanding of these basics, you’ll find it much easier to make smaller daily decisions down the line. 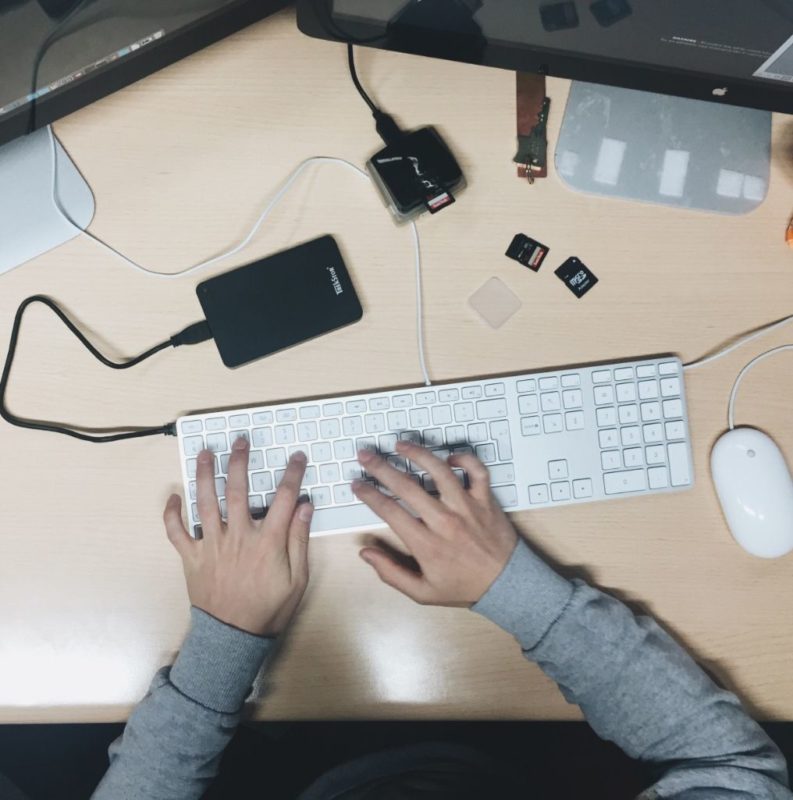 Developing an idea for a film, whether a short film, feature film or a documentary, involves a mix of creativity and practicality.

Any initial idea is pure and unfiltered. Your next step is to verbalize that idea, make it specific and figure out what you really want to say.

On the practical side, development is the part of the process where you realize whether or not your concept is realistic.

For example, many young filmmakers may have grandiose ideas for a science fiction movie, but in most cases, executing these ideas would be expensive and require a great deal of technical skill.

Be realistic with yourself about a brand new project. Do you have the budget, gear, and expertise necessary to complete it?

It’s possible to develop ideas on your own, but for Motoyoshi and many other contemporary film experts, collaborating with other artists and filmmakers helps bring clarity and can even speed up development.

Motoyoshi explained that when preparing to write and shoot the ‘Dirty Clothes’ short, finding another filmmaker with similar goals and perspectives was invaluable.

“‘Dirty Clothes’ was inspired by the major earthquake that hit Japan in 2011. I developed the idea with Ken Yoshioka, another fellow filmmaker. Thankfully we shared the same taste in movies, so these conversations really helped to flesh out the idea.”

Beyond providing a sounding board for your ideas, collaborators can also contribute ideas of their own. When this happens, you may feel the urge to reject their suggestions so that you can maintain complete control over the project. After all, it’s your idea and you’re going to make the film.

But this just isn’t a successful outlook. You’ve probably heard it a hundred times by now, but filmmaking is an inherently collaborative medium, and it’s 100% true.

You will inevitably end up collaborating with performers and crew members. Don’t shut yourself off to new ideas when you hear them. You don’t have to incorporate all of them either, but staying open to ideas that will make the film better is the mark of a successful director. 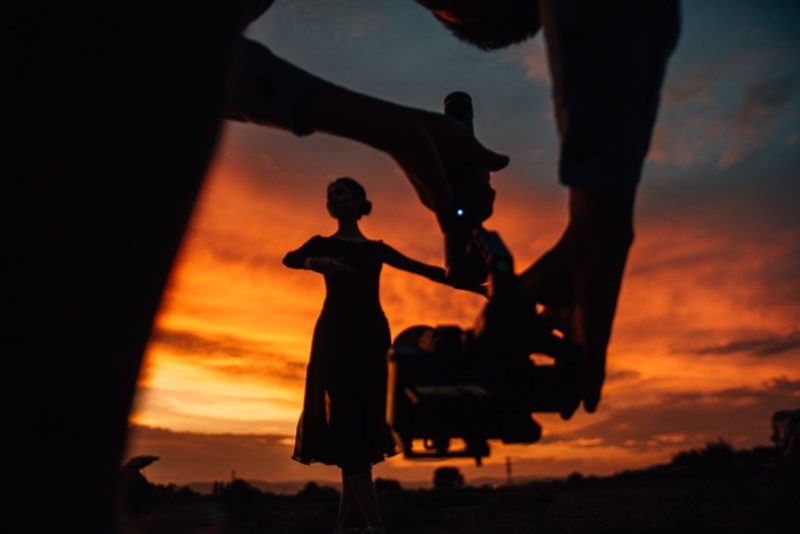 Now we’re really getting down to brass tacks. Your project needs to have a distinct visual style. This not only helps hold the attention of your audience, but it also sets your work apart from the thousands and thousands of other films and videos being produced each year.

Cinematography and production design are complicated topics, and we don’t have enough time to get into its many details. There’s a reason why there are whole college programs centered around filmmaking craft.

Every aspect of the production has an impact on how the finished product will look. What lenses are being used? What costumes do you have available? How are you directing your actors? Where are you shooting? What light sources do you have available, both natural and artificial? What kind of color grading are you using in the editing software of your choice?

You’ll need to consider all of this, but when you’re still in the planning stages, long before principal photography begins, try to limit these considerations.

Motoyoshi has a great tip on how to contemplate the visual identity of a project.

“For narrative films, I always come up with strong images that can be the core of the film. These images might not be important or relevant to the plot, but they come from my very personal feelings. The visual style of a new project is determined by these images.”

This approach is echoed in the work of American filmmaker and visual artist David Lynch. Lynch has said in interviews as well as his own books that many of his movies started out with a single image or phrase.

In the case of Eraserhead, Lynch claims that he had the idea for the movie after reading a specific Bible verse, which itself conjured a specific image in his mind.

Think back to those initial thoughts you had for the project. What came first? An image? A phrase? A bird call you heard while out on a walk?

You’ve no doubt since developed those ideas into a tentative script, but when you’re looking for a unique visual style that you can apply to your film, you can pull quite a bit from those first few sparks of inspiration.

As a quick example, let’s say the very first image you had in mind was that of a singular figure sitting in a chair in the dead of night, next to a moonlit window.

You can use this image to craft a specific lighting scheme for the entire project, one that makes use of “cool” light (more blue than yellow). Maybe you’d like most of the scenes to take place at night. You might even decide that the sound design should be minimal, focusing on subtle diegetic sounds. diegetic

These decisions will guide your storyboards and your actual shooting days. Never underestimate the value of your instincts.

We’ll close out with the importance of being a good leader when directing a film. This is a default goal for many directors, but what does effective leadership really look like on a film set?

The answer: it’s different for everyone. As Motoyoshi highlighted during our talk, each director needs to find their own way to lead in a way that inspires results and creativity.

“One of the jobs of the director is to listen to proposals from relevant departments and choose the best option. It’s crucial to let your crew work comfortably to maximize their creativity on set. With all the time constrictions, this isn’t always easy. Finding your own way to facilitate creativity is very important.”

Out of all of our tips in the article, this is one that you really can’t practice on your own. Carving out your very own leadership style comes with time and experience.

Once you’re on set, don’t be afraid to try several different approaches. Take note of how your crew and your performers respond.

Filmmaking is a bit like improvisation. Every day, and every moment, will be different. Knowing how to respond and finding a system that works for you is an essential step for all directors. Every day that you’re on set, you’ll be drawing closer to the end of the project and your status as a filmmaker.