Who Is Rob Dyrdek?

As an actor, Dyrdek is best known for starring in the reality television shows, Rob & Big and Rob Dyrdek’s Fantasy Factory. 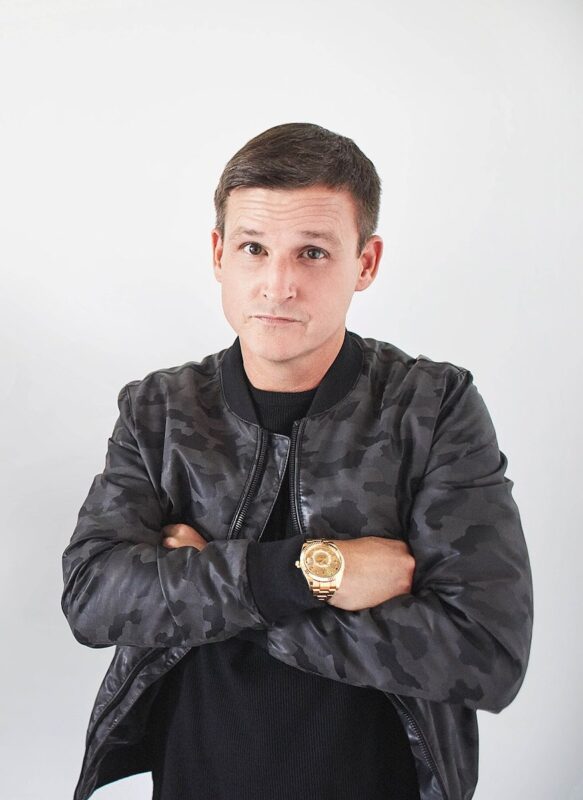 Rob Dyrdek was born on June 28, 1974, in Kettering, Ohio, to Gene Dyrdek and Patty Dyrdek. Dyrdek began skateboarding at the age of 11 years and by the time he was 12, he received his first sponsorship.

As a professional skateboarder, Dyrdek set a few records, including the world record in 2007 for the longest 50-50 rail grind: 100 feet 5.75 inches. The same year, he set two other world records – for the longest board slide: 100 feet 5.75 inches and for the highest skateboard ramp jump into water: 10 feet 8 inches. In 2014, Dyrdek set yet another world record for the furthest reverse ramp jump by way of a car: 89 feet 3.25 inches.

In 2006, Rob Dyrdek branched out to television and accepted a starring role on MTV’s reality show, Rob and Big. Three years later, he helped develop a series known as Rob Dyrdek’s Fantasy Factory. In addition to his television roles, Dyrdek has also landed a few movie roles, including in 2008’s Righteous Kill.

Rob Dyrdek has involved himself in numerous income-generating activities throughout his professional career. As of August 1, 2021, his net worth was $50 million. He has earned a significant portion of his wealth from film-related ventures, including as an actor, reality TV personality, television producer, and screenwriter.

In addition to acting and television production, Rob Dyrdek has pursued several other entrepreneurial ventures during his career. His first business was Orion Trucks. He has since owned a shoe design company, a hip hop record label, and a skate shop. He is also associated with an animated series on Nickelodeon known as Wild Grinders, and Street League Skateboarding (SLS). Dyrdek also founded Dyrdek Machine and went on to acquire DNA Distribution, before returning the company to its original founders.

Other investments by Rob Dyrdek include:

Rob has also entered into lucrative endorsement deals with other brands, including Rogue Status.

Rob Dyrdek has flipped several real estate properties over the years. He has made profits in some and suffered losses in others.

In 2015, Dyrdek purchased a vacant 3.1-acre lot near his primary residence in Mulholland Estates neighborhood for $9.9 million. The lot was previously owned by Robbie Williams who sold it after abandoning his plans of building a megamansion there. It’s also the largest property in the whole neighborhood.

In 2016, Dyrdek sold his 4-bedroom, 3-bathroom house in Laurel Hills, Los Angeles for $3.5 million. The 3,733-square-foot house is located between Laurel Canyon and Coldwater Canyon.

How Does Rob Dyrdek Spend His Money?

Over the past few years, Rob Dyrdek has managed to keep his private life to himself, which makes it a bit difficult to know how he spends his millions. But so far, we know that he has a love affair for horses. In one of the episodes of Fantasy Factory, Dyrdek was captured jockeying a racehorse for his friend Joe Ciaglia Jr. He eventually became a racehorse owner and is reported to have owned at least 13 horses during his career. Some of Dyrdek’s horses have raced in stakes such as the Breeder’s Cup.

The former professional skateboarder is also fond of dogs. He has two bulldogs named Beefy and Meaty, and a Pomeranian named Gretchen Weiner.

Rob Dyrdek left Kettering Fairmont High School and traveled to Southern California to pursue a career in skateboarding fulltime. The risk was well-calculated as Dyrdek landed riding gigs as soon as he arrived in Southern California.

2. Focus on your dreams

You can hardly become rich by depending on one income stream. It appears Dyrdek understands this fundamental lesson on investment, as he has since been involved in several business endeavors.

“Everything in life is a fantasy until you choose to make it a reality.”

“I’ve got some alien blood in me.”

“Skateboarding has given me everything I have and created who I am.”

“The serious professional skateboarder doesn’t have a job. They get paid enough not to.”

“With success comes responsibility of playing your part, to do what you can to help not only those that helped you get to where you’re at, but the future of who’s going to be playing a part of your business and everything you do in your entire career.”

Rob Dyrdek enjoys a successful career as a skateboarder, actor, television personality, and entrepreneur. He is proof that with ruthless focus and unwavering passion for your job, there’s no limit to what you can achieve.