Known as ‘the mother of the freedom movement’ and ‘the first lady of civil rights’, Rosa Parks and her actions on December 1, 1955 sparked a chain reaction that would lead to the U.S. Supreme Court to rule bus segregation as unconstitutional. Thanks to her unwavering courage, the fight for civil rights continues and grows stronger today.

Who is Rosa Parks?

Born on February 4, 1913 to parents James and Leona McCauley, Rosa Louise McCauley lived in Tuskegee, Alabama. When she turned two years old, she and her brother would move with their mother outside the state capital, Montgomery, to a rural town.

Rosa grew up during a time when the Jim Crow laws were already in place. These were a compilation of local and state statutes that legalized racial segregation. In 1932, she married long-time member of the National Association for the Advancement of Colored People (NAACP), Raymond Parks.

The Jim Crow laws made daily living in Montgomery difficult for the African American community. But they didn’t have a choice. Those who even attempted to defy the laws ended up fined, arrested, or jailed. Worst, you could experience violence or death.

But after her shift on a Thursday, December 1, 1955, Rosa Parks was just so ‘tired of giving in’, she refused to move when bus driver James Blake told her to vacate her seat. This started the Montgomery bus boycott that lasted for a year. About 40,000 African American bus riders joined in the cause, with the main demands being ‘courtesy, the hiring of Black drivers, and a first-come, first-seated policy’. 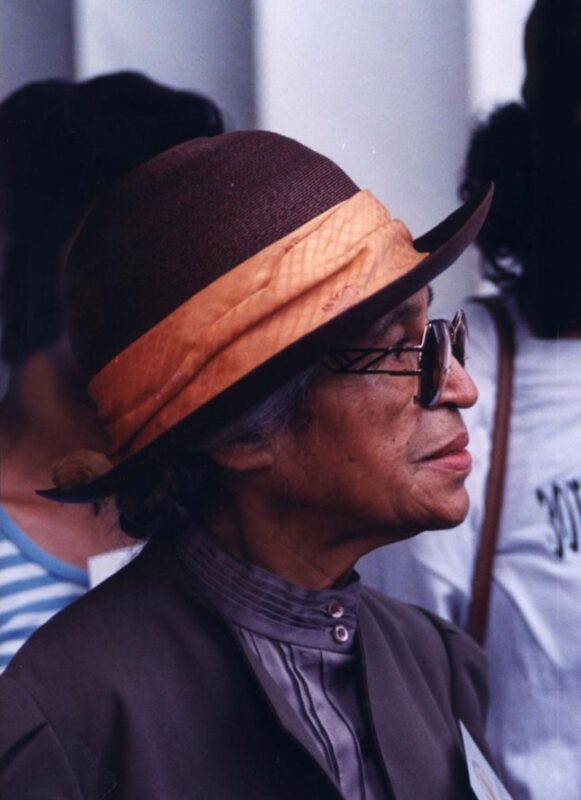 Rosa Parks will always be remembered as one of the major symbols of the civil rights movement. While she wasn’t the first to rebel against the bus segregation law, she became a national symbol for activism.

After the boycott, Parks along with her family, continued to face harassment and threats. So they moved to Detroit. Here she became administrative aide in the Detroit office of Congressman John Conyers Jr. from 1965 until her retirement in 1988. She co-founded the Rosa and Raymond Parks Institute for Self-Development as well.

Before she died at the age of 92, she was able to see the fruits of their fight. Not only did she witness the end of bus segregation, she also saw the rise of African Americans into the upper classes of society.

It’s not easy to stand up for what you believe is right. Hopefully, these amazing Rosa Parks quotes can inspire you to do just that.