Who Is Sacha Cohen?

Cohen is best known for his portrayal of fictional satirical characters, including Admiral General Aladeen, Ali G, Brüno Gehard, and Borat Sagdiyev. Some of his most acclaimed films include Ali G Indahouse (2002), Borat (2006) and its 2020 sequel Borat Subsequent Moviefilm, Brüno (2009), and The Dictator (2012). Cohen is also famous for his role in the 2006 blockbuster Talladega Nights: The Ballad of Ricky Bobby.

Sacha Cohen was born on October 13, 1971, in Hammersmith, London, England, to Gerald Baron Cohen and Daniella Naomi Weiser Cohen. His father was an editor who later became a clothing store owner, whereas his mother was a photographer.

Cohen graduated from Christ’s College Cambridge in 1993 with a bachelor’s degree in history. 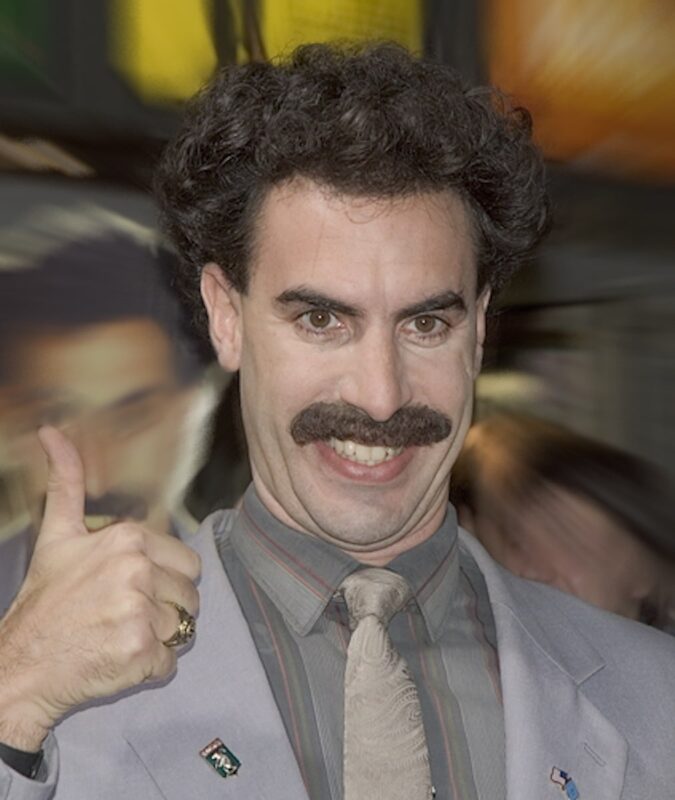 Sacha Cohen developed an interest in acting and comedy at a young age. While in college, Cohen performed in numerous shows as a member of the Cambridge University Amateur Dramatic Club, including the shows ‘Fiddler on the Roof’ and ‘Cyrano de Bergerac.’

Cohen also played the cello during his childhood years. He made his television debut on the show Fanfare for Young Musicians.

After graduating from college, Sacha Cohen worked briefly as a fashion model. However, he decided to shelve his modeling ambitions to focus on comedy and acting.

Cohen kicked off his professional film career in 1996 after accepting a cameo role in the short film Punch. The same year, he became a presenter of F2F, a youth chat program that aired on Granada Talk TV. His first feature film appearance was in 2000’s The Jolly Boys’ Last Stand.

Sacha Cohen gained widespread popularity as an actor and comedian after creating the fictional comic character Ali G in the late 90s. In 2002, he appeared as Ali G in the film Ali G Indahouse. He was also the film’s screenwriter and executive producer. The following year, Cohen wrote the screenplay for, as well as produced and starred in the sort film Spyz.

In 2005, Sacha Cohen landed his first voice-acting role in the film Madagascar, voicing the character King Julien XIII. He reprised his roles in the film’s sequels Madagascar: Escape 2 Africa (2008) and Madagascar 3: Europe’s Most Wanted (2012). The following year, Cohen appeared in the blockbuster Talladega Nights: The Ballad of Ricky Bobby.

In 2006, Sacha Cohen appeared as the fictional character Borat Sagdiyev in the film Borat. He would later reprise his role in the movie’s 2020 sequel, Borat Subsequent Moviefilm.

In 2007, Cohen portrayed Signor Adolfo Pirelli in the film Sweeney Todd: The Demon Barber of Fleet Street. In 2009, he starred as Brüno Gehard in the critically acclaimed movie Brüno. He also served as the film’s producer and screenwriter.

Sacha Cohen has won 2 British Academy Television Awards, both for his role in the television show Da Ali G Show.

Sacha Cohen has earned a jaw-dropping net worth of $160 million from his various film and television appearances as of April 1, 2021. One major factor that has contributed to Cohen’s impressive net worth is that he has produced and wrote the screenplay for many of his critically acclaimed movies.

In addition to the film industry, Sacha Cohen also earns from various television roles, which include acting and television production.

Cohen also earns from brand endorsements. In 1996 he had a minor role as a chef in a commercial for McCain Microchips titled “Ping Pong.”

Sacha Cohen threw his full weight behind acting and comedy as soon as he realized he was talented in both. To hone his comedy skills, Cohen took clown training at the Paris-based École Philippe Gaulier.

It’s fairly easy to rise to the top in the entertainment industry. But it takes consistency to stay relevant. Cohen is all-too-familiar with this fact, which explains why he has consistently appeared in movies and television shows since he gained recognition in the 90s.

3. Take full control of your projects

Sacha Cohen is not only famous for starring in movies and television shows. He has also been the executive producer and screenwriter in many of his films. 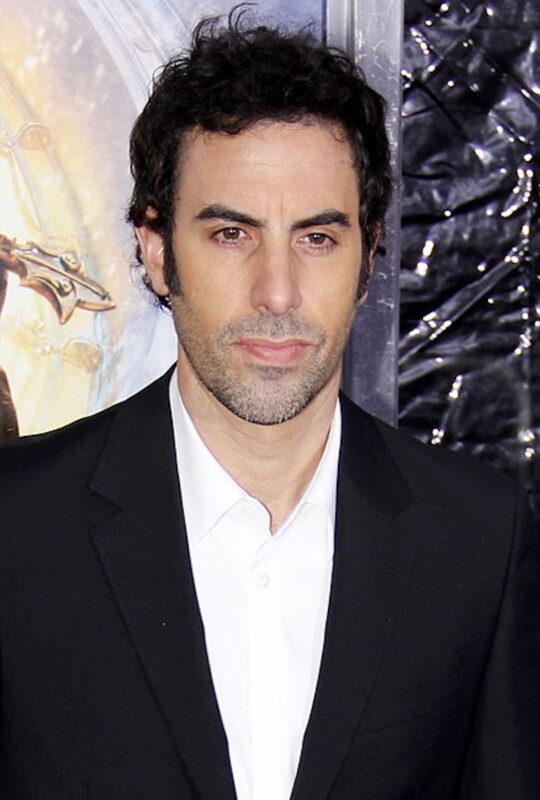 “Dictators are ludicrous characters, and, you know, in my career and in my life, I’ve always enjoyed sort of inhabiting these ludicrous, larger-than-life characters that somehow exist in the real world.”

“Don’t listen to me. I’m not a politician. I know nothing about politics. But people are cheering when something very bad happens to him [In reference to President Donald Trump].”

“I have been incredibly fortunate to be able to work with good directors and for me, it’s not really a plan each time I’m on a set with one of them; I think about what I can learn from them because I’m very aware that my filmmaking skills are very modest.”

“I think if you come from a history of persecution you have to develop a sense of humor.”

“To single out a particular group and say we can’t make a joke about them is almost a form of prejudice and it’s kind of patronizing.”

Sacha Cohen is an English actor, comedian, producer, and screenwriter who has a net worth of $160 million. Cohen is credited for creating and portraying some of the funniest fictional film characters, including Ali G, Borat Sagdiyev, Brüno Gehard, and Admiral General Aladeen.