Who Is Sandra Bullock?

Sandra Annette Bullock is an American-German actress and film producer who has been in the industry since 1987.

Bullock has appeared in scores of commercially successful movies and has been ranked twice as the highest-paid actress on the planet (2010 and 2014). 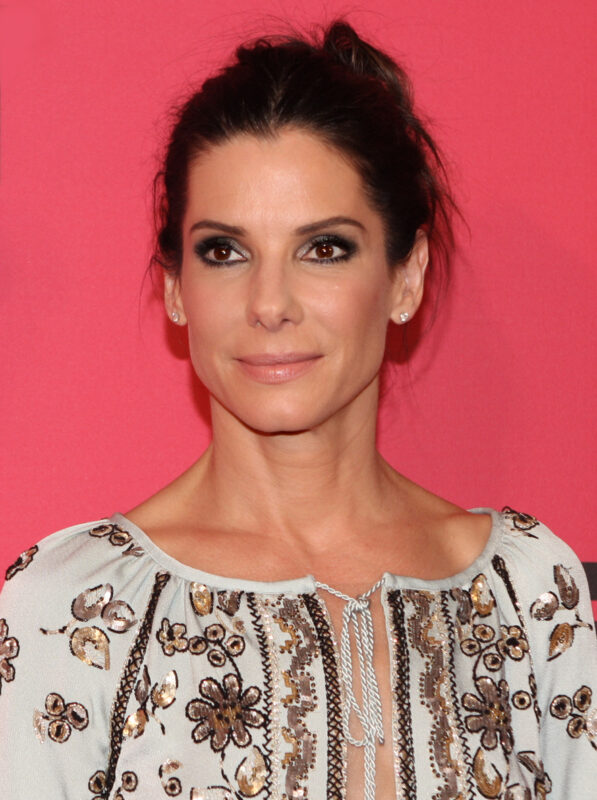 Sandra Bullock was born on July 26, 1964, in Arlington, Virginia, to John W. Bullock and Helga Mathilde Meyer. His father was an Army employee who also dabbled as a voice coach, whereas his mother was a voice teacher and opera singer.

Bullock made her film debut in 1987’s thriller, Hangmen. She appeared in several small roles over the next few years, including 1993’s Demolition Man. Her breakout role came in 1994’s action thriller, Speed. Following the remarkable success of Speed, Bullock went on to establish herself as one of the most promising actresses of the early 90s.

The following are some of the movies that Sandra Bullock has starred in over the years:

As of August 1, 2021, Sandra Bullock had a net worth of $200 million. Bullock has earned a huge portion of her wealth from her various big-screen endeavors, which include acting as well as film and television production. Sandra has also earned hefty paychecks from her other entrepreneurial ventures.

One of Sandra Bullock’s most commercially successful movies is Gravity, where the actress reportedly pocketed $20 million plus an additional 15% of the film’s gross box office. Her deal with Gravity also included 15% of all merchandise sales, DVD sales, and TV deals related to the film.

As of the time of writing, Gravity has grossed more than $723 million worldwide and Bullock has earned upwards of $70 million from the movie alone. Bullock’s Gravity earnings are considered one of the largest movie paychecks for a single acting role in the history of Hollywood.

In addition to Gravity, the following are other notable movie salaries that Sandra Bullock has earned over the years:

Sandra Bullock has a real estate portfolio that’s estimated to be roughly $60 million. Her primary residence is an imposing mansion in Beverly Hills, which she purchased in 2011 for $16.2 million.

Besides her primary residence, Sandra Bullock has flipped numerous real estate properties over the years. In 2011, Bullock purchased a house located above the Sunset Strip, Los Angeles, for $1.5 million, and sold it in 2018 for $2.9 million. In 2019, she listed a 3-acre property located on an island in Georgia at a cost of $6.5 million. She acquired the property in several transactions between 2001 and 2002 for $4.5 million.

The following are other real estate properties associated with Sandra Bullock:

• A dozen properties in Austin, Texas
• Two units in a luxury tower located near her primary residence
• A 5-acre retreat located in Jackson Hole, Wyoming
• A townhouse in Manhattan which she purchased for $4 million
• A $3 million Victorian-style home in New Orleans

In many of her films, Sandra Bullock comes across as a friendly and unpretentious woman. As it turns out, Bullock is just as easygoing in real life as she is in her movies.

2. Be consistent and love what you do

Talents may propel you to the limelight, but it takes consistency and passion to stay there. Thanks to her consistency, Bullock has managed to stay in the industry for more than three decades.

Bullock doesn’t just earn big bucks, she is also a big-hearted philanthropist. She has donated to various humanitarian causes, mostly through the American Red Cross.

“Everyone told me to pass on Speed because it was a ’bus movie.”

“I’ve been trying to find the word that says what I need to be in life.”

“Brave’ is the only word. It’s the only thing that I ask myself to be.”

“I’m a true believer in karma. You get what you give, whether it’s bad or good.”

“There’s no race, no religion, no class system, no color – nothing – no sexual orientation, that makes us better than anyone else. We’re all deserving of love.”

Sandra Bullock is one of the most talented actresses in Hollywood. Those talents have translated to a $200 million net worth over the years.