Who Is Saúl ‘Canelo’ Álvarez?

As of 2020, Saúl Álvarez was considered the best pound-for-pound boxer. He’s known for being a super counterpuncher with a remarkable ability to find and capitalize on the tiniest openings in his opponents’ guards. The talented boxer has also earned a reputation for his heavy body punches, which often culminate in a massive blow to his opponents’ liver.

Some boxing pundits have taken issue with Álvarez’s repeated head movements, arguing that those movements are more likely to make him vulnerable to his opponents. However, Canelo has always crafted a way of exploiting his head movements to his advantage.

All in all, Saúl Álvarez has proved to be a formidable opponent, regardless of how powerful or experienced his opponent is. As of the time of writing, Álvarez has fought in a total of 58 professional matches. He has won 55 of those fights, including 37 wins by knockout. He has only lost one match, with two ending in a draw.

Saúl Álvarez was born on July 18, 1990, in Guadalajara, Jalisco, Mexico, to Santos Álvarez and Ana Maria Barragán. All of his brothers became professional boxers, with the most successful ones being Ramón Álvarez, Ricardo Álvarez, and Rigoberto Álvarez. Álvarez was nicknamed ‘Canelo,’ which is Spanish for cinnamon.

Canelo Álvarez started boxing at the age of 13. He was inspired by his elder brother and boxer Rigoberto Álvarez.

During his first 19 months as a professional boxer, Canelo Álvarez knocked out 11 of his 13 opponents, a majority of whom were significantly older than him. By 2006, Álvarez had already won the welterweight title. He then moved to the light-middleweight division and won the WBC silver title in 2010. The same year, Álvarez became the first boxer to beat Carlos Baldomir by technical knockout.

In 2013, Canelo won against Austin Trout. However, he suffered his first major loss the same year against Floyd Mayweather.

Despite losing to Mayweather, Canelo Álvarez was undaunted. He went on to win numerous fights over the years, including the 2014 victory over Alfredo Angulo and the 2015 win over Miguel Cotto.

After winning against Cotto, Álvarez became the WBC and Ring champion. He successfully defended his titles by winning against Amir Khan in 2016. The same year, Álvarez shed some weight so he could challenge Liam Smith. He beat Smith and earned the WBO light-middleweight world title.

Other notable wins by Canelo Álvarez include against Julio Cesar Chavez Junior in 2017, Gennady Golovkin in 2018, and Sergey Kovalev in 2019.

The following are some of Álvarez’s most notable paychecks over the years:

Canelo Álvarez has also earned from numerous endorsement deals over the years. He reportedly earned $44 million in endorsements alone from June 2017 to June 2018.

1. Find your passion and pursue it diligently

Canelo Álvarez knew he was destined for a boxing career in his early teen years. At the age of 15, he decided to drop out of high school to pursue his boxing ambitions.

2. The only thing to fear is fear itself

Álvarez approaches every fight with a fearless attitude. While speaking on his upcoming first match against Golovkin, Canelo said, “Golovkin, you are next, my friend. The fight is done. I’ve never feared anyone, since I was 15 fighting as a professional. When I was born, fear was gone.”

3. Make the most of every opportunity

Canelo Álvarez turned professional at the age of 15, which was significantly lower than the average age most amateur boxers make their professional debut. However, he proved his worth by winning against numerous older opponents. 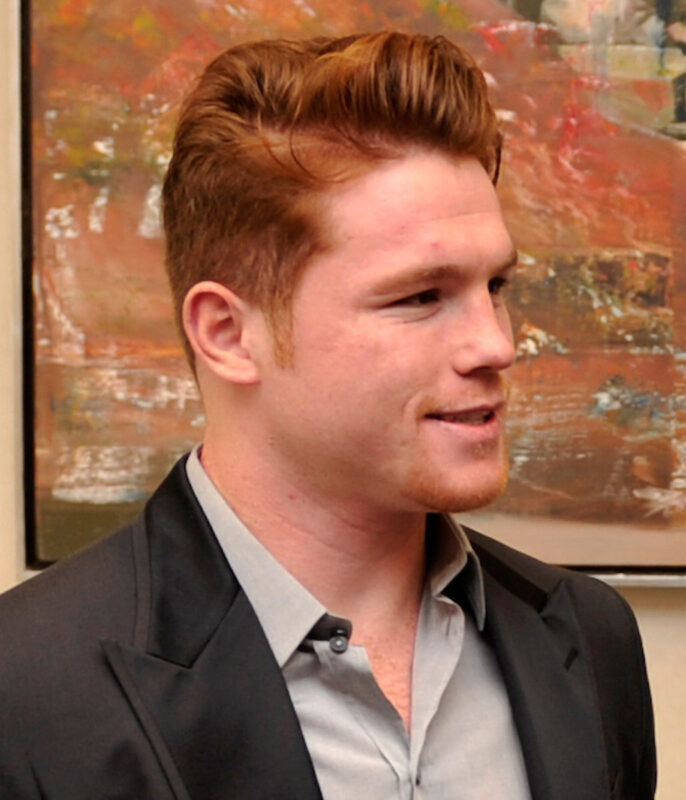 “I was made fun of at a young age. I would fight a lot in the streets, and it has a lot to do with the way I am today. It helped my development as a fighter, but what can I say?”

“I’m training and preparing because nothing is predictable in boxing. I’m preparing for those rounds, and if it happens that I get a shot, whatever advantage I have, I will be ready for 12 rounds.”

“I’m honored and blessed by God to be in the sport I love, and I want to accomplish all the goals I set in the sport of boxing – to be successful and make history.”

“It’s a big responsibility and great motivation to be a Mexican fighter who is admired, and I thank God for the support I get from Mexicans on both sides of the border.”

“There are great legends and great fighters in the history of Mexico, and there will be more to come.”

Canelo Álvarez is regarded as one of the most successful boxers of his generation, with a win rate of over 95%. So far, Álvarez has won 55 fights and only lost one. The boxer has earned a net worth of $140 million from his boxing endeavors.