As we all know, already the Ancient Egyptians were cherishing these mysterious creatures. It hasn’t changed too much, to be honest. At least not from the cats’ perspective.

They are still behaving as if they were the lords of their kingdom… I mean… your apartment. What’s new, though, are funny YouTube videos where it’s hard to believe how majestic the animals think they are.

To understand the cats and their weird behaviors better, we took a closer look at what surprises us the most and what the most common misconceptions are. In case you’re going to need more specific tips on taking care of cats, you can look for some help at Pet Place.

We met a theory which assumes that cats purr because they’re full of… bees. Even though we know that certainly is not true, we still can’t identify the exact source of this comforting, infrasonic sound.

However, we know 3 situations that make cats purr.

It can be purring of pleasure — obvious — but also draw our attention and start scratching their back. The last situation is when the cat is sick — the low-sound vibration is to relax them and heal sick organs. 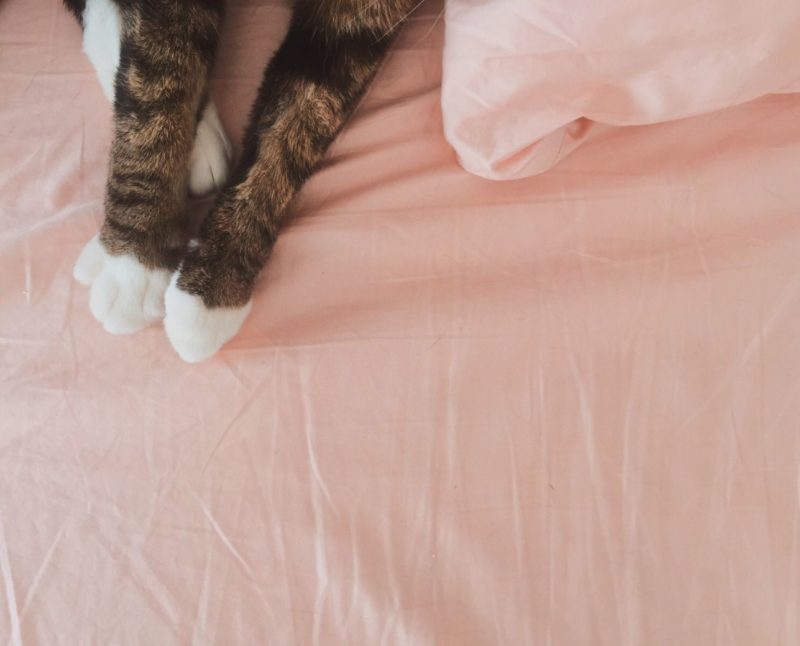 Kittens, as well as adult and senior cats, have the tendency to tip-tap around in circles on blankets and keep pressing the soft surfaces with their front paws — this very peculiar behavior reminds us of kneading dough. This dough kneading-like act occurs in cats only. Why do so many cats keep doing that?

Dough kneading is a behavior left after the times of being a tiny kitten dependent on its mother. Kittens keep pressing their mother’s stomach to consume her milk. Some cats grow out this behavior naturally, some we can unteach the dough kneading, and others keep doing is as seniors.

It’s a completely harmless behavior that actually adds to a cat’s charm!

Don’t we all get cripples when we’re trying to get our cat back to playing but it’s stuck in one spot, all stiff, watching something on the ceiling. But you really can’t see anything up there.

The truth is that cats (hopefully!) can’t see ghosts but it doesn’t change the fact that they still are able to notice much more than humans. Something that we considered as a ghost was possibly a teeny-tiny insect that appeared for a second and now your cat is waiting for it to magically reappear.

The Fear of Cucumbers Every cat lover is addicted to cats-related Facebook fan pages and hilarious YouTube videos. One of the most popular kinds of cat videos that have gone viral is… cats’ panic at the sight of a cucumber.

It’s not cucumber as a vegetable that scares cats. Such a strange-looking object placed behind them while they eat is an unpleasant surprise already. And what is more, it might also remind them of a snake or another natural enemy.

What makes us laugh so hard is actually harmful to our pets. We should help our cat avoid stressful situations, not cause them on purpose. Stress is a tremendous health damage factor that can even cut short your pet’s life!

Almost every evening, each cat owner is a witness of their cat storming through the apartment out of nowhere. Did the cat get frightened of something? Or is it chasing an ultrafast insect? Usually, the answer is no!

The reason for these unexpected aimless pursuits is accumulated energy that your cat had no proper opportunity to discharge for the whole day. It’s a popular problem among exclusively indoor cats. 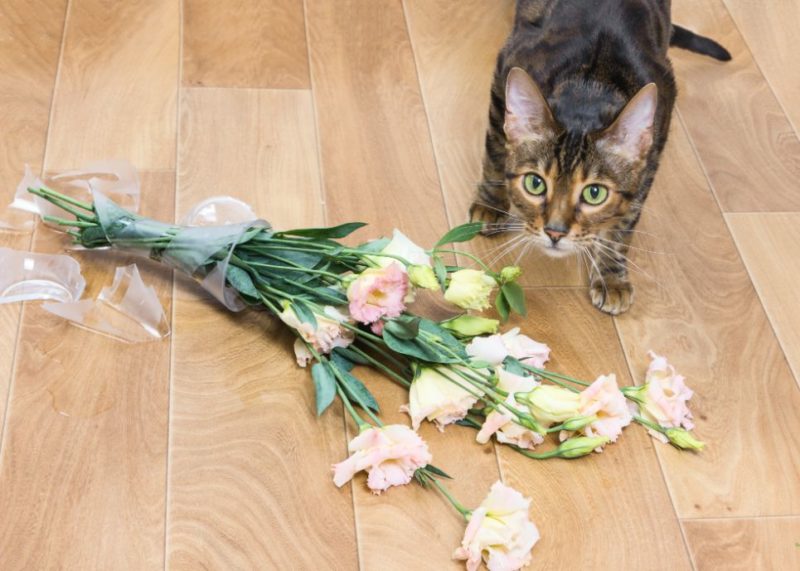 Broken glasses and mirrors, scratched furniture, torn curtains… Sounds like just another day with a typical, hyperactive cat? If only that was avoidable!

Happily, it actually is!

Cats are wreaking havoc around the house just because they’re bored. People are often getting cats thinking that they are 100%, self-efficient creatures. In fact, it’s a huge misconception. They need our company, as well — they need our attention, tenderness, and partners to play.

Put playing with your cat onto your morning and after-work schedule to show it your care and help it kill the tricky boredom!

Another popular and harmful misconception about cats is that they’re mischief. Cats are incapable of being malice or revengeful. Changes in their behavior and unacceptable acts such as peeing outside the litterbox or starting hiding in forbidden places (e.g., a closet with your expensive jumpers) are very important signs that we mustn’t neglect and just leave misinterpreted.

What we think is a cat’s mischievousness can be, in fact, a manifestation of territorial problems or severe health complications.

A cat won’t sit next to you and keep meowing until you understand what it’s trying to say. It will show you the problems through particular behaviors. Watch your cat very carefully and don’t ignore its hidden messages!