Who Is Shaquille O’Neal?

Shaquille Rashaun O’Neal is an American former professional basketball player who is currently a sports analyst on TNT’s television program, Inside the NBA. O’Neal is ranked among National Basketball Association (NBA)’s greatest basketball players of all time. Shaquille O’Neal was born on March 6, 1972, in Newark, New Jersey, to Joe Toney and Lucille O’Neal. O’Neal kicked off his professional basketball career in 1992 when he joined the Orlando Magic.

During his first week with his new club, O’Neal was named the Player of the Week. He became the first player in NBA’s history to earn the title within the first week of their professional career.

Shaquille played at the Orlando Magic for four years before leaving the club for the Los Angeles Lakers in 1996. He would later leave the Lakers in 2004 to join the Miami Heat, where he stayed for four years.

In 2008, O’Neal joined the Phoenix Stars and left a year later. Between 2009 and 2011, the legendary basketballer played for the Cleveland Cavaliers and Boston Celtics.

Throughout his career, O’Neal has won numerous awards and accolades, including:

As of June 1, 2021, Shaquille O’Neal was worth $420 million. He has earned much of his wealth from his successful career on the court. O’Neal may have retired from basketball years ago, but he still earns up to $60 million annually from endorsement deals and other personal business ventures.

The following is Shaq’s basketball salary over the years:

In addition to his 7-figure basketball salary, Shaquille O’Neal has also made millions from lucrative endorsement deals. Some of the brands that he has entered into endorsement contracts with include Pepsi, Reebok, The General Insurance, Gold Bond, Nestlé Crunch, and IcyHot.

b) Music and Big Screen Gigs

In 1993, Shaquille O’Neal released his debut rap album titled Shaq Diesel. The album was an instant hit and went on to become certified platinum. O’Neal still deejays and produces music under the name DIESEL, though his music career has since been overshadowed by his long and impressive career on the court.

The legendary basketballer has also featured in a number of films, including Kazamm and Blue Chips. His big-screen gigs also include appearing in several television shows, such as The Parkers and Curb Your Enthusiasm.

Additionally, O’Neal has made the cover of various video games, including NBA Live 96, NBA 2K7, NBA 2K6, NBA Inside Drive 2004, NBA Hoopz, and NBA Showtime: NBA on NBC. Some of his other media roles include starring in reality TV series, producing his own podcast, a short stint in professional wrestling, and commentating on NBA games.

Well, O’Neal probably earns a small fraction of his net worth from music and big screen gigs. But however much (or little) it is, it definitely adds to his overall net worth.

c) Real Estate and Other Ventures

Shaquille O’Neal has been an active trader in the real estate and stock market since the 90s. He has since invested in global brands like PepsiCo, General Electric, and Apple.

On March 22, 2019, it was announced that Shaquille O’Neal was set to join the Board of Directors at Papa Johns. In his new role, O’Neal was poised to earn $8.25 million in salary and stock, spread across three years.

Currently, he is investing as much as $840,000 to acquire a 30% stake of a Papa Johns’ franchise in Atlanta. O’Neal is also a member of Tout Industries, where he works on the advisory board for the San Francisco-based social video service company.

Other notable business ventures by Shaquille O’Neal include:

• Being a minority stakeholder in the Sacramento Kings,
• Investing in the San Francisco brokerage firm, Loyale3 Holdings Inc.,
• Investing in the eSports team, NRG Esports, and
• Owning the Krispy Kreme location in 195 Ponce-de-Leon Avenue Atlanta, as well as being the company’s global spokesperson.

In terms of real estate, Shaquille O’Neal has developed several projects in Newark, New Jersey. His property development initiative is a joint partnership with Boraie Development and some of the projects he has realized so far include One Riverview and CityPlex12. 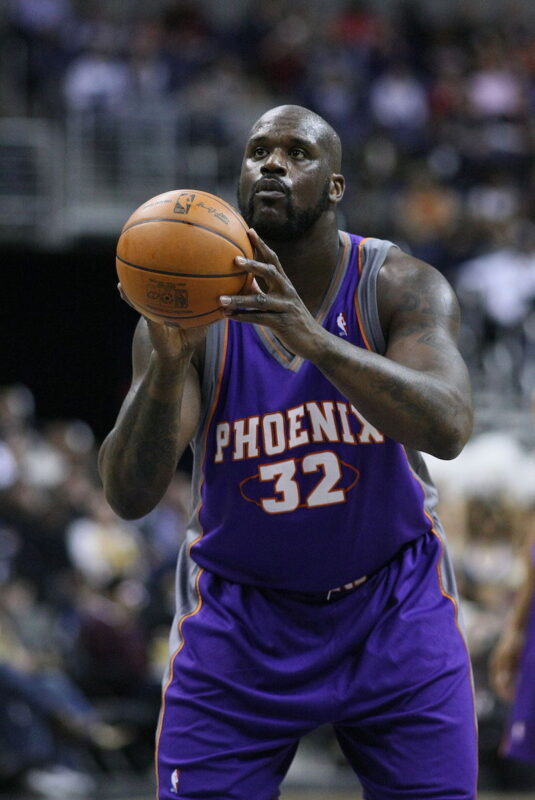 1. Save more money than you spend

Shaquille O’Neal became a millionaire more than two decades ago. However, he chose not to go on a spending spree and instead, invest his money in profitable ventures. Of course, he learned his lesson after blowing $1 million in under an hour during the early stages of his career.

O’Neal places the concept of family above everything else. When he got drafted into NBA, he spent his first millions treating his mom and stepdad.

3. Invest in ventures that give back to the community

Shaquille O’Neal doesn’t just take up profitable ventures, he also ensures that the investment is something that can change people’s lives. For instance, O’Neal was one of the early investors of the search engine, Google.

“Everything happens for a reason. I’m used to it, I prepare for it. Like I say, at the end of the day, those in charge of their own destiny are going to do what’s right for them and their family.”

“I’ve always been a leader. Every team I’ve played on, I’ve led my way.”

“Look up the word role in the dictionary and you’ll see it means playing a part. That’s why I call myself a real model.”

Shaquille O’Neal may have retired from professional basketball. But he is yet to retire from the scene and continues to make millions from his various off-court ventures.