It’s very rare that news of advances in orthodontia travel beyond professional journals and conferences to reach the ears of the general public.

This is despite the fact that quite a few Americans will undergo orthodontic treatment at some point in their lives. Some counts claim that between 25 and 50 percent of kids require orthodontics in some form.

One of the only orthodontic developments that have indeed become a topic of discussion is clear aligners, with longtime industry staple Invisalign being joined by a number of companies that now offer clear aligners for home delivery, including Byte, SmileDirectClub, Candid, SmileLove, and SnapCorrect.

In a way, it’s understandable that most people don’t follow orthodontic developments very closely. After all, the intricacies of such developments are often mired in industry jargon, making discussion daunting to anyone who doesn’t have a background in dentistry or orthodontia.

But whether we know it or not, many of us will be affected in some way by changes in orthodontic practice.

We’d like to change this, even if only slightly, by bringing your attention to a fascinating topic in contemporary orthodontia, with expert commentary and explanation from a professional who has been studying this topic in earnest for years. 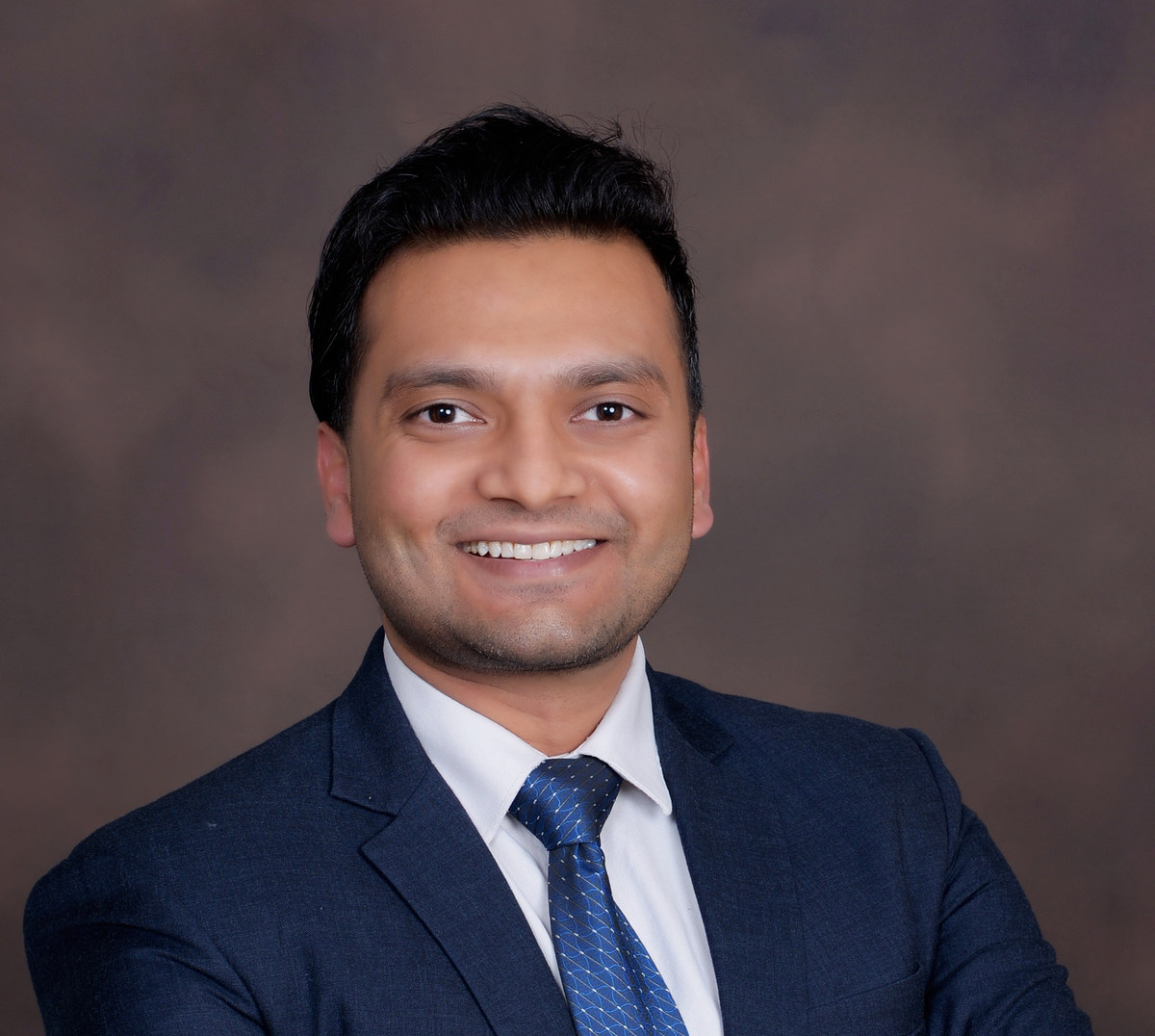 Dr. Shivam Mehta has treated more than 1,000 cases over the course of eight years. He has conducted research on a number of different orthodontic treatment methods and imaging technology, with over twenty-four publications in peer-reviewed journals, along with four grants, nine published abstracts, and ten scientific presentations given in collaboration with world-renowned researchers. His expertise has likely impacted thousands of people (if not more) around the world.

Over the past ten years, Dr. Mehta has been working extensively with different types of orthodontic expansion appliances, building a national reputation in MARPE, the acceleration of orthodontic tooth movement, craniofacial syndromes, and 3D imaging.

If you’re wondering what MARPE is, then you’re in luck. MARPE is going to be the center of our discussion today, with Dr. Mehta’s professional commentary on the subject and his perspectives on what this technology could mean for the future of orthodontia.

If you’ve ever had orthodontic work done, then you may already be familiar with expansion.

As Dr. Mehta explained to us, maxillary expansion is typically used to correct posterior crossbite, which is prevalent in roughly 8-23% of the population.

The traditional method of accomplishing this expansion is called rapid palatal expansion, or RPE. RPE is a tooth-anchored device that is activated by opening the expansion screw, which applies transverse force to the maxillary arch. 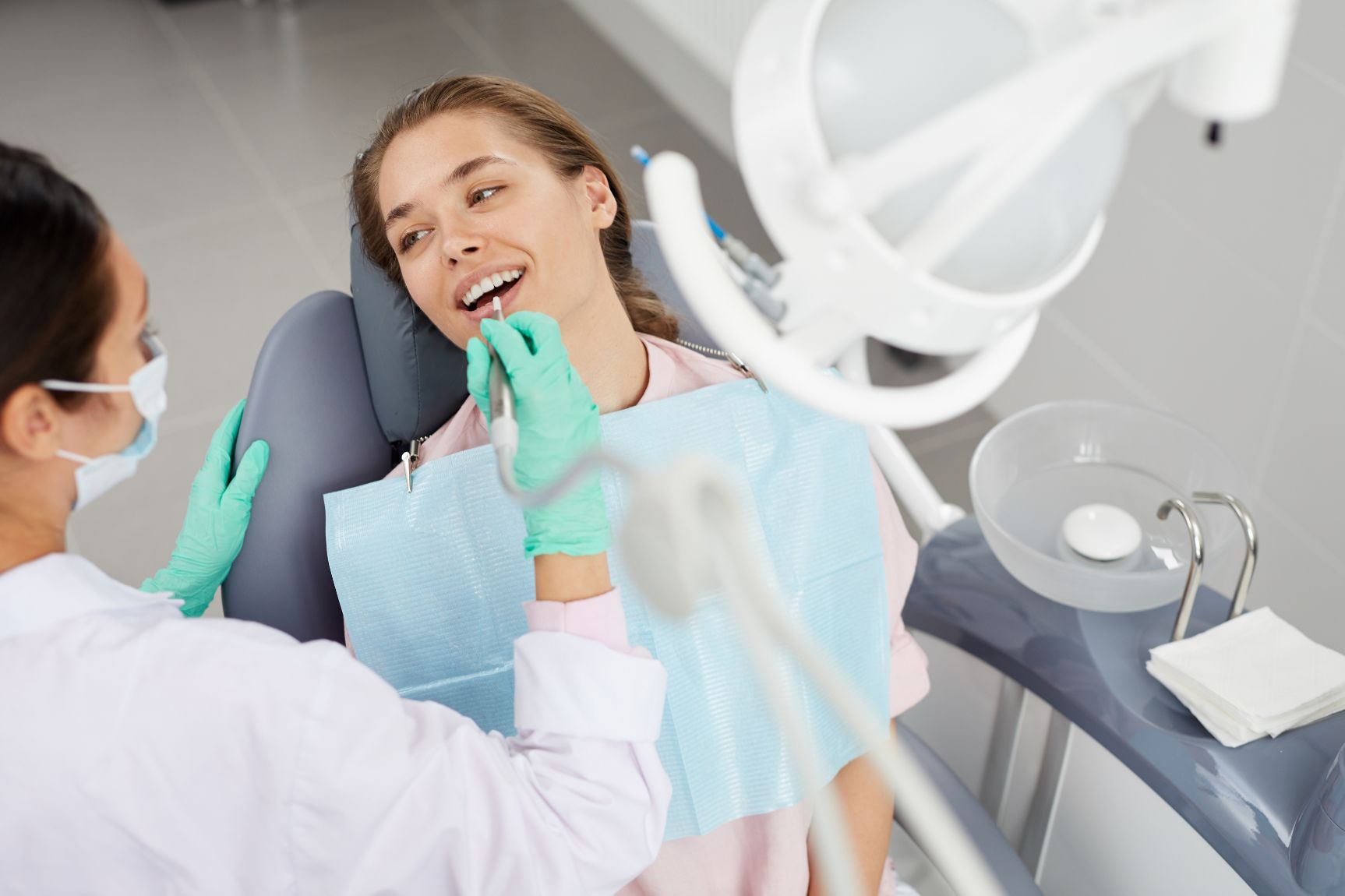 ‘Applying force’ may sound a bit crude to a layperson, but RPE has been an industry standard for quite a long time.

The problems come into play when we start to consider some of the common side effects of RPE, which can include molar tipping, root resorption, alveolar bone dehiscence, and dental relapse.

Some of these are quite serious issues that may subsequently require additional treatment, which is not appealing in the least to someone who is already paying large sums for orthodontic treatment.

But RPE is no longer the only game in town when it comes to expansion. Dr. Mehta has been very enthusiastic about another option that could represent a much better choice for certain patients.

“An alternative approach, introduced recently, is the mini-screw assisted rapid palatal expansion, AKA MARPE. MARPE appliances derive anchorage from mini-implants inserted into the palatal bone and are thus known as bone-anchored expansion appliances.”

So why is MARPE preferable to RPE? Well, the MARPE appliance uses palatal mini-implants to anchor itself to the bone.

This has the potential to result in a greater orthopedic expansion of the maxillary arch.

Dr. Mehta has been researching MARPE, and in particular, the long-term effects of MARPE, which is, of course, extremely important for any type of orthodontic treatment.

Dr. Mehta’s research has shown that MARPE appliances have the advantage of reducing the specific side effects of root resorption and the loss of alveolar bone.

The research also showed that MARPE can have positive long-lasting effects on airway volume, as Dr. Mehta told us:

“One of our pivotal research on airway and orthodontics was published recently in The Angle Orthodontist. Our research showed that both MARPE and RPE caused an increase in airway volume. However, only the changes achieved with MARPE were found to be stable over time in the long-term.”

That’s a big deal. Sleep-disordered breathing, which can include loud snoring and sleep apnea, has a potential connection with a narrow maxillary-arch.

In other words, MARPE could also present itself as a treatment option for limited airway volume. This is a possibility that Dr. Mehta is eager to continue researching in the near future. 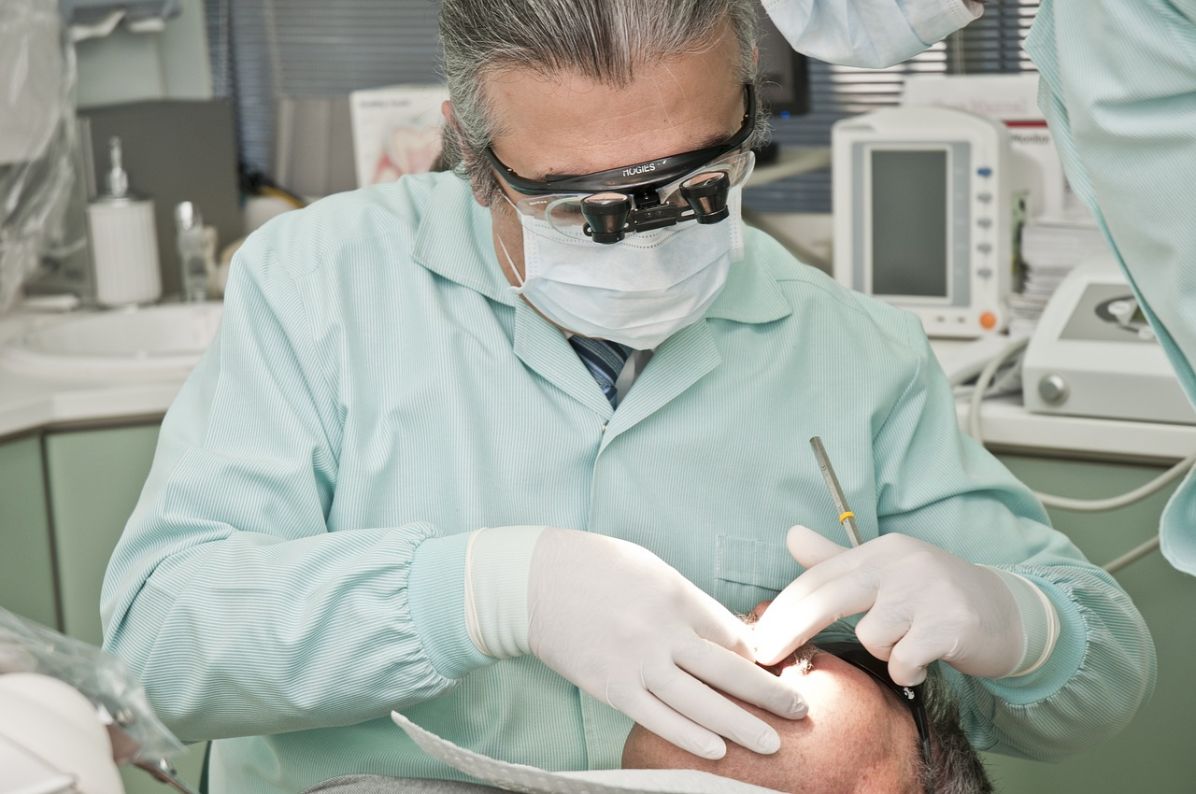 One very important note on MARPE that we should highlight is that this treatment method isn’t for everyone, and it’s not intended to be.

To be clear, MARPE is best suited to specific patients and specific conditions. It is also a very appealing option for many patients when compared to yet another expansion technique called surgically assisted rapid palatal expansion, or SARPE.

“The rate of successful application of MARPE appliances has been shown to be higher than 80%. A non-surgical option that can have fewer dental effects and more skeletal effects, such as MARPE, which can lead to higher stability, is more desirable. With the help of MARPE appliances, late adolescent patients can be treated effectively without undergoing surgery.”

Another reason for approaching wide-scale usage of MARPE with caution is that the technique, while undeniably exciting, is also still relatively new.

As with any kind of new technology, there are always going to be unforeseen issues, especially as they pertain to very long-term effects.

Mini-implants, which are crucial to MARPE, have already been well-established to be safe. However, Dr. Mehta mentioned that there have also been isolated reports of damage to neighboring tissue structures, although 3D imaging can help reduce the chance of encountering these issues.

Dr. Mehta’s research has taken care to address how MARPE can be executed safely and maximize the potential benefits.

“Our research has described in detail how to utilize CBCT for identifying the proper insertion site for mini-implants. The MARPE appliance utilizes palatal mini-implants, which can help in correcting the problems that could not be corrected with conventional orthodontics.”

Ultimately, this research is less about promoting a specific appliance or agenda and more about providing as much accurate information as possible.

The more information that orthodontia professionals have in their hands, the easier it is for them to review the measured and recorded advantages and drawbacks of any particular treatment option.

“My main goal with the research on long-term follow-up with a MARPE appliance is to further our knowledge on the effects of different expansion strategies and help clinicians make informed decisions in selecting the appropriate expansion appliance for their patients.”

At the end of the day, each patient, that is, each of us has our own physiological quirks and specific health restrictions and requirements.

To make a comparison to another healthcare scenario, if a patient comes to their doctor with a specific illness, the doctor can’t simply prescribe the standard treatment option and leave it at that.

Personalized care is extremely important for safety and recovery. A patient’s medical history, allergies, and many other details are crucial when creating a treatment plan.

It’s the same when an orthodontist approaches the treatment of a patient with a posterior crossbite.

There is no one-size-fits-all solution, and that’s a good thing.

Educating the market, improving lives around the world 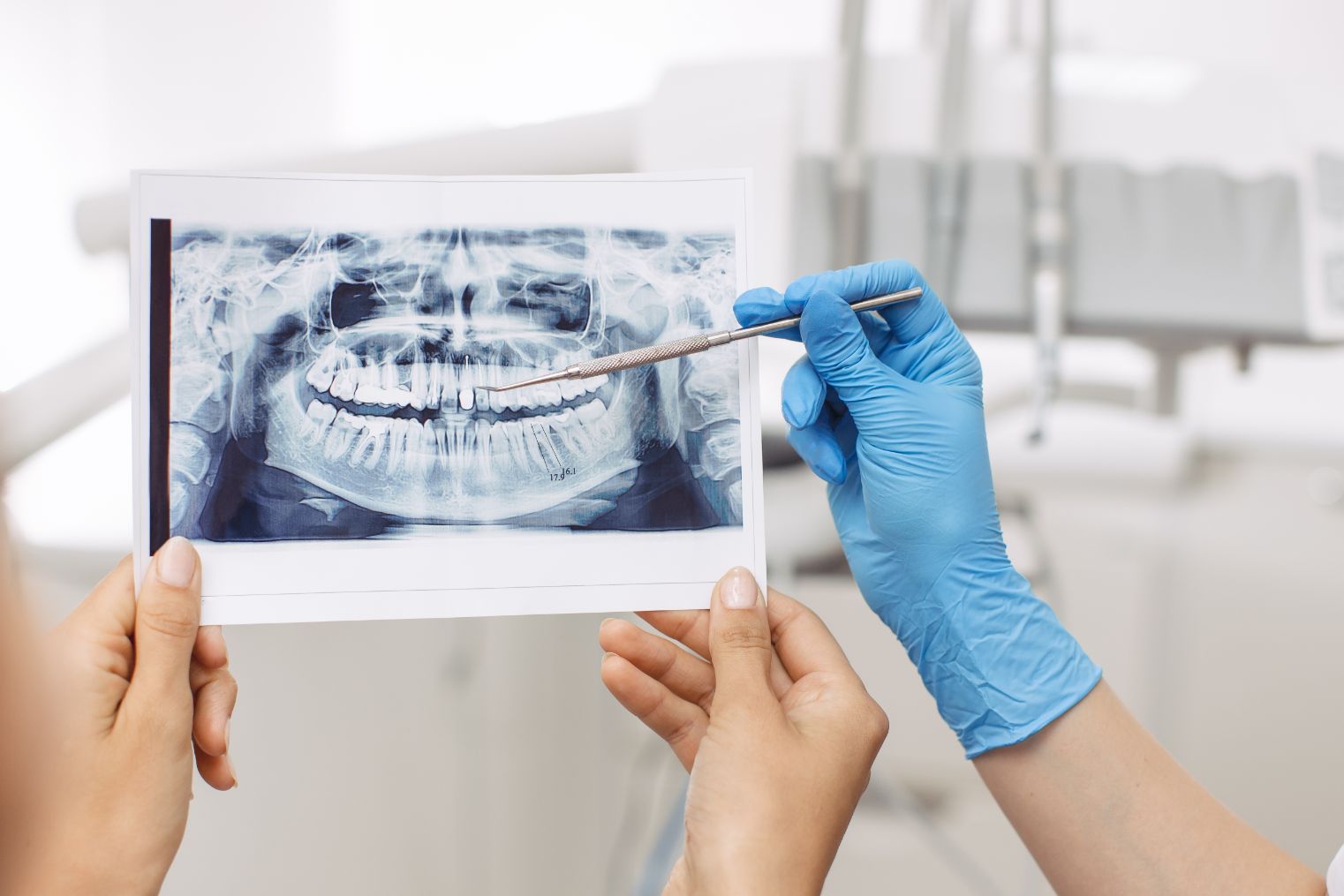 We understand that the specifics of orthodontic treatment can be very technical, and there may be many readers out there who would prefer not to confront thoughts of this kind of treatment until it’s necessary for them personally.

But part of removing the stigma surrounding both dental work and orthodontic work among the general public is to keep members of the public informed about changes in current treatment methodologies.

When people understand what the options are and the reasons behind the choices of their orthodontist, the process of correcting problems and helping people live happier, healthier lives becomes that much easier.

Most importantly, if you happen to have questions about possible orthodontic treatment for yourself or for a loved one, it’s always a good idea to speak with an orthodontist directly.

You’ll find that many orthodontists will be happy to provide a consultation and share as much information with you as possible.

But for our part, we’d like to acknowledge and thank researchers like Dr. Mehta for continuing to pursue relevant information that can help patients get the care they need, both now and in the future.