Storytime is a powerful gift you can give your children. Tales of adventures, cute animals, and friends teach kids empathy, equality, and thinking outside of the box. This is also a special bonding experience for only you and Junior, among other benefits. Since times are busy these days, short bedtime stories will still give your child a valuable lesson and quality time with you.

Pick the moral lesson you want to share and enjoy the story!

The Golden Touch of Midas

A king named Midas did a good deed and the god Dionysus offered him one wish. Midas asked that whatever he touched would turn to gold.

Excited about his newly-earned powers, Midas started touching all kinds of things, turning them into pure gold. But when Midas became hungry, the food he touched became gold and he couldn’t eat.

Hungry, Midas groaned, “I’ll starve!” Seeing his dismay, Midas’ beloved daughter threw her arms around him to comfort him, and she turned to gold. “The golden touch is no blessing,” Midas cried. 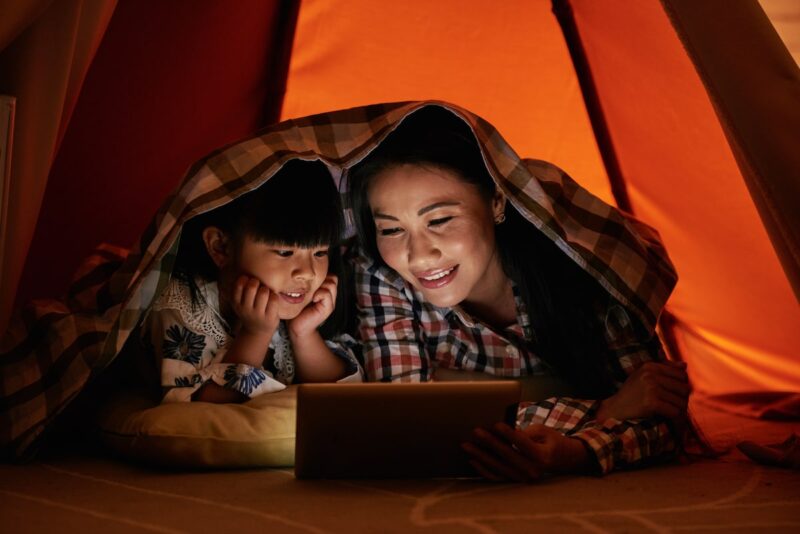 The Rose and the Cactus

Once there was a rose in a desert. She was proud of her beautiful looks and her only complaint was growing next to an ugly cactus. Every day, the rose mocked the cactus about his looks.

One scorching summer, the desert became dry, and there was no water left for the plants. The rose quickly began to wilt. Her beautiful petals dried up, losing their lush color.

3. Acting Before You Think

A farmer had a goose that laid one golden egg every day. This made the farmer happy for a long time. But, one day, the farmer thought to himself, “Why should I take just one egg a day? Why can’t I take them all at once and make a lot of money?”

The next day, the farmer killed the goose and cut its stomach open, hoping to find lots of golden eggs. The only thing he found was guts and blood. The farmer realized his mistake and cried. As the days went on, the farmer became poorer and poorer.

Asha was getting frustrated with life, so she asked her father what to do. He told her to bring an egg, two tea leaves, and a potato. He then boiled them. After 10 minutes, he asked Asha to peel the egg, peel the potato, and strain the leaves.

Her father explained, “Each item was placed into the same circumstance, boiling water. See how each responded differently? The egg was soft but is now hard. The potato was hard but is now soft. And the tea leaves, they changed the water itself.”

The father then asked, “When adversity calls, we respond in the same manner as they have. Now, are you an egg, a potato, or tea leaves?” 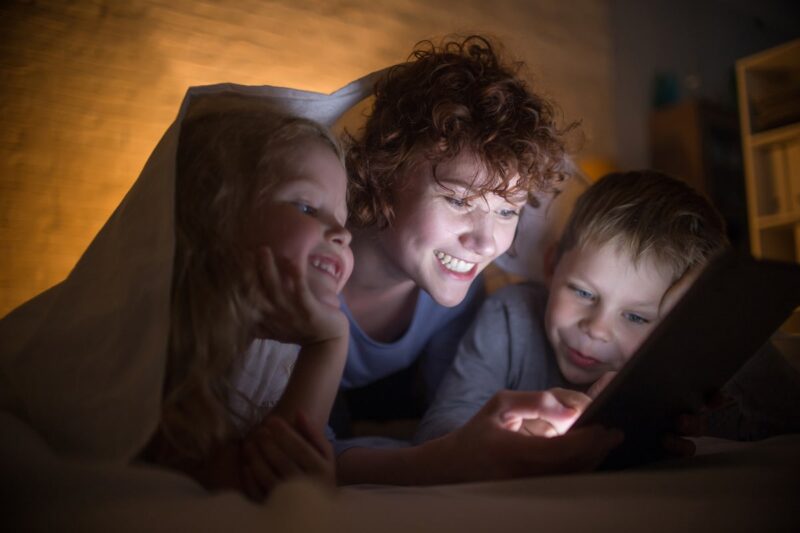 The Boy and the Glass of Milk

A poor boy sold newspapers to pay for school. One day, he started to feel weak from hunger. The boy asked for food but was denied every time until he reached the door of a girl. He asked for a glass of water, but seeing his poor state, the girl came back with a glass of milk. The boy asked how much he owed but she refused payment.

Years later, the girl, now grown, fell sick. She went from doctor to doctor, but no one was able to cure her. Finally, she went to the best doctor in town. The doctor spent months treating her until she was finally cured. Despite her happiness, she was afraid she couldn’t afford to pay the bill. But, when she got the bill, it read, ‘Paid in full, with a glass of milk.’

One autumn day, ants were busy drying out the grain they had stored up during the summer when a starving grasshopper came up. With his fiddle under his arm, the grasshopper begged for a bite to eat.

“What!” cried the ants, “Haven’t you stored any food for the winter? What did you do all summer?”

“I was too busy making music that the summer flew by,” said the grasshopper.

The ants shrugged their shoulders and said, “Making music? Very well, now dance!” The ants then turned their backs on the grasshopper and returned to work.

One day, two friends were walking through the forest. They knew the forest was a dangerous place. So, they promised to remain close to each other in case of any danger. But when a big bear appeared, one boy quickly climbed a tree, leaving his friend behind.

The other friend did not know how to climb, and instead, pretended to be dead. The bear smelled his ear and wandered off.

The friend who hid in the tree came down. He asked, “What secret did the bear whisper to you?” The friend replied, “The bear told me never to believe a false friend.”

8. Perseverance is Better than Overconfidence 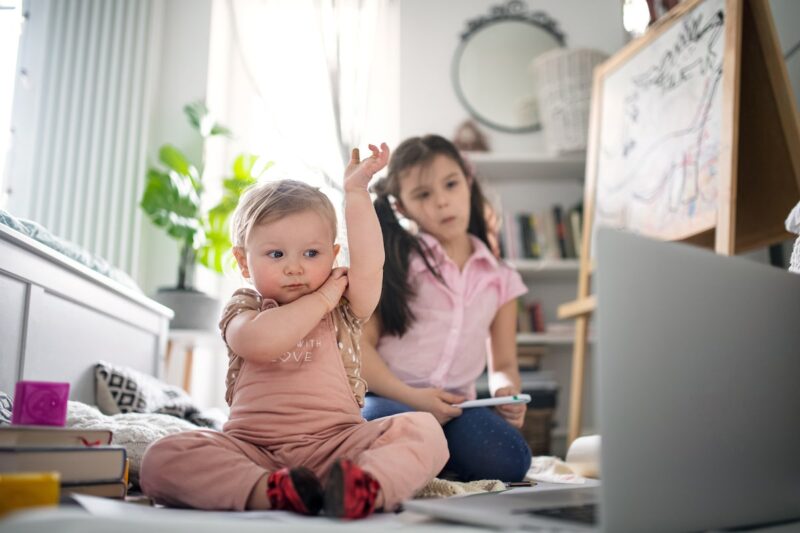 The Tortoise and the Hare

There was once a hare who was friends with a tortoise. One day, he challenged the tortoise to a race.

9. Every Problem has a Solution

After flying a long distance, a thirsty crow was searched for water in a forest. He saw a pot half-filled with water. He tried to drink from it but his beak wasn’t long enough to reach the water inside.

Then he saw pebbles on the ground and one by one, he put them in the pot until the water rose to the brim. The crow then drank the water and quenched his thirst.

10. No Excuses for Hard Work

The Fox and the Grapes

A hungry fox stumbled upon a vineyard. After seeing juicy grapes hanging in a bunch, the fox jumped to reach them. But no matter how high he jumped, he failed. So he told himself that it was probably sour and left. That night, he had to sleep on an empty stomach. 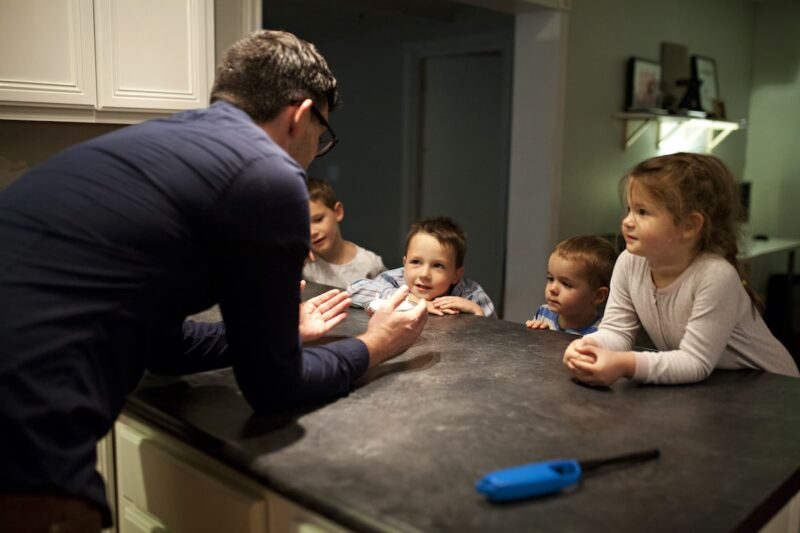 The Boy Who Cried Wolf

There was once a shepherd boy who got bored while watching sheep. He decided to play a trick and cried “wolf! wolf!”. The people who heard rushed over to help him. But they were disappointed when they saw no wolf and the boy laughing at them.

The next day, he did it again and people rushed to his aid only to be laughed at. On the third day, the boy saw a wolf devouring one of his sheep and cried for help. But the people who heard him thought it was another of the boy’s pranks. No one came to help him.

12. A Happy Home is Better than a Mansion

The Bird and the Tortoise

One day, a tortoise mocked a bird. “What a shabby home you have! It is made of broken twigs and you had to build it yourself. You must be so jealous of my house, which is my shell.”

“On the contrary”, the bird replied. “My home has space for my family and friends; your shell cannot accommodate anyone other than you. Maybe you have a better house. But I have a better home.” The Tiger and the Cows

Four cows lived in a forest near a meadow. They were good friends. Because they grazed together no tiger could kill them for food.

But one day, the friends fought and each cow went to graze in a different direction. A tiger saw this and killed the cows, one by one.

A man came back from a tour and boasted about his adventurous journeys. He talked at length about his amazing feats that got him fame and praise from people everywhere. He went on to say that he went to the Rhodes where he had leapt such distances that no man could ever match his feat.

A smart bystander said, “Imagine this place to be Rhodes and leap for us”. The lying traveller didn’t know what to do and went away quietly.

15. Judging Others for Mistakes We Make

The Wolf and the Shepherd

One day a wolf was chased away for trying to steal a sheep for food. Later that week, the wolf came back to the farm hoping to find some food. He peeped inside the house and found the farmer feasting on lamb roast.

Related  What Is Analysis Paralysis And How Can You Stop It?

“Aha!”, he thought. “If I were to do the same thing that the farmer and his family are doing now, I would be killed for killing a weak, innocent lamb.”

16. Don’t Put High Expectations on Others 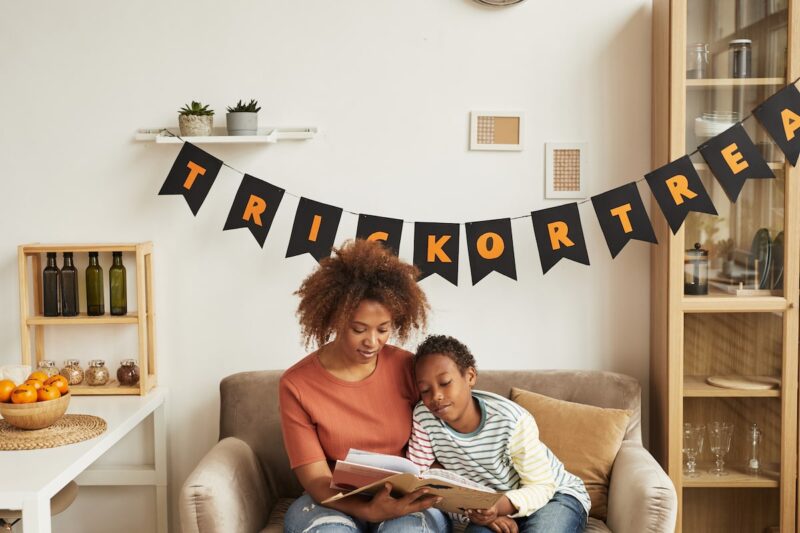 His mom got up to show him how but realized she could only go sideways too. Grasping that she was being unfair, she apologized.

17. Listen to Your Elders

The Puppy and the Well

A mother dog once told her pups not to go near a well. One puppy disobeyed and peeked inside the well. He saw his own reflection and thought it was another dog.

He decided to fight his reflection and jumped into the well. Finding no dog, he barked and swam until he was rescued. The pup had learned his lesson.

18. Don’t Judge Those Who are Smaller

The Mouse and the Lion

A lion was once sleeping in the jungle when a mouse started running up and down his body for fun. This disturbed the lion’s sleep, and he became angry. He was about to eat the mouse when the mouse said, “If you let me go, I will be of great help to you someday.” The lion laughed but let him go.

One day, hunters captured the lion. They tied him up against a tree. The lion couldn’t free himself. Soon, the mouse walked past and noticed the lion’s troubles. Quickly, he ran and gnawed on the ropes and set the lion free. 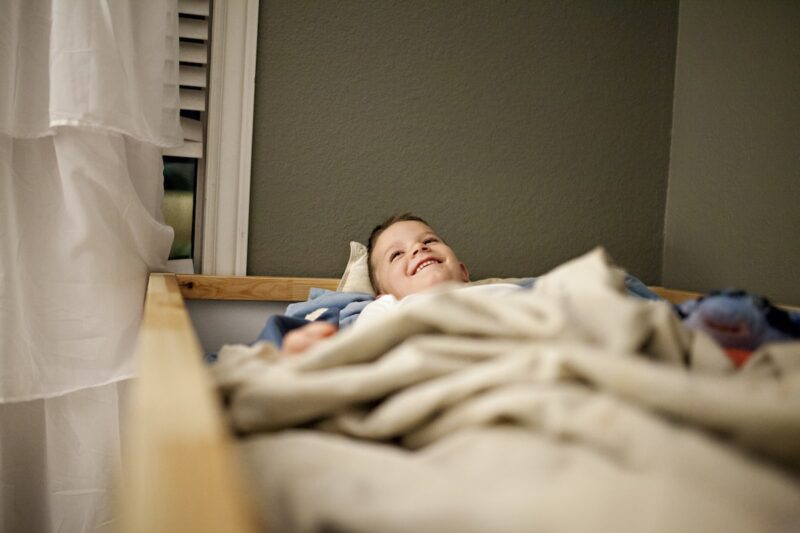 Nasir, a small boy, found a crystal ball in his garden. A tree told him that it would grant him a wish. He couldn’t decide on what he wanted, so he kept the ball in a bag.

Then his best friend stole the crystal ball and showed everyone in the village. They all asked for palaces and riches, but could not make more than one wish. In the end, everyone was angry because no one could have everything they wanted.

They became very unhappy and decided to ask Nasir for help. Nasir wished that everything would go back to how it was before the villagers had tried to satisfy their greed. The palaces and gold vanished and the villagers became happy and content.

Once upon a time, a hard-working woodcutter lost his axe in a river. He sat at the bank of the river and wept. The god of the river arose and asked him what happened. The woodcutter told him the story. The god offered to help by looking for his axe.

The god was impressed with the woodcutter’s honesty and gifted him both the golden and silver axes.