Men aren’t very good at concealing their emotions. That’s fundamentally a ladies’ domain. Which explains why, in an ideal relationship, it’s usually the lady that plays hard to get.

It shouldn’t be difficult to establish whether a man you’re so deeply in love with is actually interested in pursuing a serious romantic relationship with you or not. You only need to step back and watch out for certain red flags.

Note that when a man is not into you, he may attempt to act in a gentlemanly manner, ostensibly to avoid hurting your feelings. He may even address you using endearing terms like “cutie” or sexy.” This could mean that he somewhat likes you, only that he isn’t keen in investing further in the relationship. The good news is, he can only put on an act for so long.

If you’re diligent enough, you should be able to pick a couple of hints that suggest a man is not into you. We’ve rounded up 17 top tell-tale signs that indicate he doesn’t want to commit to a relationship with you, even if he may actually like you.

1. He Doesn’t Try To Get To Know You More 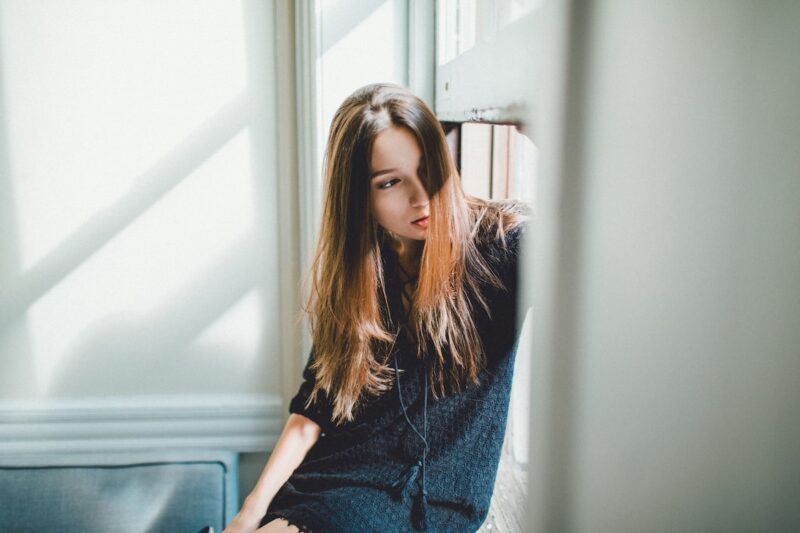 The first sign that a guy is not interested in pursuing a serious romantic relationship with you is if he shows ZERO interest in getting to know you more.

This is the surest indication that he either plans to keep the relationship casual or is simply looking for an exit plan.

According to relationship experts, rebound relationships are some of the most unsustainable relationships ever. In fact, people who marry on the rebound almost always divorce within their first year into the marriage.

A guy who just got out of a serious relationship may not be interested in you at all. Instead, he might simply be looking for a quick way to fill the void left by their now-estranged partner.

Related  How Age and Sex Affect Driving Abilities Might Shock You

Effective communication is instrumental in sustaining and nurturing romantic relationships (or any other relationships for that matter).

If a guy continually blows hot and cold in his communications with you, calling or texting you incessantly one day and then going completely mute the following day, then the chances are that he’s not into you.

4. You’re The One Initiating All the Plans 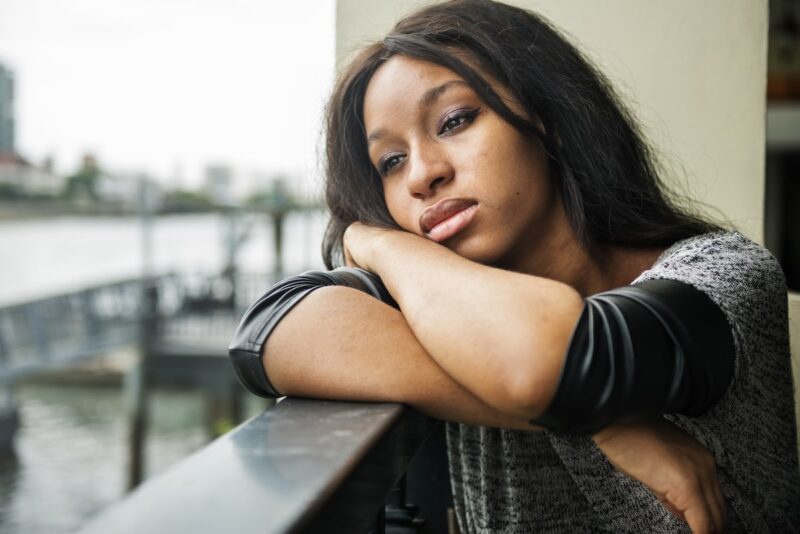 So, if you find that you’re usually the one initiating the text messages or suggesting going on a date, then he’s probably taking you for granted. At no given time should you feel like you’re investing more into the relationship than he is.

5. He Only Texts You

Every lady loves those romantic “good morning” or “good night” text messages. But communication in a serious relationship goes beyond mere texting. It’s okay if he only texts you while he’s at work. However, he should be able to call you just as often as he texts.

6. He’s Only There When He Needs Something

He never calls or texts to invite you anywhere. He rarely calls or texts to just check up on you. Instead, he only calls you when he wants to get laid or borrow a few dollars to “sort out a financial emergency.”

That’s a clear red flag that he’s not interested in investing further in the relationship. If you allow him to continue, he’ll keep on extracting value and positive energy from you, leaving you emotionally drained.

Some men only call you when they’re seeking sexual or financial favors. Others will call you frequently enough. But their conversations will usually revolve around getting into your pants. Both kinds of men have one thing in common – they’re only seeking out a casual friendship.

The moment you allow him into the cookie jar (if you’ve not already done it), he will eat from it and then disappear from your life like he never existed. Or if he’s shameless enough, he’ll only reappear the next time he wants another piece of you.

Related  15 Traits Every Woman Wants In a Man

8. Giving Unreasonable Excuses to Avoid You 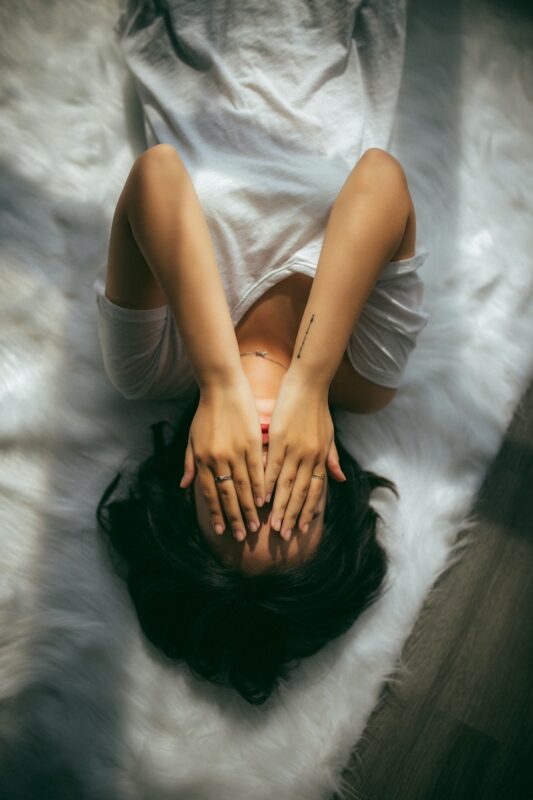 You’ve always been close, hanging out together and checking on each other a couple of times a day. But suddenly, he’s giving unreasonable excuses to avoid you. All requests to pay him a visit are met with ruthless rejection.

Worse yet, you’re living in the same neighborhood but he’s doing everything in his capacity to avoid you running into each other. There can never be a better indication that a guy is not interested in you.

This is common among relationship partners already living together. You’ll realize that he no longer wants to get involved in your life. He used to commend your dress code, make-up style, and cooking.

But nowadays, he’s acting indifferent to any clothing that you put on or food that you cook. He might even start to criticize everything you do. It’s a clear indication that he’s grown out of love with you and it’s probably time for the two of you to go your separate ways.

Have you noticed that he’s always distracted whenever you’re hanging out together? Is his phone taking so much of his attention that you end up repeating yourself when having a conversation?

This is another tell-tale sign that he’s not interested in a relationship with you. If you care to find out, you may discover that he’s actually flirting with other women while pretending to be giving you attention.

11. He Has Outspoken Rules to Limit Your Involvement in the Relationship

He seems to like you and somewhat takes care of most of your emotional needs. But he has outspoken rules on what you can and cannot do.

For instance, his bedroom is out of bounds. He also doesn’t take kindly discussing intimate relationship issues. That, right there, is a sign he doesn’t want to commit to the relationship.

12. He Compares You With Other Women 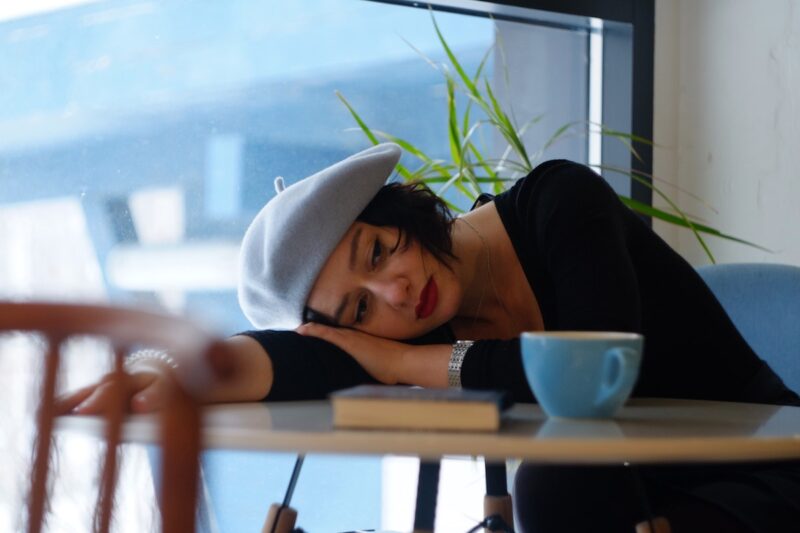 If a man is truly in love with you, he’ll never compare you to other women. Instead, he’ll accept your shortcomings while contributing towards making you become a better person.

So, beware of a man who is ready to rope in other women in every little mistake that you make. This is an unfortunate attempt to vilify you just for being a woman.

13. He Still Carries Baggage From His Past Relationships

This is common among men on a rebound relationship. You’ll realize that he constantly brings up the issue of his ex, either in a good or bad way.

The good news is that you can try to change him. But if he’s still in touch with his ex, as is the case when sharing custody of kids, then it may only be a matter of time before they get back together.

Related  7 Small Car Repairs You Can Do To Save Money

14. He’s Expressing Love to Girls on Social Media Instead Of You

Your romantic social media posts go unnoticed by him. Not because he’s not active on social media, but that he’s busy showing attention to posts by other girls.

If he’s ignoring you but busy liking and commenting on other women’s posts, the chances are that he might actually be flirting with these women in their inboxes.

15. He Doesn’t Want To Meet Your Family and Friends Have you been bugging him to come meet your parents but he keeps making up excuses to postpone? Does he prefer meeting you alone and not in the company of your friends?

Well, these are tell-tale signs of a guy who doesn’t want to commit in a relationship. Besides avoiding meeting your family and friends, he may also try to prevent you from meeting his.

16. He’s Always Looking For an Opportunity to Disagree With You

Beware of a guy who picks on you at the slightest opportunity he can find, particularly one who blows every minor situation out of proportion. You forget to switch off the lights while heading to work in the morning and the next thing you know, he’s calling you and yelling as if the house is on fire.

Note – his real issue isn’t the lights you left on. He just wants you to be fed up with the relationship so you can leave of your own volition.

Last but not least, a guy who’s not interested in you will try to be unreasonably secretive. He may block you from accessing his phone and laptop or excuse himself to pick a call.

He could also go out without letting you know and not take it lightly when you call him to find out about his whereabouts. Worse yet, he could lock you out completely out of his long-term plans. 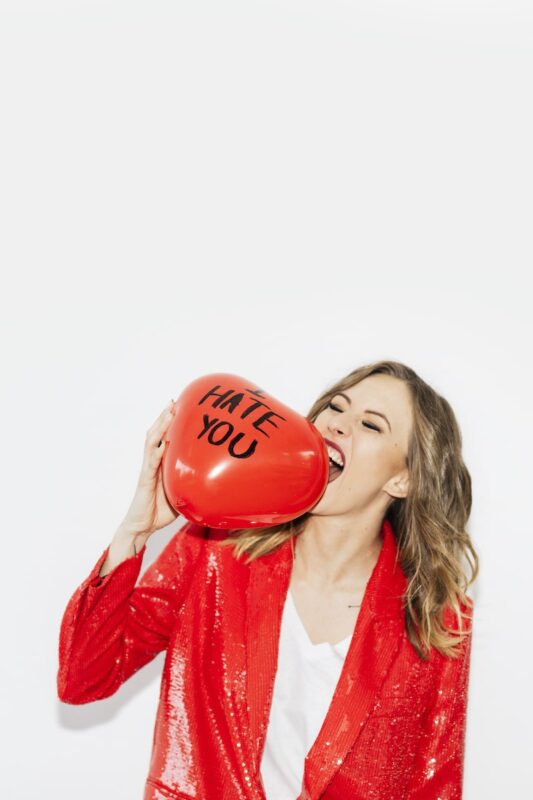 Evidently, there are several hints to tell whether a guy is into you or not. As you might have gathered, most of these signs are usually hidden in plain sight.