Who Is Soulja Boy?

Soulja Boy is considered as one of the most talented and wealthiest rappers in the world. He made the Forbes’ list of Hip-Hop Cash Kings of 2010, after raking in $7 million that year from his music and other pursuits.

Soulja Boy was born on July 28, 1990, in Chicago, Illinois, to Tracy Way and Lisa Way. He developed an interest in rap music at the tender age of six. He moved from his birthplace in Chicago to Atlanta, and later to Batesville, Mississippi, where his father provided him with a recording studio so he could pursue his musical dreams.

As an artist, Soulja Boy broke onto the limelight after releasing his debut single in 2007, titled Crank That (Soulja Boy). Initially, the song was self-published to the internet before peaking at the number one spot on the U.S Billboard Hot 100, where it stayed for seven weeks on end.

Following the success of his first single, Soulja Boy released his debut album in the same year, titled Unsigned and Still Major: Da Album before Da Album. He followed with another album a few months later, Souljaboytellem.com. The rapper has since released fifteen more studio albums, including The DeAndre Way in 2010, Loyalty in 2015, and Fuego in 2019.

As of August 1, 2021, Soulja Boy had a net worth of $30 million. Soulja Boy is one of the highest-earning rappers on the planet. In 2012, he earned more than $7 million from album sales and other engagements. A huge chunk of his wealth comes from music-related endeavors, including album sales, touring, and record production.

As a record producer, Soulja Boy is credited for producing his own music as well as records for other artists. He undertakes most of his production work using the digital audio workstation at the FL Studio. In 2009, he produced the single Get Silly by V.I.C, which has since been certified gold. He also produced the single Marco Polo by Bow Wow and Yasss Bish by Nicki Minaj.

Soulja Boy owns a home in Agoura Hills on the outskirts of Los Angeles, California. He previously owned a home in McDonough, Georgia, but sold the property in 2010.

3. Soulja Boy’s Earnings from Other Ventures

Soulja Boy has also involved himself in acting and fashion design. On January 7, 2009, the rapper announced plans to release his own cartoon known as Soulja Boy: The Animated Series. One episode of the cartoon has been released so far.

On October 18 2011, he released a documentary about himself called Soulja Boy: The Movie. The film was released direct-to-video and contains live performances, interviews with his father, among other details.

In fashion design, Soulja Boy released his official line called S.O.D clothing on March 5, 2008. The same year, the rapper unveiled his own brand of the shoe line Yums.

The artist is also associated with the clothing line Ocean Gang, which he launched on February 14, 2012 with popular fashion designer D. Young. Several months later, Soulja Boy created and released yet another clothing line known as BLVD. Supply.

In addition to acting and fashion design, Soulja Boy has also released a couple of videogame consoles. He started with SouljaGame in December 2018. The same month, he announced the release of two more videogame consoles, namely Retro SouljaBoy Mini and the SouljaGame Fuze.

However, Soulja Boy’s console project didn’t quite take off as planned amidst a looming legal battle with Nintendo. 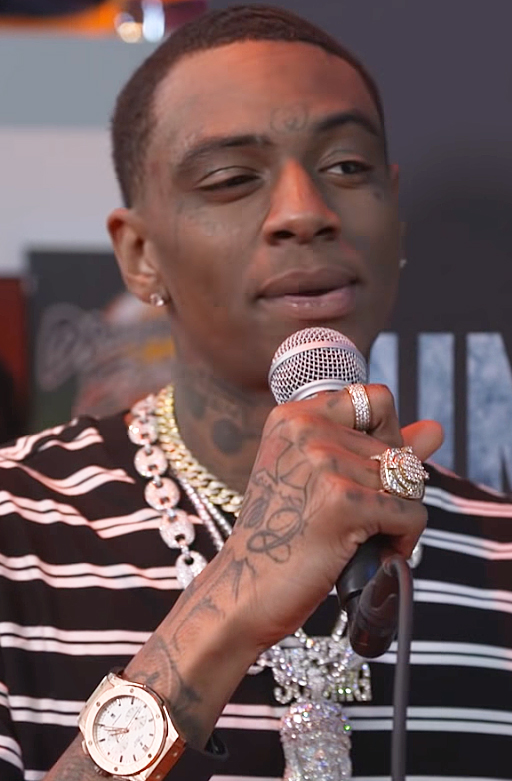 1. It’s never too early to begin

Soulja Boy developed an interest in rap music at the age of six. When he was fourteen, his father provided him with a recording studio so he could pursue his musical dreams and Soulja Boy didn’t hesitate to grab the opportunity.

The rap industry, like many other industries, can often be unpredictable. You must be consistent to remain relevant. Soulja Boy understands this valuable success lesson, which is why he has released at least one album annually from 2013.

3. Use bad publicity in your favor

Soulja Boy has had some high-profile beef with fellow rappers like Bow Wow and Chief Keef. It’s amazing how he has been able to turn around these controversies into his favor.

“If I’m doing something it’s coming from a kind heart.”

“If I’m going to make music for the streets or the clubs or whatever, I go at it with 110 percent.”

“My first single I was nominated for a Grammy with ‘Crank That,’ and I lost a Grammy to Kanye West, but it was still such a big deal for me to be nominated anyway.”

“The Internet had been a BIG help with my career. My advice to musicians, the Internet is the key. It gets your music heard all across the world.”

“Words are powerful. When I make mistakes I just try to come back and clarify what I meant.”

Soulja Boy may not have been in the rap industry for a very long time. But he has already earned his place among the most talented rappers the world has ever known. His talents and hard work reflect positively in his bank accounts.