Who Is Steven Spielberg?

Steven Allan Spielberg is an American filmmaker, television director and producer, actor, and entrepreneur. Spielberg is considered one of the most accomplished film directors in history.

Although he kicked off his filmmaking career in the early 60s, it was not until the mid-70s that Spielberg became a household name in Hollywood. The legendary filmmaker rose to international fame after directing the 1975 blockbuster Jaws. He gained wider recognition after directing subsequent box office hits over the next decade, including Close Encounters of the Third Kind (1977), E.T. the Extra-Terrestrial (1982), and various films in the Indiana Jones film series.

Spielberg is also noted for directing The Color Purple (1985) and Empire of the Sun (1987). He then took a brief hiatus and returned to filmmaking in 1993 by directing the films Jurassic Park and Schindler’s List.

Steven Spielberg was born on December 18, 1946, in Cincinnati, Ohio, to Arnold Spielberg and Leah Posner. His father was an electrical engineer, whereas his mother was a restaurateur and concert pianist.

Spielberg made his first home movie at the age of 12. At the age of 13, he made a 40-minute war film titled Escape to Nowhere, which starred some of his school classmates.

In 1963, Steven Spielberg wrote and directed his first independent film, a science fiction adventure titled Firelight. In 1969, he landed his first professional job as a director for the pilot episode of Night Gallery. He went on to direct a number of television films in the early 70s, including Duel (1971), Something Evil (1972), and Savage (1973).

Spielberg’s breakthrough came in 1975 after he directed the horror-thriller Jaws. The film was both a commercial and critical success. It grossed over $470 million worldwide and won three Academy Awards in various categories.

After directing Indiana Jones and the Last Crusade, Steven Spielberg took a two-year hiatus. He later returned to filmmaking in 1991 by directing Hook. In 1993, Spielberg directed to Hollywood blockbusters Jurassic Park and Schindler’s List.

The following are other notable films that Steven Spielberg has directed over the years:

Besides film directing, Seven Spielberg has also produced numerous movies over the years. He began his producing career in the 1985 film Back to the Future.

Other major films and television series that Spielberg has produced include:

Steven Spielberg has won 67 awards over the course of his filmmaking career. That includes 34 Academy Awards, 22 BAFTA Awards, and 11 Golden Globe Awards. 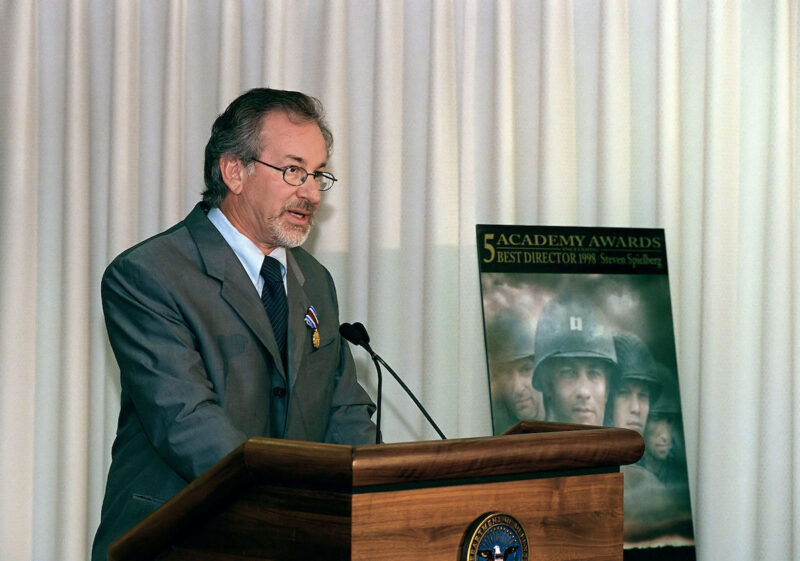 As of April 1, 2021, Steven Spielberg had a net worth of $7.5 billion. Spielberg is considered the second-richest person in the entertainment industry, behind fellow filmmaker George Lucas who has a net worth of $10 billion.

As you may have gathered by now, Spielberg’s billion-dollar empire is courtesy of his decorated filmmaking career. Some of Steven Spielberg’s most commercially successful movies include:

In terms of individual earnings, the Jurassic Park film series remains Spielberg’s highest income-earner. Spielberg earned $250 million in salary and backend points from the first instalment of Jurassic Park. He subsequently earned $150 million and $75 million from the movie’s second and third installments, respectively.

Steven Spielberg is known for his long-time collaboration with composer John Williams, production designer Rick Carter, and filmmaker George Lucas, to mention but a few.

2. Be a smart negotiator

Spielberg is known to accept relatively low upfront movie salaries in exchange for huge backend points. This approach has seen him earn as much as ten times what he would have made if he focused on base salaries. A case in point is the 1993 Jurassic Park, where he earned a whopping $250 million.

Steven Spielberg has repeatedly claimed that money isn’t his biggest motivator. He once said, ‘I’m not really interested in making money.’ Spielberg is also noted for declining a salary for Schindler’s List, arguing that any money earned from the movie was blood money. 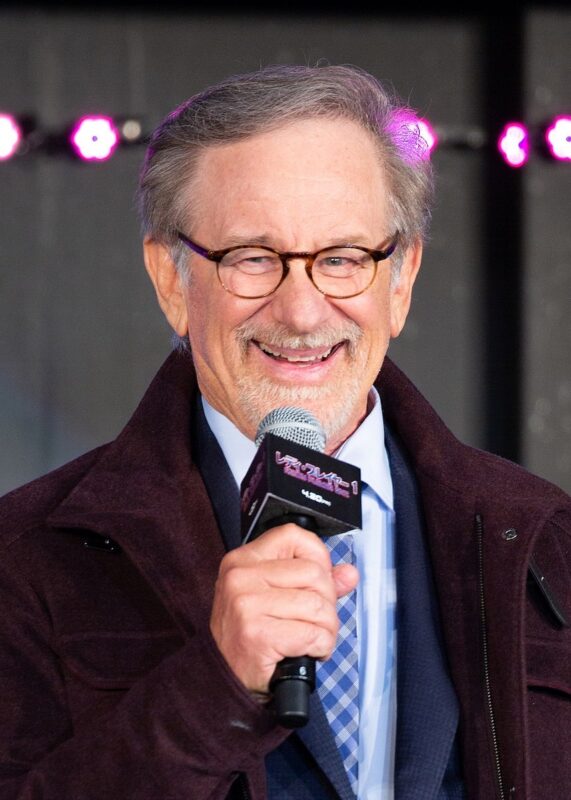 “All of us every single year, we’re a different person. I don’t think we’re the same person all our lives.”

“Every time I go to a movie, it’s magic, no matter what the movie’s about.”

“I don’t think any movie or any book or any work of art can solve the stalemate in the Middle East today. But it’s certainly worth a try.”

“The public has an appetite for anything about imagination – anything that is as far away from reality as is creatively possible.”

“When war comes, two things happen – profits go way, way up and all perishables go way, way down. There becomes a market for them.”

Steven Spielberg is an American filmmaker and television producer who has enjoyed a career spanning more than six decades. Spielberg has directed and produced scores of acclaimed movies and television shows over the years, starting from 1975’s Jaws. He has a net worth of $7.5 billion, which is enough to make him the second-wealthiest celebrity in the world after George Lucas.