You say ‘stocks’, the Web says ‘stonks’. Just what exactly does ‘stonks’ mean and where did this odd meme begin? Word on Reddit is that the actual image used for the Stonks meme has been around Tumblr since 2015 or 2016. In 2017, it was seen on a Facebook page, Special Meme Fresh.

The word itself, ‘stonk’, means ‘a concentrated artillery bombardment’, at least according to the dictionary. However, when used in the meme, it’s interpreted as an intentional misspelling of the word ‘stocks’ – and thus, it’s association with financial memes in general.

One of the most hilarious uses of the meme came about when an image went viral of someone begging their ex to come back and accidentally sent the stonk image. After that, Elon Musk did his own version of the stonk meme, perhaps solidifying the relationship between the weird gray head in the suit and investing jokes.

Not sure what to do with stonks memes? Here are 50 of them to send to your financial advisor. 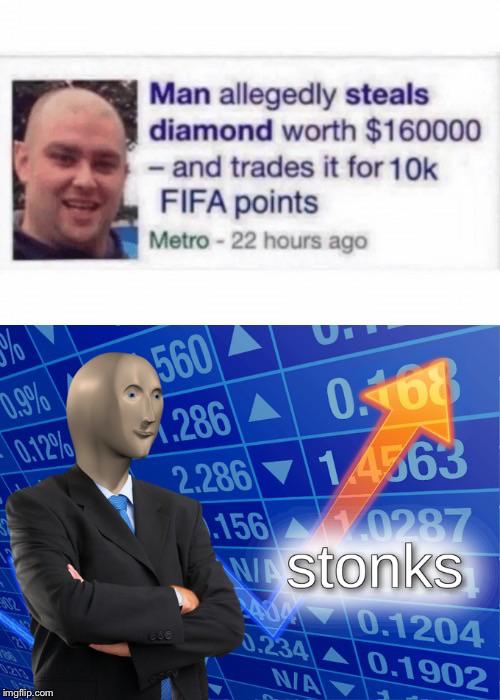