Who Is Terry Crews?

Terry Crews had a successful football career before venturing into acting full-time. He played as a linebacker and defensive end for various National Football League (NFL) clubs, including the Los Angeles Rams, San Diego Chargers, and the Washington Redskins. Crews also played football in the World League of American Football (WLAF) for the Rhein Fire.

Terrence Alan Crews was born on July 30, 1968, in Flint, Michigan, United States, to Terry Crews Sr. and Patricia Crews. Terry was mainly raised by his mom as his alcoholic father was largely unavailable.

Crews attended Flint Southwestern Classical Academy. After graduating from high school, he won two scholarships – an athletic scholarship to Western Michigan University and an art scholarship to the Interlochen Center for the Arts.

While in Western Michigan University, Terry Crews played football as a defensive end for the Broncos. His football talents caught the attention of major NFL franchises and in 1991, he was drafted by the Los Angeles Rams as the 281st pick in the 11th round. 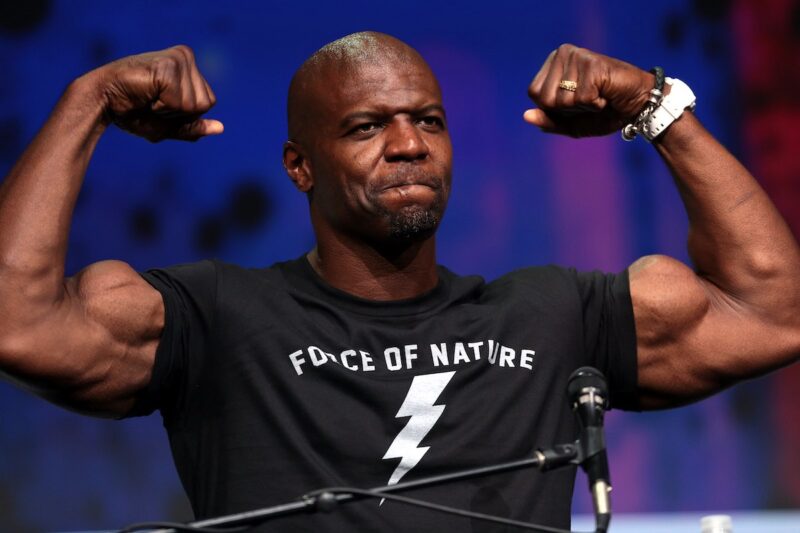 Terry Crews made his acting debut in 1999 by playing a character athlete in the game show ‘Battle Dome.’ The following year, Crews made his film debut in the movie ‘The 6th Day.’

Crews subsequently appeared in the 2001 film Training Day, playing the role of a gang member. The following year, he appeared in the films ‘Serving Sara,’ and ‘Friday After Next,’ as well as in the television series ‘The District.’

In 2012, Terry Crews reprised his role in the film The Expendables 2. The following year, Crews starred in the movie Scary Movie 5 and also featured in 5 episodes of the television series Arrested Development.

The following are other noteworthy films and television shows that Terry Crews has appeared in over the years:

Terry Crews has also dipped his toes in writing, art, and music.

In 2014, Crews published a book titled ‘Manhood: How to Be a Better Man or Just Live With One.’ The book details some of his personal struggles, including pornography addiction.

Crews’ first gig as an artist was as a courtroom sketch artist in Flint, Michigan. It’s actually due to his artistic flair that Terry received an art scholarship to Interlochen Center for the Arts.

In music, Terry Crews is best known for appearing in music videos by other artists. Examples include the videos to the tracks “These Walls” by Kendrick Lamar (feat. Bilal, Anna Wise & Thundercat) and “Swish Swish” by Katy Perry (feat. Nicki Minaj).

Terry Crews has undoubtedly enjoyed a stellar acting career. Besides the fame that comes with being a Hollywood A-lister, Terry has also amassed considerable wealth from his various acting roles. As of January 1, 2022, Crews had a net worth of $25 million.

But Terry Crews’ net worth isn’t entirely attributable to acting. It also comes from salaries and bonuses during his days as a football player.

Terry’s other engagements, such as sketch art, writing, and music video appearances, have likely also contributed to his current net worth.

1. Never depend on one income stream

Terry Crews has consistently undertaken multiple income-generating ventures over the years. He reportedly supplemented his NFL salary by painting portraits of his teammates.

Crews has been widely praised for coming out with stories of sexual and physical abuse that his family endured in the hands of his father. He was also lauded for highlighting his struggles with pornography in his book ‘Manhood: How to Be a Better Man or Just Live With One.’

3. Be flexible and adaptable to the industry’s ever-changing trends

Terry Crews is most noted for his comedic roles. However, the actor has demonstrated exceptional flexibility by accepting roles in movies from other genres. Examples include the action films ‘Deadpool 2’ and The Expendables film franchise. 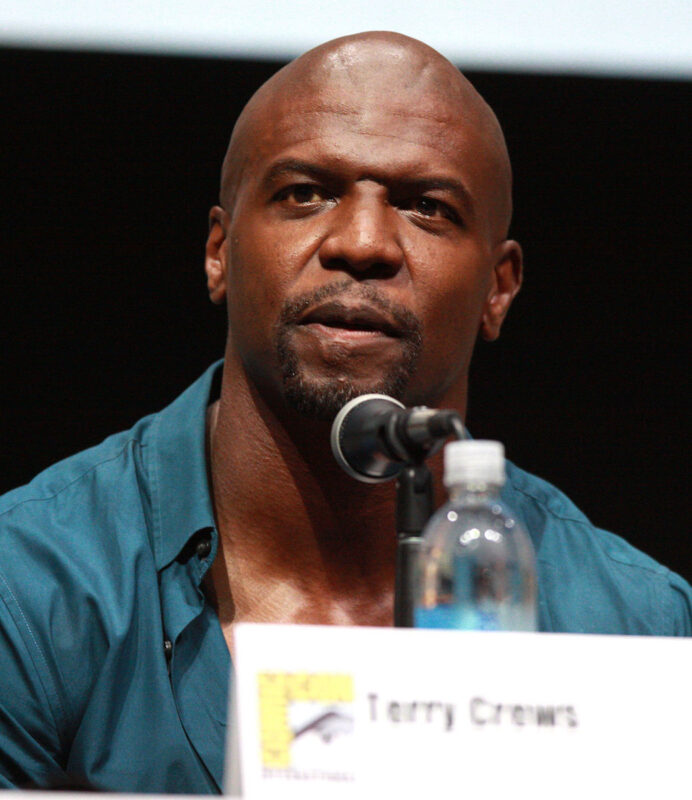 • “No” is negotiable.
• Embrace failure. Never never quit. Get very comfortable with that uneasy feeling of going against the grain and trying something new.
• Never let anyone define you. You are the only person who defines you. No one can speak for you. Only you speak for you. You are your only voice.
• Our struggles make us who we are.
• The best you can do is always good. I realized you don’t have to be perfect, you just have to be faithful in your attempts.

Terry Crews has enjoyed an acting career spanning close to two and a half decades. Crews has appeared in several Hollywood blockbusters over that duration.

His various cinematic ventures, coupled with his football salary and other engagements, have translated to his $25 million net worth as of December 1, 2021.