When the crime comedy film hit theaters in 1998, not many paid attention to the ‘Dude’ and his crazy adventures across Los Angeles. But years later, The Big Lebowski has found more than just a cult following. Spawning not only t-shirts, but also party themes, cosplays, a cocktail, and fan clubs, the movie has become a lifestyle.

But what is it about the Lebowski that makes it so…endearing?

In essence, many have said that there’s ‘no actual plot’ in the story. Rather, it’s more of an attitude. The movie’s incongruous combinations, like the cowboy in the bowling alley or the paraplegic millionaire, seems to show a crazy world where the only way to fit in is to embody a sense of calm or detachment. And this is exactly what The Dude is about.

No one could have predicted that The Big Lebowski would create a genre of its own: the slack noir or stoner noir.

The Coen brothers did admit they wanted to make a nod to works by renowned novelist, Raymond Chandler. In fact, some of the scenes will remind you of the 1964 noir film, The Big Sleep (based on Chandler’s novel): the Dude’s incessant drinking, the moody femme fatale, and of course, the big mystery.

Unlike actual noir movies that focus on solving mysteries starring cynical personal investigators, The Big Lebowski instead gives us a chill, unemployed Dude who gets wound up over a rug. What follows, depending on your perspective, is a series of mishaps that eventually lead to the demise of one of their friends.

But as with everything that the Dude believes in, you just need to go with the flow. And while the ending is part bittersweet and part hilarious, life must go on. So the Dude and his friends go bowling.

Is The Big Lebowski nothing more than nearly two hours of chaos? Perhaps. Or it could also be a film ahead of its time. During a period that dealt mostly with teen angst and romance, here’s a movie that anyone of any age can simply enjoy.

Related  Remembering the Fallen Ones: 80 Quotes for Memorial Day

23 years after its initial release, more and more people are getting into the Dude vibe. Why stress yourself over things that you can’t control?

Like the Dude, you can just create your own routines, like drinking White Russian throughout the day and bowling with friends thrice a week, and call that a life. Perhaps the greatest adventure will happen if, like the tumbleweed at the beginning of the movie, you allow yourself to be carried on by the wind.

If you haven’t seen the film, it’s time you should. Whether or not you enjoyed the cult classic, is more of your opinion, really. But you can’t deny that these Big Lebowski quotes are certainly one-of-a-kind. 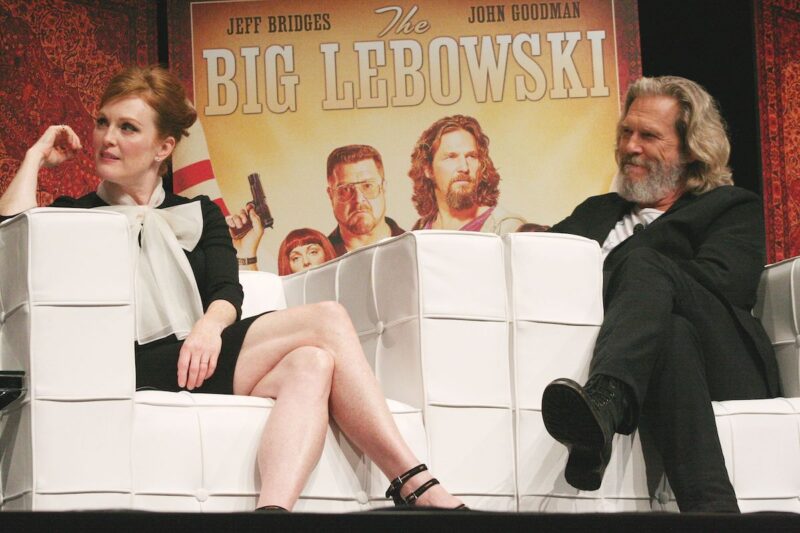